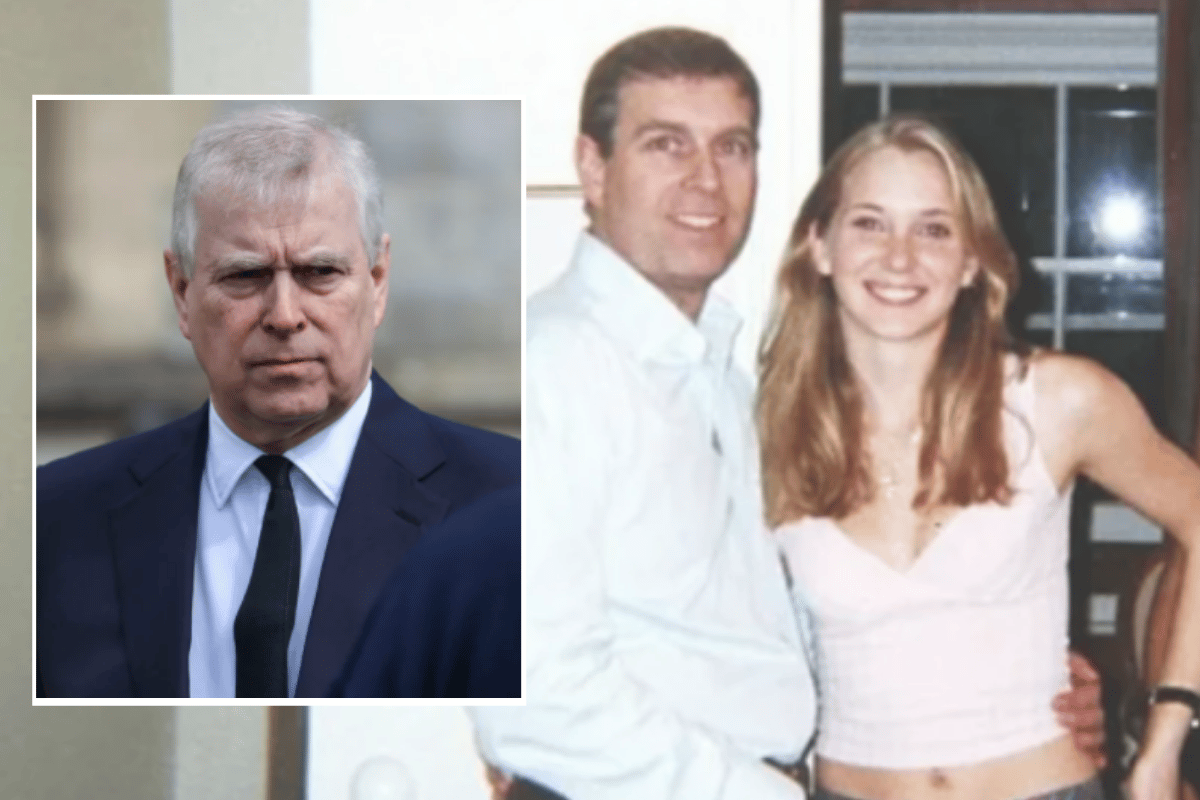 In August 2021, Virginia Roberts Giuffre filed a civil case in New York against the Duke of York, Prince Andrew, claiming he abused her when she was 17.

The lawsuit alleges the Prince engaged in sexual acts without Giuffre's consent, knowing how young she was and "that she was a sex-trafficking victim".

Prince Andrew has denied the allegations.

With multiple updates in the lawsuit this week, including a call from Giuffre's lawyers for Prince Andrew to show evidence that he "cannot sweat" as he claims, here's everything we know about the case.

Watch: Prince Andrew denying allegations by Giuffre on BBC in 2019. Post continues below.

What has Virginia Giuffre said?

Prince Andrew is one of the most prominent people linked to convicted sex offender, Jeffrey Epstein, with his name repeatedly mentioned in legal depositions surrounding accusations against Epstein for running a decades-long sex trafficking ring along with British socialite Ghislaine Maxwell.

In one document from 2015, accuser Virginia Giuffre alleged she was forced to have sex with Prince Andrew - the Queen's second son who holds the title the Duke of York  - on three occasions when she was a child. The palace has denied this.

Giuffre said Andrew was one of Epstein's regular clients.

"We went to club Tramp and he [Prince Andrew] danced with me. And he sweats a lot, and he smells funny," Giuffre told 60 Minutes in 2019. 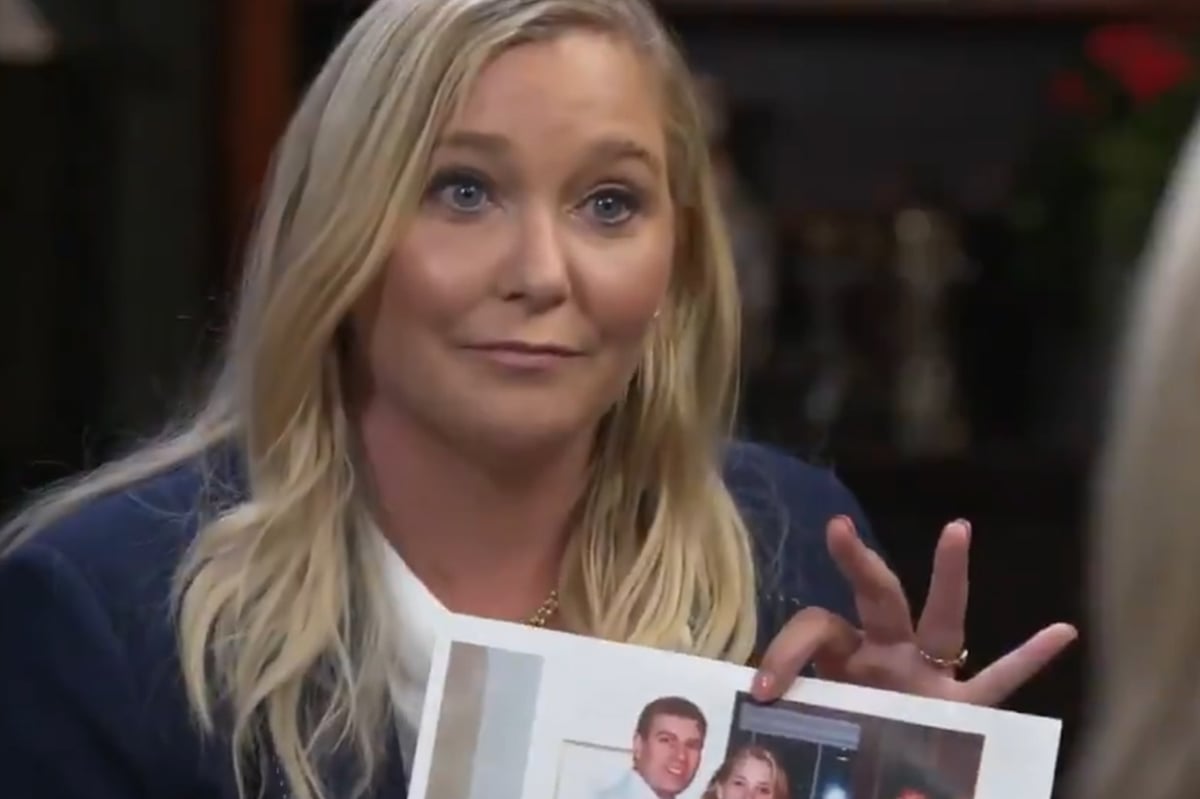 "And then we get in the car and Ghislaine tells me in the car that I have to do what I do for Jeffrey for Prince Andrew and that’s where I learned what was going to happen."

At the time, Giuffre maintained that she was trafficked to Prince Andrew for sex three times - once in London, once in New York, and once on Epstein's private island.

A photo from 2001, showing Prince Andrew with his hand around the then 17-year-old Giuffre's waist seemingly confirms that they met. In the background of the photo, Maxwell is smiling at the camera. 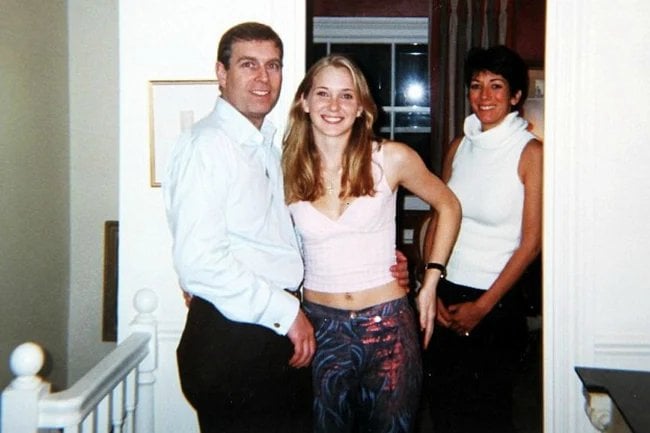 In a 2019 interview with BBC's Newsnight, Andrew was quizzed at length about allegations he raped Giuffre, to which he vehemently denied any memory of meeting her.

"I was with the children [on the night accused of raping Giuffre] and I’d taken [daughter Princess] Beatrice to a Pizza Express in Woking for a party at, I suppose, sort of 4pm or 5pm in the afternoon. And then because the Duchess [Sarah Ferguson] was away, we have a simple rule in the family that when one is away, the other is there."

When asked how he could possibly remember with such specificity what he was doing that night, he responded because it was a "very unusual thing for me to do".

As for the image depicting Prince Andrew with Giuffre, he said: "I’m at a loss to explain this particular photograph." 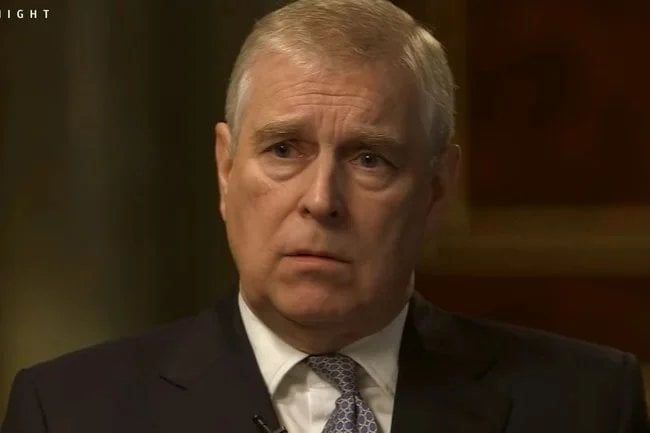 "I do not remember the photograph being taken and I’ve said consistently and frequently that we never had any sexual contact whatever.

"I'm afraid to say that I don't believe that photograph was taken in the way that has been suggested. If the original was ever produced, then perhaps we might be able to solve it but I can't."

In the bizarre interview, he also attempted to disprove her claim that he was "sweaty" by arguing he had a "peculiar medical condition which is that I don't sweat".

In 2021, Prince Andrew's lawyers accepted legal papers against the royal, accused of sexual assault and battery by Giuffre.

According to court documents, Giuffre says she feared for her life when she was allegedly forced to have sex with the Prince.

"Prince Andrew's actions, described above, constitute extreme and outrageous conduct that shocks the conscience," the lawsuit states. "It has caused, and continues to cause her, significant emotional and psychological distress and harm." 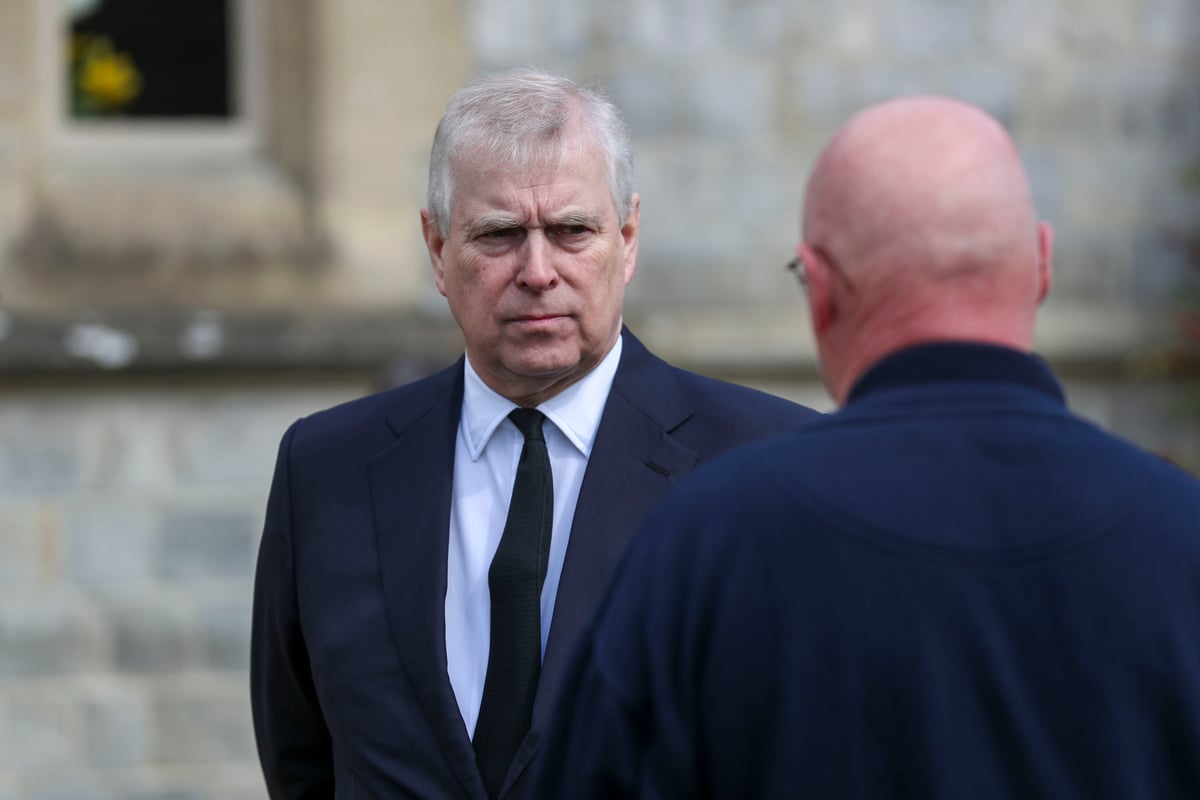 The Prince has not been charged with any crimes and has been trying to have Giuffre's civil lawsuit dismissed.

He is named as the only defendant in the civil litigation suit, brought under New York state’s Child Victims Act, although Epstein and his former girlfriend Ghislaine Maxwell are mentioned frequently throughout.

In December, Maxwell was found guilty of luring teenage girls to be sexually abused by Epstein between 1994 and 2004.

Another piece of news to come out last year, was the fact Prince Andrew has been asked to provide evidence surrounding his claims that he "doesn't sweat".

But according to The Times UK, Prince Andrew's lawyers, they cannot provide documentary evidence that he has the "inability to sweat", despite it being a riposte against claims he sexually assaulted Giuffre.

The Times UK has also reported he is unable to name any witnesses to support his alibi that he was in Pizza Express in Woking on the night of the accused assault.

Prince Andrew has been asked to provide documentary evidence of “his alleged inability to sweat” and the names of anyone he met at a Pizza Express in Woking by lawyers for Virginia Giuffre https://t.co/oZQ3odd3Bq

A 2009 settlement agreement is made public.

On Tuesday January 4, the settlement agreement between Epstein and Giuffre was made public.

The 2009 settlement agreement was made public as part of Giuffre's civil lawsuit against Prince Andrew, who has said the deal shields him from any liability.

The agreement between Epstein and Giuffre contains a liability release for "any other person or entity" who could have been a defendant against claims by Giuffre. The deal also provided for Giuffre to be paid $500,000 ($A692,713).

It will now be up to US District Judge Lewis Kaplan in New York to determine whether the clause in the 2009 pact blocks Giuffre's lawsuit against Prince Andrew.

Listen to Mamamia Out Loud: The interview that was "nuclear explosion level bad". Post continues after audio.

The litigation is in its early stages, and Judge Kaplan has said it could go to trial between September and December 2022 if no settlement is reached.

In terms of a settlement, both Prince Andrew and Giuffre could agree to settle outside of court, wherein the Prince would pay the plaintiff damages. To do this though, the Prince may be accepting an implied liability, which looks unlikely based on his vehement denial of allegations in the past.

This week, a New York judge ruled that the civil lawsuit can continue despite Andrew's motion to have the case dismissed.

As it is a civil damages case, the Prince does not have to travel to the US for trial. 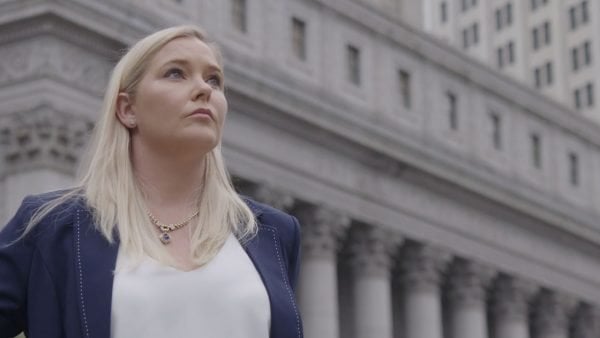 Prince Andrew is stripped of his military titles and royal patronages.

On Thursday, the royal family announced Prince Andrew's military links and royal patronages have been removed and he will no longer be known as "His Royal Highness".

"With the Queen's approval and agreement, The Duke of York's military affiliations and royal patronages have been returned to the Queen," Buckingham Palace said in a statement.

"The Duke of York will continue not to undertake any public duties and is defending this case as a private citizen."

A statement from Buckingham Palace regarding The Duke of York: pic.twitter.com/OCeSqzCP38

The news comes after an open letter to the Queen, signed by more than 150 veterans, calling for Andrew to have his military titles taken away and "if necessary, that he be dishonourably discharged", was published by the anti-monarchy campaign group Republic.

They called for the Queen to take immediate action because her son had been "uncooperative and less than truthful" about his relationship with Epstein, and had brought the armed services he represented into disrepute.

"Regardless of the result of Virginia Giuffre's civil case against Prince Andrew, his position in Britain's armed forces is now untenable," the veterans' letter said.

If you or anyone you know has been the victim of a sexual assault. Help is available. Call the National Sexual Assault, Domestic, Family Violence Counselling Service 24/7 on 1800 737 732.

Reply
Upvote
1 upvotes
He needs to.face the consequences of his actions.    Honestly  I'm getting tired of the Royal Family they are not good role models . Let's get rid of them and become an independent country
C
cat a year ago