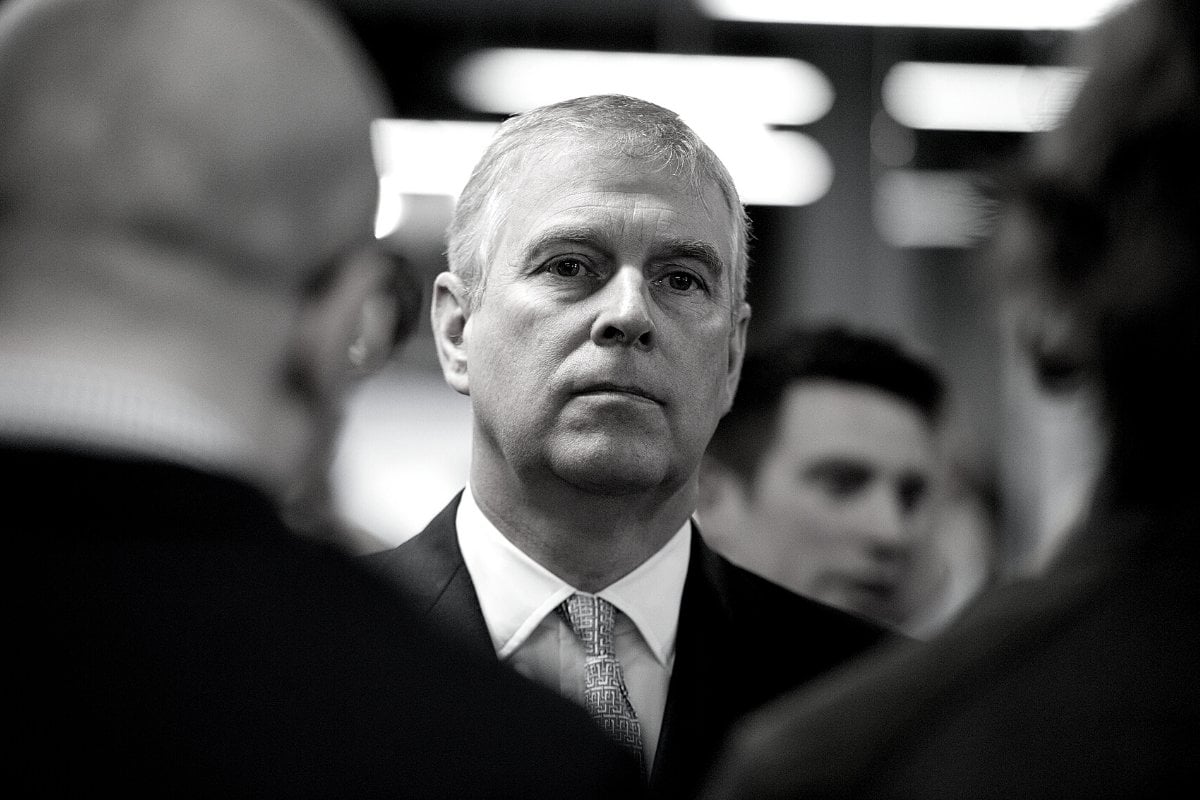 Hundreds of millions of people the world over have now watched Prince Harry and Meghan Markle's 90-minute 'tell-all' interview with Oprah.

It will be the watercooler discussion for days.

There have been headlines and front pages, op-eds and body language experts. Piers Morgan has written a column with lots of capital letters and disparaging nicknames for Meghan. Others have dissected the interview for comparisons to Princess Diana and applaud the couple's 'bravery'.

There are, of course, plenty of very valid conversations to be had in regards to the Windsors, the privilege and power they hold and the British press and its treatment of Meghan.

But ever since the Oprah interview was announced, the response has perplexed me.

It's everywhere, it's inflammatory, and it's caused the royal family to come out on the defensive with the Queen's television address and an inquiry into Meghan's 'bullying' of staff.

But Prince Andrew is right there.

He's always been right there.

This Harry and Meghan drama is entertaining, for sure. 'Rich, untouchable family airs its dirty laundry on TV' has the promise of a pretty good Netflix drama series.

But have we lost perspective?

No one in this situation is accused of committing a crime. 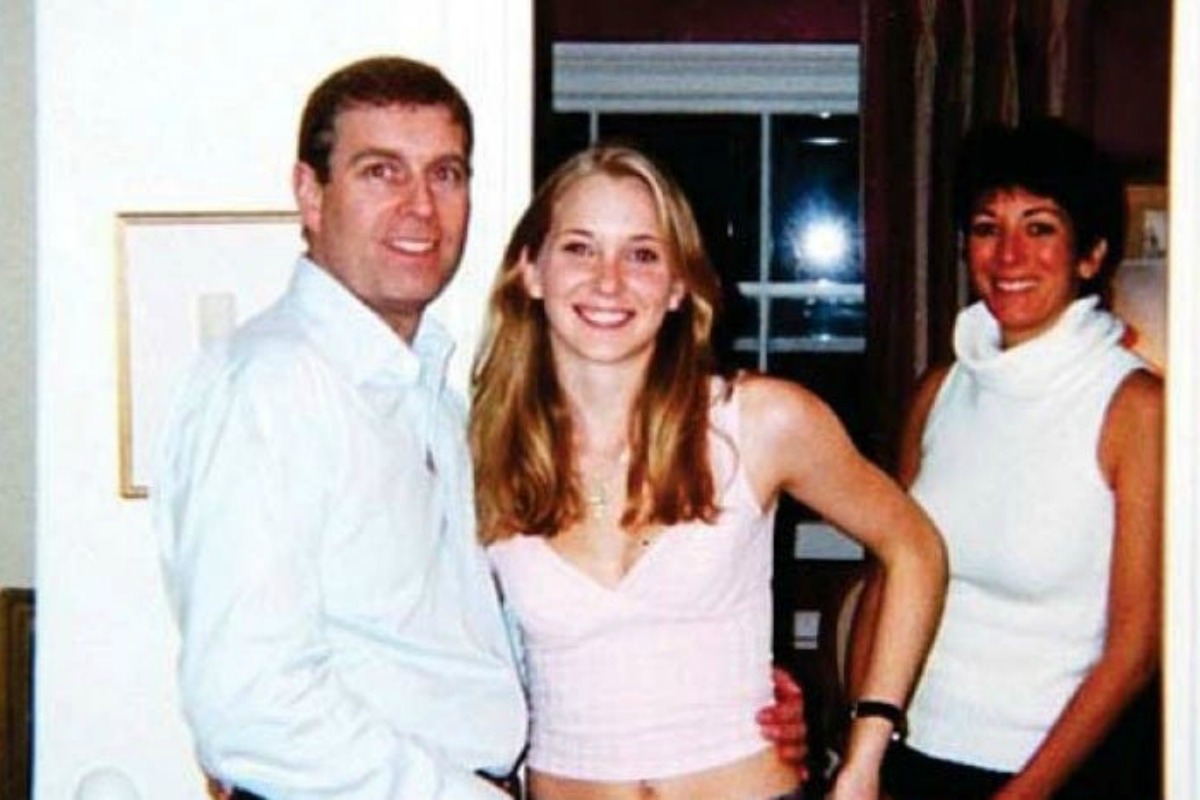 No one in this situation is accused of visiting a close friend, a registered sex offender, close to a dozen times in as many years and benefiting from said friend's sex trafficking.

There is another royal scandal that does involve criminal activity - against minors - and has, since a disastrous 2019 attempt to make it go away, been swept under the rug.

These are the facts:

In one document, accuser Virginia Giuffre said she was forced to have sex with Andrew - the Queen's second son whose title is the Duke of York  - on three occasions when she was a child. He and the palace have denied this.

Giuffre said Andrew was one of Epstein's regular clients.

Andrew stayed with Epstein on 10 separate occasions over a 12-year period, including after Epstein became a registered sex offender in 2008.

During an interview with BBC's Newsnight, Andrew was quizzed at length about this friendship and allegations he raped teenage Giuffre.

Andrew denied the allegations from Giuffre. He said he was at a pizza restaurant on the day in 2001 she alleged to have been with him. He also attempted to disprove her claim that he was "sweaty" by arguing he had a "peculiar medical condition which is that I don't sweat". 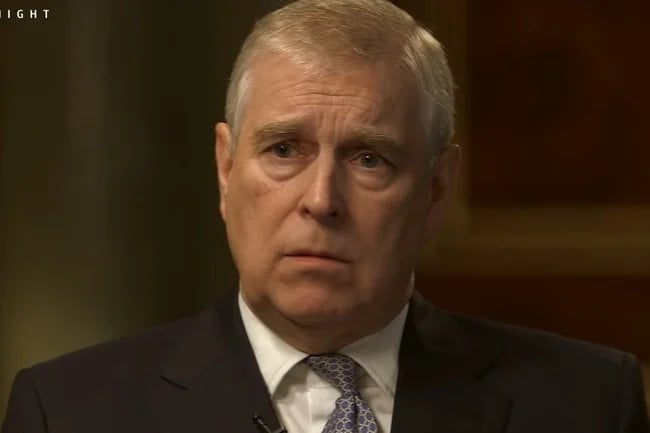 He alluded to a photo showing he and Giuffre together, the prince with his arm around the waist of the then-17-year-old, being fake, in part because as a member of the royal family he was "not one to, as it were, hug, and public displays of affection are not something that I do".

He did not express any sympathy for Epstein's victims.

Andrew said he did not regret his friendship with Epstein, who he described as "unbecoming", because Epstein taught him about trade and business.

It was a train wreck and a PR disaster for the royals.

Andrew was quickly shuffled into the background, stripped of his royal duties. He didn't feature in any of the released images from his daughter Beatrice's 2020 wedding.

Andrew has not cooperated with the US authorities. This is despite assuring the public he would. 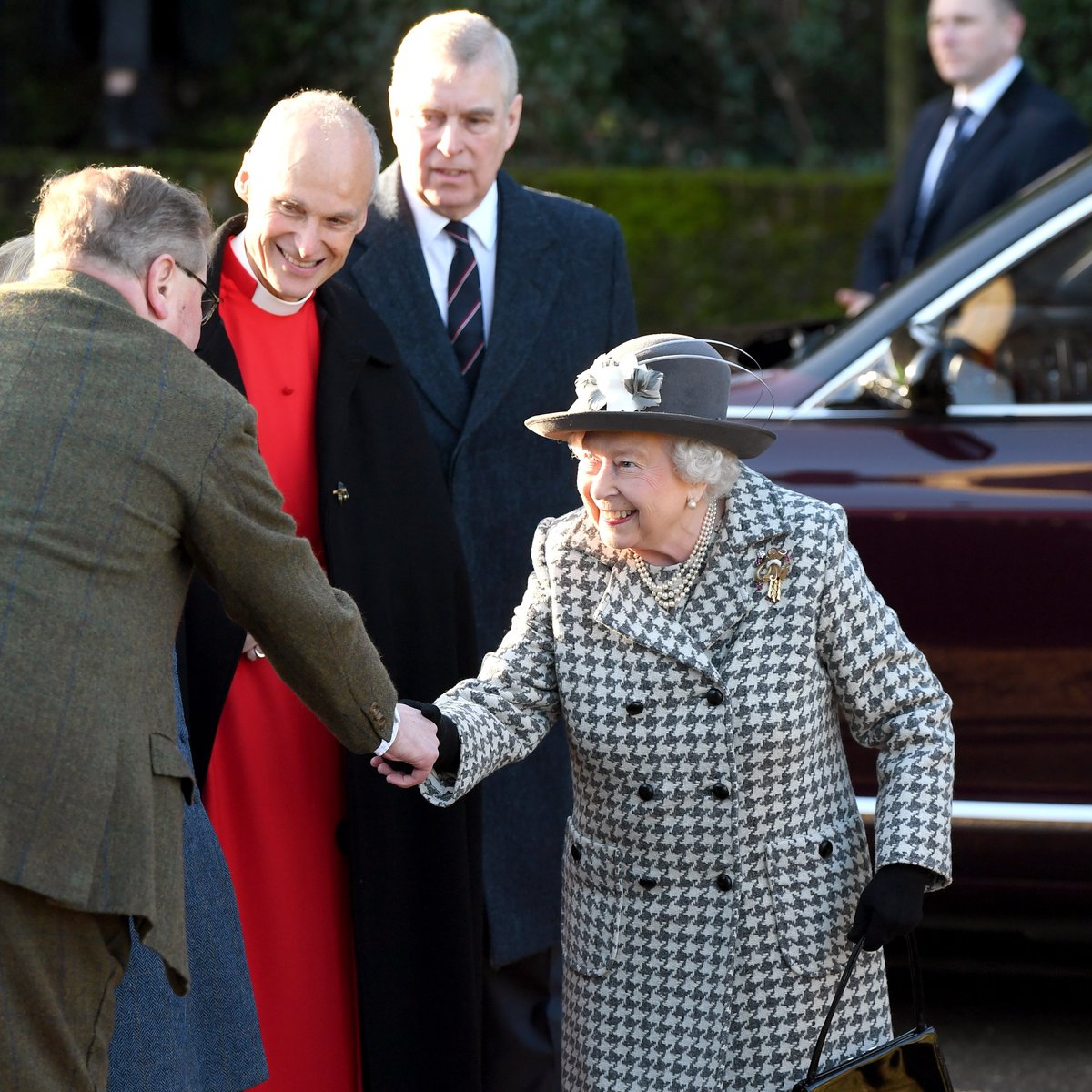 Andrew accompanies the Queen to church in January 2020. Image: Getty.

He's still invited to family Christmas. He still attends church with his mother. He's also still living the luxurious life he is accustomed to, paid for out of the Queen's personal estate now that he's not a 'working' royal. And there has been no suggestion he lose his title of Duke.

Yes. Besides no longer attending the odd charity appearance, Andrew's life has mostly continued as normal.

The royal family have bigger fish to fry, you see. Because Meghan and Harry left 'the firm' and the brothers might be fighting and goodness, what do you know, they're opening an investigation into Meghan's alleged abuse of staff.

The royal family is all too eager to investigate Meghan, but there has not been an investigation into Andrew.

It's a stark display of hypocrisy. It should be unforgivable.

Headlines and commentators ahead of Meghan and Harry's sitdown speculated about whether the couple could 'damage the future of the monarchy', and 'tarnish the royal family forever'.

How have allegations of child sex abuse against the Queen's 'favourite' son not already done that?

Andrew will watch Meghan and Harry's interview, and the inevitable fallout, with immense relief.

If there's anyone who wins from all of this palaver, it's him.

Reply
Upvote
2 upvotes
I don’t understand why people keep linking the Andrew story to H&M situation. Andrew must be investigated by the law enforcement.
G
guest2 10 months ago

Reply
Upvote
2 upvotes
@mccourt in the original case against Epstein, Andrew was never a person of interest, according to law enforcement officials at the time.   The interest in Andrew now, is because of the civil law suit brought against Epstein's estate and again, not that he himself has a criminal case to answer, but in the hope he can shed more information about Epstein.    The FBI want to question  Andrew in the hope his testimony can help them with their case against Ghislaine Maxwell.
C
cat 10 months ago

Reply
Upvote
10 upvotes
@mccourt The way they’ve covered for Andrew’s (alleged) crimes shows how much power they could have used to protect Meghan, but instead they let the press run wild with racist abuse.
G
guest2 10 months ago

Reply
Upvote
3 upvotes
@cat The press were brutal when it came to the allegations about Andrew and, by the way, in the UK, the press is free.
C
cat 10 months ago