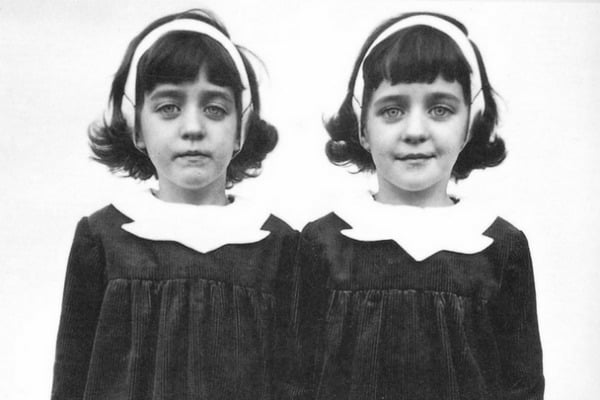 In May 1957, in the small town of Hexham in England, 11-year-old Joanna Pollock and her younger sister, six-year-old Jacqueline, were on their way to church with their friend Anthony when they were struck by an erratic driver.

It was later discovered that the driver, a local woman who was under the influence of a number of drugs, had intentionally hit the three children after being forcibly separated from her own kids. The case later made headlines throughout Britain, with the woman eventually taken to a psychiatric hospital.

Watch: Just five of the most haunting true crime documentaries. Post continues below.

Following the death of Joanna and Jacqueline, the girls' parents, John and Florence Pollock, were devastated.

But when Florence later fell pregnant, John became convinced that the two girls would be reborn into the family as twins.

The couple, who were devout Catholics, often argued over the premise of reincarnation, with Florence strongly rejecting John's beliefs. It was later reported that the couple's entire marriage was even threatened as a result, with Florence almost filing for divorce.

There was also no history of twins in either parent's family, and Florence's doctor had predicted a single birth, meaning the likelihood of twins was low.

Against all odds, however, Florence gave birth to twin girls on October 4, 1958. The twins were named Gillian and Jennifer.

While the twins were identical, the pair had different birthmarks, which is considered highly unusual.

When the twins were three months old, the family relocated to Whitley Bay, which is east of Hexham.

As the girls got older, however, it became clear that Gillian and Jennifer seemed to remember Hexham in detail, despite not growing up in the small town.

When the family returned to Hexham when the girls were four, the twins pointed out and named landmarks they hadn't seen before, such as the school Joanna and Jacqueline had attended, the Hexham Abbey, and a playground their deceased sisters loved. The pair even seemed to know the way to the playground without having ever seen it.

Likewise, the twins were also able to identify their late sisters' toys by name.

Although Florence had stored the late girls' toys out of sight, the twins started to ask for certain toys back. In fact, it was almost as if the twins remembered the toys as their own.

They were able to name their toys by their names previously given to them, and they even divided the toys up exactly as their sisters did. They also referred to the fact that the toys came from Santa Claus, which was true.

Florence and John also noticed that the twins had very similar personalities when compared to their older sisters.

While Joanna was very protective of her younger sister Jacqueline, Gillian seemed more mature than her twin sister. Gillian, who was born 10 minutes before Jennifer, also often looked after her twin, much like Joanna looked after Jacqueline.

The parents also noted that the twins even enjoyed the same games and foods as their siblings.

For the first few years of the twins' life, Florence continued to reject John's suggestions that the pair had been "reincarnated".

After finding the twins talking about the car accident, however, she changed her mind.

On one occasion, Florence overheard the girls playing a game where they recreated their sisters' accident. Gillian was cradling Jennifer's head, telling her: "The blood's coming out of your eyes. That's where the car hit you."

On another occasion, Gillian pointed to Jennifer's birthmark on her forehead and told her, "That is the mark Jennifer got when she fell on a bucket." 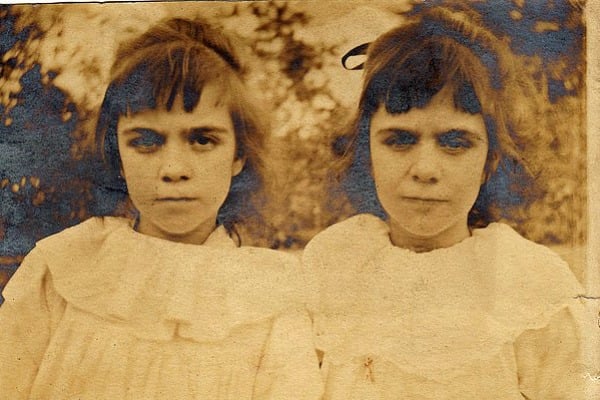 Interestingly, the twin girls also appeared to have a fear of cars. In their younger years, the twins experienced recurring nightmares about being hit by a car.

Gillian and Jennifer also regularly became frightened and anxious while near cars. When a car started its engine in an alleyway, John recalled the girls grabbing on to each other in terror, shouting: "The car is coming to get us!"

Shortly after the twins turned five, the memories of their 'past lives' slowly began to fade away as they went on to live normal lives.

While the twins lost their memories of the accident entirely, Gillian later recalled experiencing visions of herself playing in a sandpit at a home in Whickham. While Gillian had never been to Whickham, she was able to perfectly describe the house and garden that matched the home that Joanna had once lived in with her parents at four years old.

While the case of the Pollock twins has long been cited as "proof" of reincarnation, many people have argued that the twins' memories may have been influenced by their four older brothers.

While John and Florence claim that they didn't speak to the twins about their deceased sisters until they were older, it has been noted that the twins may have learnt about their story from their brothers.

Reply
Upvote
1 upvotes
Wow I just watched a video on YouTube about theses girls its so creepy.😱🎃
F
flyingdale flier 2 years ago