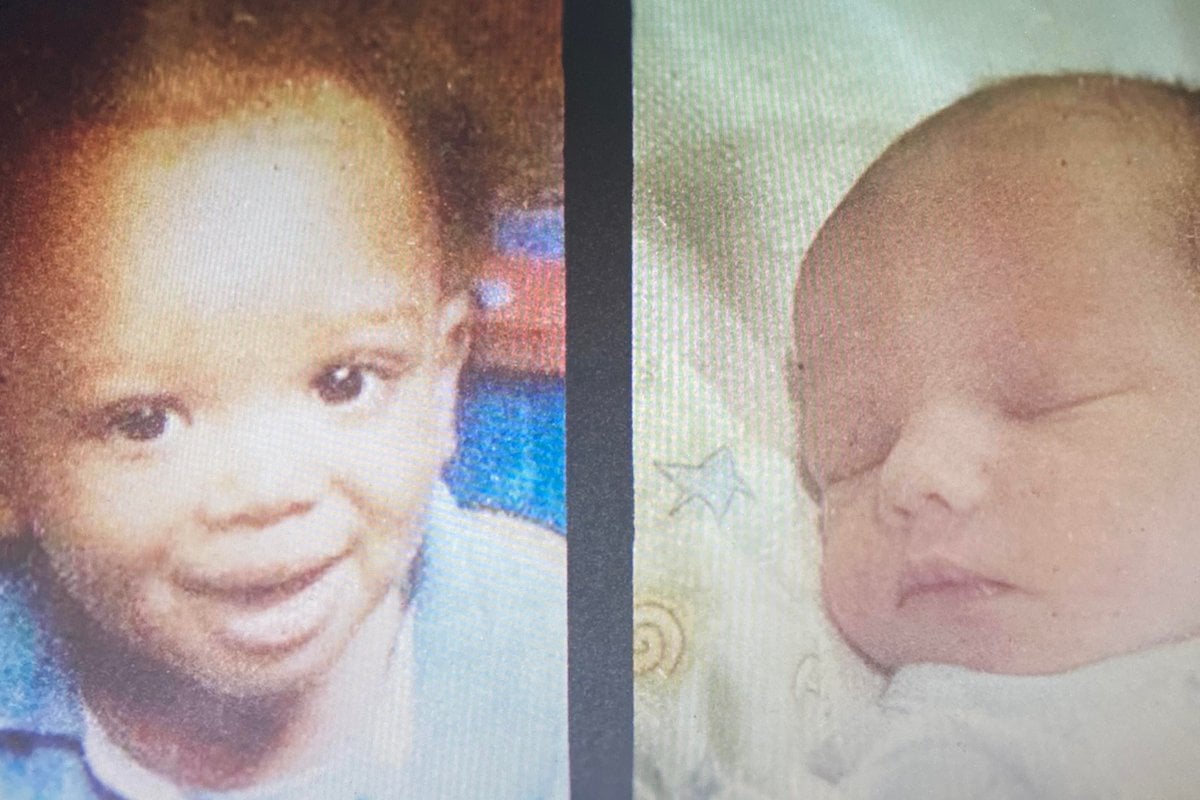 Warning: This post contains descriptions of a child murder.

When Atlas Auberry was just one and a half years old, he began having terrible night terrors.

"His eyes would be open and he would be screaming as if he was in pain," his mother Erica explains in Netflix's new documentary series, Surviving Death.

"This happened for years. I confided in his pediatrician, you know, what do we do? No one really had an answer for why he was doing that."

And then one night when he was five years old, as they were driving home, Atlas said, "I miss when my mum took me to the playground".

Erica asked if he meant her, and Atlas responded, "No my other mum with the really pretty hair".

WATCH: The trailer for Netflix's Surviving Death. Post continues below.

Atlas then told his mum that his name was Jaylen Robinson and his mum's name was Washington.

Then he said, "When I was this child, someone killed me."

"I was really trying to think about, 'Where did he come up with this name?'" Erica said in the episode. "Is this someone's name from school? What is he talking about?"

So Erica Googled the name and a news story about a 19-month-old boy who was murdered by his babysitter in Brooklyn, New York, in 2005 came up. Erica and Atlas live in Evansville, Indiana.

"I was really shocked to find the exact names," she said. "I didn't know what to do with the information. I didn't know if I should tell some people; they might think that I'm crazy."

That's when she contacted Dr Jim Tucker, a child psychiatrist at the University of Virginia School of Medicine. Tucker's speciality is researching cases of children who claim to have memories of past lives.

Tucker has been researching the phenomenon for 20 years and approaches each case from a "place of skepticism". He believes children are the most likely to retain memories from past lives and they're not likely to be influenced by knowledge of the past.

Working with Tucker, Atlas is able to correctly identify five photos from Jaylen's life, including the faces of Jaylen's mum and dad, their home, and several places the family would visit.

"She could not have created that behaviour in him, even if she was trying to make something up," Tucker said of Erica in the segment.

In March 2005, 40-year-old Tammy Williams was looking after 19-month-old Jaylen Robinson in her home while his parents, Kareen Washington and James Robinson, were working shift-work and preparing to enrol him in a nearby daycare centre.

According to the New York Times, police were called to Williams' home in East New York at midnight on a Sunday in early March. An unconscious Jaylen was taken to Brookdale University Hospital and Medical Center, where he was pronounced dead a short time later.

LISTEN: Gary Jubelin and the case that cost him his job. Post continues below.

Later that week, the medical examiner's office ruled Jaylen's death a homicide and said he had been smothered. It was reported that Jaylen had an ear infection and wouldn't stop crying, so Williams had placed duct tape over his mouth, before beating him and torturing him with a pair of scissors. She was charged with second degree murder.

"She told us at the hospital she may have overdosed him with Tylenol," Washington told The New York Times. "Then she said he may have bumped his head. She was my friend. She covered his mouth with duct tape. Why, I don't know."

On June 11, 2007, Williams took a plea deal and pleaded guilty to first degree murder. According to the New York Post, she was sentenced to 17 years behind bars.

Atlas is now seven years old, and he still remembers details of his "past life" as Jaylen.

Read more of our Extraordinary Stories:

Zona Shue was found dead on her kitchen floor. A few days later, she named her husband as her killer.

The true story of 'The Silent Twins', who decided one had to die so the other could be free.

For years, Emilie Sagee was haunted by a ghost who looked exactly like her.

The enduring mystery of Pauline Picard, the girl who went missing once and was found twice.

You can watch Surviving Death on Netflix now.

Reply
Upvote
1 upvotes
So i think its amazing that Jaylen remembers his old life.  I watched "surviving death" and the stories on there about reincarnation are remarkable and amaizng as welll. I dont know about his life beifore beating children and al of that but I do know it gives me and I am sure many others hope for adeath not being the end.  I think I had a very vivid dream of the death of my last life a and it makes me want to be a better perosn now.  It also makes me want to talk to my young children about possible memories they amaynot understand
M
mel.genevieve 8 months ago

Reply
Upvote
1 upvotes
Love that he came back to earth to live another life, perhaps there is something special he plans to accomplished in this lifetime that he wasn't able to do in his last. They say young children die young because in their last life they were abusive to children and they must return to experience that pain and learn more about humanity through that experience. Now that he has, he can focus on healing or protecting those in the world who are suffering. I believe Atlas will grow up to make a huge impact on those who are victims of child abuse. They should have told the mother of Jaylen, it would have given her peace to know her sons soul has returned to live another life. I know it would give me peace as a mother myself.
News
General
Opinion
True Crime
Politics
Sport
Explainer
Entertainment
Celebrity
Reality TV
Movies
TV
Books
Rogue
Royal
Lifestyle
Beauty
Fashion
Weddings
Home
Wellness
Health
Fitness
Travel
Food
Parents
Before The Bump
Pregnancy
Baby
Kids
Teens
School
Parent Opinion
Work & Money
Money
Finance
Career
Lady Startup
Relationships
Sex
Dating
Separation
Friendship
Family
Real Life
Couples