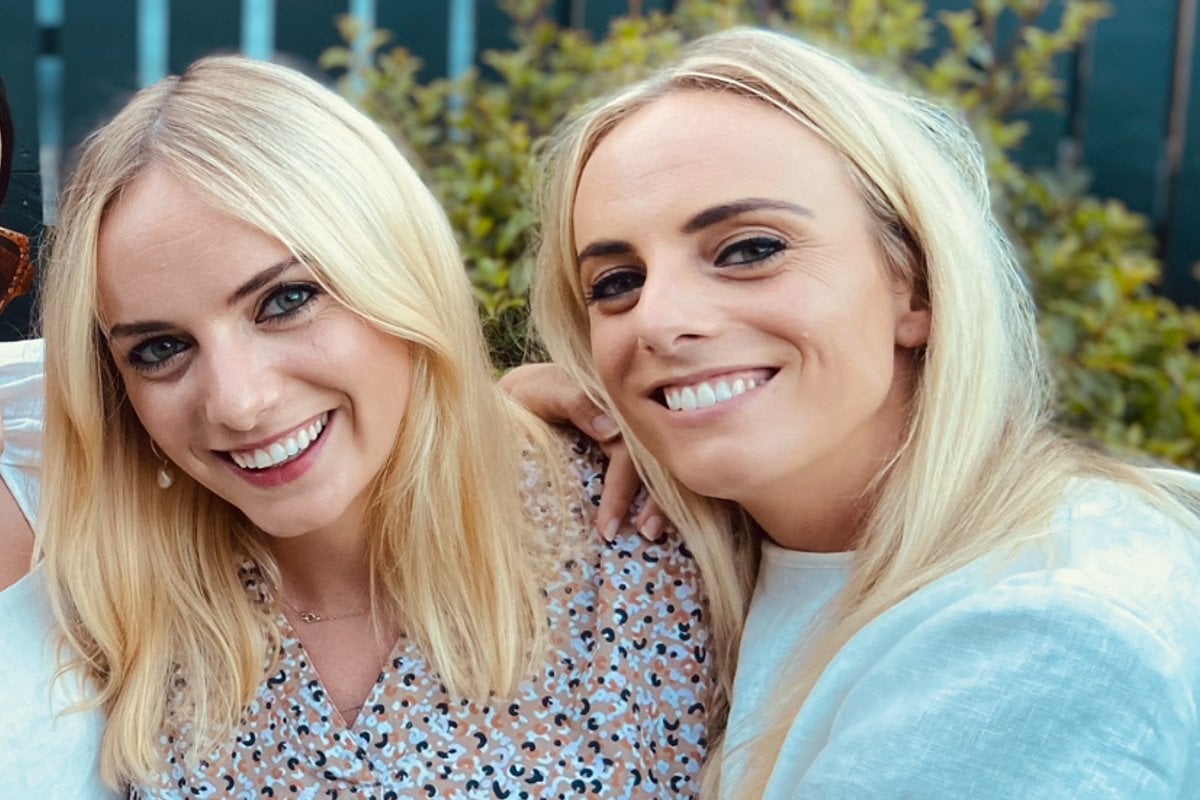 Even the ancient Greeks knew twins were creepy.

They have the same face but keep insisting they're different people.

They share a womb and you just know that while they were floating in there, they were also sharing secrets. 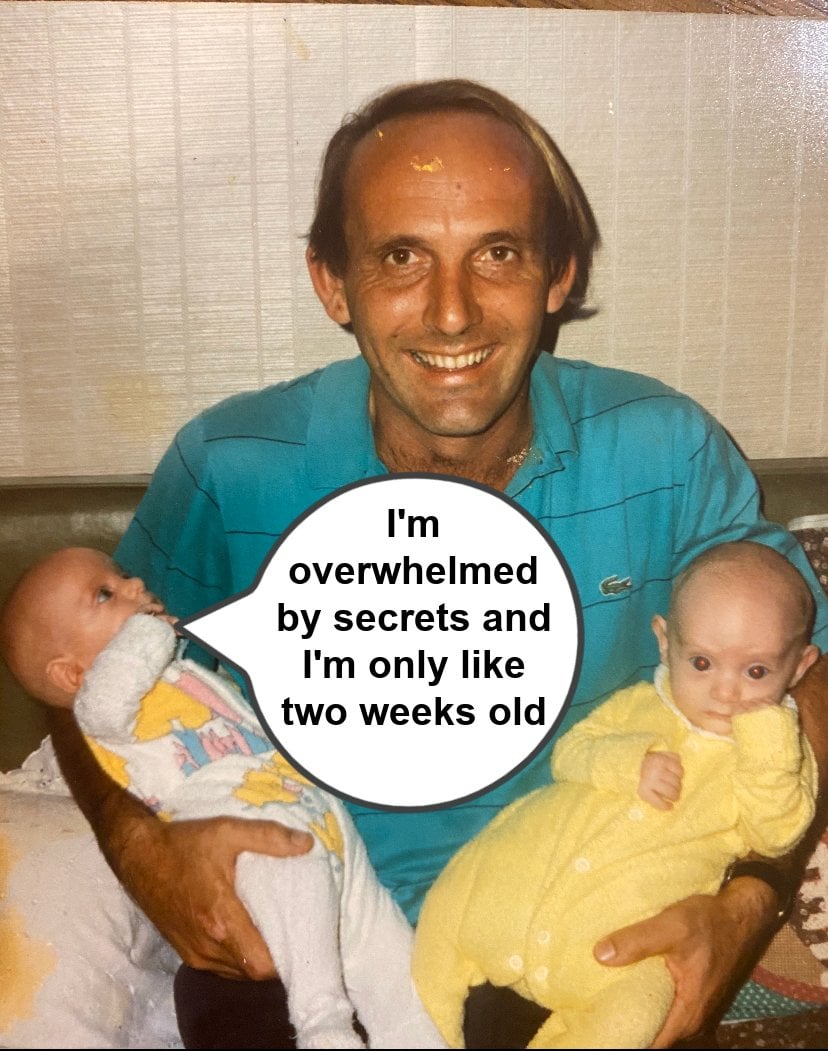 "We talked non stop for nine months straight lol." They play tricks and speak in weird tongues and excuse me but why are there two of you it's upsetting to the broader population.

I am hyperaware of how concerning twins are because I happen to be one. I also have twin brothers. And whenever I see a twin out in the wild I give them a nod. Because we know.

We know we are creepy.

But something happened the other day that made me realise most people have absolutely no idea how messed up twins actually are.

You see, I was reading an article about Australian twins Anna and Lucy DeCinque - and yes they are the twins who share the same boyfriend.

Somehow, that seemed to be the most surprising detail about sisters who have had copious amounts of plastic surgery to become the world's most identical twins and both want to have babies with a man named Ben Byrne.

People commented on the article calling their behaviour "gross" and "weird" and this is why twins don't tell you things, because you all panic.

If my twin sister was over at my house and she went to go to the bathroom, I would not hesitate to follow her in, lean on the bathroom wall, and ask her if she's seen the TikTok of the cat with a mouse on its head.

I might even then decide to have a shower and she would ask if that cleanser I'm using is any good for "our" skin and I would say "yeah it's okay", and then she would buy it before making her way to my wardrobe and shouting about all the things in there that actually belong to her and then I would say "BUT YOU STILL HAVE MY WHITE DRESS" and then my partner would ask that she please leave our house now because she's disrupting the peace.

I held a twin focus group (with my siblings) and asked if there was any other weird twin stuff we did that other people don't know about. Here's what we came up with.

But first, let me distract you with this video of me and my twin sister on a strange 'first date'. Post continues after video.

1. Actually trying to sing while asking the other one if, honestly, you're any good

Several times throughout my life I've yelled at Clare to shut up, cleared my throat, and tried to sing like a professional. Her job was to tell me honestly if I was secretly really good and just didn't know it.

Let's just say I've never sung in any other setting.

2. Calling the other one ugly in the heat of an argument

We call each other ugly all the time even though we are regularly mistaken for one another.

Several times a week I tag my twin Clare in this gif because the resemblance is uncanny.

3. Talking to each other in our sleep

Now that we don't live in the same... house... this is difficult.

But as babies and kids we both talked to each other in our sleep in a language that absolutely was not English.

It didn't make sense but absolutely followed the conventions of ordinary conversation. I would speak, then pause, at which point she would say a few things. I would argue. She would laugh. And so it went.

4. Having the same dreams

This has happened multiple times. I'll go into a detail about a dream where a friend's mum yelled at us and Clare can finish my sentence because she had the same dream last night.

5. Turning up to work/lunch/someone's party wearing the same clothes

It happened a few months ago at work.

Sometimes I'll get a delivery from The Iconic, and when I open it Clare will mutter "that was in my cart" and quickly remove it.

6. We break the law - and if you're a police person reading this then I'm just joking lol

Hypothetically we break the law sometimes.

One time we went out to a bar and while lining up I discovered I'd left my ID at home.

Clare used her ID at the door and went in, and then a friend brought the same ID out and gave it to me.

When I got to the front, the security guard did a double take and I said "HAHA MY TWIN NAMED CLARA JUST WENT IN BEFORE ME" and he ushered me in. Relatedly, what kind of parents would name their daughters Clare and Clara FFS??

Clare and I talk to Mia Freedman on No Filter about what it's like to be a twin. Post continues after podcast.

7. Communicating with just a look

My brothers often tell a story.

Jack had woken up one day and decided he would like to be the kind of person who goes for a run.

As he was running around the block, his twin brother Nick noticed he was gone.

The wardrobe was open. His runners were missing. He put together that Jack had tried running.

Nick went and waited on the front fence with his arms folded.

When Jack came around the bend and made eye contact with Nick, Nick angled his face in such a way that said: "You think you're the kind of guy who runs do you?"

Nick's gaze communicated: "We do not run."

And that is one of the many, many reasons twins are so messed up.

Reply
Upvote
My youngest son used to want me to talk with him while he went to the toilet, because he believed there were monsters in my toilet.
A
ak87 9 months ago