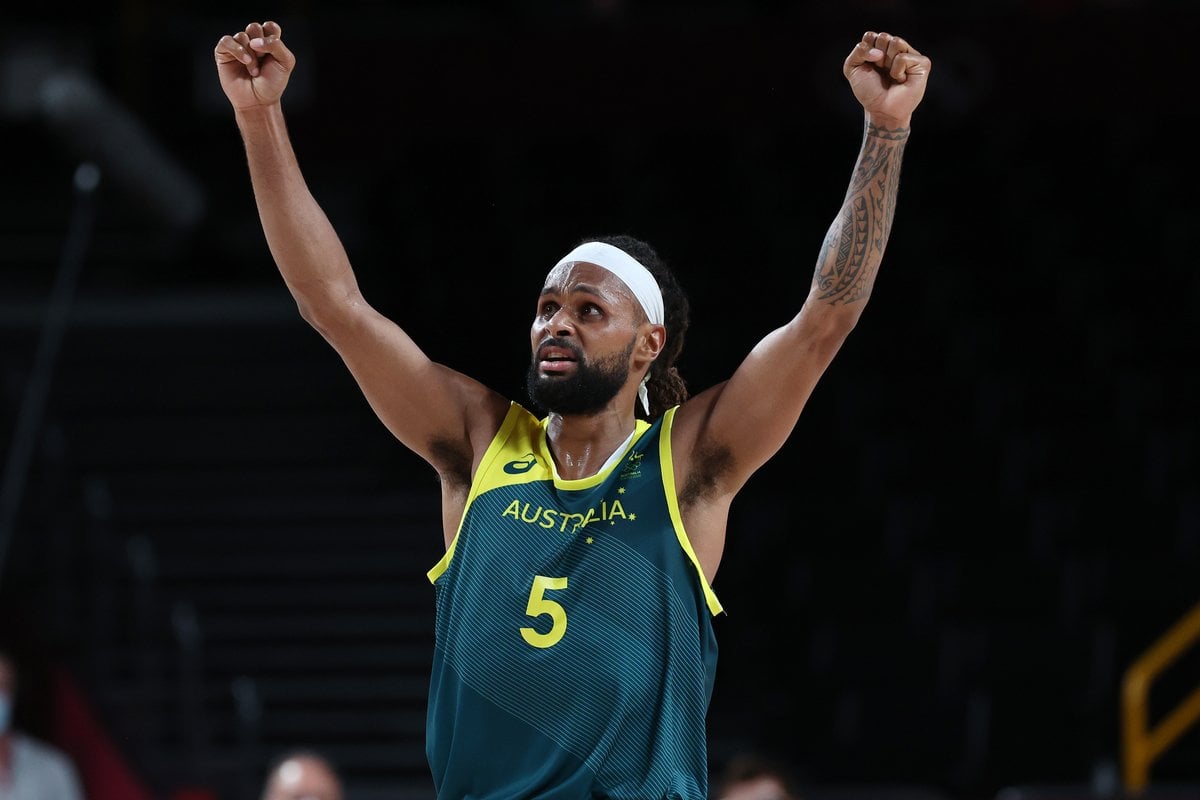 On Saturday night, Patty Mills lead the Boomers to bronze, scoring 42 points himself in the final game - a career high for the 32-year-old.

It was the first time Australia has won an Olympic medal, of any colour, in the men’s Basketball program.

"I don't know whether to cry, laugh, smile - there are a lot of emotions," Mills, who earlier became Australia's first Indigenous flag bearer at an Olympic Games opening ceremony, told Channel Seven after their win. "For us older guys who've been through a lot, for the younger boys that have come into this, they really understand now what it means to be a Boomer and hopefully the rest of the country does as well." 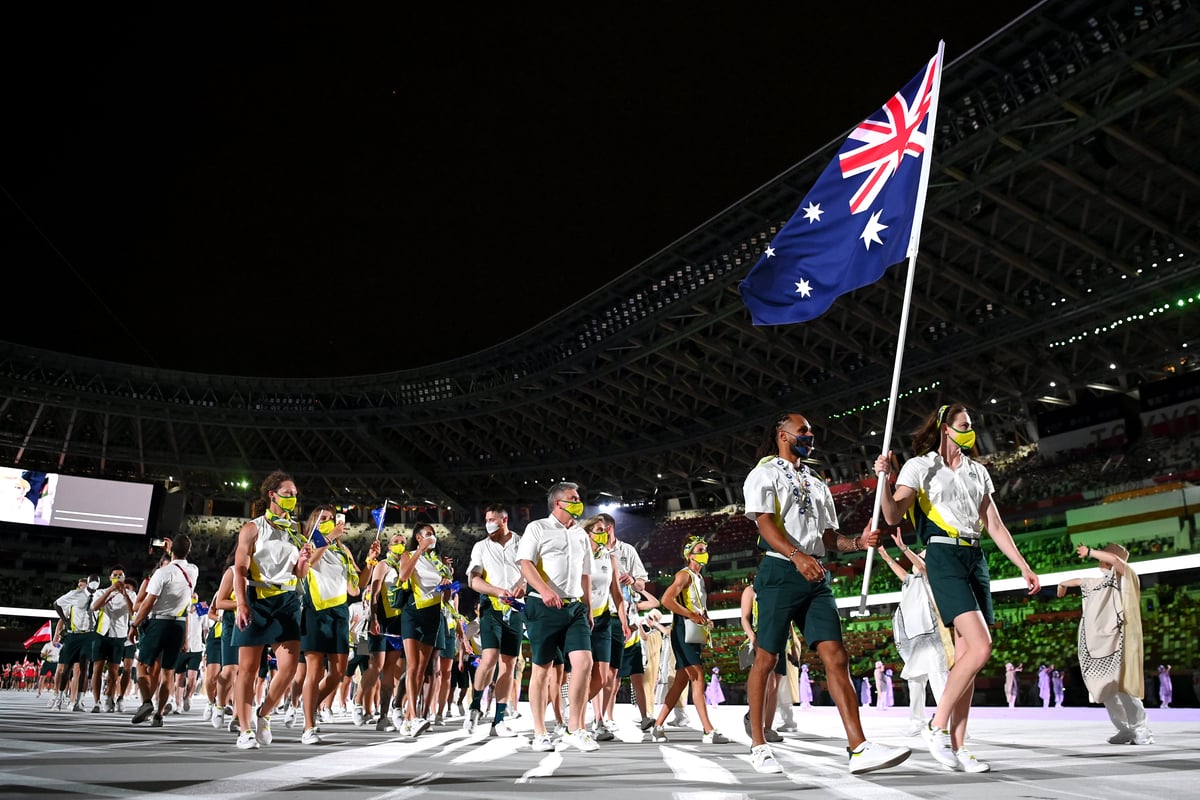 Flag bearers Cate Campbell and Patty Mills lead their team Australia out during the Opening Ceremony of the Tokyo 2021 Olympic Games. Image: Getty.

The four-time Olympian is one of Australia's most celebrated athletes. But let's talk about who Patty Mills is off the court.

Whilst Patty Mills' NBA teammates are known for their fast cars and often faster lifestyles, the Australian basketball player is renowned for his long history of charity work.

In July 2020, amid the growing Black Lives Matter movement, Patty Mills announced he would donate "every cent" of his $1.5 million NBA salary to social justice causes back home in Australia.

Specifically, his salary would go towards Black Lives Matter Australia, Black Deaths in Custody and the 'We Got You' campaign.

"I'm playing in Orlando because I don't want to leave any money on the table that could be going directly to black communities," the San Antonio Spurs player explained at the time.

It wasn't the first time Mills had demonstrated his strong desire of give back to those in need.

In 2011, when Queensland was devastated by floods, he raised $40,000 for flood relief by designing and creating T-shirts alongside the non-profit organisation Wears My Shirt.

A year later, he became an ambassador for Cottage by the Sea, which is a charity that cares for disadvantaged Australian children and families in need. Mills continued to sell T-shirts to raise funds for the charity.

At the time, he said Cathy Freeman - who was also an ambassador for Cottage by the Sea - was his main inspiration for joining the charity.

He also explained: "It's important for me to use my stature to help charities out as much as I can. I know that once I finish playing basketball, and I don't have the same media attention behind me, I won't be able to help out as much. I need to do as much as I can now." 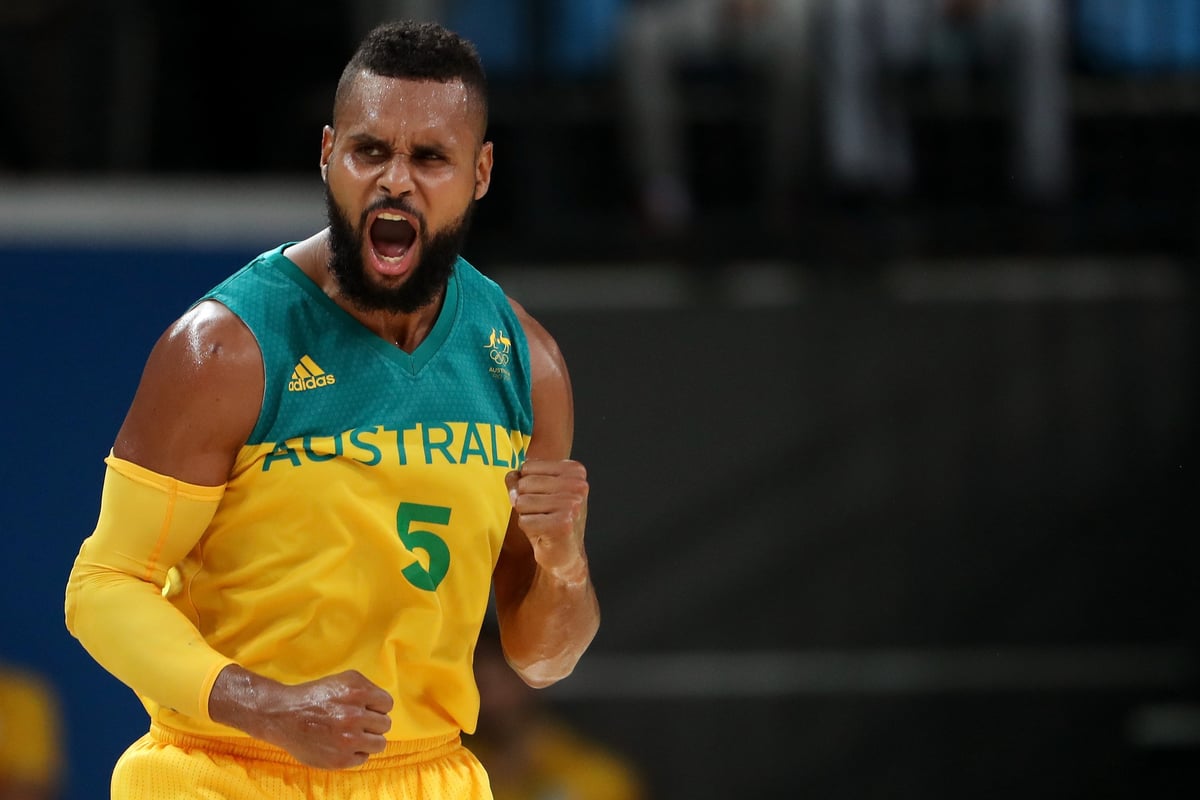 Nearly a decade on, and despite living in the USA, Mills has never stopped using his platform to give back to communities back home.

Earlier this year, Mills launched Indigenous Basketball Australia (IBA) - a program for Aboriginal and Torres Strait Islanders to play basketball in an environment that is free of discrimination and exclusion.

“My love of basketball has come from the fact that it has brought me happiness, joy, health, education, and knowledge with a greater appreciation and perspective on life,” Mills explained in his announcement.

Side note: Have a listen to this very unorthodox recap of the Olympics. Post continues after podcast.

“At the end of the day, a platform was created for me to carry and be seen as my true identity as an Australian, an Indigenous man of the land.

“When I combine those experiences, I become aware of the positive influence I can have on my own people in Australia who are continuously oppressed.

"It makes me want to work harder at finding ways to provide better opportunities to make a real impact on the lives of my people."

Clearly, Mills is one of Australia's most talented male basketballers. But his real worth is in what he does off the court.

Reply
Upvote
2 upvotes
Thank you for that brief portrait of Patty Mills outside the court. It is clear he's been one of the most inspired and appropriate choices for a flag-bearer of the Australian team in the Opening Ceremony of the Olympics.  May he stay well and strong to continue his amazing work.
P
pippa 5 months ago