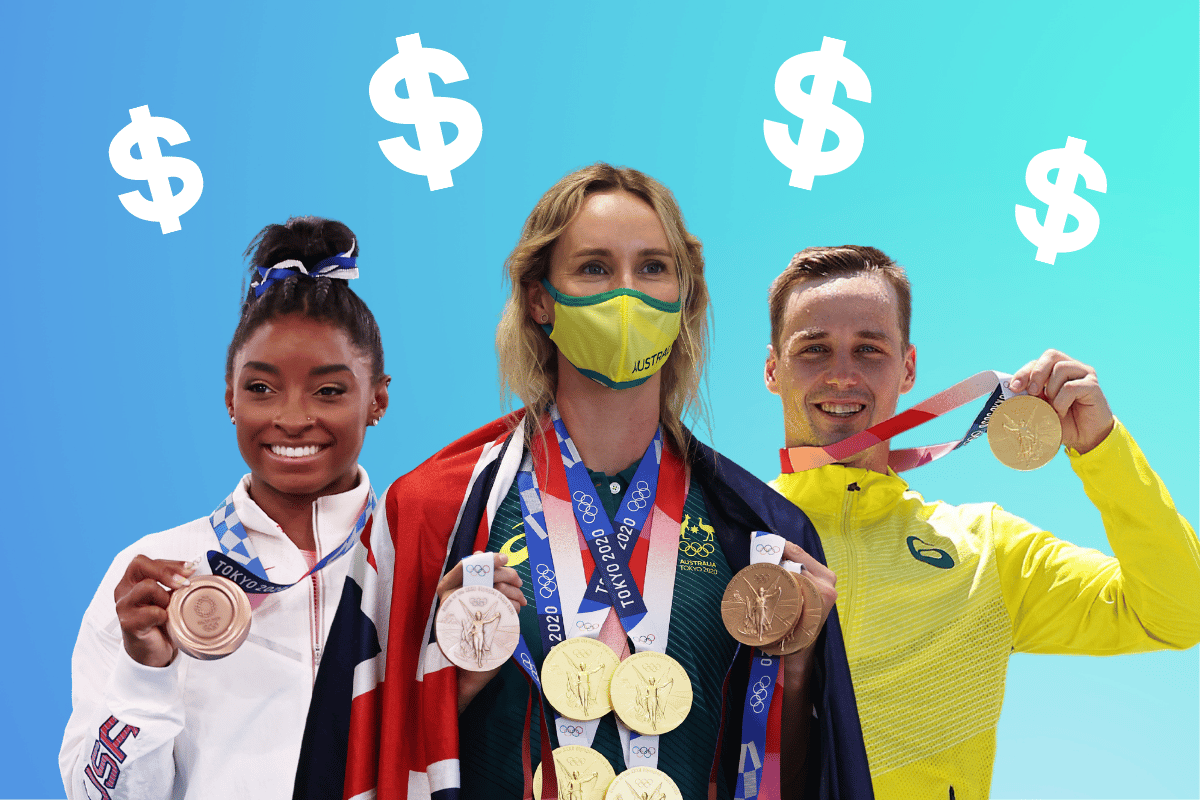 For the past week and a half, we've watched some of our best athletes battle it out at the Tokyo Olympic Games.

Not only have we racked up an impressive 15 gold medals, but our athletes have also broken national and world records. And the games aren't even over yet.

But for some athletes, a medal isn't all they take home. (And no, we're not just talking about glory). Athletes who are lucky enough to step up to the podium are also rewarded with a serious cash prize. We're talking a full six digits.

Here's what we know about how much athletes are paid in Australia and around the world.

How much Aussie athletes get paid for winning an Olympic medal.

According to the Australian Olympic Committee’s medal incentive funding program, Aussie athletes get to take home $10,000 for a bronze medal, $15,000 for silver and a whopping $20,000 for a gold medal at Tokyo this year.

While it's a pretty sweet amount of money, there is one catch.

Athletes are only eligible for one payment, meaning if they win more than one medal in a year, they will only be paid for their best result.

So if an athlete won a gold, silver and bronze medal, they will only be rewarded the cash prize for the gold.

Athletes also have to wait a whole calendar year after the Olympic Games to receive their money.

But they may also get money from sponsors and beneficiaries.

The Australian Institute of Sports (AIS) also offer grants of up to $17,500 to athletes who have a good chance of winning a medal at the Olympic, Paralympic, or Commonwealth games, according to Business Insider.

How Olympic medal money compares around the world?

The prize money for Aussie athletes is nothing to scoff at, but it's certainly a lot less than other countries around the world.

In fact, according Swimswam, Aussies earned the smallest amount for medals compared to 19 other Olympic nations.

But not all countries offer cash prizes for medallists.

According to Forbes, countries like Great Britain, New Zealand, Norway and Sweden don't offer any money for athletes who take home a medal.

Reply
Upvote
And how much money (and products/services etc) do they receive by way of endorsements, sponsorships et al? These cash payments are just the tip of the iceberg.
B
brewnetta 6 months ago

Reply
Upvote
I heard the  Philippines Woman  weightlifter got a new house from the government when she won gold.