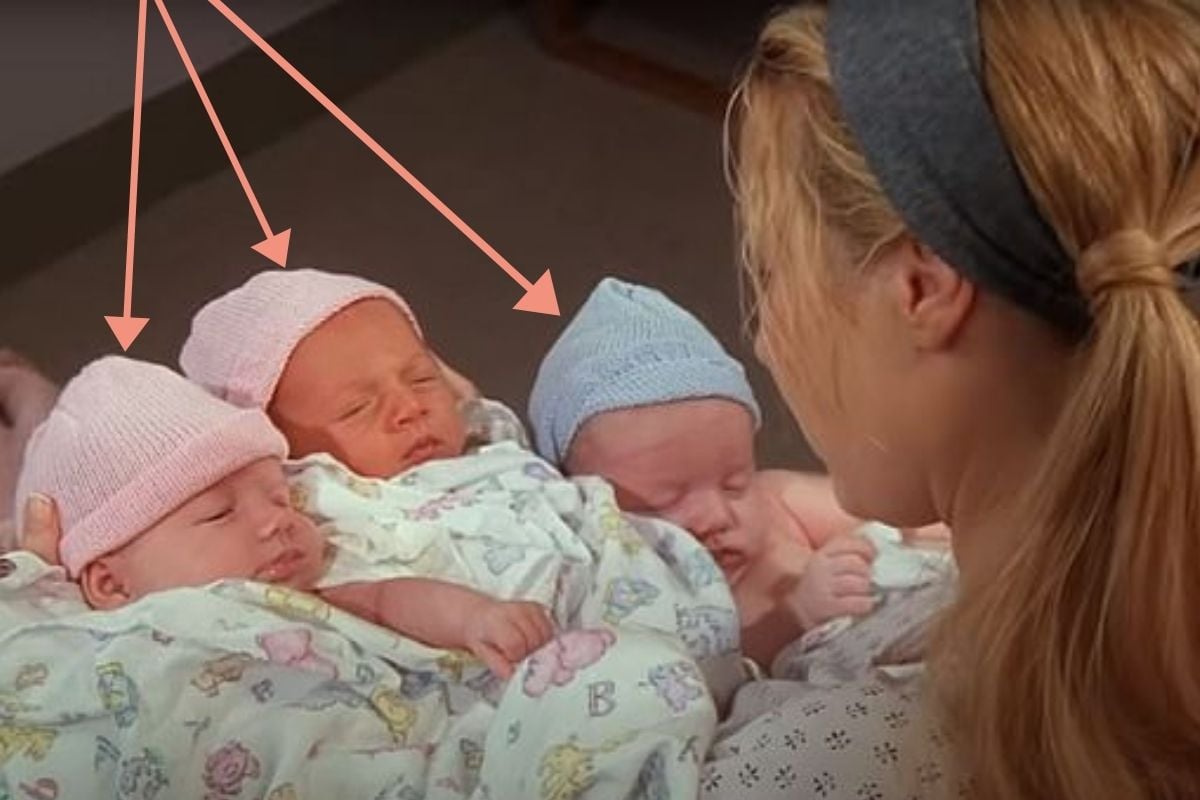 Okay, you guys - so, apparently parenthood portrayed in movies and TV shows is VERY different from real life? SHOCKED AND CONFUSED.

If you're anything like me (black belt in karate, stunt driver etc.) you've just been basing what being a parent was going to be like solely on how it’s shown on television and movies. Yes?

Well, turns out we're in for a massive surprise, because it really fckn AIN'T IT.

For example, apparently a cab pulling up just in time to take you to the hospital after your water broke unexpectedly at a party is in fact NOT as common as we all thought (?).

Watch: Here's some of our favourite celebrities on parenting. Post continues below.

And this kind of s**t really seems to grind people's gears. Like, A LOT.

We asked the Mamamia community to tell us some of the things TV shows and movies always get wrong about parenting. And hoo boy - did they deliver.

1. The baby is always just chilling awake in the cot or bassinet.

You know in movies when the mum takes a FULLY AWAKE newborn baby into "their room" to "put them down for a nap", and comes back in like 20 seconds like it was NBD?

Look, I don't have a baby but I'm told this *rarely* happens.

The houses. They're always completely spotless. I don't even have to have kids to know that this is BS. And if the kid is actually 'playing' with something, it's like one wooden block toy that looks boring as s**t. CAN SOMEONE GET THIS KID SOME LEGO.

3. Kids never have mismatching clothes on.

Okay, here's the deal. Unless it fits with the storyline, the kids in movies and TV shows are always pristine. Their clothes are clean (new clothes every day - there's never a double-up), their hair is brushed and they look really well-groomed and tidy.

In real life, this is not a thing. Like, ever.

Usually by the time tiny humans hit their twos and threes, they're not really down for you getting to pick what they wear. They want to make their own choices on what they get to wear. And they WILL destroy the clothes in, like, five seconds flat.

4. There's no sense of the repetition of parenting in movies.

If you're a mum, then you know that when you're asking your kid to do something you need to say it at least 2847 times before it actually sinks in.

However, in movies and TV, it's a little different. The characters will rarely say the same phrase more than once - think, "please brush your teeth."

In movies, it's "let's go brush your teeth", with a cute tap on the bum, and they're on their way to the bathroom. In real life? I don't fckn think so m8.

5. There are never boogers and dry snot in/around the kid's nose.

Anyone who has been near a kid knows they've always got some gross, crusty s**t going on in and around their nose. ALWAYS. It's either this, or they're covered in food.

However, this doesn't happen in movies. There's no snot. There's no Vegemite or jam chilling around their mouth. Just one perfectly clean little face.

While no two birth stories are the same, it feels like every single one I've ever watched on-screen involves your waters breaking, a rush to the hospital and then your baby pretty much just ZINGS straight out of you in the space of, like, 20 mins. Cute!

However, I've been told that is in fact VERY inaccurate, truly ridiculous and not at all close to what happens during most childbirths.

7. Delivery of the placenta is never shown.

Can confirm this is a thing because I had no idea you delivered a placenta until, like, last year. Movies and TV shows NEVER show this! It's a step that's just not talked about even though it's like a whole entire process.

In movies, the baby comes out (lookin' perfect as ever) and the mum and dad hold it, smile and say the name together and SCENE.

8. Women looking exactly the same as they did before pregnancy.

WHERE ARE YOUR BALLOONED ANKLES, JOANNE. Women in movies and TV shows always look exactly the same as they did before pregnancy, just with a belly, while supposedly nine months' pregnant.

And then post-birth, they're like immediately back to their pre-baby body, cause magic!

9. Newborns come out all clean and radiant.

No blood. No mis-shaped skull. No smell of guts. They're just... perfect! 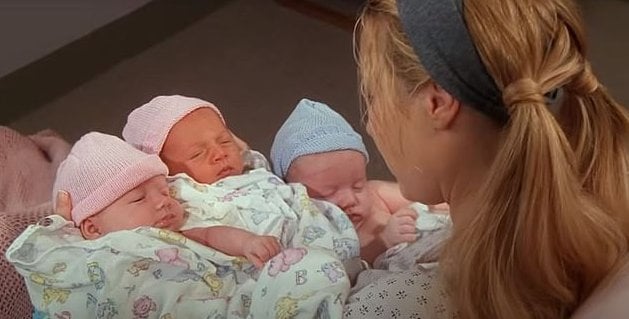 So fresh! So clean!

10. The babies are happy to get into their car seats AND happy to go for a long-haul drive.

If you're a person with a kid, you know this to be one of the biggest dingin' parenting lies out there. Kids will f**king FLIP when you try to strap them into a seat. And no, they don't care for the Wiggles songs you're blasting through the car speakers.

11. Kids (under three) are always off playing in another room on their own for like... ages.

Would you ever leave kids under three chilling in a room on their own? Course you wouldn't. They would almost certainly end up killing themselves/each other/destroying absolutely everything around them.

12. Parents are always going out and working long hours with no explanation of where their kids are.

You know those movies and TV shows where the parents are just out doing s**t like 24/7 and there's no real explanation as to where their kids are. Are they okay? Are they well? Is the 5-year-old looking after the younger two kids, or...?

Take, for example, Grey's Anatomy - where everyone is working like huge 14-hour days and their kids are just nowhere to be seen?

Or even Sex and the City, where Charlotte is still down for a last-minute cocktail-fuelled soiree or brunch session, despite the fact she's just adopted a kid and gave birth to another. 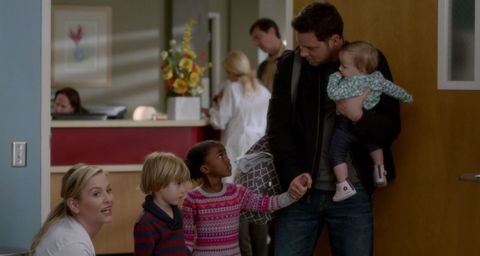 13. Babies never get called by their name it’s always ‘the baby’.

You know who does this IRL? Approximately no one. Cause you decided on a name that TESTED your relationship, and so help me god, you'll use it.

14. When babies are born and they are actual toddlers.

Quick one: Why do newborns in movies come out looking like they can say the alphabet? Shouldn't they be... not four years old at birth? Pls confirm.

You know in the movies where kids are very obvious little d**k heads and the mum and dad are totally not even slightly phased by the fact they are raising the devil's spawn?

Like, how about in Sex/Life - when the kid is clearly annoying AF, and the mum is just really lovely and pleasant towards him the whole time. 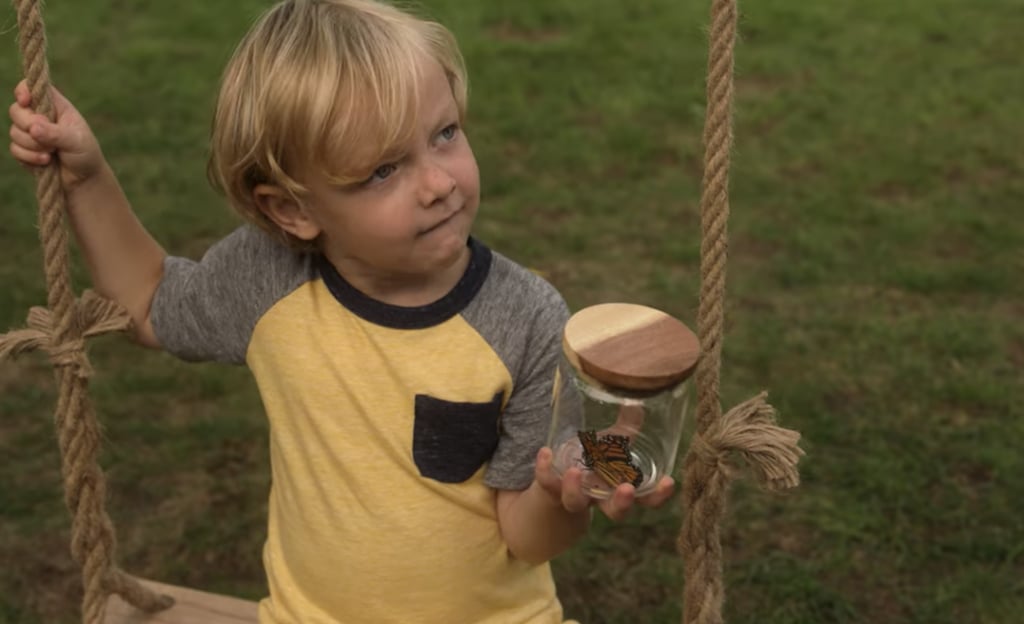 The demon from Sex/Life

16. The mum always gives birth on her back.

Can you rattle off a TV show or movie where the mother *doesn't* give birth on her back? No? Because there's, like, barely any out there!

Meaning? Most of us didn't realise you could give birth in many different positions until much later in life. ¯\_ (ツ)_/¯

17. When a parent gives a kid advice they always turn back and they're like, "Hey, Dad... thanks".

Did you do this when you were a teenager? Of course you fckn didn't. No one did. Because it doesn't happen.

Hey, Parent Trap. But honestly, this happens in so many movies. Pretty sure there would be some kind of law against this? Splitting an identical set of twins and moving them to opposite ends of the world and never giving them a heads up about each other? Seems pretty messed up tbh. 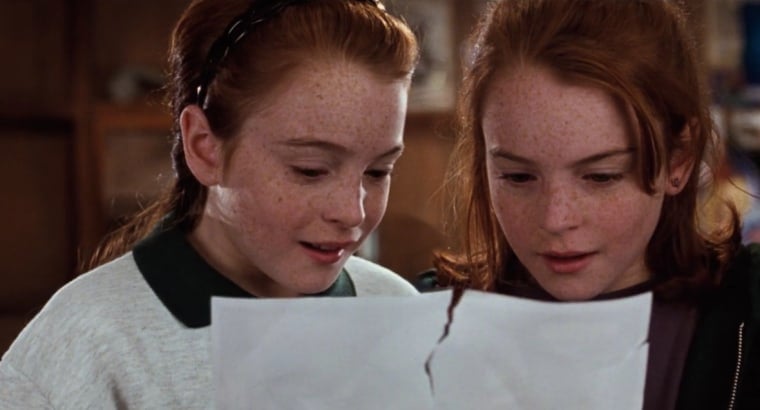 Reply
Upvote
How about when Phoebe on Friends had triplets naturally, with, like, one doctor and one nurse in the room? No mention of c-sections, or special care units, or them being premature - and she does it all while barely breaking a sweat!
I know, it's a sitcom, they're not going for medical accuracy.
News
General
Opinion
True Crime
Politics
Sport
Explainer
Entertainment
Celebrity
Reality TV
Movies
TV
Books
Rogue
Royal
Lifestyle
Beauty
Fashion
Weddings
Home
Wellness
Health
Fitness
Travel
Food
Parents
Before The Bump
Pregnancy
Baby
Kids
Teens
School
Parent Opinion
Work & Money
Money
Finance
Career
Lady Startup
Relationships
Sex
Dating
Separation
Friendship
Family
Real Life
Couples