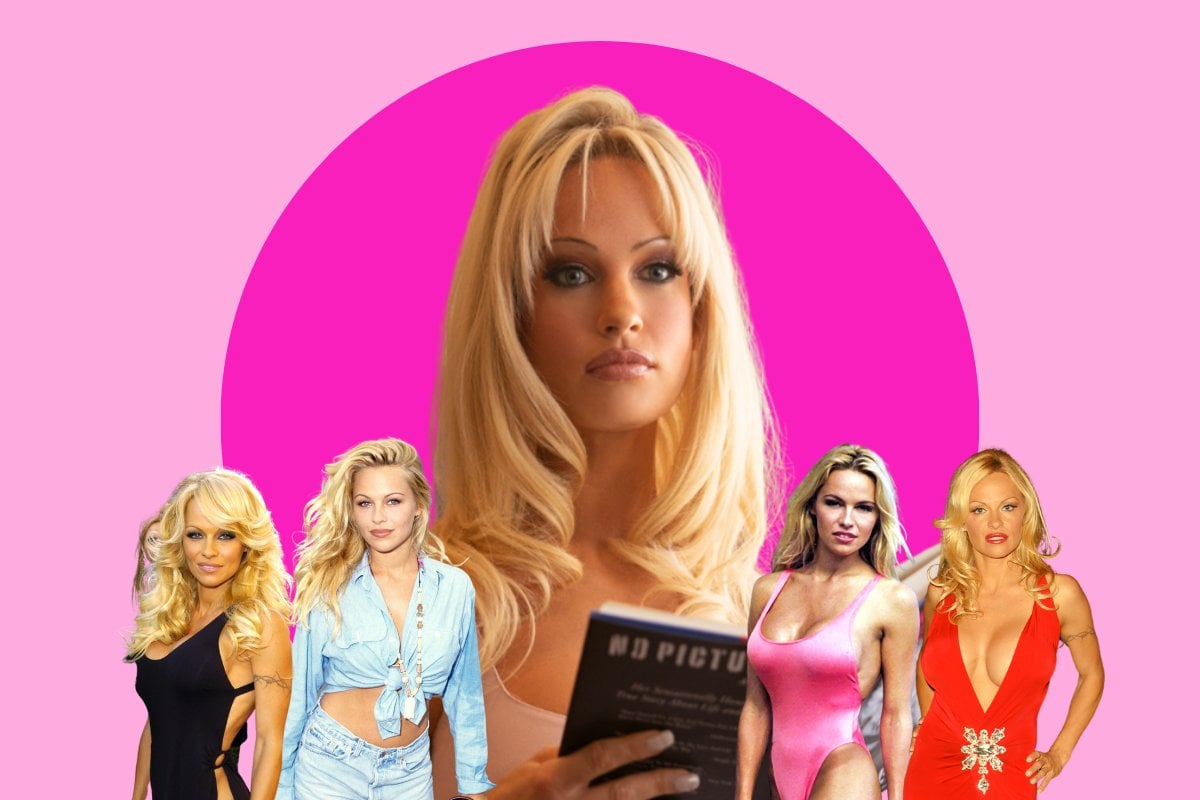 As horrifying a realisation as it is, 1990 was more than 30 years ago.

And as time gets further and further away from the 90s, and more and more lines develop on my face, the decade becomes more and more ripe for the Hollywood picking.

There have already been documentaries re-examining the treatment of women like Britney Spears and Janet Jackson, feature films about 90s folklore such as I, Tonya and King Richard, and a spate of TV series using the decade as its inspiration, like Yellowjackets, Clarice and Cruel Summer.

Disney+'s eight-part series Pam & Tommy is billed as a feminist reframing of events, aiming to show the misogyny and double standards that meant the tape's release impacted their careers and reputations in completely different, disproportionate ways.

Unsurprisingly, Tommy's image as a cool rockstar (with a big d*ck) was solidified, while Pamela was routinely sl*t-shamed, mocked and used as a punchline.

In the show's fourth episode, Tommy responds to the tape's release like it is a macho revenge fantasy - which is interesting, considering the reason the tape was stolen in the first place was because of a revenge plot by an unpaid contractor, Seth Rogen's Rand Gauthier. But it says so much about how they view - or don't view - Pamela. The men in the series keep trying to one up each other, prove their worth and their toughness. Nevermind the woman involved.

The tape is even marketed as just "Pamela's. Hardcore. Sex Video." 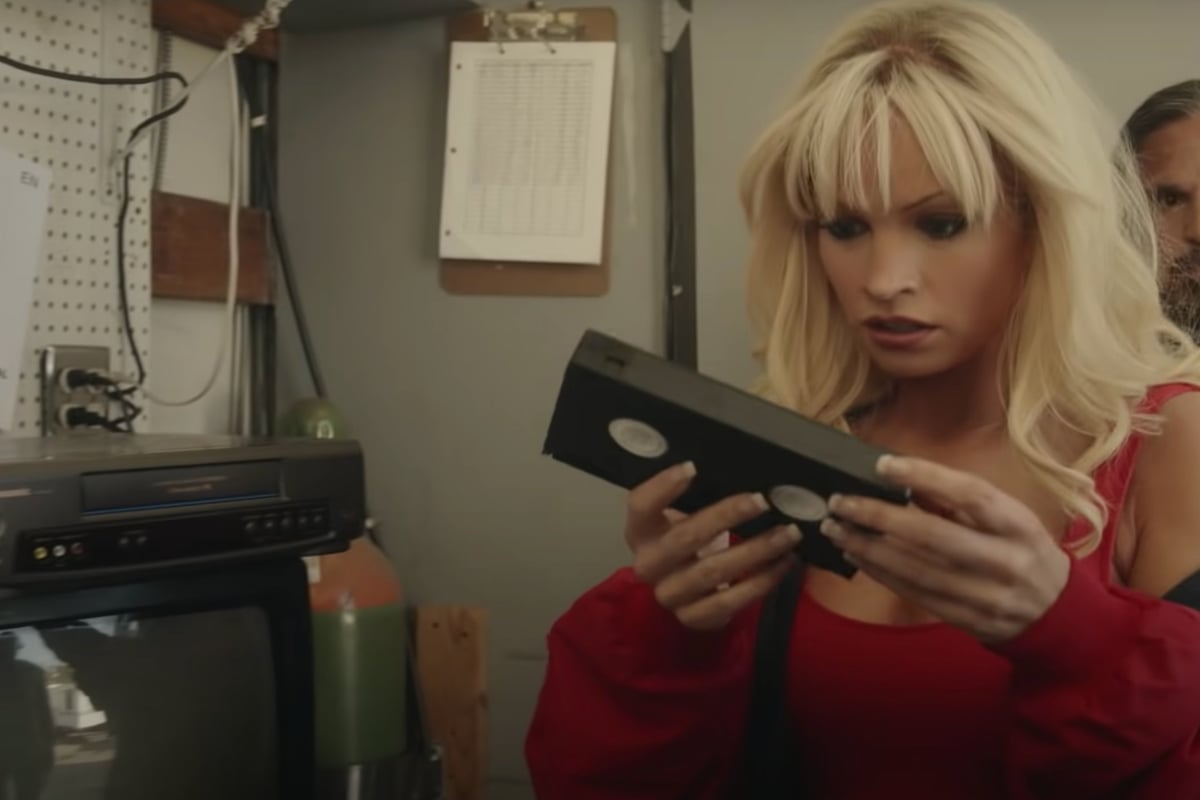 Tommy doesn't understand Pamela's fears about it going public, because he doesn't have to. Meanwhile, Lily James' Pam definitely gets it.

"People are going to be thinking you're cool for this, right? They'll be high-fiving you in the street. Me, I'm going to be looked at like a slut by the whole world," she says.

"It's true. You don't know. You have no idea. You never have to f***ing deal with this stuff."

This is obvious now. In 2022, this bias is still there, but so too is awareness and pushback. A late night talk show host is no longer going to perform a monologue about a famous woman's leaked nudes, or hacked images, to belly laughs from their audience. That would - thankfully - be unconscionable. We have made small progress.

When she and Tommy sued to keep the tape from further release, opposing lawyers sl*t-shamed her by asking why she would care about the tape when she had posed for Playboy multiple times, nevermind the fact there is a major difference between consensual photoshoots and the theft of private moments she shared with her husband. 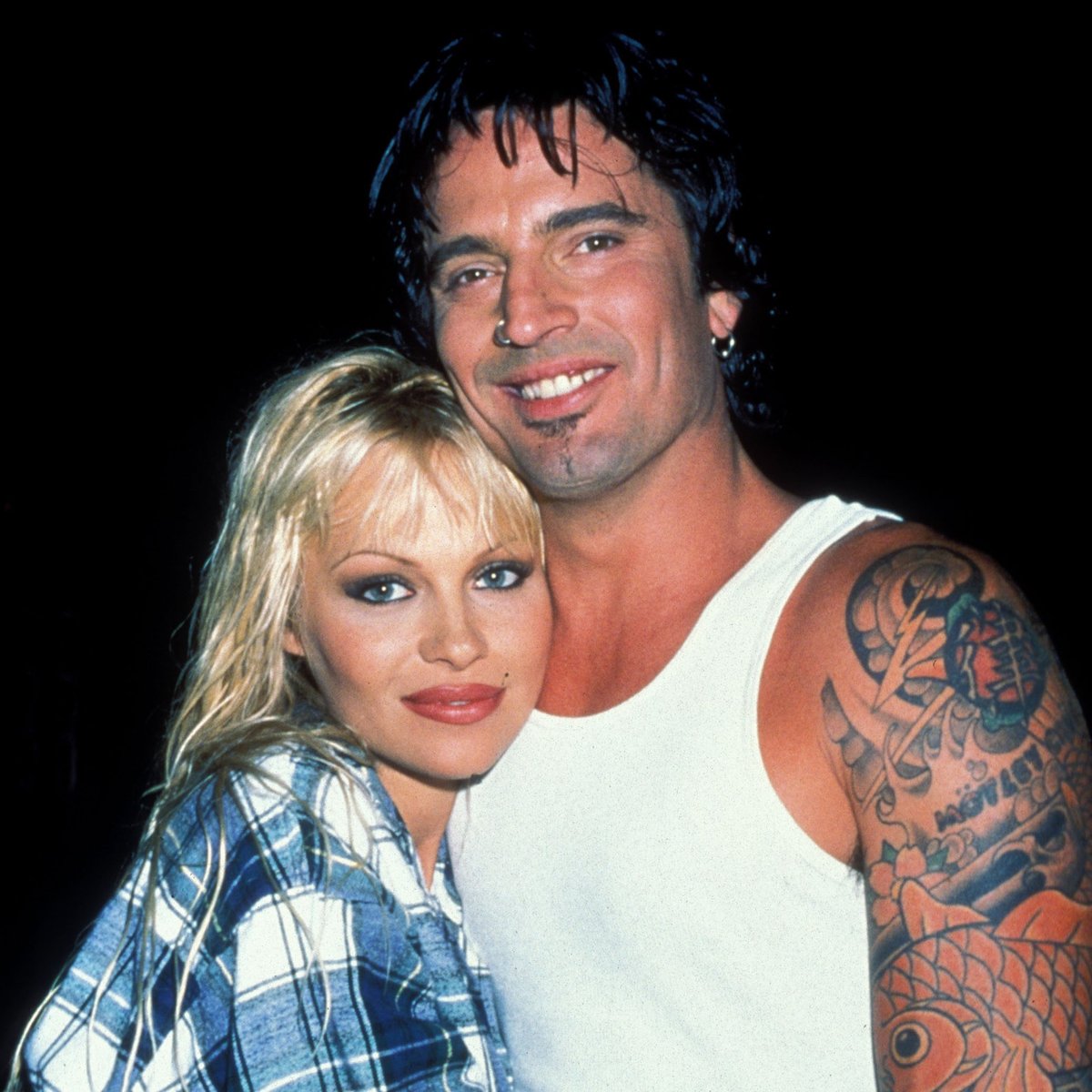 "It was great sitting through depositions, where old men with crusty white sh*t in the corners of their mouths would hold up pictures of me naked in Playboy and ask why I’d even care that the tape was out there," she said, sarcastically. "I couldn't handle it. It got to a point where I could not go to another deposition with these sweaty old guys asking me about my sex life."

Pamela's public image was as a sex symbol, and the public was all too eager to believe they had purposefully leaked the tape as a publicity stunt. She had been trying to shift from TV to bona fide movie star and when her next project, 1996's Barb Wire, flopped, it only served as more fuel for the jokes.

In the 90s, there were no sex positive activists and campaigners on social media. Society's bias about women and sexuality were not being challenged in the way they are now. Blonde + big boobs = stupid, in the eyes of pretty much everyone.

"It’s great to be a blonde. With low expectations it's very easy to surprise people," she is famously quoted as saying. A positive spin on an incredibly ridiculous stereotype.

These days, Pamela is more known for her activism and reality TV stints than her acting. She is a prominent road safety, AIDS and animal rights activist. She has moved back to her childhood home on Vancouver Island, Canada, a world away from the ogling eyes of Los Angeles. 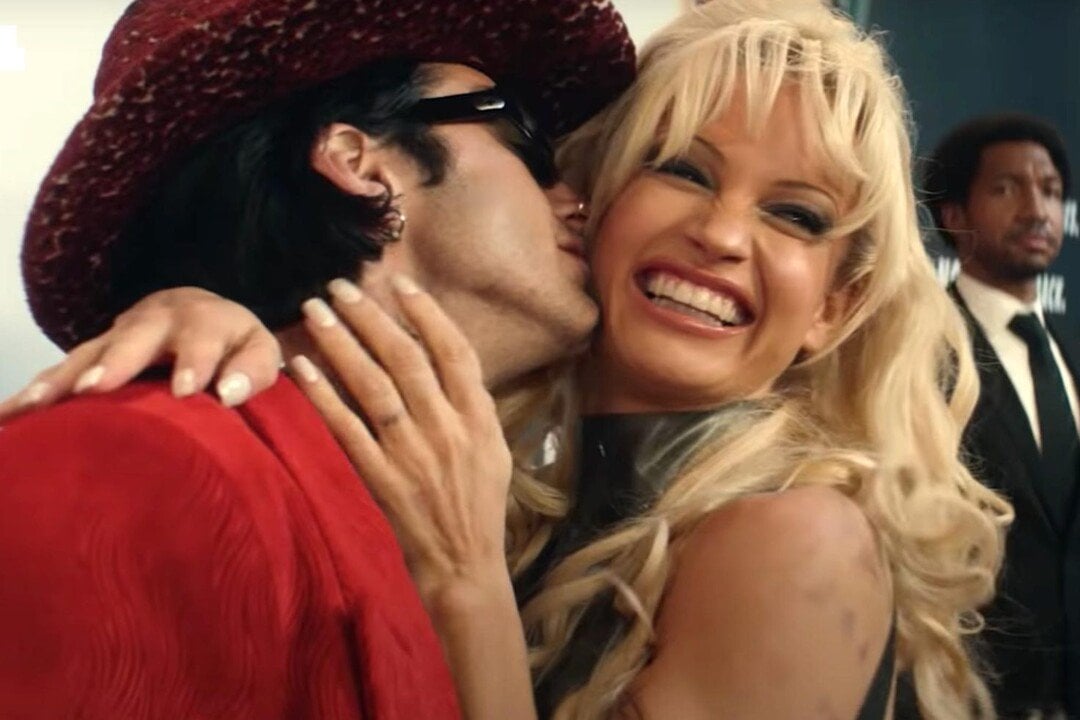 In its 25 year existence, the Pamela and Tommy 'sex tape' has made other people an estimated US$77 million (AU$107m). Neither of them have received a cent.

In 2015, Pamela appeared on Watch What Happens Live with Andy Cohen and spoke about that time in her life.

"I've never seen it. I made not one dollar. It was stolen property. We made a deal to stop all the shenanigans," she said of her and Tommy's eventual decision to sign over their copyright to the video.

Pamela rarely mentions the tape publicly. That is unsurprising, if the 'sources close to her' quoted in articles across entertainment publications lamenting Pam & Tommy's existence are to be believed.

Pamela has had nothing to do with the making of Pam & Tommy. She has not commented on the series herself, but 'insiders' have insisted she is unhappy with the show's creation, and her friend Courtney Love criticised the series in a now-deleted Facebook post.

"I find this so f***ing outrageous. My heart goes out to Pammy further causing her complex trauma. And shame on Lily James whoever the f*** she is. #vile," she wrote.

"The upcoming Pam & Tommy Hulu series has been very painful for Pamela Anderson and for anyone that loves her," a source told Entertainment Tonight.

"Pamela has no regrets about her life but the only thing she would probably erase is this burglary. She feels so violated to this day. It brings back a very painful time for her." 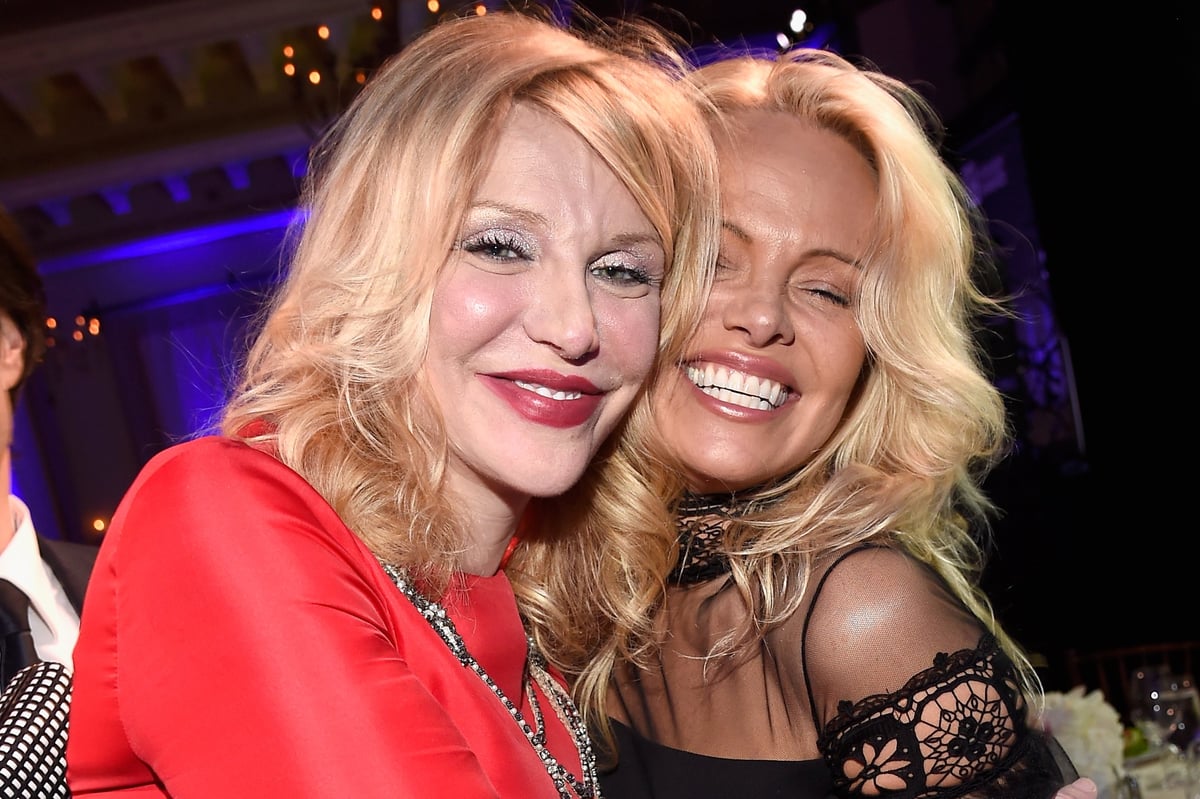 Both executive producer and creator Robert Siegel, and Lily James, have said they reached out to Pamela about coming onboard the series, but never heard back.

"I wish it had been different," Lily told Net-APorter. "My sole intention was to take care of the story and to play Pamela authentically."

Tommy walks around baring much more skin than his wife - probably a deliberate flipping of roles. He is volatile and clueless, and honestly, pretty annoying. Rand is a pitiful abuser who can't see past his own victim complex, no matter how much the show tries to humanise him with his unrequited love of his lesbian porn-star mate, Taylor Schilling's Erica.

Pamela gets all the show's best material. She is sweet, unsure of herself, yet confident and completely and utterly aware of what is at stake here. She knows the flawed society she's working with. She is smart enough to be the only character not to mock the up-and-coming influence of the internet. And she is stuck in a world where she wants to advocate for herself, and would do a pretty good job, but is lacking the opportunity to do so. 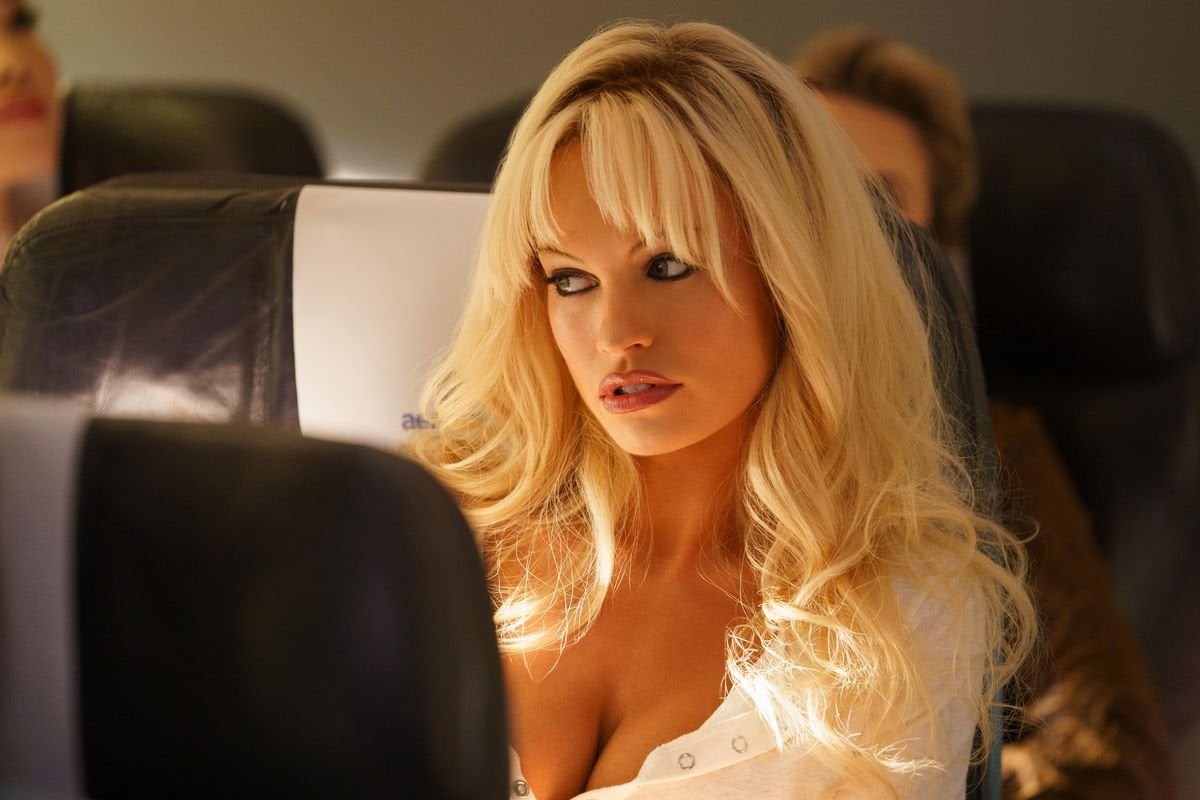 Pam & Tommy is kind to Pamela. You will understand her rising frustration and feel disgust towards pretty much everyone else. In that way, the show succeeds in its goal of re-examining the treatment of a woman who was abused by the world, and laughed at for it.

But, in its attempts to disavow the events of the time, is it simply just repeating - and adding - to the humiliation of the woman it aims to vindicate, and continuing the long line of dudes profiting off her trauma?