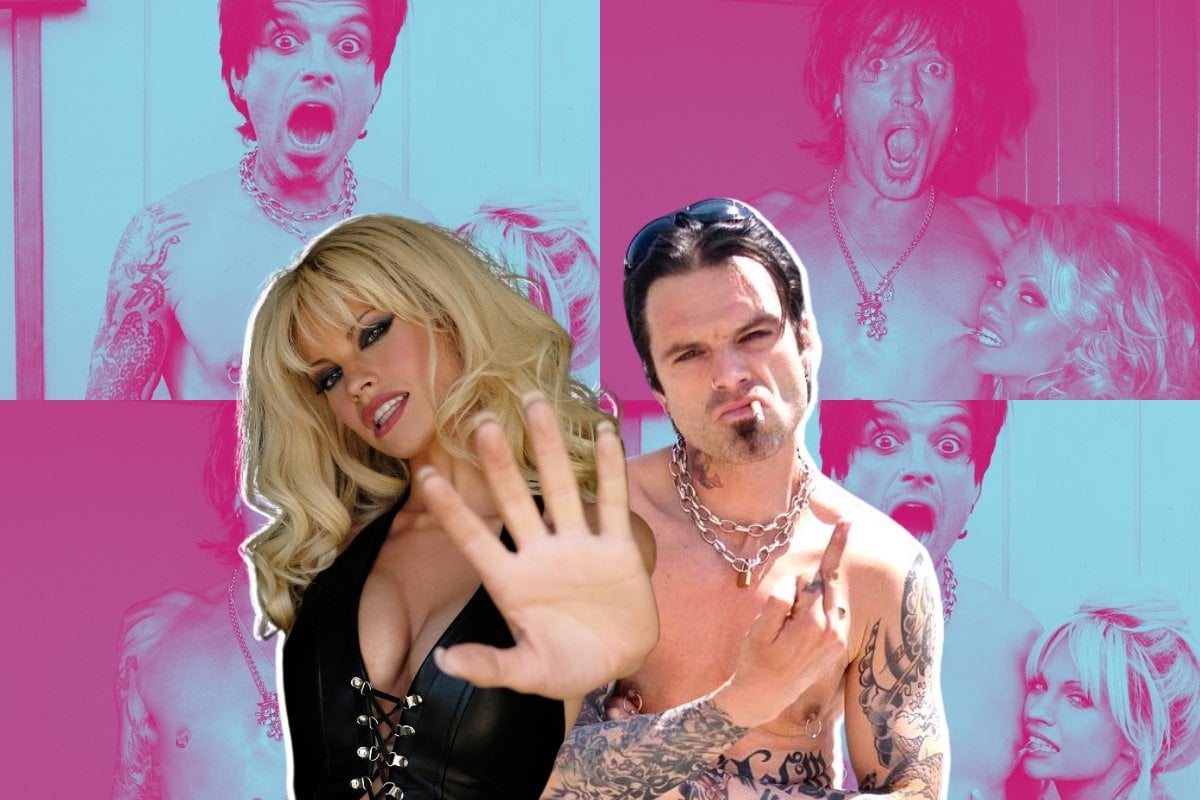 This month, the long-awaited Pam & Tommy premiered in all its chaotic, outlandish rock 'n roll glory.

Among cash and guns, Rand finds a tape inside, which... well, documents the couple's now infamous honeymoon.

The series aims to re-examine this infamous moment in celebrity culture. It brought about the dawn of the gross 'celebrity sex tape' era and did irreparable damage to Anderson especially.

Okay, let's start with the most pressing issue. WTF was up with that talking penis?

Have you been able to stop thinking about *that* penis scene? No, me neither.

Its inclusion was already a wild decision, but the origin story of this scene makes it even weirder.

In Tommy Lee's memoir, Tommyland, the drummer writes an extended part of the book as his penis. He and his d*ck, which he treats like a separate-from-him 'person', have conversations.

At one point, his penis, uh, exclaims, "No matter what you what you write in this book of yours, I promise you, people will buy it for one reason: to find out how long I really am."

So... with all that in mind, the talking penis somehow fits the story perfectly? What a strange turn of events.

Just to make things really clear: The penis that we saw on screen... talking... was not actually Sebastian Stan's own.

It was actually a prosthetic that required FOUR puppet masters.

"You've got four puppeteers working with an animatronic penis. And then, how much is too much, and do you start to lose his emotional torment of what's going on? Hopefully, it works."

Meanwhile, Stan said he approached that particular... conversation... as if he was talking to a mate. I guess in a way, he was?

"By the end of it, I treated it like it was an intimate buddy conversation that one might have when they're falling in love," he said.

Oh, and the penis was voiced by Jason Mantzoukas, who you may know as Derek from The Good Place or Dennis from Parks and Recreation.

What was the process of transforming Sebastian Stan and Lily James into Tommy Lee and Pamela Anderson like?

The talking penis wasn't real, and I can inform you that the standard, voiceless penis' seen in the series is also a prosthetic.

In fact, prosthetics may be the MVP of the entire show.

Lily James spent roughly four hours every day in hair and makeup in order to transform herself into Pamela Anderson. The day would begin at 3.30am, and hours later, she would emerge looking completely unlike herself. 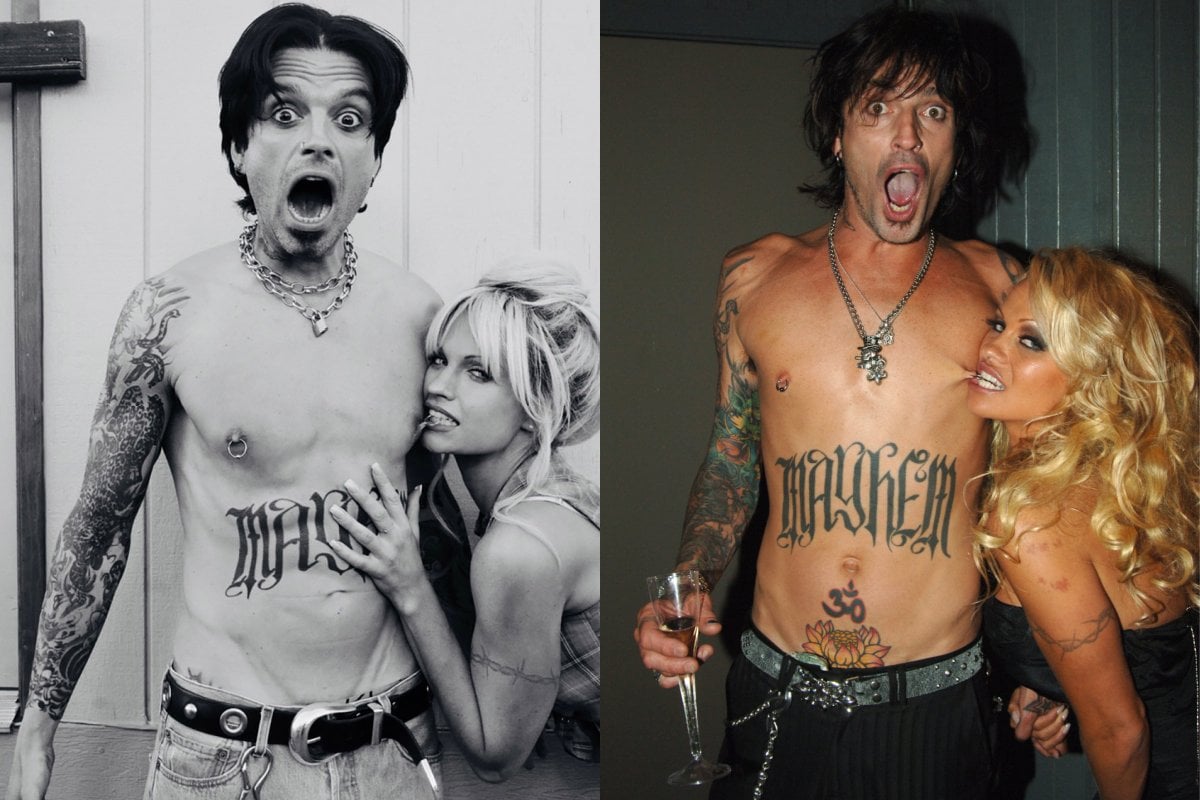 There were wigs, fake teeth, fake tans, coloured contact lenses and lots of prosthetics - including a breast plate.

The chest prosthetic was sculpted a number of times until it looked and felt right.

"The breast piece was amazing," James told Entertainment Weekly. "You would never, never know it wasn't me. It was shocking. In the end, because it took so long to put on, I didn't wear it as much as I wanted to. We sort of cheated with my own boobs and figured out outfits and stuff to camouflage or hide and faked the illusion they're bigger."

James also wore a forehead prosthetic that concealed her real, much thicker eyebrows.

Sebastian Stan also spent a lot of time in the makeup trailer, with most of his average three-hour transformation spent on replicating Tommy Lee's many tattoos.

He also wore coloured contacts, dyed his facial hair, and wore prosthetic pierced nipples, which took about 45 minutes to apply.

How much of the story is true?

Besides the talking penis, which I'm pretty sure didn't actually happen IRL, most of the Pam & Tommy storyline is accurate.

Most of the show's information has come from Amanda Chicago Lewis's 2014 in-depth Rolling Stone feature on the event as well as Tommy Lee's autobiography.

A contractor called Rand Gauthier was vengeful for not being paid, and then for having a gun put in his face when he tried to pick up his tools, and he did actually steal the couple's sex tape as depicted - fake fur and all.

The tape was then distributed without the couple's success, and had major ramifications for both of their careers (in very different ways).

There's creative licence for sure - how many times have I written the words 'talking penis' in this story? - but the important details are all true.

What are the marks on Pamela Anderson's arm?

You may have noticed the marks on Lily James' arm while she stars as Pamela Anderson. Turns out, the real Pam also has these - and they're scars from leeches. 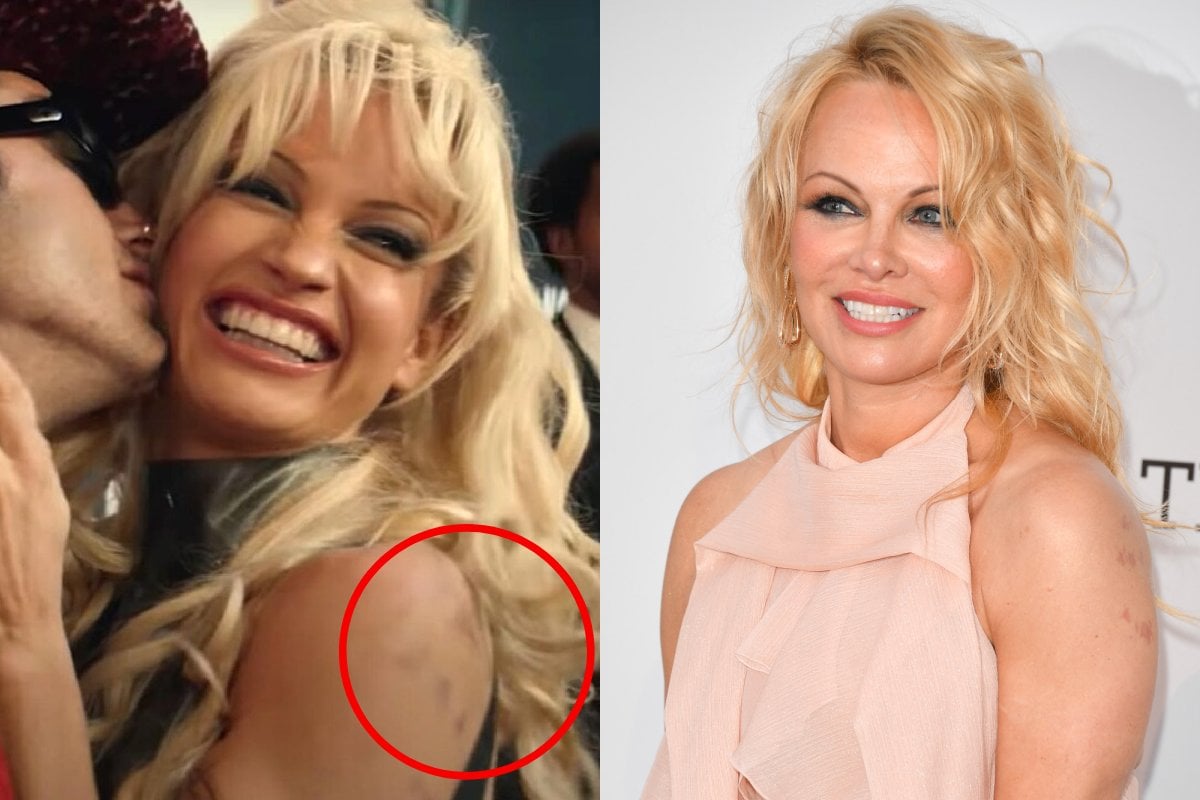 In 2008, she told The Late Late Show host Craig Ferguson she had been swimming near her childhood home on Vancouver Island, Canada.

"I was attacked by leeches when I was nine. It was very traumatic. A bunch of them jumped on me in a lake while I was swimming under the water," she explained.

What happened to the real Rand Gauthier?

These days, the real Rand Gauthier, now 65, lives a very low-key life in Santa Rosa, California. He's pretty elusive, as there are next to no photos of him on the internet.

He barely made a cent off the sex tape, faced no legal repercussions and eventually went back to focussing on his electrical work full time. 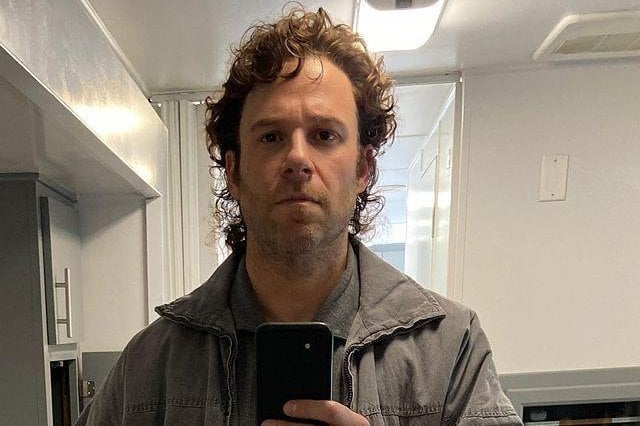 In 2014, Gauthier spoke with Rolling Stone reporter Amanda Chicago Lewis for the article that has served as the foundation of the series.

He said that now and then he would tell someone he was the one who stole the Pamela Anderson and Tommy Lee sex tape, but almost no one believed him.

At this point of time, he did not express any regret or remorse.

"It was cute. They're in love and a couple and they're just having fun with each other, and I think that's great," he said of the tape. "I'm jealous. I wish I had something like that."

What do Pamela Anderson and Tommy Lee think of the series?

Neither Pamela Anderson nor Tommy Lee were involved in the making of Pam & Tommy, which brings up all sorts of ethical questions.

Speaking to Entertainment Tonight in September, Lee shared how he's "stoked" for it to come out and how he had been in contact with Stan.

"I think a lot of people would think it's one thing, but it's really about privacy and how things got crazy then. There are different laws now.

"The story's actually cool. What actually happened wasn't, but [Stan] tells me it's pretty wild. I feel like it was forever ago. But it's a cool story, and people need to know. It's cool. I'm stoked." 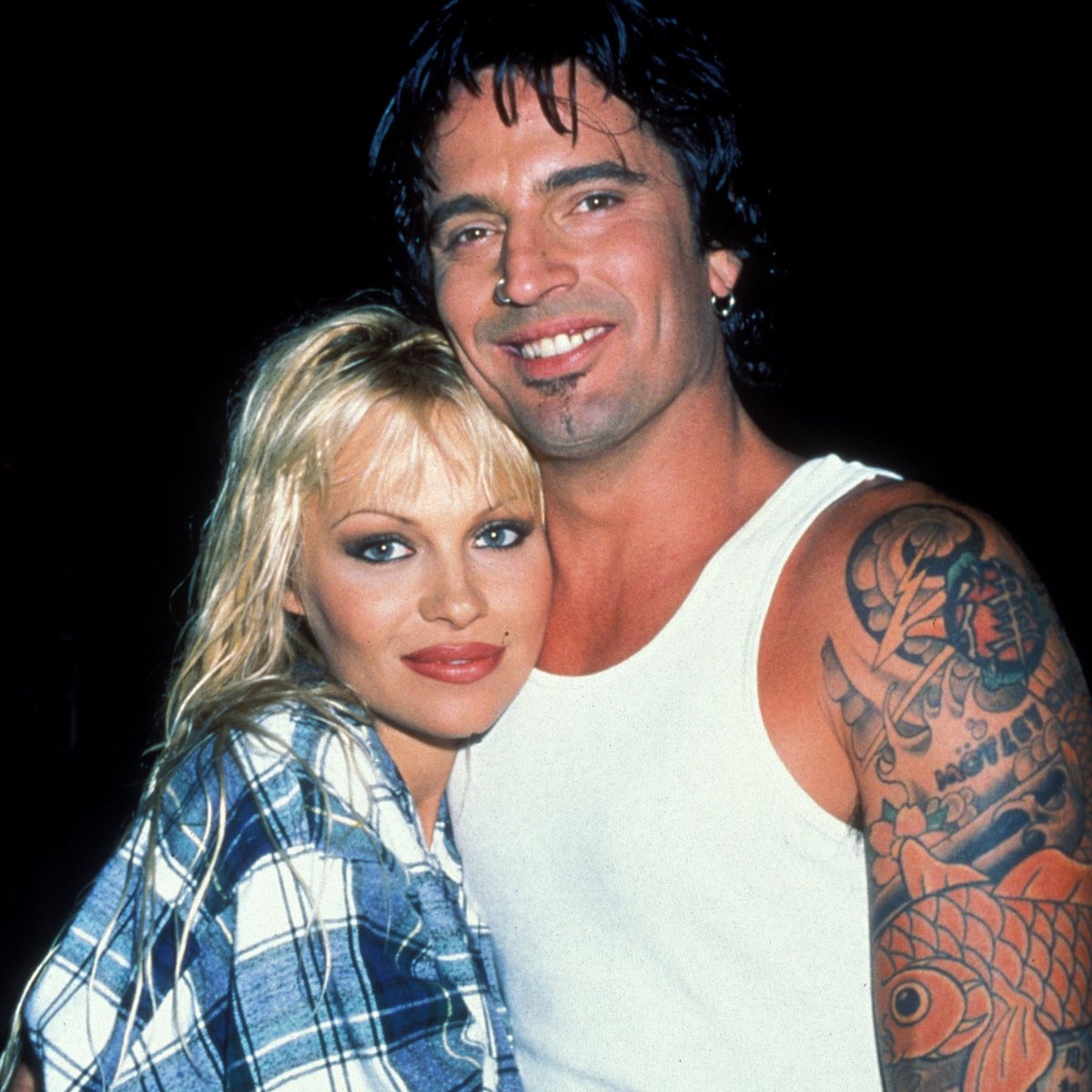 Meanwhile, Anderson, now 54, hasn't directly commented on the series, but evidence suggests she wasn't keen for this story to be turned into entertainment.

"Pamela has no intention of watching this God awful show, absolutely not. Never," a 'source' told The Sun in May 2021.

"She's never heard of the actors playing her or Tommy and doesn't care to know them... She and her family think the show is a cheap knockoff."

Musician Courtney Love also came to Anderson's defence after the first-look photos of Lily James and Sebastian Stan in character were published in May.

"I find this so f**king outrageous. My heart goes out to Pammy further causing her complex trauma. And shame on Lily James whoever the f**k she is. #vile," she wrote in a since-deleted Facebook post.

In interviews promoting the show, James insisted she reached out to Anderson, but she did not hear back.

Pam & Tommy is streaming now on Disney Plus in Australia.