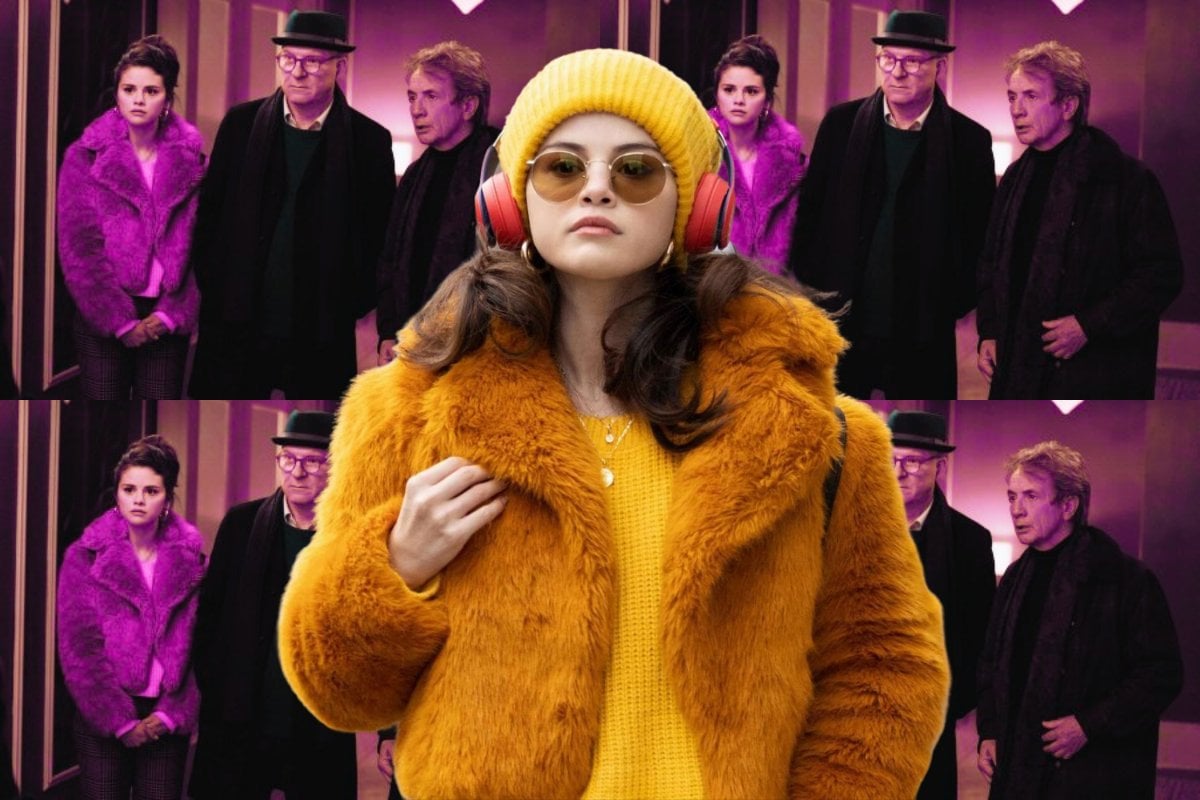 I'm the type of person who falls asleep listening to true crime podcasts.

At around 9pm each night, I announce to my empty apartment, "Oh it's almost time to go to bed and listen to my murders".

I can't count the amount of times I've said to friends and colleagues "We should make a podcast about that".

Last week, my colleague didn't turn up to work for an hour and in that time I had mapped a 10-episode podcast about her mysterious disappearance.

When she eventually made contact, I was happy for her health and wellbeing but sad about my missed opportunity to be the next Sarah Koenig.

I'm exactly the kind of person Star on Disney Plus's new comedy-mystery series Only Murders In The Building is about.

Watch the trailer for Star on Disney Plus's Only Murders In The Building. Post continues below.

Watching myself being satirised on TV has been an absolutely brilliant experience and I only wish I'd had the forethought to make a TV show about all the times I wanted to make a podcast. ¯\_(ツ)_/¯

Below I unpack what Only Murders In The Building is about and give my verdict on whether you should watch it:

What is Only Murders In The Building about?

Only Murders In The Building is a comedy-mystery series created by Steve Martin and John Hoffman.

The 10-part series follows three New Yorkers living in a posh apartment building called the Arconia, who come together to make a podcast when another resident dies under suspicious circumstances.

There's Charles-Haden Savage (Steve Martin) a former actor who was once very famous for playing a detective in a police procedural series. Charles-Haden now lives alone and makes himself sad little omelettes each night.

Then there's Oliver Putnam (Martin Short) a struggling Broadway director who has had a bunch of flops and is struggling to pay his bills.

And finally, there's Mabel Mora (Selena Gomez) a mysterious young woman who lives in a massive apartment in the building and claims she's renovating it for her wealthy aunt.

When Tim Kono, a resident in the building who seems to have rubbed everyone the wrong way, dies in an apparent suicide, Charles-Haden, Oliver, and Mabel decide there must be more to the story.

So they start their own investigation, and a podcast which they call Only Murders In The Building.

Everyone in the building is immediately a suspect including... Sting, who is one of the residents.

The mystery! What the heck happened to Tim Kono and who knows more than they're letting on?

And to see some comedy greats (Martin and Short) back on our screens again.

The lols. And for what also turns out to be a story about three lonely people connecting in an ever more disconnected world.

Truth Be Told for the podcast element.

And Hacks for the generational clash between boomers and millennials.

There are 10, 30 minute episodes. The first three episodes are streaming on Star on Disney Plus now and new episodes will be dropping weekly on Tuesday nights.

If you want to laugh, be genuinely intrigued and fall in love with a bunch of lonely people who remind you of yourself then definitely!

Only Murders In The Building is honestly the most surprising TV series of 2021. It somehow manages to combine both comedy and mystery, plus add in a sprinkling of commentary around how we live our lives in this social media dominated world and the rapid increase of loneliness across all generations.

Plus, it's a bloody fun watch.

I give it 4 out of 5 wealthy boomers with AirPods.

The first three episodes of Only Murders In The Building are streaming on Star on Disney Plus now.