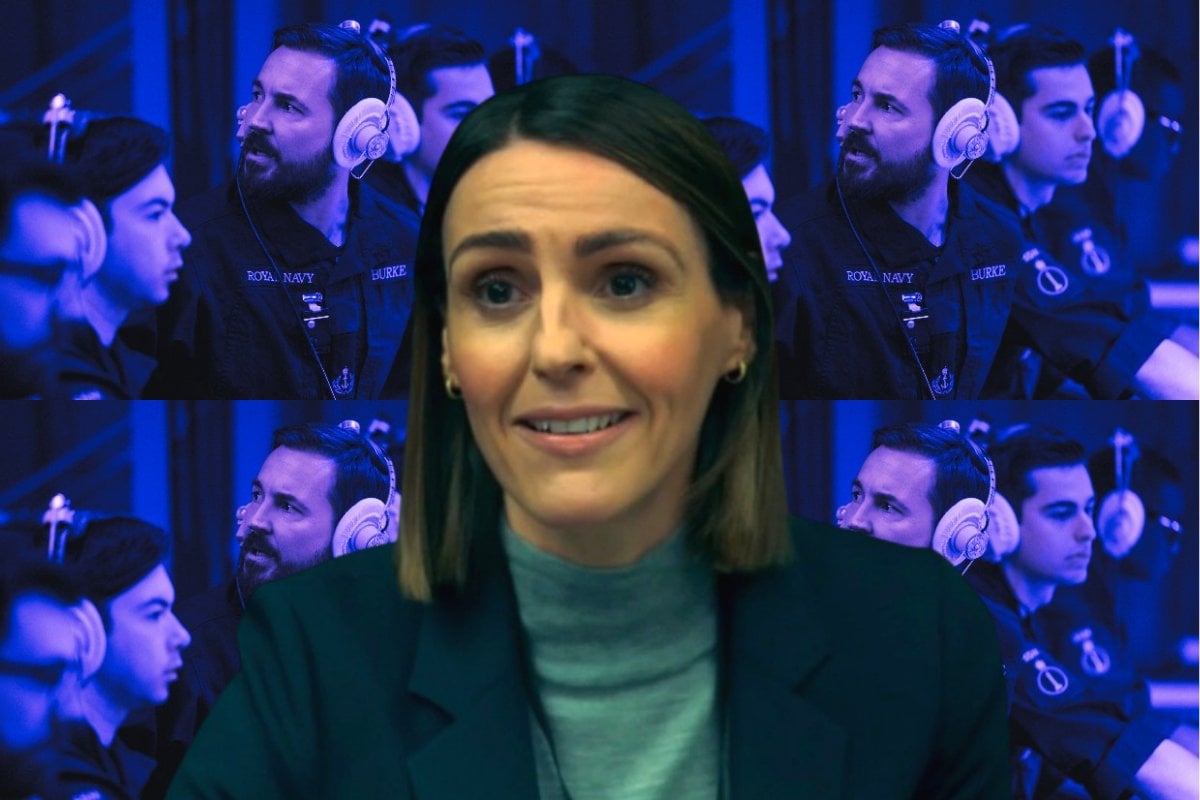 There are three things you will think while watching the first episode of Binge's new six-part thriller, Vigil.

Your first thought will be 'Wait. How fckn weird is it that submarines are... real?'

Your second thought will be 'Oh I know him, and her, and him! What a cast!'

And the third thought will be 'HOLY SH*T WHAT JUST HAPPENED?'

Watch the trailer for Binge's Vigil. Post continues below.

You'll think these things because Vigil, a thriller set on a Royal Navy ship in the middle of the ocean, will instantly become your next addictive watch.

The series you'll be waiting to watch every Monday night.

Below I unpack what the series is about and whether you should watch it:

What is Vigil about?

The series begins with the disappearance of a fishing trawler and a mysterious death on board the Trident nuclear submarine HMS Vigil while it's in Scottish waters.

Detective Chief Inspector Amy Silva (Jones) is flown into the submarine to investigate the death. She soon discovers that no one is willing to participate in her investigation and that the submarine is hiding more secrets than she could ever have imagined.

The amazing cast! The series features some of the best actors in the UK.

The non-stop plot twists. So much happens in just the first episode.

Line of Duty for the... corruption and the Martin Compston of it all. And Bodyguard for the fast-paced action.

They are six hour-long episodes. The first episode is available to watch on Binge now. The second episode will drop onto the streaming platform on Tuesday, August 31. And the remaining episodes will be released weekly on Monday nights.

Vigil is here to fill the Mare of Easttown and The White Lotus-shaped hole in your life.

It's taken all the elements of the British thrillers we know and love and put them in an environment we haven't seen on TV before. The cast is outstanding and the pace of the action keeps you on the edge of your seat.

The series is unlike anything we've seen on TV before and it's guaranteed to make you look forward to Mondays, which is almost unheard of.