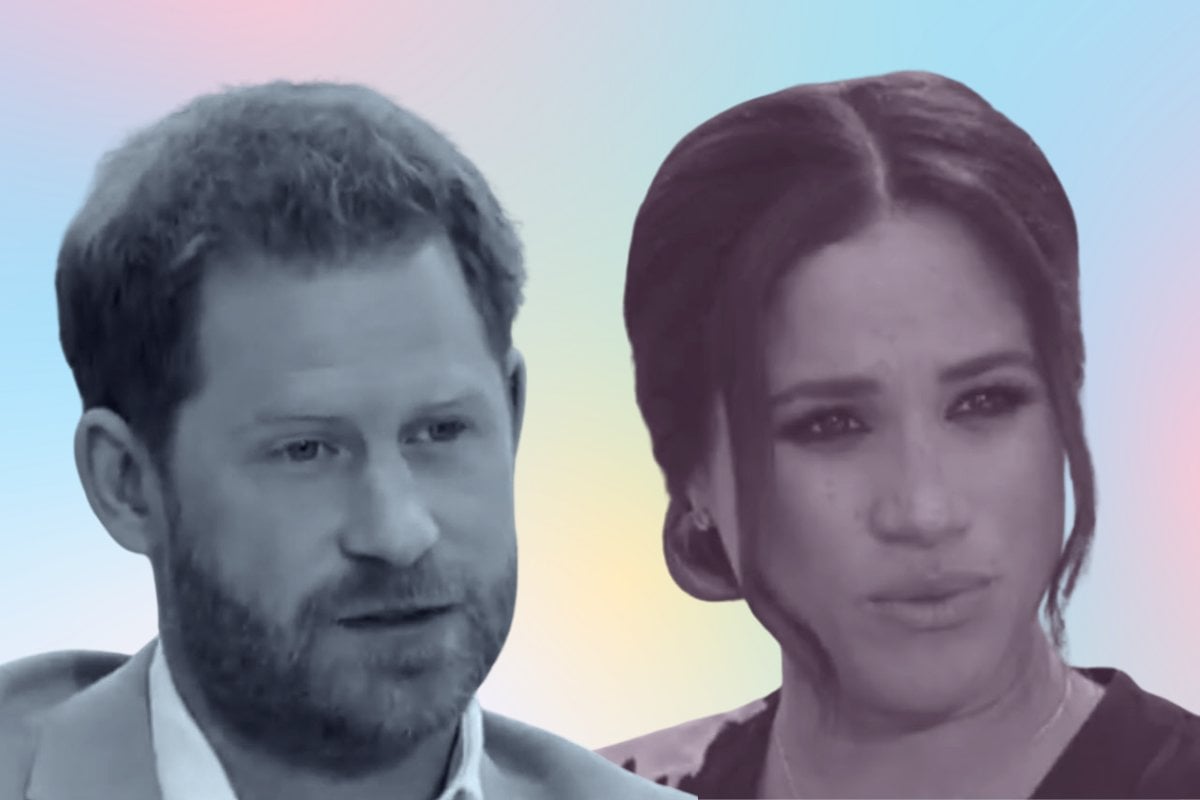 Prince Harry and Meghan Markle's tell-all interview with Oprah Winfrey was... a lot.

The discussion covered everything, from their mental health to their expanding family to alleged racism within the royal family and Harry's strained relationship with his father.

It's been a lot of information to take in. But, I hate to be the one to break it to you, there's more.

Oprah and broadcaster CBS have shared even more information that didn't make the final cut of the two-hour, exhaustive sit-down, so grab a drink, get comfortable and buckle up: Here's what's come out since.

Who didn't make those comments on Archie's skin tone.

Oprah said conversations about the skin colour of Harry and Meghan's son Archie were not had by the Queen and her husband Prince Philip.

In the original interview, Meghan said there were "concerns and several conversations" with Prince Harry about "how dark Archie's skin might be when he was born".

She declined to say who these conversations were with.

In Oprah's follow-up with CBS This Morning on, she revealed Harry had told her it was not his grandmother nor his grandfather that were part of those conversations about Archie's skin colour.

WATCH: @Oprah says “it was not his grandmother nor his grandfather” that were a part of the conversations about Prince Harry & Meghan's baby's skin color. #OprahMeghanHarry pic.twitter.com/LpPLmkUEFR

Winfrey said Harry had not told her which member of the royal family was involved in the conversation.

"He did not share the identity with me but he wanted to make sure I knew, and if I had an opportunity to share it, that it was not his grandmother or grandfather that were part of those conversations.

"He did not tell me who was a part of those conversations."

Meghan's relationship with her dad.

A previously unaired segment, where Meghan discussed her estranged father Thomas Markle, aired on This Morning.

Meghan said she tried to do everything she could to protect both her parents from invasive press, who were 'obsessed' with tracking them down.

But before her wedding, it was discovered her father had been working with the tabloids. Meghan considered this a major betrayal.

"We called my dad, and I asked him, and he said, 'No, absolutely not.' I said, 'You know, the Institution has never intervened for anything for us, but they can try to go in and kill this story. But if they do this once, we're not going to be able to use that same leverage to protect our own kids one day'.

"I said, 'We won't be able to protect our own kids one day,' and I said, 'I just need you to tell me. If you tell me the truth, we can help.' And he wasn't able to do that. And that for me has really resonated, especially now as a mother."

"'I just need you to tell me. And if you tell me the truth, we can help.' And he wasn't able to do that." — Meghan, Duchess of Sussex, on a conversation she had with her father regarding tabloids #OprahMeghanHarry pic.twitter.com/XhPwGM0Uvl

She said she couldn't imagine ever doing anything to intentionally hurt her child.

"It's so hard for me to reconcile that," she said.

"Everyone has accountability. They hunted my mom down. You never heard her say a word. She's remained in silent dignity for four years watching me go through this."

In January 2021, Meghan's half-sister Samantha Markle released a book titled The Diary of Princess Pushy's Sister Part 1. It was marketed as a 'tell-all' about her sister and included a number of negative claims about Meghan.

Meghan, in response, wondered how she wrote a tell-all when she didn't actually know her.

"I think it would be very hard to tell all when you don't know me," she said, in another clip released on CBS This Morning.

"This is a very different situation than my dad, right. When you talk about betrayal, betrayal comes from someone that you have a relationship with. I don't feel comfortable talking about people that I really don't know."

Meghan stressed she grew up "as an only child" who "wished I had siblings".

"That's why I'm so excited to be pregnant, so Archie has someone.

Meghan said Samantha only changed her surname back to Markle when Meghan and Harry began dating, "so I think that says enough."

The royal family have not reached out.

Oprah asked Prince Harry, in another previously unaired clip, if any of his family had reached out to apologise for any of the reasons he felt he had to leave the family.

"Like it's talked about across the world. Yet, the very people that don't want to see it or can't see it choose not to see it."

Harry said he did not believe his father, Prince Charles, shared his views that the royal family was a toxic environment.

"I think he's had to make peace with it," he said.

Before her engagement to Prince William, Kate Middleton was nicknamed 'Waity Katie' by the British press because of how long their relationship had gone on without a ring.

"Kate was called Waity Katie, waiting to marry William, while I imagine that was really hard & I do... this is not the same & if a member of his family will comfortably say we've all had to deal with things that are rude. Rude & racist are not the same." —Meghan #OprahMeghanHarry pic.twitter.com/2QWtDh24ef

Meghan sympathised, but said there was a difference between the 'rude' treatment other royals received vs. racism directed towards her.

"If members of his family say, 'Well, this is what happened to all of us' or if they can compare what the experience that I went through was similar to what has been shared with us - Kate was called 'Waity Katie' waiting to marry William," she said.

"While I imagine that was really hard, and I do, I can't picture what that felt like. This is not the same. And if a member of this family will comfortably say, 'We've all had to deal with things that are rude.' Rude and racist are not the same. And equally, you've also had a press team that goes on the record to defend you, especially when they know some things are not true. And that didn't happen for us."

How much it cost CBS.

Meghan and Harry were not paid for the interview, but it still cost broadcaster CBS a pretty penny.

CBS paid a license fee of between US$7million and US$9m in an agreement with Oprah's Harpo Productions, meaning it has the rights to license the special in international markets (like how it aired on Channel 10 here in Australia).

Speaking of international markets, there were reportedly four non-negotiable rules all overseas networks had to agree to in order to secure rights to the interview, based on how Meghan and Harry wanted things to be presented.

These, as reported by The Australian, included: