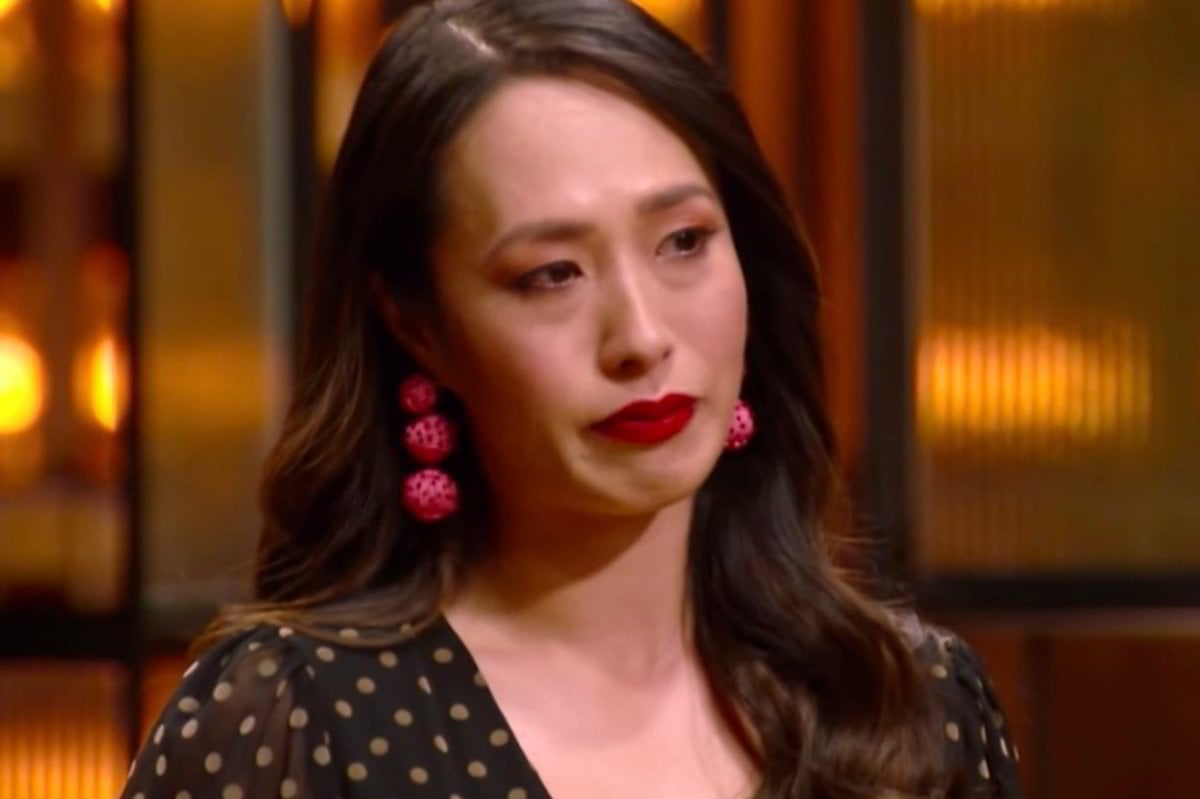 On Tuesday night, I found myself crying over some mushy fish.

I hadn't stuffed up my dinner. Although let's face it, in 2020, that could easily be enough to set any of us off.

﻿No, mushy fish was the flaw in the dish that sent MasterChef favourite Callum Hann home after an elimination cook-off with fellow contestant and close friend and Laura Sharrad, meaning he just missed out on a spot in Sunday's semi-final.

After 13 gruelling weeks in the kitchen, the father of one needed a couple of minutes to compose himself before speaking, and he wasn't the only one.

You all really need to know that @callumskitchen's wholesome nice guy persona on #MasterChefAU is all an act.

In reality he's actually even nicer.

So downhearted too see Callum @callumskitchen leave #masterchef tonight. A true gentleman, humble in victory, gracious in defeat, a culinary genius, and the type of perfect role model that our nation needs more of. You will be missed. Congrats and fair well.

I’m gutted that Callum is gone. Great cook and what a seriously top bloke: warm, humble and passionate. Kudos to Laura; the pasta Queen has grown on me and she is a brilliant technician. #MasterChefAU #MasterChef #masterchefaustralia

But four nights a week, for the past three and a half months, millions of Australians have been following the same ritual: tuning in to MasterChef: Back to Win.

Watch: Things we say while watching MasterChef. Post continues below.

The twelfth season of the show, which has seen 24 previous contestants return to our screens to battle it out for the trophy that eluded them once before, wasn’t even halfway through filming when COVID-19 made its presence felt in Australia.

But, after adopting strict new conditions, including more space between work benches and judges not eating from the same plate, production was able to continue.

And thank God it was.

While it felt unsettling to see contestants socially distancing on a reality show, it was also oddly comforting to see our own new normal reflected on our TV screens.

As the contestants stood 1.5 metres apart, so did we. We saw and felt keenly the absence of handshakes, high fives, and reassuring pats on the back.

And, in the difficult moments, when they wanted to embrace each other and couldn't - like when 21-year-old fan favourite Jess Liemantara was sent home - we cried with them because we knew just how utterly hopeless it felt. 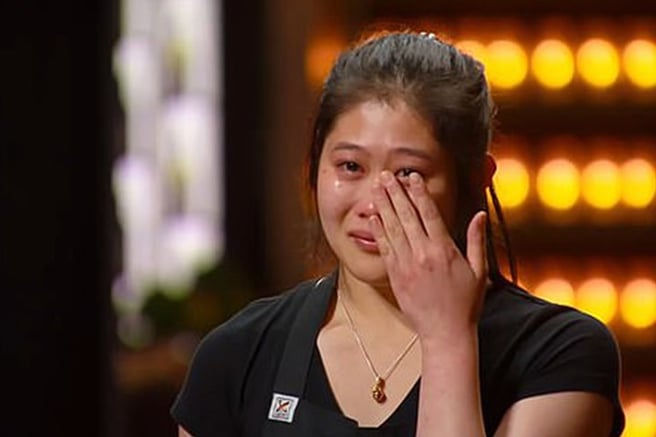 Jess Liemantara's elimination from MasterChef was all the more difficult to watch because none of her fellow contestants were allowed to hug and comfort her. Image: Channel 10.

But in the thick of each cooking challenge, we forgot all about that for an hour or so. We allowed ourselves to be swept up in the chaos of the kitchen where we were taken on a journey, not just by the contestants, but by the show’s three new judges.

And it was a journey that was every bit emotional as it was culinary.

Melissa Leong, who has spoken openly about her struggle with depression - and her need for a codeword to use when it all gets a bit much and she needs the leave the kitchen - has helped normalise mental health issues at a time when they’ve never affected so many of us.

Her empathy for the contestants and their journey has extended to us and ours, whether she says it explicitly or not. Her vulnerability and kindness have made us feel seen.

When Jock Zonfrillo held worry beads in his hands during one particularly high pressure episode, later admitting they help him cope with stress, we felt understood. We felt a little less silly about our own coping mechanisms.

And Andy Allen, well he’s our old mate, isn’t he? The one who always lifts your spirits whenever you see them. The one who says, ‘You’ll be right.’ And you just know somehow you will.

3 amigos and every cloche in Australia. Tonight’s an absolute doozy! @masterchefau @zonfrillo @fooderati

For so long, reality TV has been synonymous with drama: cheating scandals, drunken dinner parties, flying fruit bowls and toothbrushes being put places where toothbrushes should never, ever be put.

This season of MasterChef has proven that it doesn't have to be and that in fact, we don't want it to be. Not while our lives are imploding around us.

Camaraderie, friendship, support and hibachi grills mixed with a healthy dose of competition (and a side of Katy Perry) are now the tried and tested recipe for a prime-time ratings winner - one that will probably taste just as sweet long after we come out the other side of the coronavirus pandemic.

After weathering the storm of audience fatigue and behind-the-scenes drama, MasterChef: Back to Win has been the redemption story we all needed.

But it has also been so much more than that.

For frazzled mums working from home while wrangling their kids, for single people living alone, for those have been stood down or lost their jobs entirely, for just about anyone who has felt scared, stressed, isolated, and helpless this year, it has been a reassuring constant.

It's given us the familiarity and comfort we've craved in what have been some of the toughest months of our lives.

Melissa, Jock and Andy: thank you. We won’t forget it.

Reply
Upvote
1 upvotes
I have always loved the true relationships seen in Masterchef. This season is no different,  but yeah- even better.
M
mamamia-user-482898552 2 years ago