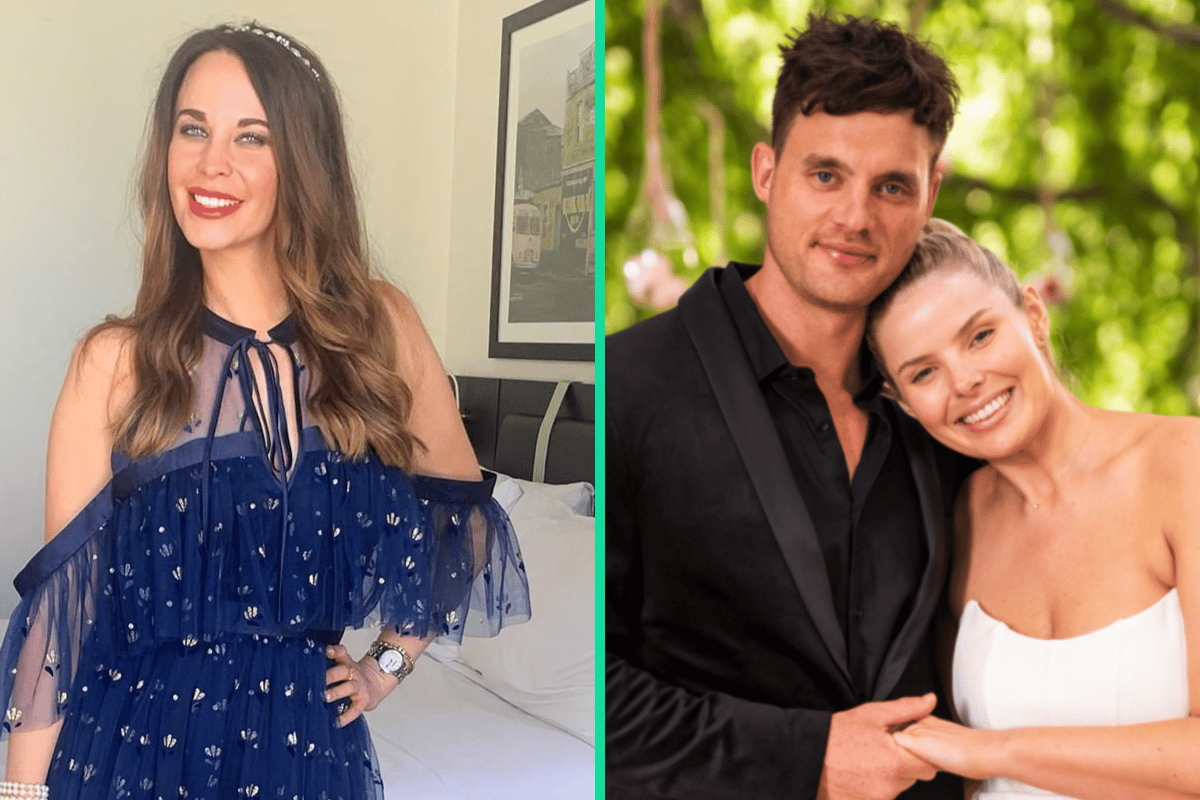 To catch up on all the MAFS 2022 recaps and gossip, check out The Twins recaps and visit our MAFS hub page.

This season of Married At First Sight was one hell of a watch.

Filming may have wrapped up, but the drama is far from over as tea continues to spill out all over the place.

Watch the extended trailer for Married At First Sight 2022. Post continues after video.

So, with that in mind, here's all the gossip surrounding Married At First Sight 2022.

So it appears Married At First Sight Australia editors DO make people look better than they actually are - according to Holly, that is.

Speaking to RnB FRIDAYS Radio’s Mike E & Emma, Holly revealed that Andrew and Olivia had their edits softened due to public backlash.

Holly and Andrew may not have lasted long in the experiment, but their impact was long-lasting for viewers who watched the pair's marriage unravel after Andrew told Holly she wasn't all that good in bed.

"He was pretty horrible, he was very unkind," the former bride shared.

"[Production] had a real duty of care to make sure they didn’t make him look so bad," she went on to say.

"On the girl’s night she called me a mosquito," she explained before adding, "I personally didn’t get a lot of kindness from Olivia and I did see a lot of bad behaviour from her.

"When it comes to the scandals, the one thing I can guarantee you is what you’re watching it is toned-down. It’s more epic."

In a new interview, Olivia revealed that she and Jackson are already planning their future together.

“We want to travel, buy a house, and make our marriage legal before we’re ready for a bub,” she told New Idea.

It was made clear during season nine of Married At First Sight that Olivia was "in love" with Jackson, but he wasn't quite there yet.

However, it appears he is just as committed to a long-term future with his MAFS wife.

"Any kids of ours would be welcomed into very wild and loving families, with amazing grandparents, aunties, and uncles," he explained. "Liv’s mum is very excited for grandbabies. My dad is also keen."

"Our relationship has very much progressed since wrapping the show. Being off camera has brought us a lot of peace," Olivia revealed.

Listen to No Filter's episode with Olivia Frazer. Post continues after audio.

Ella calls out the producers for allegedly mismatching couples on purpose.

While discussing Daniel Holmes and Carolina Santos' relationship on the Hit NSW radio show, Ella agreed with host Maz that the couple's cheating scandal seemed set up as they were such a good match.

"The thought crossed my mind when I was watching the dinner party," she said.

"[I remember thinking,] 'Their conversation right now is too spot-on'. Even I was questioning that," she continued.

"I was chatting to some of the other participants [at the party] like, 'Guys, are you seeing what I’m seeing?'

"It’s all a little bit too perfect [between Daniel and Carolina]."

Contestant Daniel Holmes has defended his MAFS partner Carolina Santos in a video obtained by the Daily Mail, blaming producers for giving Carolina a bad edit.

"So Andrew walks in the dinner party, talks a little bit about Holly, and apparently is throwing her under the bus," he started, referencing the show’s earlier drama.

"Selin walks in and talks about how she feels about Anthony and apparently she’s throwing him under the bus," he continued.

"Dion walks in and absolutely roasts Carolina to all these dorks, and she is the worst of all time and Dion is a hero."

Andrew "100 per cent" regrets appearing on the reality show.

Chatting to Nova’s Fitzy & Wippa, Andrew called out the experts for pairing him with Holly Greenstein on the show, before adding that he hopes she can find love in the future.

"I did my apologies, I tried as hard as I could to apologise to her in her presence. I still have a problem with her not being accountable to anything she says," he said.

A post shared by Fitzy & Wippa on Nova (@fitzyandwippa)

He also said he "100 per cent" regrets appearing on Married At First Sight and added he felt he would have been better suited with 26-year-old Samantha Moitzi, who is paired with Al Perkins on the show.

"She was cool, but I wasn’t there to meet other girls," he shared.

"I was there to be paired with somebody and at no point was I thinking about that. But I think Sam was really nice, a lot of the girls were really nice."

Andrew also shared that he has rekindled with an old flame since leaving Married At First Sight.

"I have had a partner for quite a while now," he shared, adding that it is somebody he was with previously.

"[It] had kinda fell off, and then yeah, it kind of got sparked back up," he added.

It looks like Married at First Sight wasn't Andrew Davis' first shot at Aussie reality TV after all.

The Daily Mail uncovered his audition tape for SAS Australia and it's safe to say... it was a lot.

"I can tell that this show is my destiny. I was born to do this. I was made for this," he said.

"I’ve been through several challenges in my life, but I can tell that this is one that I can see all the way through.

Another highlight of the video included Andrew grabbing a can of an energy drink out of the toilet bowl and drinking it in budgy smugglers.

It's really a no-brainer that his next logical step was Married at First Sight.