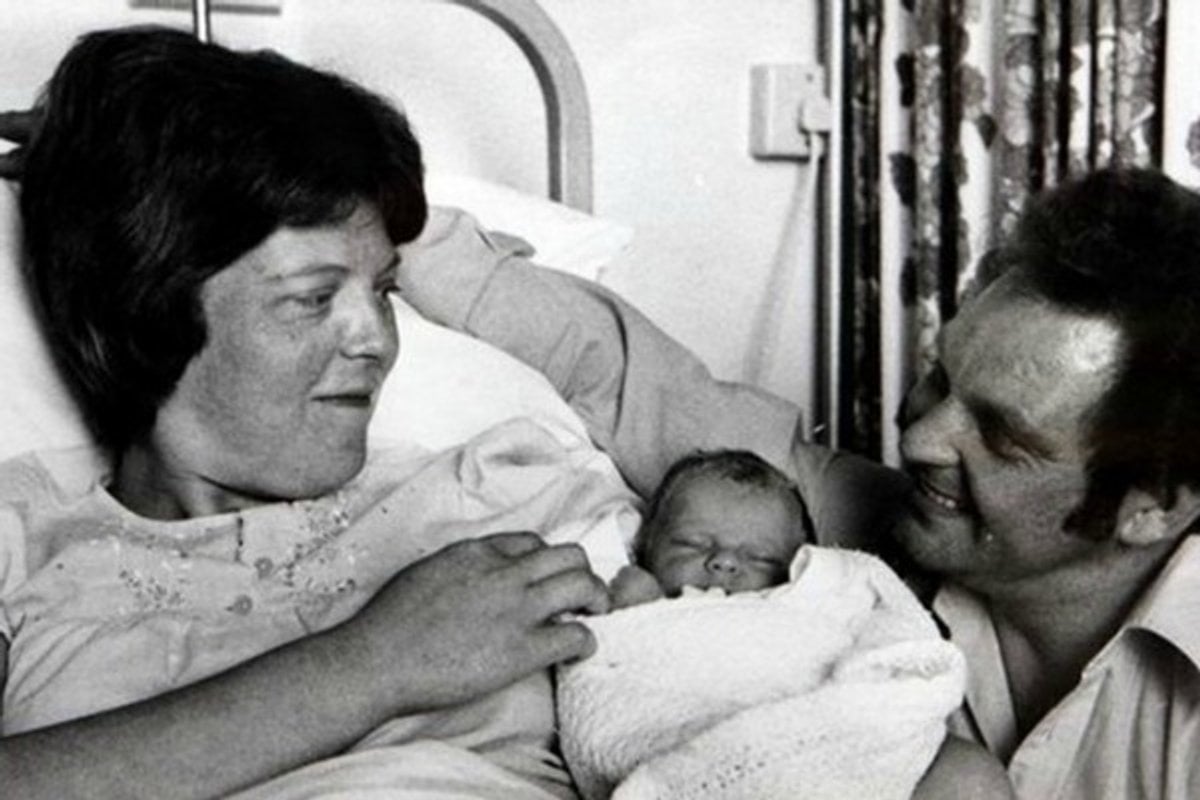 In February 1945, a woman named Beulah Hunter gave birth to a baby girl in Los Angeles.

She named her daughter, who weighed in at 3.14kg, Penny Diana. And the little girl grew up into a perfectly normal, healthy child.

But her entrance into this world was anything but normal and remains record breaking seven decades later.

Baby Penny was more than 100 days overdue, with her mother recording the longest known human pregnancy at 375 days.

The average healthy pregnancy is around 40 weeks (280 days) gestation, but Beulah was pregnant for one year and 10 days.

Beulah's pregnancy progressed normally for the first three months but at the six-month mark doctors noted some differences. She'd only just started to feel her baby move, according to Medium. 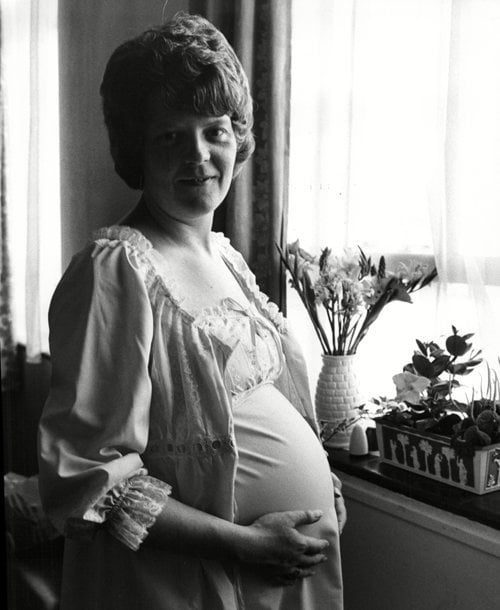 Beulah Hunter was pregnant for one year and 10 days. Image: Twitter.

Despite the delayed development, the 25-year-old's birth went completely to plan.

Doctor Daniel Beltz, who delivered the child, was forced to publicly reveal his patient's pregnancy test to the media after the story garnered intense criticism.

Many assumed Beulah must have lost her first pregnancy - quickly becoming pregnant again without realising it was a new baby. But Dr Beltz produced a test performed in the laboratory dated March 24, which proved that the woman's menstruation cycle stopped on February 10. 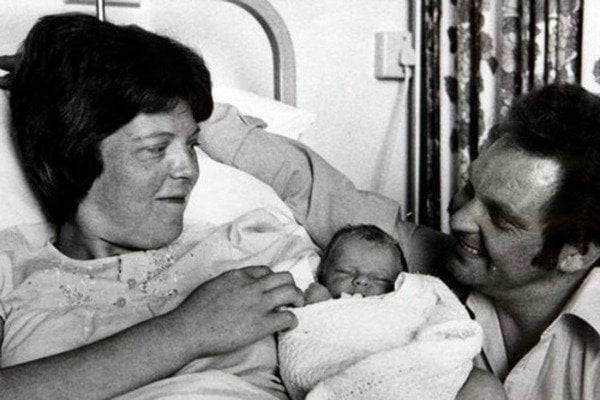 She gave birth the following year on February 21.

Medical papers from the birth report "Mother and child and father... doing fine," with the pregnancy beating the previous 'longest' record by 58 days, according to Time Magazine. 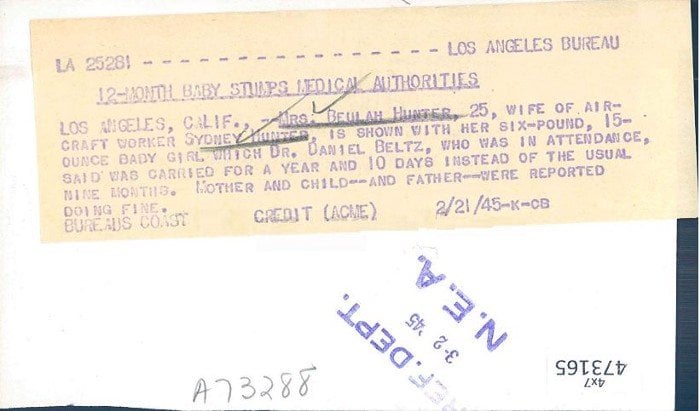 The doctor was forced to provide proof of the long pregnancy after attracting criticism. Image: Twitter.

In 2016, a woman in China claimed she was pregnant for 17 months, but medical experts have doubts about her story given she refused to produce an ultrasound as proof.

Wang Shi claimed she became pregnant in February 2015, was due in the November, but didn't give birth until August after being diagnosed with a condition called placenta previa - or an underdeveloped placenta - which would delay birth. 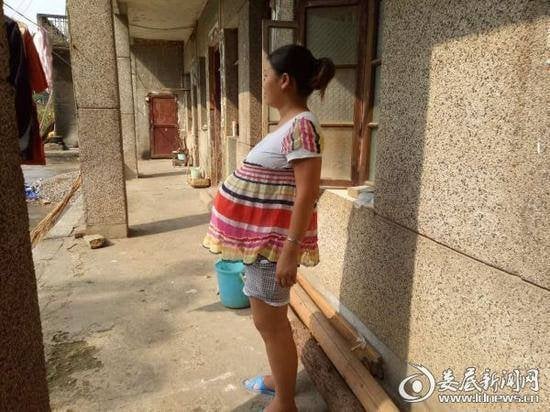 Wang Shi claims to have broken Beulah's record, but medical experts aren't so sure.

Reporters tried to track down the woman's doctors, with one medical professional called Huang telling QQ "According to my check up the baby is about 38 weeks. Everything seems normal."

Dr Huang said it was impossible to tell from the pregnancy but Wang did not have the necessary documents to prove her pregnancy had been going for as long as she claimed.