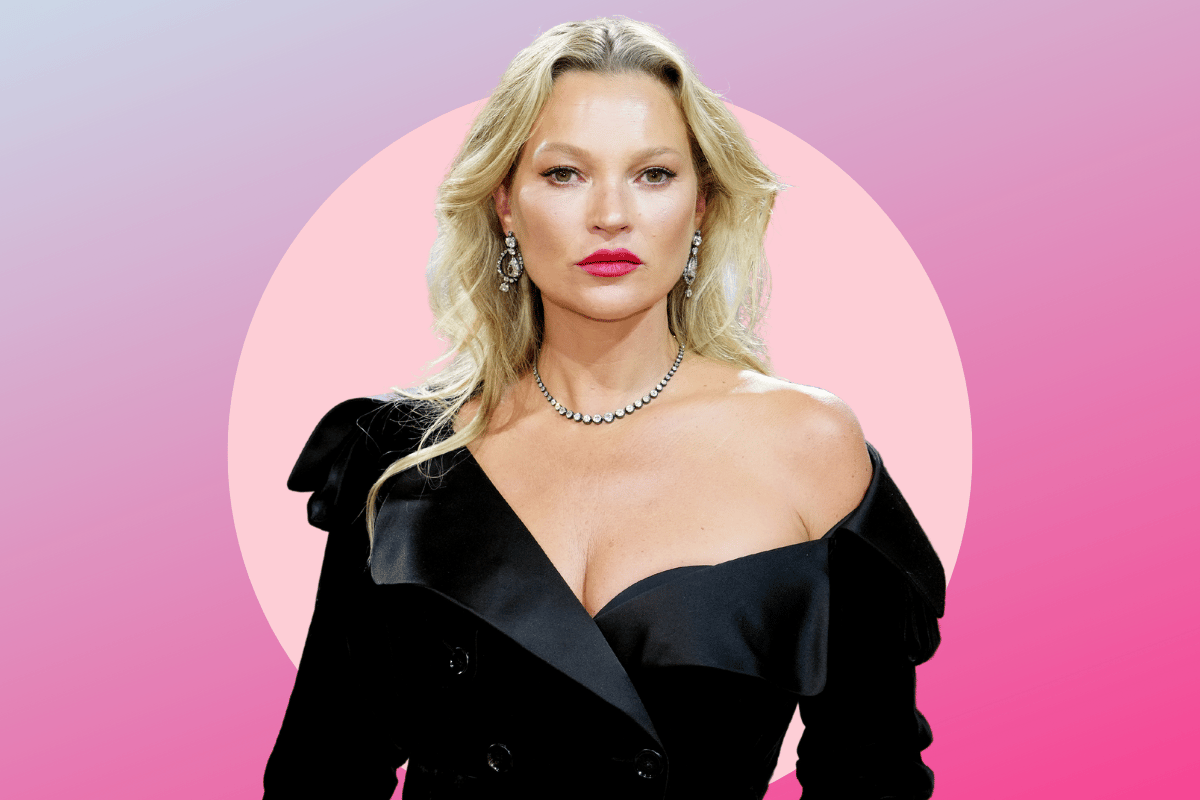 Kate Moss has had one of the most successful modelling careers in history. Over the decades, few faces have been more photographed or revered than the 48-year-old supermodel's.

In the early '90s, she single-handedly re-shaped the mould of high fashion and street fashion, becoming a style and beauty muse for millions around the world.

She's a bona fide cultural icon - but in recent years, the enigmatic Moss has shifted her focus to fostering the careers of other models through her own agency, and stepped back from the spotlight for a quieter life in the country.

Watch: Actor Johnny Depp takes to the stand in his defamation case against ex-wife Amber Heard. Post continues below.

In a rare new interview with BBC Radio 4's Desert Island Discs programme, the British model has spoken candidly about everything from her early career to her party girl reputation, and her relationship with Johnny Depp.

Here are eight things we learned about Kate Moss in her interview with BBC radio.

An uncomfortable shoot when she was 14 helped "sharpen her instincts".

Kate Moss was first scouted at the age of 14 at JFK airport, before being signed by Storm modelling agency in 1988.

She told BBC how she would go to castings in London on her own and once found herself "in a horrible situation" with a man who wanted to photograph her for a bra catalogue.

"I took my top off, and I was really shy then about my body, and he said 'take your bra off', and I could feel there was something wrong so I got my stuff and I ran away."

Moss said that the frightening experience had "sharpened her instinct" and that as a result she could "tell a wrong 'un a mile away".

In one of her most iconic shoots, 17-year-old Kate Moss appeared in a Calvin Klein underwear campaign with Mark Wahlberg in 1992. It was the collaboration that would soon make her an instant worldwide sensation.

But, as she told listeners, it was far from a great experience. In fact, she said her memories of it were “not very good”.

"It was all about him. He had a big entourage - and I was just this tiny model... I was quite young and innocent."

She was asked to pose topless for the images, and said she felt objectified and "vulnerable and scared".

She goes on to tell BBC that she suffered from severe anxiety before the shoot and was prescribed medication.

"I really didn't feel well before the shoot. For a week or two I didn't get out of bed - I had severe anxiety and the doctor gave me Valium."

She believes she was made a 'scapegoat'.

While Kate Moss had become an international modelling success, her rise to fame brought some heavy criticism.

One of the most controversial and well-known fashion photos of Kate Moss was taken by Corinne Day for the cover of British Vogue in 1993.

In the Vogue image, 19-year-old Moss was pictured with her hair tied back, wearing a pink vest and black underwear.

Her waif-like figure received a wave of backlash, with Moss being criticised for glorifying 'thinness' and promoting a so-called “heroin chic” image.

She told BBC, "I think I was a scapegoat for a lot of people's problems. I was never anorexic, I never have been."

"I had never taken heroin. I was thin because I didn't get fed at shoots or in shows and I'd always been thin."

"It was a fashion shoot. It was shot at my flat. And that's how I could afford to live at the time. And I think it was shock because I wasn't voluptuous - I was just a normal girl."

She describes the backlash of her taking drugs in the early 2000s as "hypocritical".

In 2005, a British newspaper published photographs showing Moss taking cocaine. She was pictured in a recording studio with her now ex-boyfriend Pete Doherty.

"I felt sick and was quite angry because everybody I knew took drugs," she told BBC.

"So for them to focus on me and try to take my daughter away, I thought was really hypocritical."

After the photographs were published, Moss then published a statement apologising for her behaviour.

"If people were looking up to me, I had to apologise."

She reveals why she spoke up in the Johnny Depp case.

Moss and Depp dated for four years, and were one of the hottest celebrity “It” couples of the ’90s - with their tumultuous relationship often making headlines.

Over two decades after their separation, their relationship was back in the headlines once again, with Moss addressing allegations that Depp had pushed her down a staircase when they were dating.

When asked why she stepped forward to support Depp in his recent trial against Amber Heard, Moss told BBC, "I believe in the truth and I believe in fairness and justice."

She continued: "I know the truth about Johnny. I know he never kicked me down the stairs. I had to say that truth."

Moss also talked candidly about standing by her friend John Galliano, the British fashion designer who was found guilty of racial and antisemitic abuse in 2011.

"I know that John Galliano is not a bad person - he had an alcohol problem and people turn," said Moss. "People aren't themselves when they drink and they say things that they would never say when they were sober."

She dislikes having her photo taken personally.

In the interview, the model also talked about not believing she was photogenic when she was younger, sharing how she's always been more comfortable stepping into character for her job.

"I would never, ever have said to anybody I wanted to be a model because I thought that was vain," she said.

Moss set up her own talent agency in 2016, Kate Moss Agency, with her 19-year-old daughter Lila Moss being one of her first signings.

The fashion icon said her experience has meant she has been able to give her daughter some important advice.

"I've said to her you don't have to do anything you don't want to do," she said.

Moss goes on to say that being on the other side has made her aware of how to take care of her models, ensuring an agent is always with them at a shoot so there is someone there to say, "I don't think that's appropriate".

These days, she prefers the quiet life.

Since selling her home in London and moving to the Cotswolds (in central south-west England), Moss said she's settled into a slower pace and picked up a wholesome new hobby.

"I'm obsessed with gardening," she said. "I've got a membership at the local garden centre, and I go with my mum and we have the best time."

"I love a dance, but I'm not into being out of control anymore," she said, adding: "I like to get to bed and do my meditation before anyone gets up. I like to feel in control."