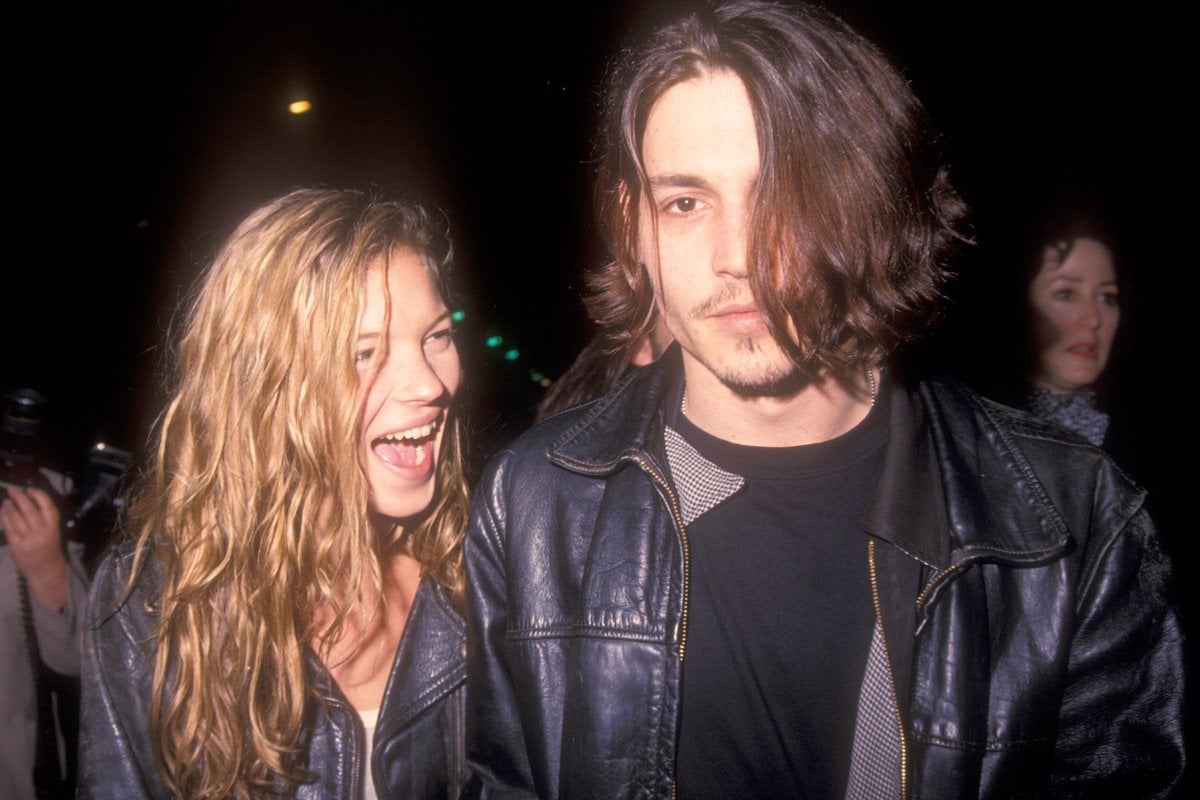 On Wednesday, US time, Kate Moss testified in the ongoing defamation trial between Johnny Depp and Amber Heard.

The British supermodel, 48, gave evidence in court via video link from her English home in Gloucestershire, about an alleged incident where Depp caught her after she slipped down a set of stairs while on holiday in Jamaica.

"We were leaving the room, and Johnny left the room before I did, and there had been a rainstorm. As I left the room, I slid down the stairs and I hurt my back," Moss told Depp's attorney Benjamin Chew before the court.

"I screamed because I didn’t know what had happened to me and I was in pain. He came running back to help me and carried me to my room and got me medical attention," she added.

Moss said Depp had not pushed her down the stairs.

When asked if, at any point in their relationship, he had pushed her in that way, Moss told Chew: "No."

"He never pushed me, kicked me or threw me down any stairs, no," she said.

Heard’s attorneys declined to cross-examine Moss, and the model was told she was free to go.

Watch: Johnny Depp on the stand. Post continues after video.

Earlier this month, Moss was referenced in the trial, when Heard discussed an alleged altercation between Depp and her sister, Whitney Henriquez.

"[Whitney] threw herself in the line of fire," Heard said about the alleged 2015 incident.

"She was trying to get Johnny to stop. Her back was to the staircase, and Johnny swings at her… I don’t hesitate and wait. I instantly think of Kate Moss and stairs."

In a now-viral video, Depp's attorney was seen fist-pumping after Heard mentioned Moss, presumably because it gave them the opportunity to call the model as a witness.

Following her testimony, here's everything you need to know about Kate Moss and Johnny Depp's relationship.

Celebrity columnist George Wayne claimed to have introduced them.

"Johnny was in the back having dinner and Kate walked in with Naomi [Campbell] and The GW [George Wayne] grabbed her and made the introduction," the writer wrote on Instagram in 2019.

"I had no idea that they would then become the IT couple for seasons to come, destroying hotel rooms across the globe during their still unforgettable union!"

Moss later told Spin of their instant connection: "I knew from the first moment we talked that we were going to be together." 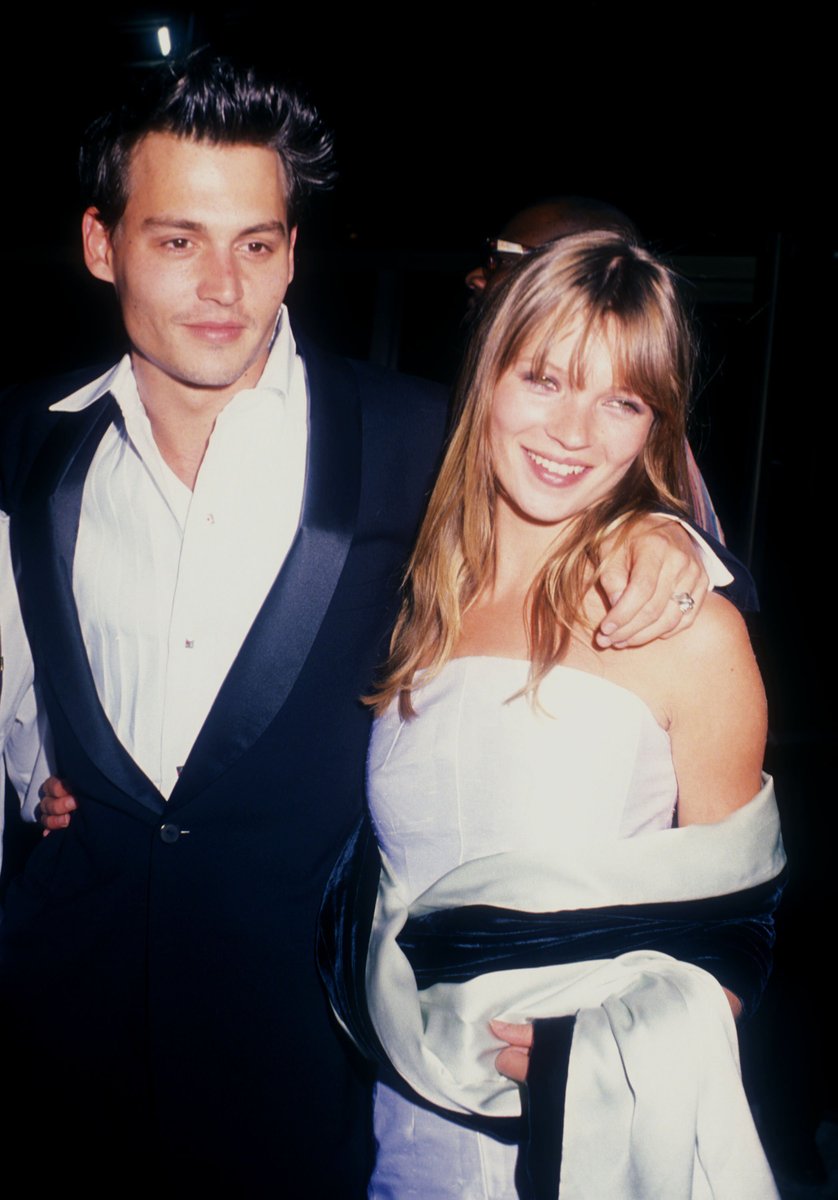 Two weeks after meeting, Moss attended the premiere of Depp's film Banter, followed by an after-party at the Viper Room (the LA nightclub which Johnny Depp owned at the time and where River Phoenix died four months earlier).

The couple went on to travel together and attend various premieres side by side.

Depp once boasted the pair had sex in all 63 rooms at the iconic LA hotel Chateau Marmont, and at one point, he reportedly ordered 36 bottles of champagne to fill a bathtub for them to bathe in.

It was around this time that Depp started to gain a reputation as a Hollywood 'bad boy'.

In September 1994, Depp was arrested for criminal mischief at New York's Mark Hotel for reportedly trashing his hotel room. Police found him "in a state of possible intoxication" with Moss, unharmed.

"It has absolutely nothing to do with Kate," Depp later said, according to Fred Vermorel in Kate Moss: Addicted to Love.

"You want to hear the honest truth about what happened in that hotel? There was a cockroach in that room the size of a baseball, and I was chasing it, and I missed."

A judge dismissed the charge against Depp on the condition that he stay out of trouble for six months. The actor paid the Mark more than $2,000 for damages.

In January 1995, Depp hosted a 21st birthday for Moss at the Viper Room. He bought her a John Galliano white slip dress.

"It has travelled with me everywhere over the years. It’s the most perfect dress. I also lent it to Sadie [Frost] when she married Jude [Law]," she told British Vogue years later.

"He said, 'Kate, I’ve got something on my arse, you have to look, I don’t know what it is, will you have a look for me?'" Moss told Fashion Film.

"I'd only known him like three months! I put my hand down the back of his trousers and pulled out this f***ing Tiffany necklace.

"It was nice not to find a boil. That necklace is f***ing class," she added. 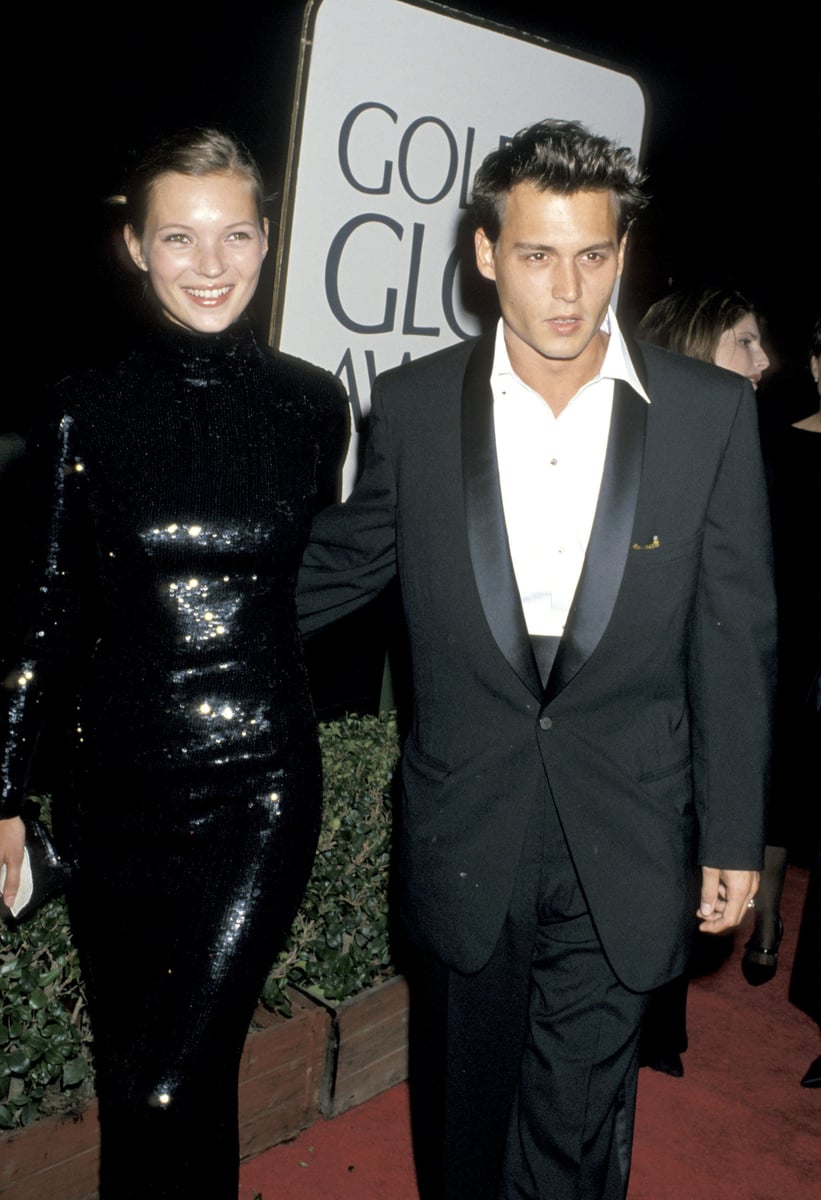 The following year, they appeared together briefly at the Cannes Film Festival, and have reportedly remained on good terms ever since.

"There’s nobody that’s ever really been able to take care of me. Johnny did for a bit. I believed what he said," Moss told Vanity Fair in 2012.

"Like if I said, 'What do I do?' he’d tell me. And that’s what I missed when I left. I really lost that gauge of somebody I could trust. Nightmare. Years and years of crying. Oh, the tears!"

In a 1998 interview, Depp reportedly said of their breakup: "I have never got that emotional over a woman before. I have been so stupid because we had so much going for our relationship.

"I’m the one who has to take responsibility for what happened – I was difficult to get on with, I let my work get in the way and I didn’t give her the attention I should have done."

"The whole thing was crazy because I should never have got so worked up over what people had to say about my work. Sure, I should care about my movies, but when I get home, I should try to leave that stuff behind," he continued.

"I couldn’t do that, and I was horrific to live with. Trust me, I’m a total moron sometimes."

Read more on Kate Moss' relationships: An identical daughter and 4 years with Johnny Depp: A look into the life and loves of Kate Moss.

I
iemb8 a month ago

Reply
Upvote
@iemb8 it discounts Heards because she was using it as a gotcha.
She acted in a way based on something she knew happened before, except it didn't happen, negating her point.
M
mb1111 a month ago