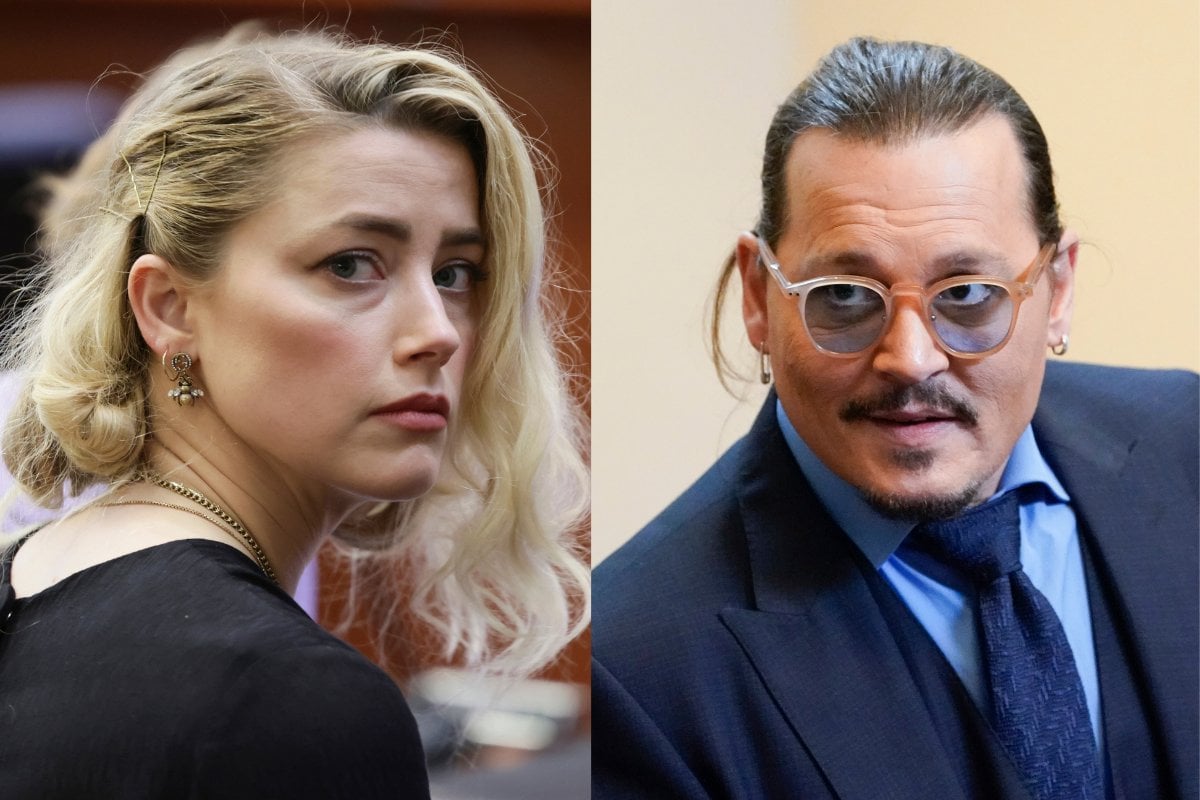 Over the past six weeks, the defamation trial between actors Johnny Depp and Amber Heard has dominated both public and private conversation. Across news headlines and opinion pieces, across social media posts and videos, the world watched.

But the only judging that mattered was in the hands of seven jury members - five men and two women - and today, after almost 13 hours of deliberation, they delivered their unanimous verdict in favour of Depp.

So what does it all mean? Let's sort through the miasma of information.

Remind me, what was the trial about?

Depp filed a $50 million (that's US dollars) defamation suit against Heard, alleging that a 2018 The Washington Post op-ed she wrote was damaging to his reputation and career.

The op-ed was titled: "I spoke up against sexual violence - and faced our culture’s wrath. That has to change."

In the piece, Heard referred to herself as "a public figure representing domestic abuse."

While Depp is not named in the article, his lawyers argued that it was clear she meant Depp was the abuser in the op-ed. Heard had publicly accused Depp of abuse during their 2016 divorce proceedings.

Heard filed a countersuit of $100 million against Depp after his former lawyer called her allegations a hoax.

Who was the jury?

The jury consisted of five men and two women, with another man and woman serving as alternates.

Their identities won't be made public for a year.

According to news reports, the jurors ranged from people in their 20s to 60s and were of various ethnic backgrounds.

Alternates are juror #2 (officially #3) and #8 (officially #14) on the graph below, still on standby if needed...@courttv #JohnnyDepp #AmberHeard pic.twitter.com/L6z6MoPyWi

OK, so Depp "won". What does the verdict actually mean?

Legally, at the heart of Depp's case against Heard, was the op-ed she wrote for The Washington Post.

The jury had to determine if the opinion piece resulted in reputational and career loss for Depp. They had to look at the title of the piece as well as two particular passages within it, and determine if those individual parts referred to Depp as the abuser, even though he was not named explicitly.

They also had to determine if Heard acted with "actual malice". In 1964, the US Supreme Court ruled that defamation suits brought by notable figures must not only prove the claims were false and caused them damage, but that the person who made the defamatory statement did so with “actual malice". This means that Heard either "knew what she wrote was false" or "acted with reckless disregard for the truth".

Heard's lawyers argued that if she and her team proved even a single incident of abuse by Depp, then he should not win the trial.

They argued that her op-ed and comments were part of the US constitution's first amendment covering freedom of speech.

The jury found that Heard could not substantiate her allegations against Depp as a domestic violence abuser and that she caused him reputational damage when she published her op-ed.

While this was a defamation trial, not a criminal trial, the underlying verdict is that since Heard could not prove the domestic violence, she was thus lying about it.

Regarding Heard's countersuit, the jury determined that three statements made in the Daily Mail on two separate dates in April 2020 by Depp's former attorney Adam Waldman hurt her reputation and career.

The jury awarded Depp $10 million in compensatory damages and $5 million in punitive damages in his defamation case. So that's $15 million altogether (we're still talking US dollars).

The Fairfax County Circuit Court Judge Penney Azcarate reduced the punitive damages to $350,000, which is the state’s legal limit. So that's a revised $10.4 million for Depp in total.

The jury awarded Heard $2 million in compensatory damages, but no punitive damages in her counterclaim.

That means Heard is required to pay Depp $8.4 million. 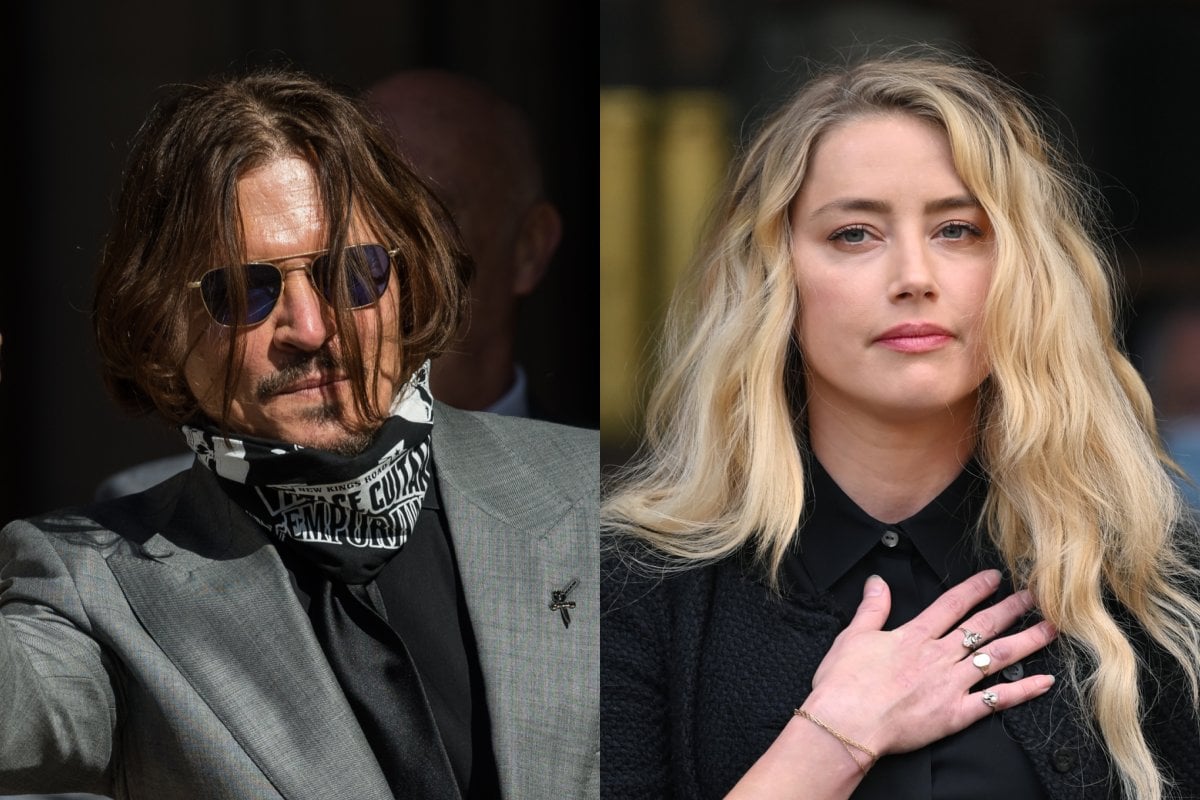 Yes, he did. Depp sued the parent company that owns UK newspaper The Sun and the newspaper’s executive editor for calling him a "wife beater" in 2018.

Justice Andrew Nicol ruled against Depp two years ago, stating the newspaper presented substantial evidence to show that Depp was violent against Heard on at least 12 of 14 occasions.

But legal systems are different in the US and the UK. One outcome does not determine the other.

In fact, defamation claims filed in the US by public figures are notoriously more difficult cases to win due to the higher standard a plaintiff must prove.

Heard cannot sue for defamation based on anything that was in the trial because of legal rules designed to stop people from retrying the same case. She could appeal on other things like the breakdown of damages or a judicial irregularity.

According to NBC News, Heard has plans to appeal.

How did Depp react?

Depp did not attend the reading of the verdict. Reports indicate he is currently in a pub.

This is his statement:

"Six years ago, my life, the life of my children, the lives of those closest to me, and also, the lives of the people who for many, many years have supported and believed in me were forever changed.

All in the blink of an eye.

False, very serious and criminal allegations were levied at me via the media, which triggered an endless barrage of hateful content, although no charges were ever brought against me. It had already traveled around the world twice within a nanosecond and it had a seismic impact on my life and my career.

And six years later, the jury gave me my life back. I am truly humbled.

My decision to pursue this case, knowing very well the height of the legal hurdles that I would be facing and the inevitable, worldwide spectacle into my life, was only made after considerable thought.

From the very beginning, the goal of bringing this case was to reveal the truth, regardless of the outcome. Speaking the truth was something that I owed to my children and to all those who have remained steadfast in their support of me. I feel at peace knowing I have finally accomplished that.

I am, and have been, overwhelmed by the outpouring of love and the colossal support and kindness from around the world. I hope that my quest to have the truth be told will have helped others, men or women, who have found themselves in my situation, and that those supporting them never give up. I also hope that the position will now return to innocent until proven guilty, both within the courts and in the media.

I wish to acknowledge the noble work of the Judge, the jurors, the court staff and the Sheriffs who have sacrificed their own time to get to this point, and to my diligent and unwavering legal team who did an extraordinary job in helping me to share the truth.

The best is yet to come and a new chapter has finally begun.

How did Heard react?

Heard was present in the Virginia court when the verdict was read out.

This is her statement:

"The disappointment I feel today is beyond words. I’m heartbroken that the mountain of evidence still was not enough to stand up to the disproportionate power, influence, and sway of my ex-husband.

I’m even more disappointed with what this verdict means for other women. It is a setback. It sets back the clock to a time when a woman who spoke up and spoke out could be publicly shamed and humiliated. It sets back the idea that violence against women is to be taken seriously.

I believe Johnny’s attorneys succeeded in getting the jury to overlook the key issue of Freedom of Speech and ignore evidence that was so conclusive that we won in the UK.

I’m sad I lost this case. But I am sadder still that I seem to have lost a right I thought I had as an American — to speak freely and openly."

Well, this is where it could get a little messy.

It has been suggested throughout the trial that Heard has hit some financial woes as a result of the enormous $US50 million lawsuit brought against her.

So much so that, while Heard had publicly pledged her $US7 million divorce settlement to charity American Civil Liberties Union, during the trial she shared that she may not be in a position to make the donation after all.

But even if Heard doesn't have the funds right away, in accordance with the laws of Virginia, she will have up to 30 years to pay up.

Alternatively, Heard may try her luck at appealing the verdict - but that too will be costly, as she will have to post bond for $US10.4 million in damages.

And the last stop option if she really can't pay?

Heard can file for bankruptcy. While this would mean she can swerve the $US10 million in compensatory damages, she would almost certainly still need to fork out for $350,000 in punitive damages.

D
Deleted a month ago

T
twodogs a month ago