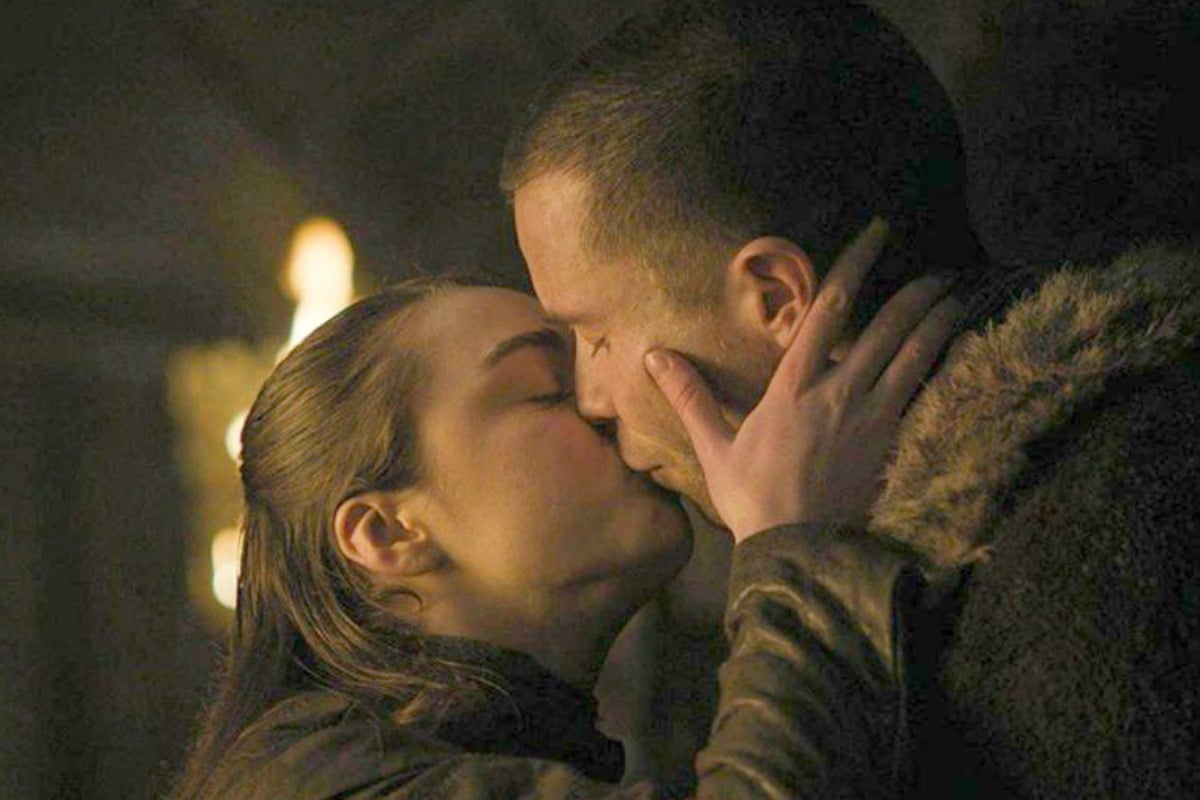 Now that we’re in the thick of Game of Thrones season 8, it seems there’s a new fan theory appearing every hour.

From the theory that Arya Stark isn’t actually Arya anymore, to the bizarre theory that Littlefinger is still alive and preparing for revenge, they really are endless.

But there’s one recurring theme among Game of Thrones that stands out among others.

You see, there’s a lot of pregnancy speculation around Game of Thrones at the moment.

Back in season six, we discovered that Cersei Lannister is actually pregnant with Jaime’s child – the Lannister heir. (Side note – there is also lots of speculation floating around that she’s lying about the pregnancy or that the child is actually Euron Greyjoy’s).

Likewise, for months, fans have speculated whether Daenerys Targaryen would have a child with Jon Snow.

But now, there’s another potential pregnancy on the cards.

Remember when Arya Stark seduced Gendry ahead of the Battle of Winterfell.

Well, how could you forget? It was slightly… uncomfortable.

But the conversation the pair had just moments before they did the deed gave away a massive clue.

Just before Arya lost her virginity, Gendry explained to her that he is Robert Baratheon’s bastard child.

Now, if you cast your mind back to the very first episode of Game of Thrones (we know, it was a long time ago), you might remember a conversation between Ned Stark and Robert Baratheon.

“I have a son. You have a daughter. We’ll join our houses,” Robert told Ned at the time.

Although Robert was most likely referring to Joffrey and Sansa, this statement could ultimately refer to Arya and the true Baratheon heir, Gendry.

Speaking to PureWow, Game of Thrones tutor (yes, that’s a real job) Christopher Williams explained that there is a possibility that Arya is pregnant with Gendry’s child.

“She slept with Robert Baratheon’s bastard child. So, she could be carrying a legitimate heir to the throne. But, I think it’s too soon for anything more on that,” he explained.

"Perhaps [Gendry] will be acknowledged as the son of Robert Baratheon by a ruler at some point in season 8, but he will die nonetheless," one fan explained. "After all are dead and we are left in shock about who will rule the Seven Kingdoms, we will learn that Gendry’s Royal Blood will live on via the child that Arya will be carrying after their episode 2 get together."

One fan simply commented: "THERE'S NO TIME FOR THAT!"

Oh ffs. I love GOT as much as the next person, but this is getting ridiculous. I suppose that yes, in theory, a grown (and presumably fertile) man and woman having sex could lead to pregnancy. But I think people are reaching here. How many completely wrong theories were just blown apart yesterday? Bran is not the Night King, the Night King was not already in the way to Kings Landing, and I don’t think *anyone* thought that Arya would be the one to beat him.