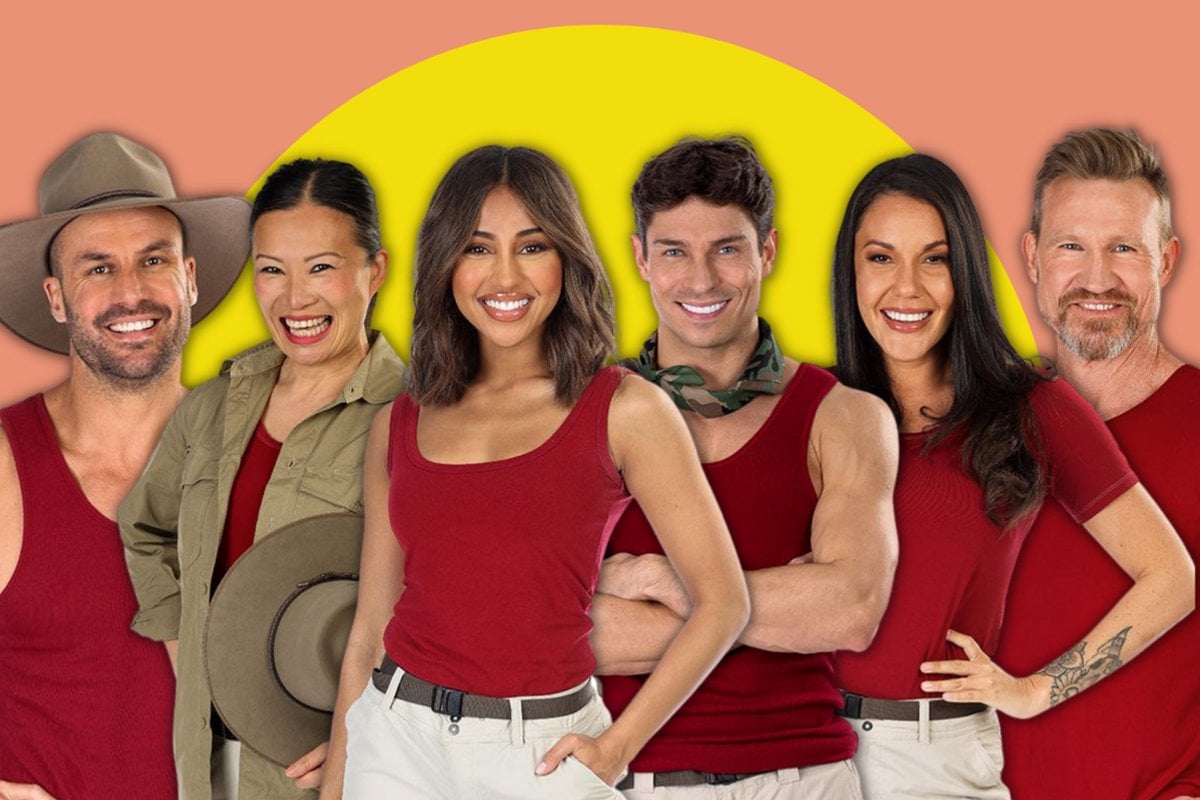 I'm a Celebrity has well and truly kicked off, and already we have seen our favourite competitors put their personal hygiene, integrity and competitive spirits on the line.

While the jungle has been packed to the brim with flirting, drama and intense confessionals - each campmate has made it clear they are there to win.

Watch I'm A Celebrity Get Me Out Of Here's official trailer. Post continues after video.

From alleged feuds to a brewing romance, this season has been anything but boring.

Here's everything we know about it so far.

On the episode aired on December 20th, former NRL player Beau uttered the words that would see him immediately leave the jungle: "I'm a celebrity, get me out of here."

He had been open about having a hard time, but the decision still came as a shock to his fellow camp mates and viewers.

"I travel a lot, and I work a lot. I remember growing up there was a guy who lived two houses down from me whose dad was always away for work – and I don't want to be that dad. My kids need their dad. My wife needs her husband. And I need to find myself back at the moment," he said.

"I'm a celebrity, get me out of here, and I'll see you on the other side."

After the episode aired, Beau shared a video on Instagram of himself surprising his children when he returned home.

The decision comes after reports about Beau being involved in an alleged 'feud' while filming surfaced.

There were rumours Beau kicked up a fuss after learning his competitor Nathan Buckley had earned a hell of a lot more than him.

Originally reported by the Herald Sun, a source told the publication that he'd overheard Beau "responding angrily he was in the jungle free of charge".

There were also claims the former NRL player had threatened to leave the show if his pay check was not bumped up, but in an interview with the Daily Telegraph, he dismissed the rumours as utter rubbish.

"First of all it is untrue. I got on really well with him and I speak to him probably every day since the jungle," he explained before adding: "Not one person in there spoke about money that I was aware of, even though Bucks probably did get paid the most. I'm used to criticism, but that one hurt. I am a lover not a fighter."

Beau went on to say the rumours "hurt" him.

"That one hurt considering they made it about money and a feud between us two. I am happy to put that to bed," he said.

He is the fourth celebrity to ever tap out of the game, following behind tennis star Bernard Tomic, former professional boxer Anthony Mundine, and comedian Mel Buttle.

Beau Ryan lets it slip how much money he made to appear on the show.

Obviously, fans were a bit shocked when the former rugby star abruptly departed from I'm A Celeb, and his most recent speech on the show revealed his intentions on why he really decided to call it quits.

"As you know, the last couple of days I've been struggling, today I was a bit broken. It's been really hard for me, I’m not going to lie to you," he said.

"The reason I did this show is to test myself, which I have. I've shown Australia the good, bad and ugly of me. I've had some moments I regret, some moments I don’t, but I'm proud of everything that's happened."

He went on to say he couldn't "explain" his feelings about the bonds he'd created with the other celebrities, but was adamant on returning home to his wife and two children.

In a later interview with Triple M’s Rush Hour with Wendell, Jude and Gus, Beau let it slip that he'd made $200,000 for appearing on I'm A Celeb, - making him one of the highest paid celebrities this season.

The other stars are also making a lot of money.

The highest paid celebrities in the past have had major pay days after appearing on I'm A Celeb, and this season is no different.

So Dramatic! reported the one earning the highest figure in season 10 happens to be Joey Essex - the international contestant hailing from the UK.

While not too many Aussies may know the reality star - who appeared in the popular reality show The Only Way Is Essex - he has fast become a favourite contestant among viewers.

Former Collingwood player and coach Nathan Buckley will reportedly also be taking home a huge pay package, to the tune of $300,000.

"Going into an elimination, I became very, very aware of how quickly any moment could be your last and I think its important to immerse yourself in this experience," she said during confessionals. 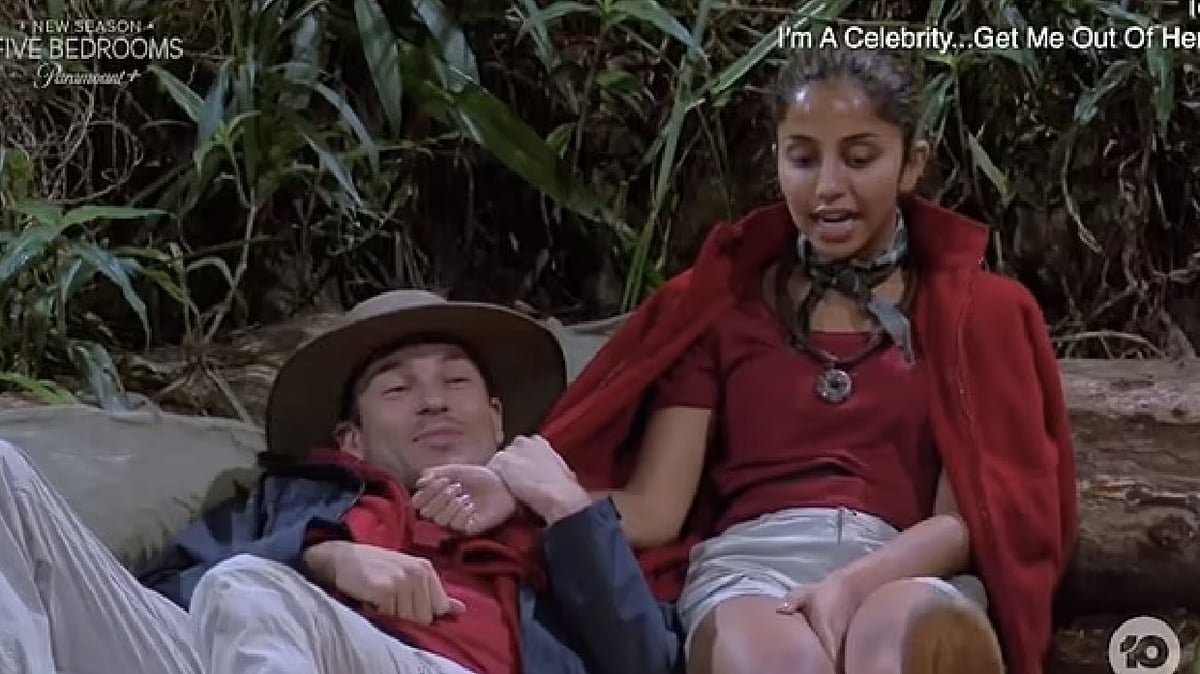 "I think you're really nice and I do like you, and I would have been sad if I had to leave," she told Joey in an embrace.

In a previous exchange, Maria told Joey she liked people who are "adventurous, creative and open," to which he responded: "I’ve pretty much got all those things haven’t I? I’m just saying. If there was like a piece of paper with all the boxes I reckon every one would be ticked."

The reality star later explained during a confessional: "It’s nice to have someone in here who I can talk to, who I can be with in a friendly way but at the same time, something is there."

During her own confessional, the Miss Universe Australia shared similar sentiments.

"I think we’ve hit it off really, really well. We’re having great conversation. It’s really lovely. He is very charming," she said.

With the show airing, Maria told the Daily Telegraph she had no idea who English star Joey was when he entered the series.

"I am not overly impressed or flustered by that side of things. It is more, are you a nice, kind, attractive person that I am vibing? Cool, let’s enjoy that. It didn't really phase me because I had no idea who he was."

Davina Rankin didn't leave the house for "three months" after watching her season of MAFS.

Davina was on the 2018 season of Married At First Sight, and in an episode of I'm A Celeb, the star broke into tears as she explained how she became the villain of the season.

The 29-year-old, who fake married Ryan Gallagher, was involved in a 'cheating' scandal with Dean Wells and told her campmate Beau that she "didn't leave the house for three months" when the debacle played out on TV screens across Australia.

She also revealed that she had not slept with or kissed Dean, but because of the way she was edited throughout the show, she received the heaviest amount of criticism. 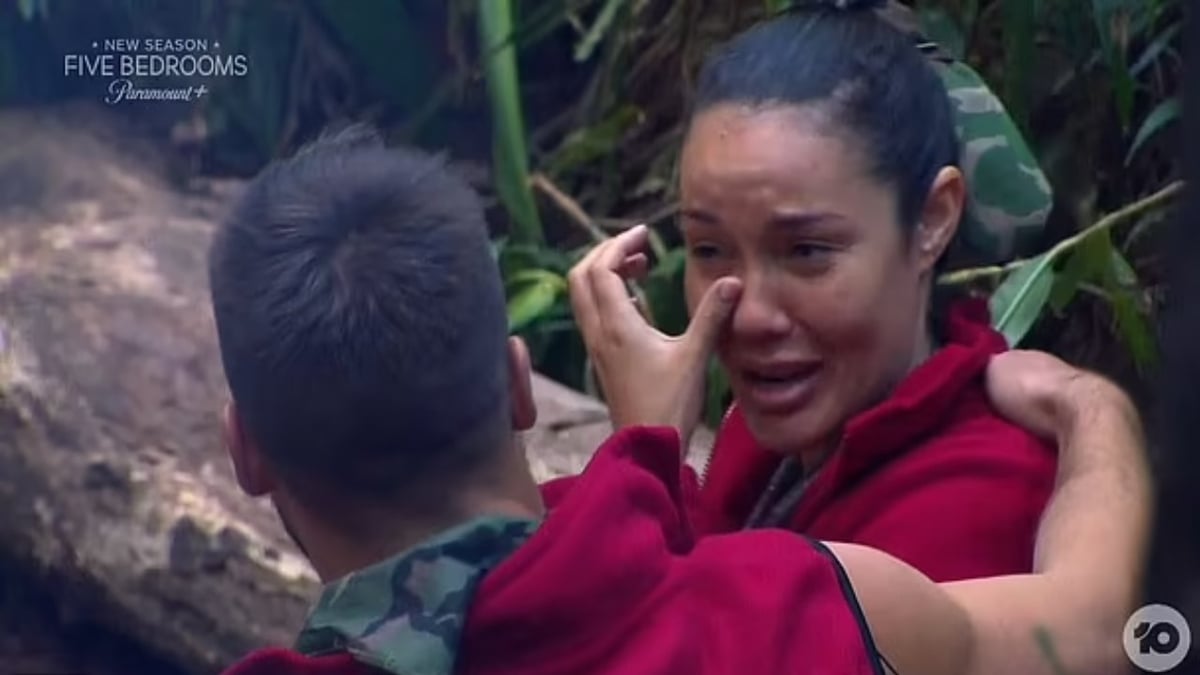 "When it all came out and MAFS was airing, I didn't leave the house for three months," she said. "I had all my friends and family at the wedding. They saw how it all went down and how he [Ryan] was, and when they watched the wedding on TV they were like, 'Wow!'"

Davina told Beau her parents were "devastated" for her after watching her portrayal on MAFS.

"There was so much stuff that went down at the wedding that made him look bad, but none of it got aired. It was just me and my b**chy bridesmaids," she said.

There is a CLEAR favourite to win. And it's probably exactly who you would expect.

If you've been watching I'm A Celeb, then you might not be surprised to know tipping bets are all for personality and radio host Dylan Lewis to take out the competition. 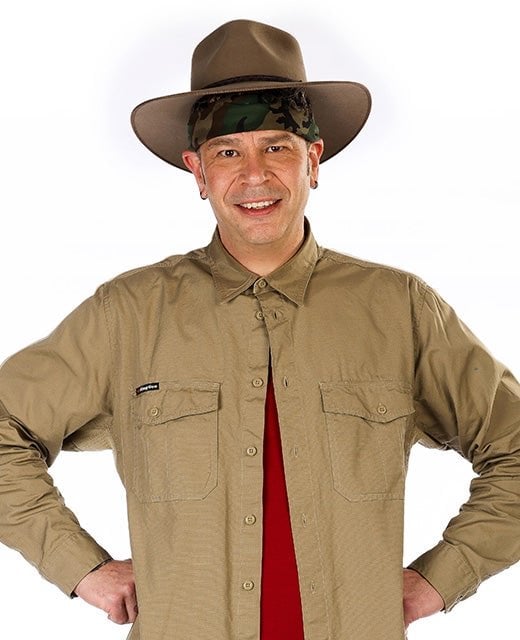 Sportsbet is currently tipping Dylan to win at $2.00. MasterChef star Poh Ling Yeow was coming in at second place, but has now dropped to fourth at $10.00.

While she is sitting a little lower on the totem pole, she is still a clear favourite in the eyes of social media.

Reply
Upvote
1 upvotes
Dylan Lewis is a remarkable warm loving soul. He was a part of our mornings for a long time as a breakfast host on Adelaide’s Nova, and he’d always make us laugh every morning without fail with his entertaining wit. Truly miss listening to him but it’s been wonderful to see him on I’m a Celebrity.. we’re rooting for you Dylan!!!
S
simple simon 4 months ago

Reply
Upvote
Interesting that when you're contracted to a network you still get an extra 200k for being in one of their reality shows.
I remember an Australian celebrity saying he didn't actually want to be in an American network's reality show; but he was contracted to them and they told him he had to.
News
General
Opinion
True Crime
Politics
Sport
Explainer
Entertainment
Celebrity
Reality TV
Movies
TV
Books
Rogue
Royal
Lifestyle
Beauty
Fashion
Weddings
Home
Wellness
Health
Fitness
Travel
Food
Parents
Before The Bump
Pregnancy
Baby
Kids
Teens
School
Parent Opinion
Work & Money
Money
Finance
Career
Lady Startup
Relationships
Sex
Dating
Separation
Friendship
Family
Real Life
Couples