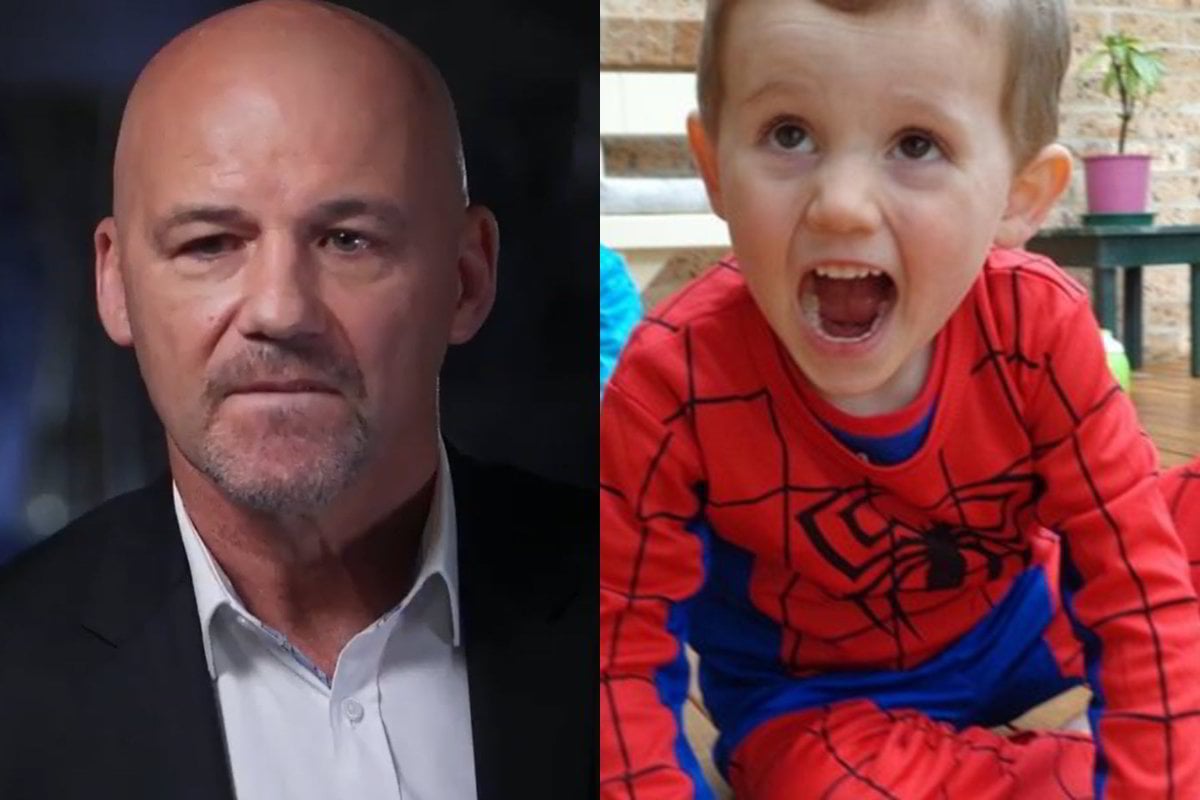 With a career spanning more than three decades, former homicide detective Gary Jubelin has put away a lot of bad people. But it's the ones he hasn't caught that still haunt him now.

In 2019, the former NSW Police detective was dumped from the investigation into William Tyrrell’s disappearance, shortly before being charged with allegedly making illegal recordings with the Tyrrell family’s elderly neighbour Paul Savage in 2017 and 2018 during his inquiries.

Earlier this year Jubelin was found guilty of these charges, convicted and fined $10,000. He has always maintained his innocence, insists the recordings were conducted lawfully and is appealing against the sentence.

Watch the preview for Gary Jubelin on 60 Minutes here. Post continues below.

On Sunday night, Jubelin sat down with Channel Nine's 60 Minutes to discuss his long career in the criminal justice system and his regrets.

After four years of investigating William Tyrrell's disappearance, Jubelin resigned from the case which remains unsolved.

Jubelin said what 'makes him tick' is more a fear of failure than the joy of success and admitted making the recordings was not worth the loss of his career.

In a shock fall from grace, Jubelin was convicted earlier this year for illegally using his mobile to record conversations with a suspect in the disappearance of toddler William Tyrrell. Jubelin was taken off the case and tragically, it remains unsolved. #60Mins pic.twitter.com/7SCk3sZjxX

"It's taken me out of an environment that I felt I was doing some good, but again line me up in the same set of circumstances and I'd probably do the same thing," he said.

"Picture that you've worked on something for four years, giving your heart and soul, you've made your sacrifices, it's cost you all sorts of things and then you're just told nope, you've got nothing to do with that anymore," Jubelin said, Nine reported.

"My only regret is that I was taken off the investigation. The pain doesn't go away."

Looking back, Jubelin can see with hindsight that with the stress of the William Tyrrell case and an ever-increasing workload, something was going to snap.

"On my quiet moments of reflections... Something needed to give, but I would have preferred me to be broken rather than be taken away."

Jubelin has spoken extensively about his involvement in Tyrrell case. In 2019, speaking with journalist Jana Wendt at the Sydney Crime Writers Festival, the father-of-two said he considered his inability to solve it a "personal failure".

“But that is the weight that you bear," The Australian reported him saying. "I will carry that until the day I die, if we don’t find out what happened to William Tyrrell."

He felt he’d let down both William’s biological parents and his foster parents, whose care he was in when he went missing about 10.15am on September 12, 2014, and worried that in his absence, the case would lose momentum.

Despite being removed from the case, Jubelin said he did have thoughts, "not just gut instinct", on who was responsible for William's disappearance five years ago, but he cannot be "100 per cent certain".

"It's a question I'm asked a lot," he said, according to the Daily Telegraph.

"I have thoughts, ideas about what may have happened, but I want to stress that there is a process with the coroner and an ongoing inquest which I respect totally and support."

He told the crowd at the event the recordings he made, and has been found guilty of, were of conversations with an elderly neighbour who lived on the same street in Kendall on NSW's mid north coast as William's foster grandmother, where he vanished from in 2014.

"Those charges relate specifically to me carrying out my duties. It was within the scope of what I was tasked to do, investigating the William Tyrrell matter," he said. "I had a lawful reason to record those conversations, and an operational need.

"It has impacted on me greatly. Obviously I’ve left the police. I am in the police to support victims and lock up bad guys. And I wasn’t able to do that."

Outside court in July, Jubelin said the case against him was an "incredible waste of time" and he was sad to have left the NSW Police after the allegations surfaced, making his position "untenable".

But for more than four years, Jubelin led a team which gathered more than 4000 pieces of evidence, received more than 15,000 pieces of information and conducted hundreds of interviews in an effort to answer the question that has weighed heavily on him: What happened to William Tyrrell?

It's not the only heavy question that he has been trusted to answer in his long career.

In 2012, his life was played out through actor Matt Nable, as a protagonist in Underbelly: Badness, which covered a number of real crimes that occurred in Sydney between 2001 and 2012. Under the direction of Anthony Perish, a convicted kidnapper, murderer and drug-dealer, a flurry of criminal activity took place in Lindfield, New South Wales, and it was only due to the perseverance and commitment of Jubelin, that Perish was ever caught and prosecuted.

He has also been instrumental in investigating the Bowraville murders, an unsolved case where three Indigenous children disappeared from the same street between 1990 and 1991.

Justifiably, members of the Bowraville community have an intense distrust of police, but Jubelin managed to earn the respect of the aggrieved families.

He told 60 Minutes the inability to solve the cases still weighed on him, and the reaction to the crimes from within law enforcement and the public opened his eyes to injustice and prejudice against marginalised communities.

Read more: Three dead. No convictions: The baffling case of the Bowraville murders.

In 2014, he said of the case which he had been working on for more than eight years, "I am still shocked by the lack of interest that has been shown in this matter".

On 60 Minutes he vowed the continue to support the Bowraville community on its pursuit of justice, even now he was outside the police.

Reply
Upvote
1 upvotes
I believe his resignation is a terrible loss to the community. He deserved better treatment and I hope he wins his appeal.
S
suz 2 years ago