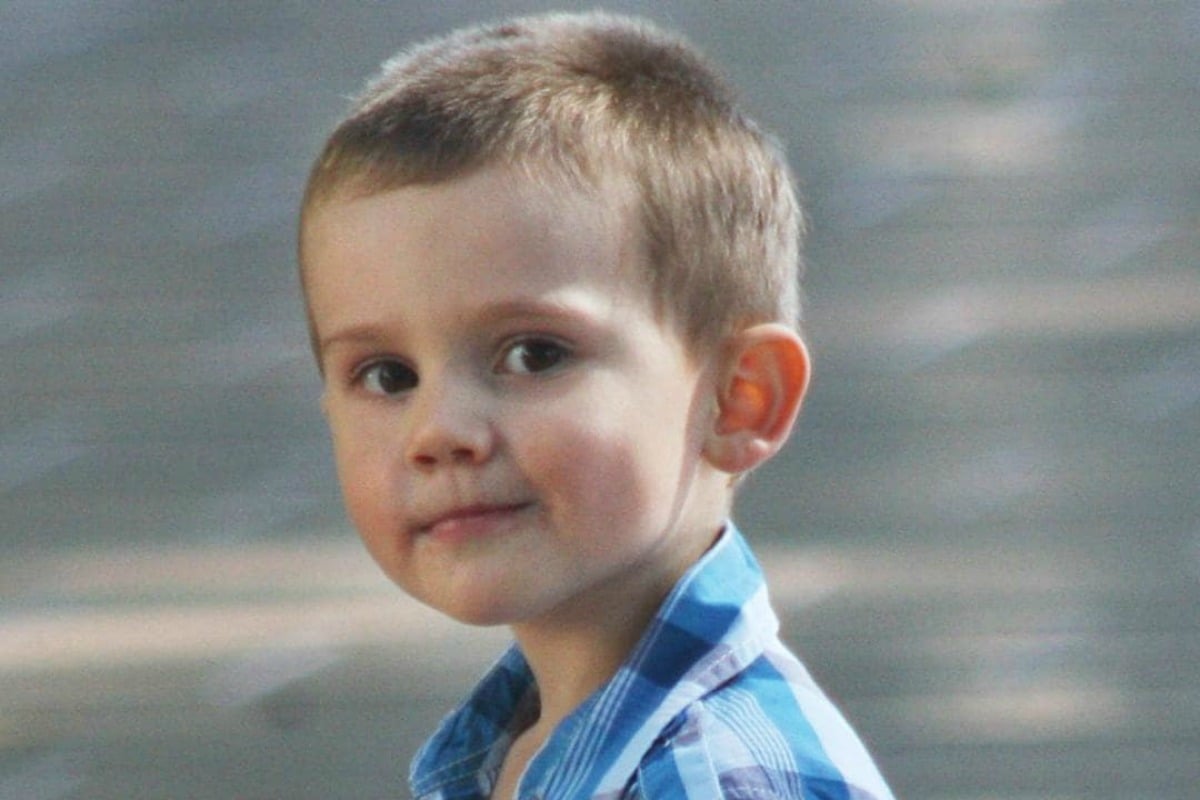 “I am just trying to find this red.

“I think, in all this green, I’ve got to see red somewhere.

It was a Thursday morning, around 10:30am when the cries, “William, William,” began echoing through Benaroon Drive, a quiet street in Kendall.

Situated on the mid north coast of New South Wales, about a four hour drive from Sydney city, the small town of Kendall is surrounded by thick bushland. As you enter, there are three sculptures of gum leaves known as the ‘Leaves of Kendall’.

It was the greenery that William Tyrrell’s foster mother says still haunts her years later.

So much green. And all she wanted was a hint of red.

“It had become quiet. Too quiet.” The morning William Tyrrell disappeared.

That morning, September 11, 2014, three-and-a-half-year-old William and his sister had awoken early at their foster grandmother’s home. They were, according to testimony during the inquest into William’s disappearance, “excited to see Nanna”.

William was dressed in his favourite Spider-Man suit, a gift purchased for the toddler in Bali.

His foster mother quickly made a cup of tea, before finding William on the deck, insisting he was a “daddy tiger”. She took the last photograph of William. It was 9:37am.

He ducked and ran and rushed out from corners, immersed in a world of his own.

William's foster mother then sat down for a cup of tea with her own mother where, according to the counsel assisting the inquest, Gerard Craddock, SC, the two spoke about how "boisterous and loud" William was, before his foster mother remarked, "he's a boy... that's just how they are."

"It had become quiet," his foster mother described. "Too quiet."

According to Craddock, she raced into the yard, searching through ferns and trees, desperately wanting to see a flash of red.

In court, his foster mother cried as she said, "he wouldn't do it".

"I raced around the house, opened every single cupboard, every wardrobe."

But the little boy dressed as Spider-Man had vanished.


"Who's that car mummy?" The two cars parked out the front.

It was six days after the disappearance of William that his foster mother says she had a "flash".

"The brain is a really weird thing. It will recollect things when you least expect it," she told the NSW inquest on Monday.

"With William missing it went right out of my mind..."

She says she vividly remembers waking up on the morning that William went missing, and seeing two cars parked opposite the house.

It was "odd" because the houses on the street all had long driveways, so, as she reasoned during the NSW inquest, "if you were visiting someone you'd drive up to the house, not walk from the street".

"Who's the car mummy?" she remembers her foster daughter asking, as she rode her bike in the front yard.

The cars were white and grey, and described as "old" and "dirty".

On that same morning, William's foster mother also recalls seeing a large "thick-necked" man with short red hair and a pale, weathered face on her street. They made eye contact.

"You know when you look at someone and there’s that second challenge, ‘why are you watching me, I am watching you’," she told the NSW inquest.

"It was fleeting," she said, but something about that man's face stuck with her.

"It was high-pitched." Did William Tyrrell's foster mother hear him scream?

On Tuesday, the NSW inquest was told of the moment William's foster mother thought she heard a scream in the hours after he went missing.

"When a child hurts themselves unexpectedly, there's a scream, and it felt like a scream — it was quick and it was high pitched and it was sharp, which is why I went into these reeds," she said.

"I got into the bush and I thought I can't see any red — I thought maybe I imagined it, maybe it was a bird and I just walked back."

A washing machine repairman was publicly reported as a prime suspect after police learned he had visited the Kendall home in the lead up to William's disappearance.

According to Fairfax Media in 2015, the repairman allegedly provided a quote, and was due to return to the home that day.

He was subjected to DNA tests, and forensic specialists as well as sniffer dogs examined the grounds of property. A septic tank was drained, and an excavator searched the yard.

Mamamia has chosen not to name the man, because he has always maintained his innocence, and no charges were ever laid in relation to William Tyrrell.

The investigation, police have said, was just one line of inquiry.

In February 2016, A Current Affair reported that there were 20 registered sex offenders in close proximity to William when he went missing,

News Corp named one person of interest in 2018, a convicted paedophile who was released months before William's disappearance. He lived a 20 minute drive from where William was allegedly abducted.

The man was a member of a group called Grandparents As Parents Again (GAPA), which was investigated by police after it was found that two of its members had prior convictions for crimes against children.

Members and their families were interviewed but were never considered official suspects.

"The strongest likelihood" police have already met the kidnapper.

"We are committed to finding out what happened to William." The 2018 search effort.

In the immediate aftermath of William's disappearance, hundreds of police, members of the Rural Fire Service and State Emergency Services, as well as volunteers, searched tirelessly for the three-year-old boy.

Motorcycles and helicopters swarmed, as police divers searched local dams. Every home in the surrounding area was checked multiple times - but not only was there no William, there was no trace of him at all.

In mid 2018, almost four years since William disappeared, a large-scale four-week search was conducted, focusing on the bushland surrounding his foster grandmother's home.

The purpose of the search was to determine if it was possible that William died as a result of misadventure.

Experts from the Public Order and Riot Squad, as well as cadaver dogs and police divers, combed through Kendall, with Detective Inspector Jubelin commenting, "There is a person out there who knows why we are searching this area and will no doubt be feeling pressure from the intensity of the investigation."

"My immediate thought was somebody has taken him and he’s gone," William's foster mother told a coroner this week.

They purpose of the Sydney inquest is to determine whether William is still alive.

This week, deputy state coroner Harriet Grahame will hear the testimonies of William's biological and foster parents, while the second tranche of hearings, which will take place in early August, will focus on individuals deemed worthy of suspicion.

Witnesses may be forced to disclose their whereabouts at the time of William's disappearance.

Craddock believes the inquest will show that "William's disappearance was the direct result of human intervention".

"If the evidence establishes William was abducted, that conclusion is chilling because it means a person snatched a three-year-old from the safety of a quiet village backyard," he said during his opening address.

He also said that at this stage, investigators cannot rule out that a relative or associate was involved in William's disappearance.

If William is alive now, he's an eight-year-old boy.

His days as a missing person have now outnumbered the days he lived as just William - the toddler who loved Spider-Man.

The inquest - we can only hope - is one step closer to answering the question: What happened to William Tyrrell?

Surely someone knows what happened to the boy, I don't think anyone believes he simply "disappeared".

I believe (like in Daniels Morcombs case) that the Police know who took this boy!!! They probably need to await more evidence before they can make an arrest.

I was thinking the same thing. From memory they starting their whole sting with his killer by planting someone to sit next to him on the plane on the way home from Daniel’s coronial inquest.