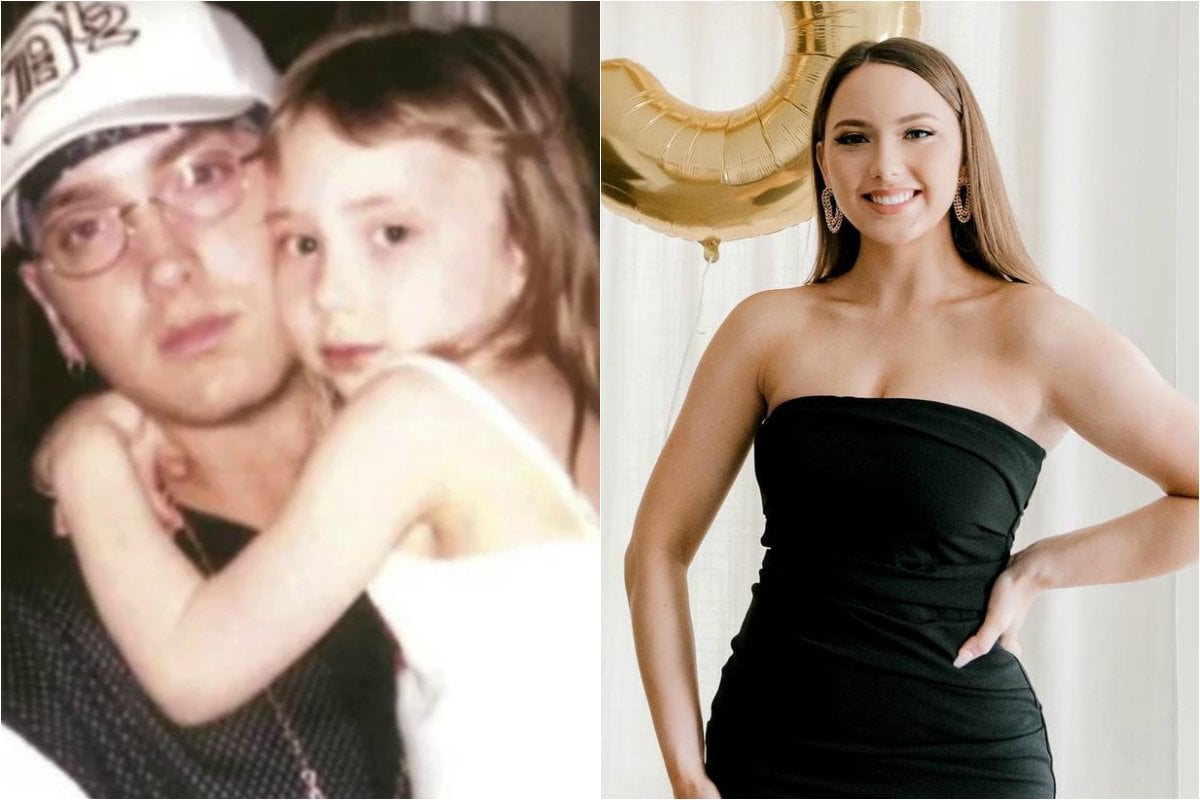 If you say you’ve never listened to Eminem’s old albums and wondered how his daughter Hailie is going, you’re lying.

Hailie Scott is the daughter Eminem often referred to in his songs, including Hailie’s Song and Mockingbird.

"Even though this isn’t the 'golden' birthday I originally would’ve planned, I know I will still make 25 my year regardless," she shared with her two million followers.

Hailie has the most public persona of Eminem’s daughters, and is also the rapper's only biological daughter.

“My mother and father because they have pushed me to be the person I am and have given me all the support to achieve what I have,” she said, as reported by E! News.

Hailie also graduated from Michigan State University in 2018 with a degree in psychology. It’s also the place she met her long-term boyfriend, Evan McClintock.

Earlier this year, Eminem told Mike Tyson on the podcast, Hotboxin’ that Hailie has "made me proud for sure".

"No babies, she has a boyfriend, but she’s doing good," he said.

Since graduating college, it seems the millennial has turned her aspirations to being an Instagram influencer, as she regularly shares her outfits to the social media platform.

"Attempting to curate a feed that accurately represents my life and is somehow still aesthetically pleasing," Hailie's Instagram bio reads.

They split two years later, in 2001. The pair briefly reconciled in 2006, before separating permanently.

Whitney was born in 2002 to Kim and her tattoo artist ex-partner Eric Hartter, but Eminem has full custody of the teenager due to her biological father's drug and legal issues.

Born under the name Amanda in 1993 to Kim’s twin sister Dawn Scott – who died of a drug overdose in 2016 – Alaina Marie was legally adopted by Eminem in the 2000s. Her name was legally changed during the adoption process.

Whilst Hailie Scott has a very public persona, her two sisters lead a more private life.