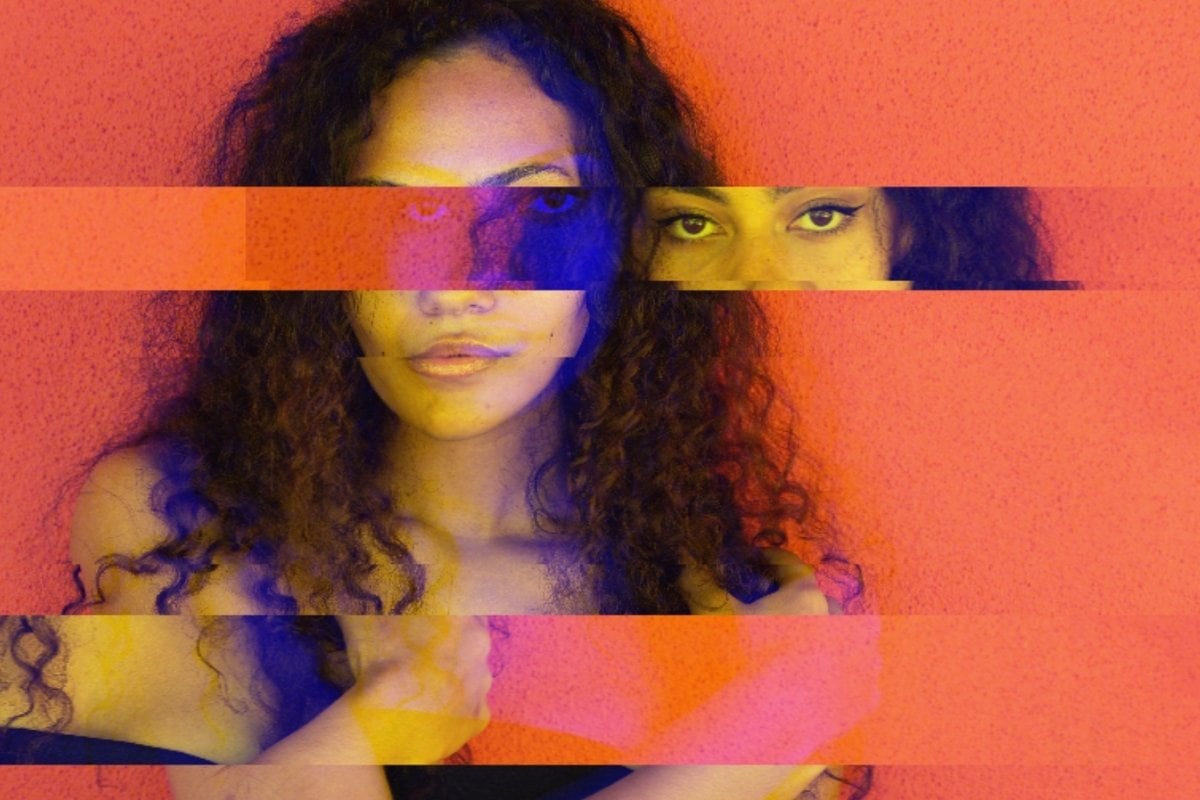 The fact that many Australians recognise the names of people like Hannah Clarke and Rosie Batty and little Kobi Shepherdson, the fact that strangers march in the streets calling for justice on their behalf, is a reflection of the increasing consciousness of domestic and family violence in this country.

But for all the hard-fought gains in putting this issue on the national agenda, a stunning lack of attention has been dedicated to one of the most critically impacted groups: Aboriginal and Torres Strait Islander women.

Have you heard of Tamica Mullaley and her son, Charlie, for example? What about Jody Gore?

But, no. Their names are barely spoken, their stories little told. There are no nationwide vigils or street-filling marches.

Dr Hannah McGlade, a Nyungar woman, Associate Professor at the Curtin School of Law and expert member of the United Nations Permanent Forum on Indigenous Issues, is advocating for an end to that silence via a movement she calls 'say her name'.

She argues the "wall of silence" the media and the justice system has built around Aboriginal and Torres Strait Islander victims condones the violence inflicted against them.

"It says they don't matter, that they can die like this," she told Mamamia. "We need people to care about Aboriginal women's lives just as they do the lives of non-Indigenous women who are being murdered in this country at such a shocking rate."

What thrives in the silence.

According to a 2018 report by the Australian Institute of Health and Welfare, family violence occurs at higher rates among Australia's Indigenous population.

The AIHW found that, from 2016 to 2017, Indigenous females aged 15 and over were 34 times more likely to be hospitalised for family violence than non-Indigenous females. And the rate of intimate partner homicide was twice as high.

As with all family violence, it's the result of a complicated interplay of social, structural and individual factors, driven largely by gender inequality.

But as Dr McGlade notes, for Aboriginal and Torres Strait Islander women, family violence is not just gendered, it's racialised.

Their communities are grappling with the fallout of centuries of racist government policies and systems, including displacement from their traditional lands and the removal of children from their families during the Stolen Generations.

"That upheaval and that trauma and abuse has contributed to something akin to a normalization of violence against Aboriginal women, by white and Black perpetrators," Dr McGlade said. "And we have a legal system today which we know shows systemic discrimination against Aboriginal women. So we're not seeing strong legal responses. And we're also not seeing the proper investment into prevention that we need to have."

Tonight, a panel discussion to air on SBS and NITV will delve into the issue. It's called We Say No More.

Among the all-Indigenous, all-women panel is CEO of the Mudgin-gal Aboriginal Womens Centre, Ashlee Donohue, who explains:

It began at a friend's birthday. Tamica, a Yamatji woman who'd recently returned home to Broome from a trip to Perth, confronted her partner, Mervyn Bell, about rumours he'd cheated on her while she was away. Tensions escalated, and she left.

As she walked away, Marvyn approached Tamica from behind and launched a frenzied attack. He punched her, kicked her and stripped her clothes from her body. A woman in a nearby house heard the commotion and shouted at him to leave.

When two police officers arrived, Tamica was sheltering in the woman's carport, wrapped in a sheet to cover her naked body, bloodied, crying and calling out for her father. Embarrassed, she told the officers to stay away.

But rather than treat her like a victim, seek the urgent medical attention she needed, they pressed her as a witness for her account of the events. Agitated, cornered, she swore, spat toward them, and attempted to flee.

As a result, Tamica was the one taken into custody that night. Fortunately, officers ultimately took her to a hospital where she was treated for life-threatening injuries including internal bleeding. But in the meantime, Mervyn had fled with Tamica's infant son, Charlie.

Tamica's father pleaded with police to help find his grandson, but inquiries weren't made into his whereabouts until 10am the following morning.

By lunchtime that day, Charlie was dead.

Over the course of 15 hours, Mervyn had tortured and sexually assaulted the little boy, before walking into a roadhouse almost 1000km south of Broome, placing Charlie's limp, bruised and scorched body on a table and hollering for an ambulance.

Staring down the barrel of more than 30 years behind bars, murderer Mervyn Bell took his own life in Casuarina Prison in 2016.

When victims are cast as offenders.

Throughout her more than three-decade career, Dr McGlade has advocated for Tamica and several other Aboriginal survivors who've encountered discrimination when dealing with the justice system.

Jody Gore is another.

Jody was jailed for 12 years for killing her partner in Kununurra in 2015, despite the court hearing evidence she was acting in self-defence following years of domestic abuse. In jailing her, the judge said a "deterrent" sentence was needed because there is "far too much drunken violence in the Kimberley".

Jody was ultimately released after serving four years courtesy of a rare intervention by the Western Australian Government. Commenting on the decision at the time, the state's attorney-general, John Quigley, said, "The Government has decided that now is the time for mercy".

For many other Indigenous women, there's been none.

Ms Dhu, a Yamatji woman from Western Australia died in custody in August 2014, after police and a doctor dismissed her complaints of severe pain. 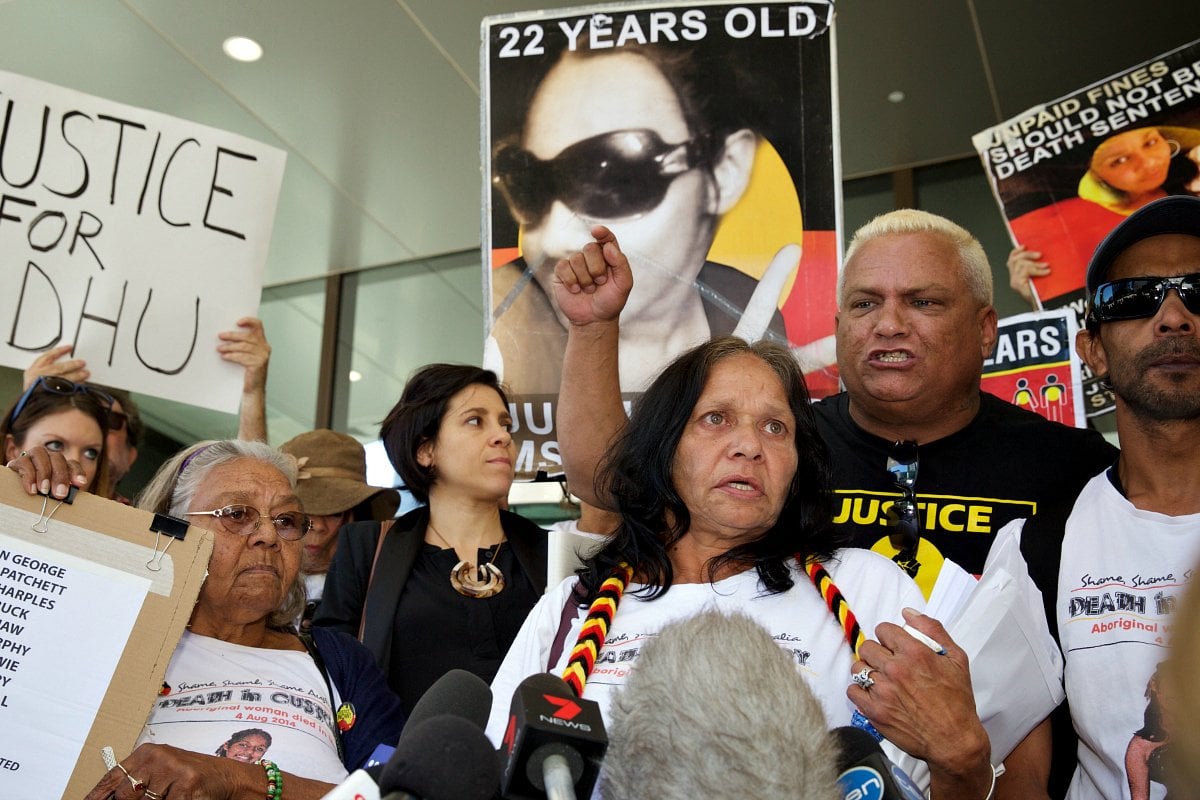 Ms Dhu, who had been detained for unpaid fines, died of an infection and pneumonia caused by a rib that had allegedly been broken in a prior domestic violence incident.

A 2016 coronial inquest heard that a police officer at South Hedland lockup thought Ms Dhu was "faking it", when she complained of feeling unwell.

"In her final hours she was unable to have the comfort of the presence of her loved ones, and was in the care of a number of police officers who disregarded her welfare and her right to humane and dignified treatment," the coroner concluded.

A doctor who cleared her for custody was later found guilty of misconduct by the State Administrative Tribunal.

"What these cases highlight is actually quite overt, serious racism towards Aboriginal women by non-Aboriginal society, particularly the justice system and the media," Dr McGlade told Mamamia. "We're seeing that, notwithstanding significant evidence of the violence that they experienced and the responsibility of the perpetrators, those women were all instead cast as offenders rather than victims, and treated in that way."

The perception of this contributed to Tamica's reluctance to engage with police that night in 2013.

Indeed, a 2016 probe by the Corruption and Crime Commission found several flaws in the police handling of the case, including the hours it took for officers to begin actively searching for Charlie. Yet, it found that the officers had not committed serious misconduct.

As long as the discrimination continues, as long as the wall of silence stands, it's hard to see how rates of Indigenous women subjected to family violence will ease.

As We Say No More panellist Ashlee Donohue says, “The issue is is that all these things around domestic violence are looked at through a white lens, and unfortunately that lens doesn’t see Aboriginal and Torres Strait Islander women. And so we’re not seen in the main[stream] media, we’re not at the table where all the decision-making is happening."

"It's so important that the Australian Governments treat Aboriginal women as equal partners and agents of change, respect our human rights to self-determination, and hear our voices. Listen to our knowledge and respective advice when it comes to addressing this widespread systemic violence that Indigenous women are experiencing," she said. "We want to see increased early intervention and prevention. And we need our own culturally appropriate models and programs."

The benefits of community-led solutions are proven.

The regional NSW town of Bourke is an example. There, in 2015, a council of 21 tribal groups established the Maranguka Justice Reinvestment Project to address the high levels of social disadvantage and rising crime in the area. The project involved 'circuit breaker' programs to improve education, housing, mental health resources, drug and alcohol services and so on.

It's clear, Dr McGlade said, what needs to be done to curb violence and the role Aboriginal and Torres Strait Islander women and communities can play in making it happen. If only those in power would listen.

"We don't want to keep seeing this kind of racism to Aboriginal women," she said. "We're the First Nations women of this country, and our children deserve a better future."

If you are experiencing domestic or family violence, support is available. Call 1800 RESPECT on 1800 737 732 or visit the website to speak to a trained counsellor.

May is Domestic and Family Violence Prevention Month and, at Mamamia, we're sharing women's stories of bravery and courage. If you have the means, please consider donating to RizeUp to help women and families move on after the devastation of domestic violence.

Reply
Upvote
Tamica Mullaley - is a name every Australian secondary school student should know. She is a survivor of systemic racism and abuse by the perpetrator who killed her son in the most horrific story that I have ever heard of. Not good enough Australia. We must do better. If readers care about this example become a police officer and help the women who need to be heard and seen.
R
rach577 a year ago