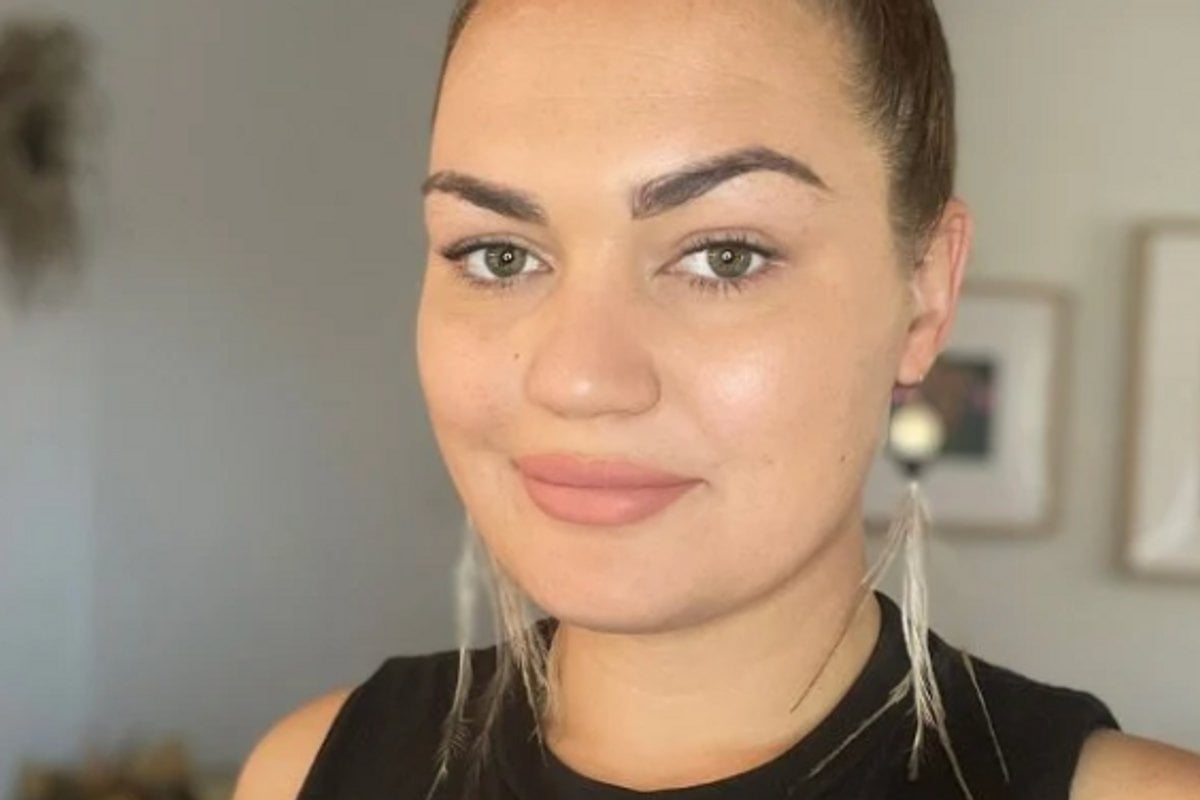 My name is Natasha and I am a Gamilaroi and Kooma woman. I am a wife and I have two daughters, born and raised on beautiful Darkinjung country.

I am also the fourth generation of being a victim of domestic violence.

Unfortunately, this is almost synonymous with being an Aboriginal woman. The odds are stacked against us: we are 45 times more likely to be victims of DV. It's almost expected.

When you have traumatised women living on the fringes of poverty it is not likely to end well. We are 37 times more likely to be hospitalised with injuries associated with domestic violence. Aboriginal children are 10 times more likely to be removed from their parents compared to non-Indigenous Australians, with over 90 per cent of Aboriginal children being removed because of domestic violence and associated neglect.

Watch: The Stolen Generations: Why I Can't 'Get Over It'. Post continues below.

Yet I still consider myself lucky; because I have lighter skin I've been able to walk in both worlds.

But it's never stopped me from being a statistic.

I am two times more likely to smoke cigarettes as an Aboriginal woman and yes, I do.

Who could blame me with the outlook on life, living with this information?

More than half of Aboriginal women are overweight and more likely to be single. There just needs to be a statistic on the ratio of Aboriginal and non-Aboriginal cat ownership and I could be the stereotypical woman’s nightmare.

Researching feminism in the context of Aboriginal women, I watched a video of educator and activist Margaret Valadian (No Sisterhood: Aboriginal Feminism '75 - YouTube) speaking in 1975 about why feminism is a foreign concept and in 2021 I do not think things are much different.

We still have Aboriginal women dying in custody, like Ms Dhu, who had been locked up in custody for three days over unpaid fines of $3,622 when she died in 2014.

If the reality of this isn’t enough for you to know something needs to change than I am unsure of what will.

Listen to Mamamia's No Filter podcast, guest-hosted by Narelda Jacobs. Post continues below.

I am not sure if the fact women cannot play the Didgeridoo (Yidaki) is why non-Aboriginal people get the impression that Aboriginal women are oppressed within our culture but contrary to this belief Aboriginal culture is matriarchal.

“You always follow the matriarchal line” - this is what you follow when you trace where you are from.

Women hold knowledge that needs to be earned. Knowledge that is engrained in this earth, and in the contemporary sense we bear the brunt of generational trauma. The women I admire are the ones that continue to suffer the disadvantages of being an Aboriginal woman, waking up every day doing what they need to do to survive. I see my mum, my nan and my sister, Tina as my very own Bader-Ginsberg, Clinton and Steinem.

So, when thinking of International Women’s Day, I think of the strength and resilience Aboriginal women have where survival is our super-power, and we are not going anywhere.