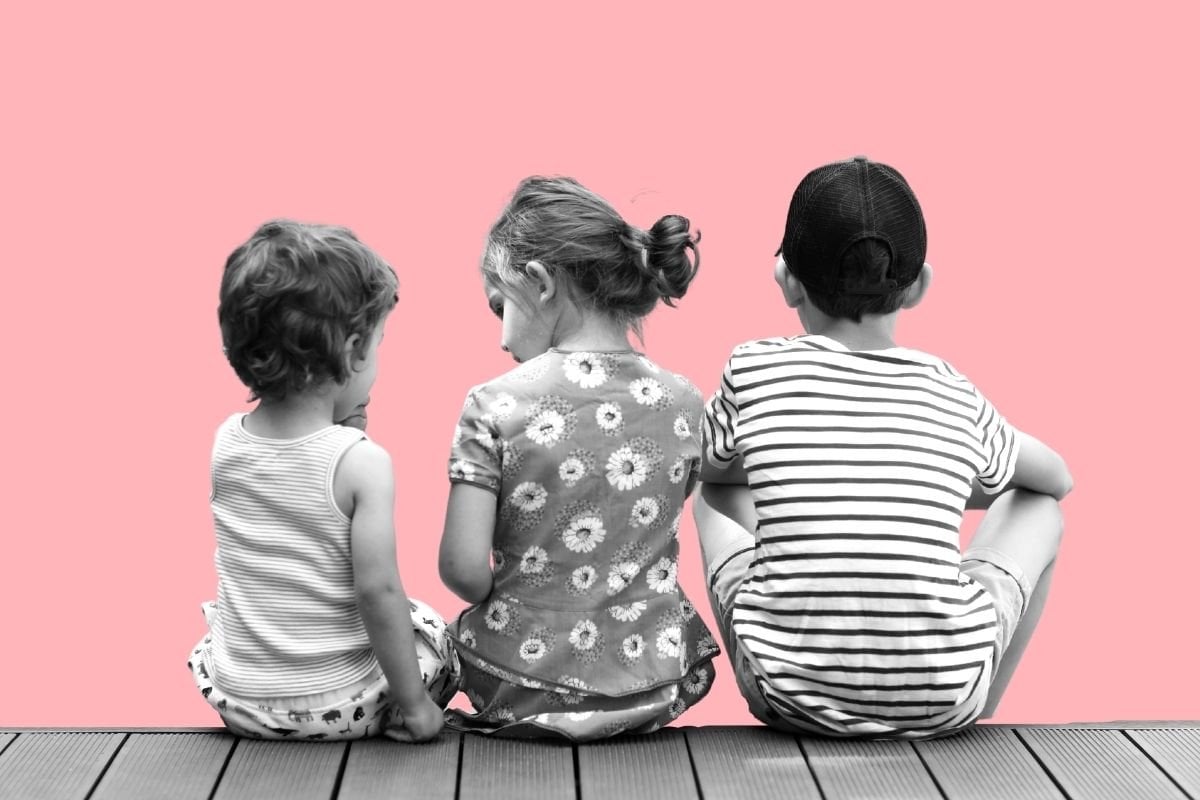 When the pandemic first hit Australia in 2020, parents were told over and over again that COVID-19 wasn't really impacting children.

In 2021, the Delta variant seems to have changed that, with evidence from the most recent outbreaks showing that younger people are getting sicker from this strain.

Of course, this is unsettling news for parents. Particularly given the majority of children are ineligible for the current vaccines being rolled out in Australia.

Here's every question you have, answered by the experts.

Are we seeing a shift in the way COVID-19 is impacting children?

"When COVID first became a pandemic, we knew pretty early on that children were not getting infected in the same way that they usually do with other respiratory viruses. They're usually the dominant population of infections when you've got a flu season going on, for example," she told Mamamia's news podcast The Quicky.

Listen to the full episode below. Post continues after podcast.

"We also knew that they didn't seem to be getting as sick as older adults with COVID and they were much less likely to transmit it to other people."

As Associate Professor Bowen explained, they were the three certainties we had through most of 2020. But then, the Delta variant arrived.

"Here in Australia we've seen more children included in the numbers [linked to this new strain]. In NSW, data in the last month or so shows about a quarter of all the cases have been in children under the age of 18, equally split between those under 10 and those over 10. Those are higher numbers that we've seen at any point in Australia or even really, globally in 2020. [But] it's about the proportion of the population, so they're not overrepresented, but they are also not under- represented anymore," she said.

In recent weeks, a 27-year-old man and a 38-year-old woman succumbed to the virus in NSW. A teenager, three people in their 20s, and four people in their 30s are among the Delta patients currently in the state's intensive care units.

So it is affecting younger people, particularly younger adults. There's no doubt about that.

"It may be inevitable that more young people die as this outbreak is set to get worse, but hopefully it's a very, very, very low number," he added.

As for young children however, as Associate Professor Bowen confirms, "what we have seen in Australia with the Delta variant is, whilst children are getting infected, they are still having that very mild illness and are not requiring hospitalisation or the intensive care unit in the way older people are in Australia."

How are children being affected by Delta globally?

Similarly, we are seeing in the US and the UK that the Delta variant is having a higher infection rate in children than past variants, but it doesn't seem to have dramatically changed the risk profile.

In America, more than four million children have been diagnosed with COVID-19. But Dr. Jennifer Lighter, a pediatric infectious disease specialist at NYU Langone Health has told NBC, "[Delta] doesn't appear to be more dangerous to children than other variants."

Tennessee Health Commissioner Dr. Lisa Piercey confirmed a similar finding from the statistics in her area, reiterating over the weekend that the Delta variant does not make kids sicker but it is more contagious than previous strains, as reported by  WVLT News.

Over in the UK, there has been an increase in hospital admissions in young people with Delta.

As Professor Fiona Russell, the Director of Child and Adolescent Health at the University of Melbourne told The Guardian, that rise may be partially attributable to how transmissible Delta is, rather than an increase in virulence.

You may have seen some worrying headlines around about the Delta variant and children, and Associate Professor Bowen says "we have seen much more media reports rather than scientific studies that suggest that there are children... getting more sick. So we definitely need to be paying attention to that."

Should we be vaccinating younger children?

We know that Australians under the age of 40 are the 'super spreaders' of the current Delta outbreak and yet they are not yet being prioritised for the vaccine, despite some experts suggesting it as a way to curb the current increase in case numbers.

As Associate Professor Bowen explains, "the vaccine has been prioritised for those who are most medically at risk from COVID. We now need to be thinking about how we are going to control the outbreaks here in Australia and what populations need to be targeted in order to do that here in Australia."

But while those in their 20s and 30s are next in line for the vaccine, children are currently not a part of the wider Australian rollout.

Watch: How to talk to anti-vaxxers. Post continues after video.

From Monday August 9, children aged between 12 to 15 years old with either specific medical conditions, who identify as Aboriginal and Torres Strait Islander or live in a remote community will be able to receive a Pfizer-BioNTech COVID-19 vaccine.

Pfizer's vaccine has already been approved for use in all children over 12 in many countries like the United States, Canada, and parts of Europe, but Australia's medicines regulator has not completed all its checks and balances yet.

The reason it's not yet approved for even younger children, is because there are limited clinical trial results showing that the vaccines are effective and safe for younger age groups. But as the New York Times reports, Pfizer and Moderna are testing their vaccines in children under 12 years, and are expected to have results for children aged 5 through 11 by September 2021.

As Associate Professor Bowen told The Quicky, "the Pfizer vaccine that's been approved for children 12 years and above is still being studied in younger age groups overseas and I think we're waiting for that information to know how to implement it and how to safely roll out a vaccination program for children when the time comes in Australia."

So what do we do to protect children in the meantime?

We, the adult population, need to get vaccinated.

Herd immunity occurs when a large portion of a community becomes immune to a disease, making the spread of disease from person to person unlikely.

Read: Exactly how to get vaccinated for COVID-19 in Australia.

Reply
Upvote
Thank you for this article! What is the advice for infants especially those under 12 months?
D
daijobou 9 months ago

Reply
Upvote
Thankyou for writing an article which actually remembers to include  our smallest Australians in the discussion. Are teachers of all aged being prioritized for vaccines?
A
alessandra.z87 9 months ago

Reply
Upvote
@daijobou - not at all - myself and many colleagues have been turned away from vaccine providers because "teachers are not a priority group". Most 40+ colleagues have been vaccinated now just because of their age, whilst those of us under 40 have had to scrabble and fight, even in hotspots. I was finally able to get AZ when it was released to all persons 18+. There is still no recognition of teachers as a distinct category of worker, despite schools always being a petri dish of whatever is going around. It's something we will remember next election!
C
cat 9 months ago

Reply
Upvote
@daijobou only core emergency services have vaccine priority, and those who deal with the highest risk groups (e.g. aged care, healthworkers). I don't think they want to open the floodgates of drawing lines between professions, the unions will immediately turn it into a feeding frenzy.
D
daijobou 9 months ago