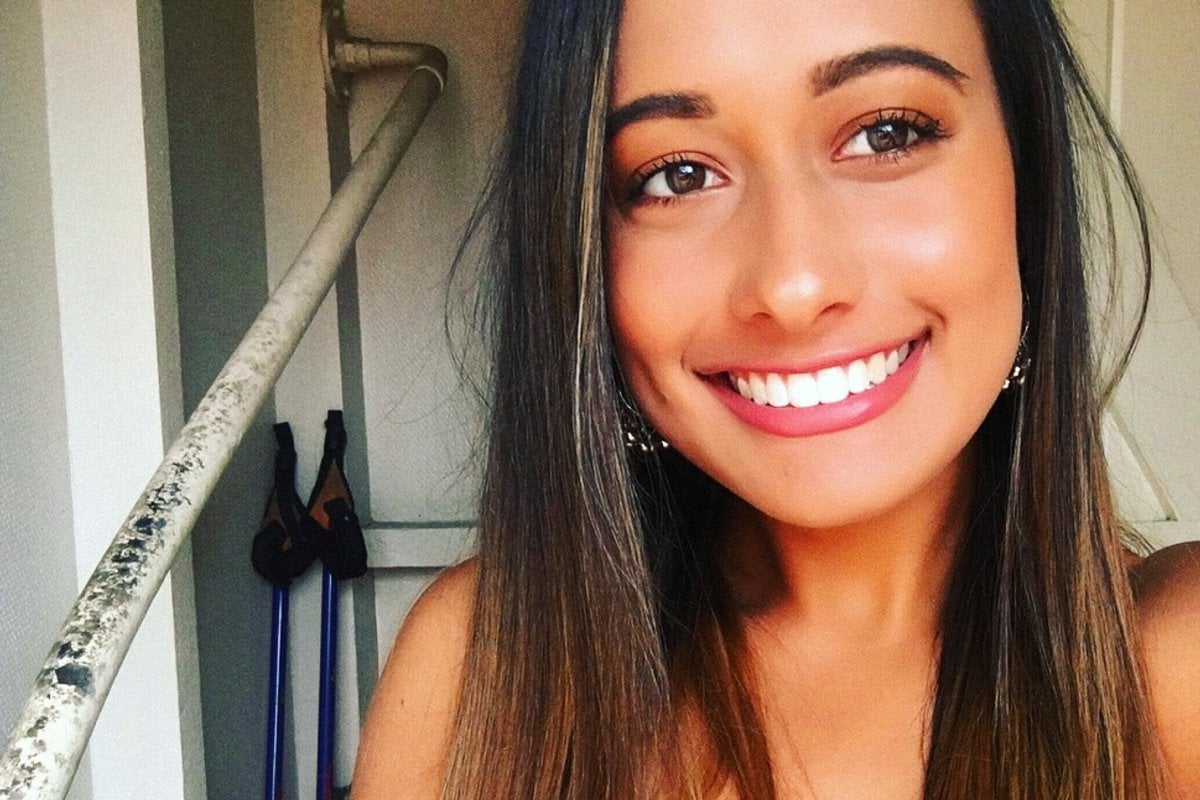 Dating apps can often feel like an overwhelming and daunting place to be.

From endless swiping to deciding who to match with based on a few images and a usually quite short bio, to matching someone and wondering if a witty joke will break the ice.

The ‘new normal’ of dating online can be a struggle at the best of times.

For me, there’s another unwelcome added element - every time a guy brings up my race immediately or calls me “exotic” it makes me feel uneasy.

For years I could never quite understand why it made me feel so damn uncomfortable.

I have been on the apps like Tinder and Bumble on and off for several years.

While I have mostly had a pleasant experience, there have also been numerous discomfiting and unintentional racist microaggressions made towards my appearance, and quite frankly, I’m over it.

If you’re wondering what a microaggression is, it is defined as the subtle and often unintentional interactions that communicate some sort of bias to marginalised people.

All of us have bias filters based on our experiences, upbringing and the narratives we create through social media.

I am Australian, I was born and raised here. I am, however, of mixed race, with a Fijian mother and an Austrian father.

My features are an equal blend of both, so I can understand why it is difficult for people to figure out my ethnic roots.

While my mixed heritage is an interesting feature I have grown to love about myself, it is by no means my defining one.

Sharing my cultural background with people is something I enjoy when I deem it something I want to share.

It usually opens up an interesting conversation, and it often leaves me feeling closer to the people I share my personal experiences, anecdotes and family background with.

Next time you probe someone about their race, ask yourself, “Why do I want to know?”

Asking someone about their race presupposes that being a person of colour is not consistent with what, in my case, an “Australian” looks like.

Australia is home to people of many different ethnicities, there is no one way to look. Being conscious of how you stigmatise, label and make others feel is crucial to breaking the microaggressions towards people of colour.

The term microaggressions is something I had never heard of until I read the feminist piece “Women Don’t Owe You Pretty” written by British social activist, Florence Given.

I had been dealing with this issue for years and I finally had a term that rang true to what I had been experiencing, especially on the dating apps.

Some comments are nicer than others, and what I mean by “nice” is, they are often trying to give me a compliment based on the darker complexion of my skin.

One guy began a conversation with: “Do you have a bit of different nationality in you, or just a really great tan?”

While I understand it came from a place of wanting to give me (a rather obscure) physical compliment, my ethnicity is not up for debate.

Some comments do come from a place of curiosity, but it is simply not okay to message me, a woman of colour, saying you “can’t pinpoint” where I am from (the colour of my skin does not, in any way, mean I don’t belong in Australia).

I have experienced men calling me “exotic” on the apps, which is a specific example of a microaggression discussed in Florence Givens book.

A woman of colour being called "exotic" implies that they are "exotic" because they don’t meet standard beauty norms, which are predominantly white.

It also diminishes women to the status of exotic animals, which has negative connotations surrounding primitive and savage animals.

And lastly, it makes us feel like we don’t belong here!

When talking to my friends of Caucasian background, they agree there is something inherently wrong with making a comment about someone’s race immediately.

One said they had never been asked on a dating app “what sort of white they are.”

This issue is something that people of colour have to deal with regularly.

Whilst I am still single, dating apps are something I am choosing to keep using.

The next time I experience a microaggression, instead of unmatching I am going to simply explain.

The more we talk openly about changing our subconscious belief systems, the closer we are to removing the negative stereotypes around women of colour.

Alisa Bittner is a Bachelor of Media and Communications graduate from the University of New England. She currently works as a copywriter/digital marketing assistant for Thrive Web Design in Burleigh Heads. She has previously worked at Australian Community Media and MCN. She is passionate about equality and the environment.

R
random 4126 8 months ago
Reply
Upvote
13 upvotes
I don’t get this viewpoint at all. I’m mixed race. I get asked this often and I don’t find it offensive at all. And I ask people about their blood lines. I find it fascinating and can open up conversations. I don’t get the problem. I’ve been the subject of racist jokes /comments. But that’s entirely different to some dude trying to crack on to me and asking “hey what’s your heritage”
F
fb75 8 months ago
Reply
Upvote
5 upvotes
I find the authors take on being called exotic interesting. I feel like she is perceiving that in a negative way because of one person's opinion in a book she read.
"A woman of colour being called "exotic" implies that they are "exotic" because they don’t meet standard beauty norms, which are predominantly white."
I feel the opposite. To me, that's a compliment. They probably mean that they find you more attractive than the norm around them.
And I don't understand the correlation to animals.
If you look up the definition of an exotic person, it's nothing like that, and there's no negative connotation.
It's probably not the best word to use, but I doubt the people who said it meant it in a negative way.
This article is food for thought though. I like to know people's background, I think it's interesting to hear of families different experiences. But this makes it clear we need to be mindful of how we pose that question.
C
cat 8 months ago
Reply
Upvote
2 upvotes
@fb75 historically ‘exotic’ was the way white men referred to women from third world and colonised countries who were used as slaves and forced into prostitution. Women who they saw as less than human.
It’s a really offensive thing to say to someone. Anyone who thinks it’s a compliment has had the luxury of ignoring what it really means.
S
snorks 8 months ago
Reply
Upvote
2 upvotes
@cat the meaning of the word far pre-dates that.
L
laura__palmer 8 months ago
Reply
Upvote
@snorks But the meaning of the word includes that
S
snorks 8 months ago
Reply
Upvote
1 upvotes
@laura__palmer But the usage is different. It's a perfectly cromulent word. Just because some people used it in a bad way doesn't mean it can never be used again for it's other meanings.
How many other words have bad variations or NSFW connotations? Are you suggesting they can never be used again?
News
General
Opinion
True Crime
Politics
Sport
Explainer
Entertainment
Celebrity
Reality TV
Movies
TV
Books
Rogue
Royal
Lifestyle
Beauty
Fashion
Weddings
Home
Wellness
Health
Fitness
Travel
Food
Parents
Before The Bump
Pregnancy
Baby
Kids
Teens
School
Parent Opinion
Work & Money
Money
Finance
Career
Lady Startup
Relationships
Sex
Dating
Separation
Friendship
Family
Real Life
Couples