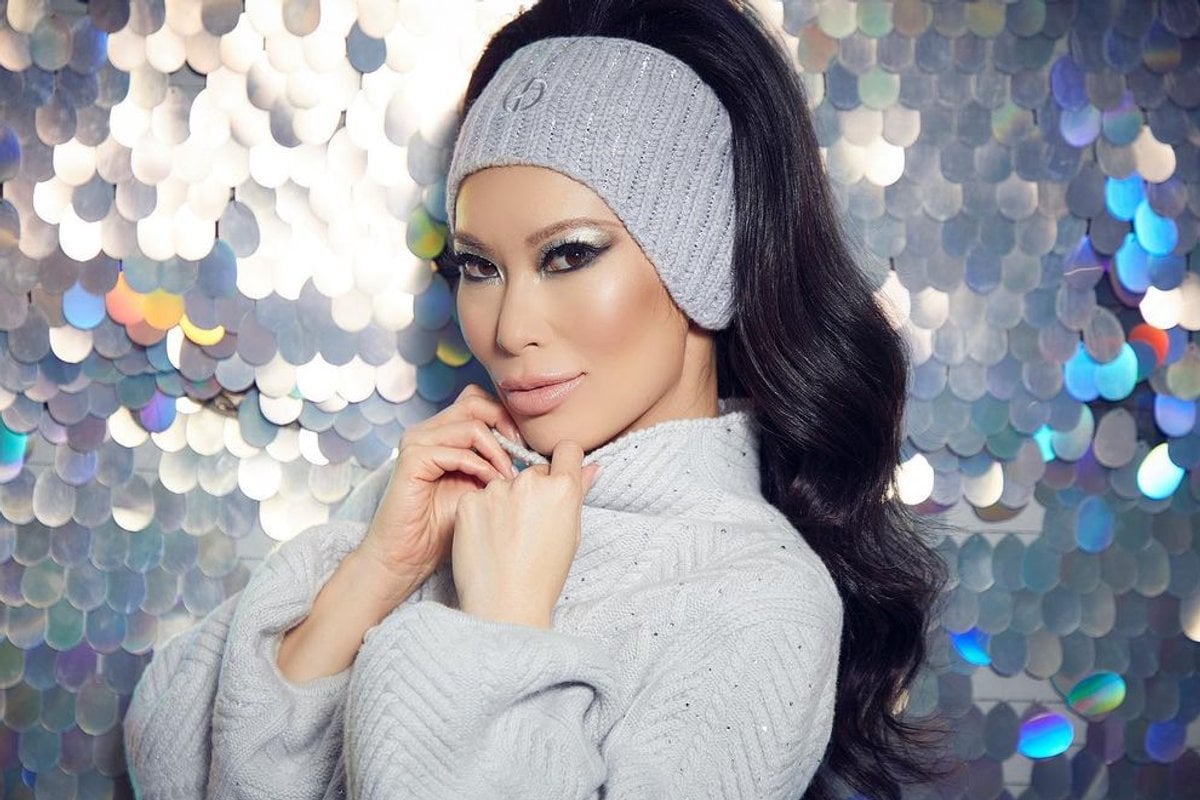 We're only in the first month of 2021 and Netflix is already blessing us with new reality TV to devour.

Bling Empire is the latest stupidly addictive show to drop on the streaming service and we're already obsessed with it.

The show, which has been dubbed the perfect combination of Crazy Rich Asians and Selling Sunset, follows the lives of a group of affluent Asian American friends living in Los Angeles. The first episode alone is jam-packed with copious amounts of caviar, champagne and diamonds.

But who are these glamorous characters?

Well, to get you up to speed, here's everything you need to know about one of the key players: self-proclaimed "Queen of Beverly Hills" Christine Chiu.

Who is Christine Chiu?

Christine Chiu was born in Taiwan and raised in Beverly Hills. She graduated from Pepperdine University in Malibu, California, with a degree in international business and worked in beauty PR post-university.

In 2006, she married Dr Gabriel Chiu, a 24th direct descendant of the Song Dynasty. The couple share a son also named Gabriel, but better known by his nickname, Baby G.

What does Christine Chiu's husband do?

Christine Chiu's husband Dr Gabriel Chiu is a plastic surgeon based in Beverly Hills. He studied at the University of California, Berkeley, before opening his practice, Beverly Hills Plastic Surgery, with his wife.

"Beverly Hills Plastic Surgery was something that I founded. Dr Chiu was my very first employee," Christine told The Oprah Magazine. "We've been partners ever since."

What is Christine Chiu and Gabriel Chiu's net worth?

Despite being a direct descendant of the Song Dynasty, Dr Gabriel Chiu worked hard for his money. In fact, Christine told women.com, "I was making more money than Dr Chiu when we met!"

Since their marriage in 2006, Chiu has built a net worth of $50 million, according to Celebrity Net Worth, while Daily Mail reports that the couple's combined net worth is closer to $80 million.

So what does Christine Chiu exactly do?

Christine is the managing director of Beverly Hills Plastic Surgery, a philanthropist and a couture collector. She's been on the board of 27 non-profits, including L.A. County Museum of Art's Costume Council, UNICEF Chinese Children's Initiative and Step Up Women's Network.

In 2019, Christine and Gabriel teamed up with Prince Charles to open The Prince’s Foundation Chiu Health and Wellness Programmes and Centre.

When it comes to collecting couture, Christine treats it like an Olympic sport.

"Haute couture is like a project you work on year-long," she told Harpers Bazaar. "You have a million fittings to get these pieces exactly as you want them and then you debut them at the show."

And sometimes, it doesn't matter how much the dress costs. If she loves it, Christine will buy it.

"If it’s an insane price (like a seven-figure range), I consider whether I would rather get three dresses or one spectacular dress," she said.

"Sometimes there’s no logical reason behind it, you just fall in love and the price doesn’t matter," she added.

While her Instagram account shows all the glitz and glamour, behind closed doors, their family life hasn't been easy. During the first few episodes of the show, we're told about Christine's struggles with conceiving and the pressure placed on her to continue the family line.

According to Christine, Gabriel's family shut her out for nine years after she struggled to get pregnant with a son. But it was actually Gabriel who had fertility issues.

"When those words came out of my mouth I was in shock because I held it in for so long," Chiu told Oprah Magazine.

Now, Gabriel is interested in the couple having a second child. However, after her life-threatening pregnancy, Christine is happy with her one son, Baby G.

What does Christine Chiu think about Bling Empire?

When speaking to Oprah Magazine, Christine shared that she's excited to be a part of a show that brings such diversity.

"When Bling Empire was developed, it was poised to be the first ever all Asian ensemble cast in American television. That in itself was groundbreaking," she said.

"The original version wasn't necessarily focused on the wealth, but rather on the cultural pressures and expectations that confront successful Asian Americans of varying ages in Los Angeles. I appreciate what the producers have done in hooking audiences in and cultivating this conversation through a little bit of controversy."

Plus, Christine loves working with the other cast members, including on-screen rival Anna Shay. 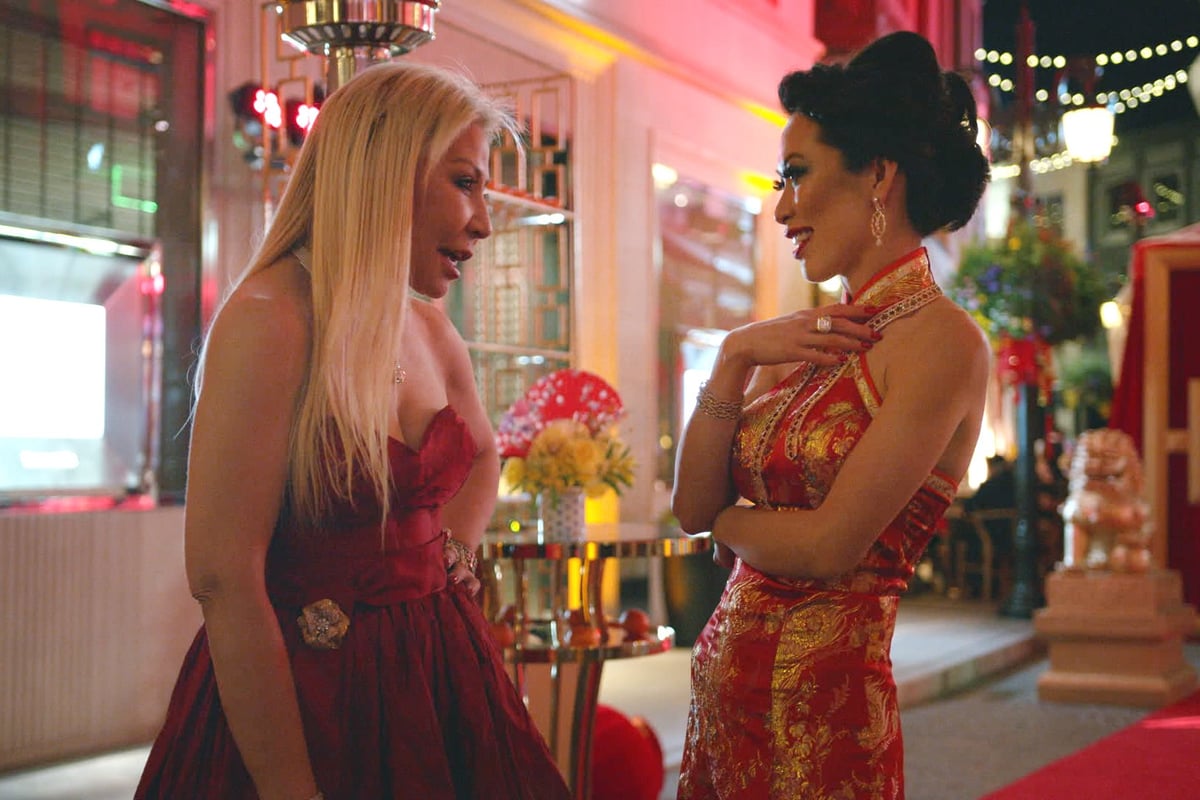 "Cherie has become a really good friend of mine. We are plotting the marriage of our children. Of course, I need someone to pass my couture down to, because I don't know if Baby G is into it right now—he's very much into garbage trucks right now," she said.

"I've known Kelly for a decade. She was in another line of business before. She's very entrepreneurial. Kane, I adore. He's a fun plus-one anywhere. Kevin cracks me up. Anna, I've even had a couple of dinners with without claws coming out. I do genuinely adore the cast," she continued.

Will Christine Chiu appear on season two if Bling Empire gets renewed?

"Of course," she told Oprah Magazine. "Isn't that always the goal? To tickle, tease, and invite people back for more?"