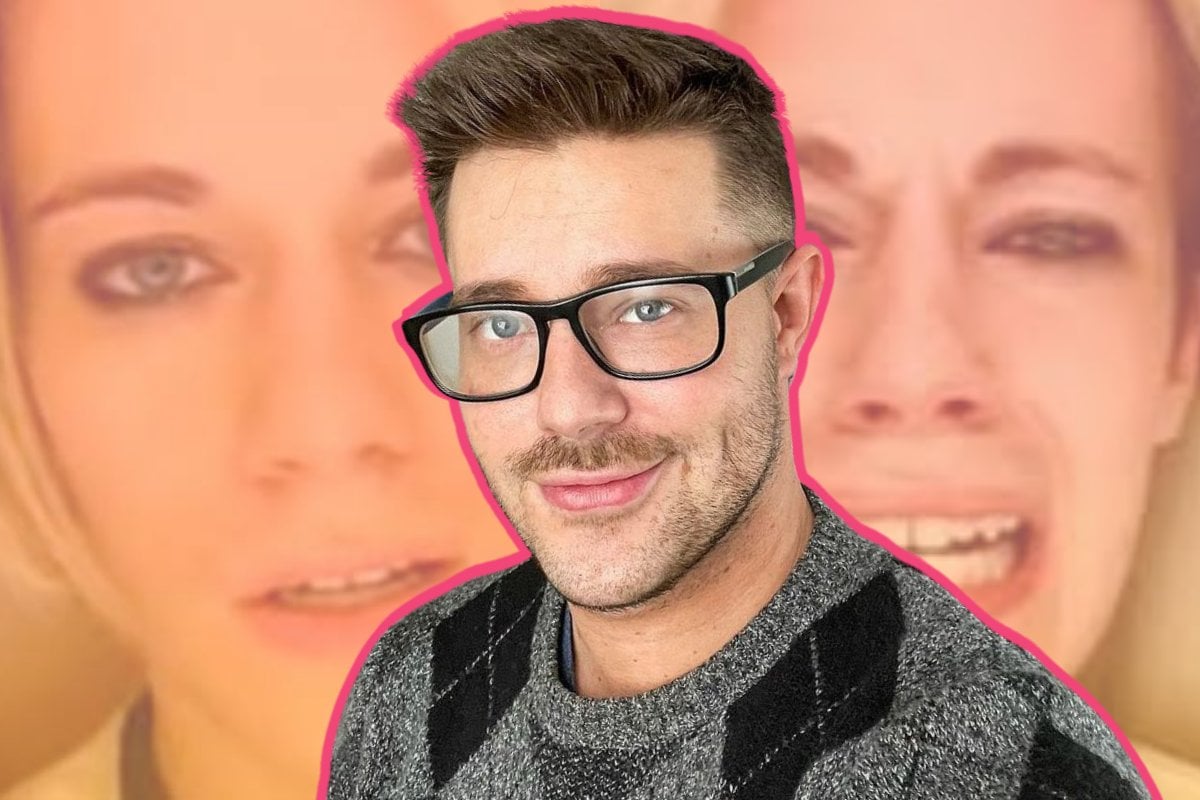 In September 2007, you would have been sent a YouTube video of a man crying, pleading for the world to 'leave Britney alone'.

At the time, this video was impossible to avoid.

Social media as it stands today did not exist yet, but still, Chris Crocker's now-infamous cry made its way around the world in inboxes and on TV screens.

Within the first 24 hours, the video accumulated two million views, and also cemented "leave Britney alone!" as the dominant pop culture joke of the latter part of the year.

And while everyone watched the video, probably multiple times, no one really took its message in.

"How f***ing dare anyone out there make fun of Britney after all she has been through," a then 19-year-old Crocker began.

"She lost her aunt, she went through a divorce. She had two f***ing kids. Her husband turned out to be a user, a cheater. And now she's going through a custody battle. All you people care about is readers and making money off of her. She's a human!

"What you don’t realise is that Britney is making you all this money and all you do is write a bunch of crap about her. She hasn't performed on stage in years. Her song is called 'Give Me More' for a reason. Because all you people want is more, more, more, more, more.

"Leave her alone! You are lucky she even performed for you b*stards! Leave Britney alone, please!"

He cried as he called out celebrity gossip columnist Perez Hilton for using Spears' trauma for page views.

"Leave Britney Spears alone right now! I mean it! Anyone that has a problem with her you deal with me, because she is not well right now.

His message is clear, and it was correct: Spears was very obviously going through trauma in 2007. We now know this more than ever after the release of documentary Framing Britney Spears, which contextualised just how badly she was treated by media, paparazzi and society as a collective.

Read more: Britney Spears tried to talk to us for years. We didn't listen.

That same society was not ready to hear how wrong it was - especially from Crocker, who then himself became a target of mocking, ridicule and parody.

Comedians and TV shows jumped at the opportunity to spoof the video and Crocker's identity.

The video was laughed at across networks, though the most offensive reporting came from Fox News Channel's morning program Fox & Friends, where commentators questioned Crocker's gender identity and referred to him as "she/he".

Crocker's hair, makeup and emotions were fair game. But no one was talking about his message.

More than 13 years later, the world is reexamining its treatment of not only Britney, but multiple other women whose lives were tabloid fodder - which also means reexamining Crocker's video.

In a social media statement, Crocker pointed out that there were others who came out in support of Spears.

Scottish presenter Craig Ferguson refused to make jokes about her and called on his audience to show basic empathy, and documentary maker Michael Moore refused to gossip about Spears in a 2008 segment on CNN with Anderson Cooper and Larry King.

None of these voices, from men with much higher profiles than a YouTuber, made as many headlines as Crocker. And of course, those few that did pop up did not attack their identities.

"Maybe people reaching out to tell me, 'Chris, you were right' would feel good, if I knew that people could unpack that the reason no one took me serious was because I was a gender-bending teenager and the reaction to me was transphobic," Crocker wrote in a February 2021 statement to social media.

"When I said [leave Britney alone] I had to fear for my life... Physical attacks were made towards me at gay bars and out in the streets."

"It was a time of only embracing HETERONORMATIVE people in media," Crocker wrote.

"I hope not only Britney gets the freedom she deserves, but that Femme queer people are not tortured in the media when showing humanity."

Although much of the world had no idea who Crocker was before his crying face was thrust upon our TV and computer screens, the virality of his 'leave Britney alone' video was not a one-off fluke.

Crocker had already become one of YouTube and MySpace's most-watched creators with a cult following. Before his defence of Spears, more than 60 of his videos had reached one million views.

He was a big deal on YouTube long before he was a big deal everywhere else, and while Crocker was definitely able to capitalise on his new profile, the infamy was more a hindrance than a help. 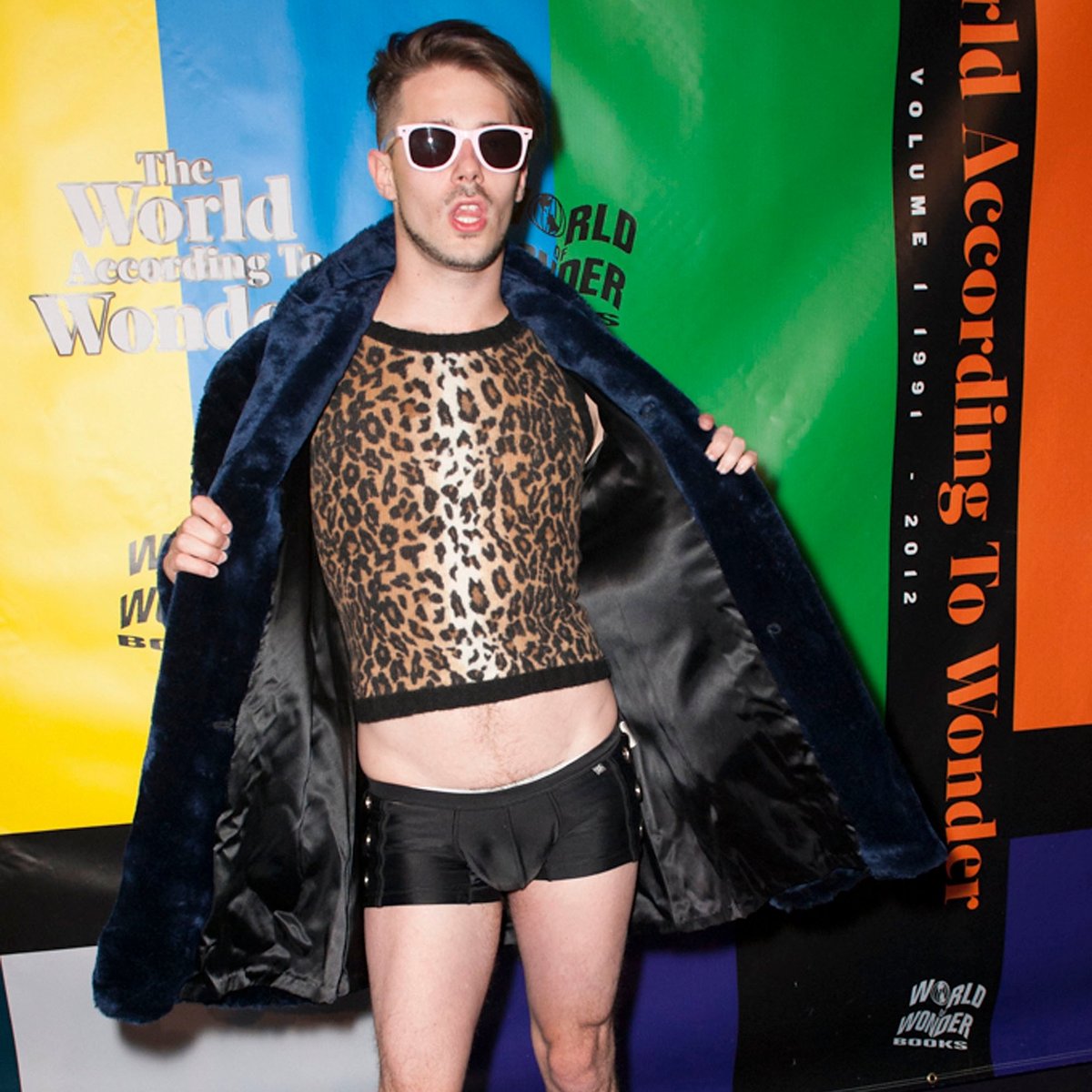 Crocker moved to Los Angeles from Tennessee following the Spears video to start a reality TV career, but a planned project never got off the ground and he moved home only months later.

He found himself ridiculed by not only hetero-normative society, but by the queer community he was a part of.

"I'm happy that [YouTube is] a place now where queer people can be appreciated for themselves," Crocker explained in a 2017 interview with Vice.

"Back then, it was awful to be gay on YouTube, because you didn't know what death threats were really serious or what. It was a different time. My relationship with the gay community is also affected by the time in which I came out, because back then, it wasn't cool to be that flamboyant or talking the gay lingo... A lot of [gay men said about 'Leave Britney Alone'], 'Oh, that's the kind of gay person that gives us a bad name.' That was all I got."

In 2008, Crocker was one of Lily Allen's 'internet correspondents' on her BBC talk show Lily Allen and Friends, and he ventured into music with his debut single 'Mind in the Gutter'.

Since then, he's appeared in adult films, headlined critically-acclaimed HBO documentary Me at the Zoo, and spoken out about gender fluidity.

In 2021, he describes himself as a "performance artist and adult entertainer".

Crocker still creates content for his millions of followers, as well as on his OnlyFans.

Despite it all, he's still most widely known as the 'leave Britney alone' guy.

Crocker explained to Vice that he felt compelled to defend Spears because of his own personal circumstances.

"When she was going through that, you could obviously see that she was more human than just the untouchable pop star. That's why I said in the video, 'She's a human.' The reason I was so vocal about standing up for [Spears] was because my mum actually had just gotten back from the war in Iraq. She was a veteran. It was the same time that my mom was going through an addiction problem, and she became homeless," he said.

"It was just two women who I really looked up to. I was already defensive because I was trying to help my mum. Then, seeing my favorite pop star, who gave me inspiration, to be struggling as well, was a parallel."

It's 13 years too late, but people are finally recognising that Crocker was right.