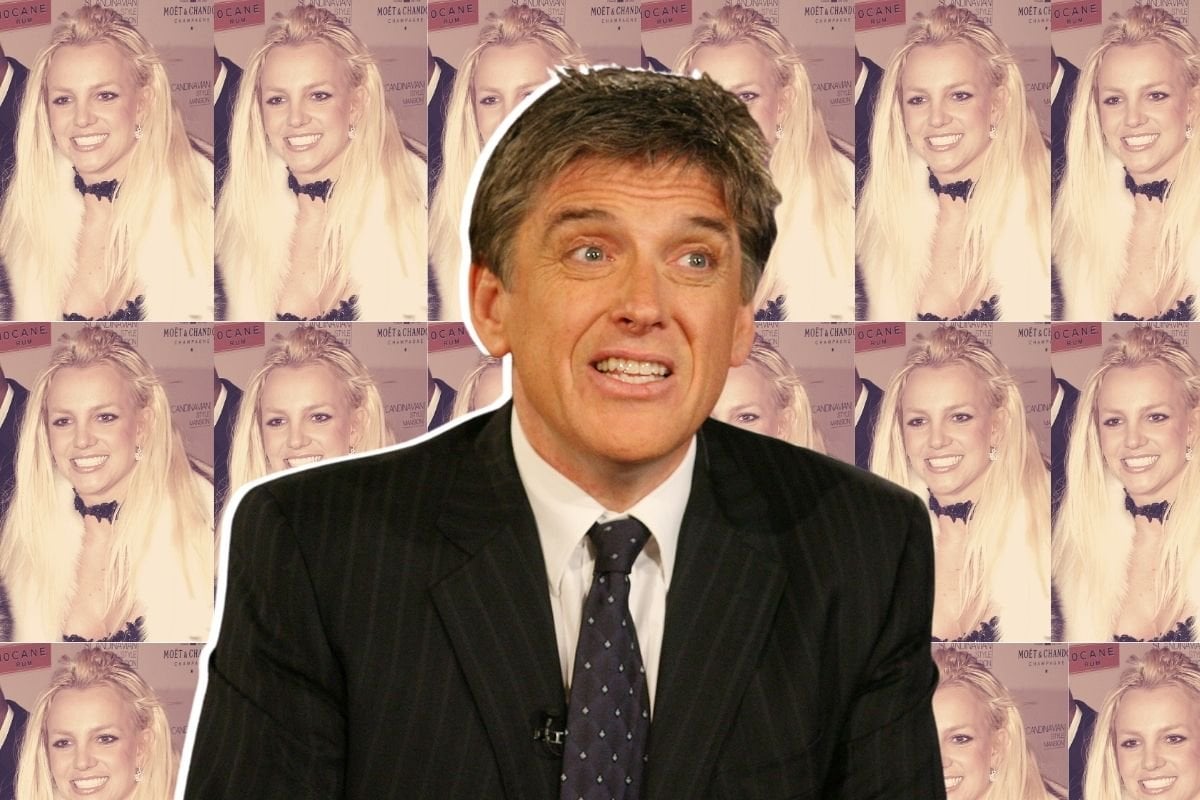 In 2007, Craig Ferguson opened The Late Late Show with something that was bothering him.

He was speaking on February 19, the Monday after singer Britney Spears had made headlines around the world for shaving her own hair off while 70 photographers watched on, gleefully snapping away at their next paycheck.

She'd just checked herself out of a rehabilitation clinic in Antigua, and had visited the home of her ex-husband, Kevin Federline, asking to see their children. When he refused, she drove to a nearby hair salon while being trailed - as she always was - by swarms of paparazzi.

She was clearly in severe psychological distress.. But editors, TV hosts and their audiences were poised to point and laugh, not commiserate with a woman out of her depth and in desperate need of help.

"Tonight, no Britney Spears jokes, and here’s why…” Ferguson told his audience in a 13 minute monologue that's resurfaced in 2021.

Even at the name 'Britney' the crowd can be heard laughing. Ready to make the troubled popstar the butt of the joke.

Watch: Some of Ferguson's monologue. Post continues after video.

Video via The Late Late Show.

"The kind of weekend she had, she was checking in and out of rehab, she was shaving her head, getting tattoos, that’s what she was doing this weekend. This Sunday, I was 15 years sober. So I looked at her weekend, and I looked at my own weekend, and I thought, ‘You know, I’d rather have my weekend.’ But what she’s going through reminds me of what I was doing. It’s an anniversary, you start to think about it, and it reminds me of where I was 15 years ago, when I was living like that," he continues.

"She clearly needs help," said Ferguson. “This woman has two kids. She’s 25 years old. She’s a baby herself. She’s a baby, you know. And the thing is, you can embarrass somebody to death."

The late night host shared that his own troubles, an addiction to alcohol, even led him to contemplate suicide. But he eventually sought the help he needed to give up drinking.

He compared the media scrutiny being piled on celebrities like Britney to watching America's Funniest Home Videos: "You'd be laughing at the kid falling over, and then you'd go, 'Wait a minute, put down the damn camera and help your kid! What the hell is wrong with you?'"

But in 2007 Ferguson stood relatively alone in saying, 'what the hell is wrong with you?'

As the new documentary The New York Times Presents: Framing Britney Spears shows, it was a misogynistic media, relentless paparazzi presence and complicit audience that helped lead Spears to a public breakdown in the first place.

READ: The 9 biggest moments from the new Britney Spears documentary.

Times critic-at-large Wesley Morris tells the documentary about that 2007 hair cutting moment. "She's saying essentially with no hair: I quit. Whatever you guys are looking for in terms of me coming back and being that person again, that person is gone, and you have destroyed her.

"The idea that you could look at [those images] and only see a 'crazy person' - that just tells me what a vulturous society she was working with."

Again, the studio audience laughs at the mention of Smith's name, to which Ferguson immediately replies, "It's not a joke!"

"I'm starting to feel a little bit uncomfortable about making fun of these people," he says. "For me, comedy should have a certain amount of joy in it. It should be about always attacking the powerful people — attacking the politicians, and the Trumps, and the blowhards. Go after them. We shouldn't be attacking the vulnerable people."

"This is totally a mea culpa, this is just for me,” he confessed. "I think my aim's been off a bit recently and I want to change it a bit."

If more people had stopped, listened, and followed his lead perhaps it could have saved a lot of people a lot of torment over the last 14 years. Especially a 25-year-old popstar, who at age 39 lives under a conservatorship responsible for controlling her life, while she is still hounded daily by the tabloid press.