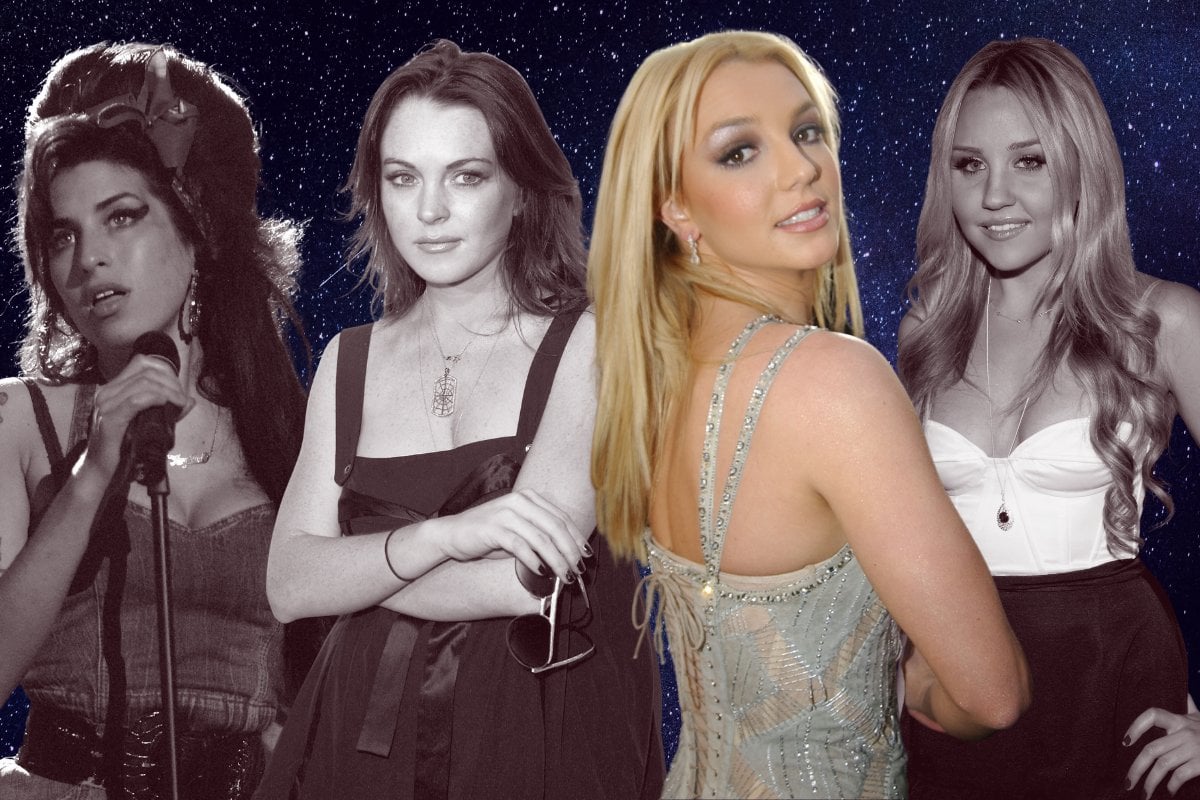 There's a moment in every celebrity's life where they slip from one world into another.

The moment may sneak by them unnoticed. Maybe they're too young to see it, or too caught up in the wave to step back and look at it for what it really is. But in that moment they leave the safety net of being a 'normal' person who can move through life relatively unnoticed, to being a celebrity.

That moment can foreshadow the rest of their career.

For Britney Spears, that moment came in 1992 when, at 10 years old, she appeared on the US talent show, Star Search.

After her performance, the show's host Ed McMahon, a man in his 60s, said to Spears, "You have the most adorable pretty eyes." Then he asked, "Do you have a boyfriend?"

When the pre-teen, with a bow in her hair, replied, "No, they're mean," McMahon suggested he could be her boyfriend because he wasn't mean.

The crowd laughed along with McMahon and the moment wasn't given a second thought.

The moment wasn't considered when a teen Britney Spears, now a Mickey Mouse Club star, began dating her co-star Justin Timberlake and announced she was saving herself for marriage. It wasn't mentioned when her virginity became fodder for stand-up comedians and late night talk show host monologues.

It wasn't revisited when an interviewer told a 17-year-old Spears that everyone was "talking about her breasts".

It wasn't considered when Timberlake, fresh from their very public breakup, announced to the world he had actually slept with Spears.

It wasn't once mentioned when Spears was sl*t-shamed, demonised, called a bad mother and chased through the streets by countless paparazzi as she feared for her kids' lives.

On the night of February 16, 2007, when a 26-year-old Spears shaved her head in full view of the paparazzi, we didn't once think back to that 10-year-old girl whose appearance and sexuality instantly became public property, and whose life was sent down a path she could not possibly foresee.

All we saw was a washed-up, 'crazy' former pop star who had failed to live up to the expectations we'd set out for her. Spears had failed to toe the line between virginal and sexual, to maintain the body she'd had at 16 after having two children in her twenties, to marry an appropriate man, and most of all to remain calm and polite under mounting pressure from the tabloid paparazzi, her critics, her fans and even her own family. 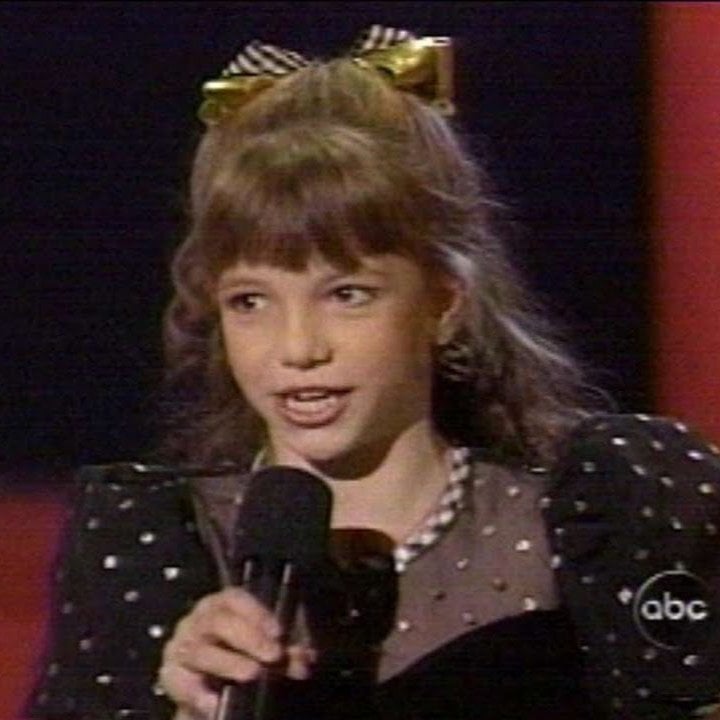 The tabloid media saw Spears as an opportunity to sell more magazines, comedians and talk show hosts saw her as the butt of the joke, and we saw her as a way to pass the time at the hairdressers or in the doctor's waiting room.

It's only now in February 2021, in the light of the new documentary The New York Times presents Framing Britney Spears, that we're able to look at Spears and see that 10-year-old girl standing on that stage who had no idea what was ahead for her.

In 2021, we're reframing Britney Spears and hopefully we'll finally let that 10-year-old speak up and be in charge of her own narrative.

But Spears isn't the only female celebrity who deserves this reframing.

By the time she was three years old, Lindsay Lohan was working as a child model and commercial actress. In 1998, she landed the dual role of the twin sisters in Disney's remake of The Parent Trap. This role made Lohan a household name and cemented her as the kind of wholesome, Disney role model that only comes around once in a generation.

Lohan went on to star in a bunch of movies, Mean Girls her most notable, but within about a decade her career had come to a grinding halt. You see, Lohan just like Spears, had failed to live up to the expectations that are placed on a woman who comes into the public eye as a pre-teen.

She had embraced a party lifestyle, struggled with an eating disorder, and had several brushes with the law. Soon, the cherub-faced girl from one of our favourite childhood movies was just another butt of the joke, a juicy way to fill in some time while we got our roots retouched.

While Lohan still gets wheeled out every few years, most recently as a judge on the Australian version of The Masked Singer, it's always with a raised eyebrow and a bit of a snigger. We see Lohan as a bit of a joke and, at least publicly, she seems happy to go along with it.

But what version of Lohan would come forward if she was given the opportunity for a public reframing? What would she want us to know?

A baby-faced Amanda Bynes first graced our TV screens in 1996 when she was just 10 years old. She had a quick rise to fame and spent the next decade under the intense scrutiny of the tabloid media.

In July 2010, Bynes announced she was taking a hiatus from acting. This announcement only intensified the tabloids' interest in her and by 2012 we were watching Bynes' life unravel on the covers of magazines as we waited at the supermarket checkout.

In July of that year, Bynes was charged with driving under the influence in West Hollywood. In May 2012, she was charged with reckless endangerment and marijuana possession. A few months later, she was detained after she started a small fire in a stranger's driveway. 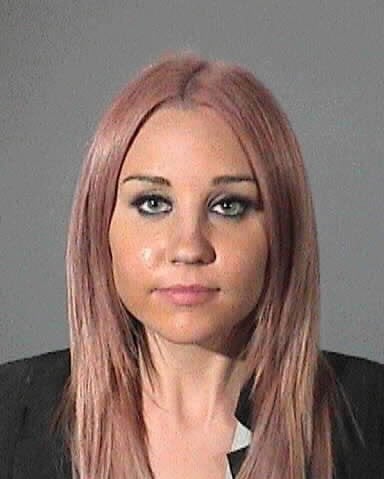 She was hospitalised under a 72-hour mental health evaluation hold. Her mother was granted a temporary conservatorship over her affairs.

In October 2014, Bynes accused her father of sexual and emotional abuse in a series of tweets. She later recounted her accusations, stating the microchip in her head made her do it. She was later diagnosed with bipolar disorder.

Unlike Spears and Lohan, Bynes directly stated that she was stepping back from public life. Yet still, she was hounded until every last scrap of her story was consumed and regurgitated over and over again.

Occasionally Bynes will post on social media or make a public appearance and the media will rush to recount her fall from grace.

But it's about time we step back and really look at Byne's journey from Disney star to public nuisance, and the media's role in that.

The final woman I want to tell you about will never have the opportunity to witness her own reframing.

On July 23, 2011, after a very public battle with substance abuse, an eating disorder, and mental illness, Amy Winehouse died of accidental alcohol poisoning. She was just 27 years old.

Before and after her death, just like Spears, Lohan and Bynes, Winehouse was hounded by the paparazzi and was comedic fodder for radio hosts and TV talk show monologues.

Now almost 10 years on from her death, Winehouse remains an object a fascination for the media, someone to drag out on a slow news day.

Who knows what Amy Winehouse's life might look like now if she was just given the support and space that she needed. If she was offered just an ounce of the empathy and the understanding we are now offering to Spears.

In 2021, we're reframing Britney Spears. Let's not stop there.

It's too late for Amy Winehouse, but it's not too late for women like Lindsay Lohan, Amanda Bynes, Meghan Markle, and countless others who have been chewed up and spat out by the media machines that created them.

This year, let's reframe their stories too.

Reply
Upvote
1 upvotes
Well overdue... I remember thinking "am I the only one who thinks this isn't cool?" when Anna Nicole Smith was enabled and coaxed and rewarded for her drug addiction, all for the sake of a few minutes of TV. She literally died whilst we all looked on and laughed.
Are we entertained?
C
cat a year ago