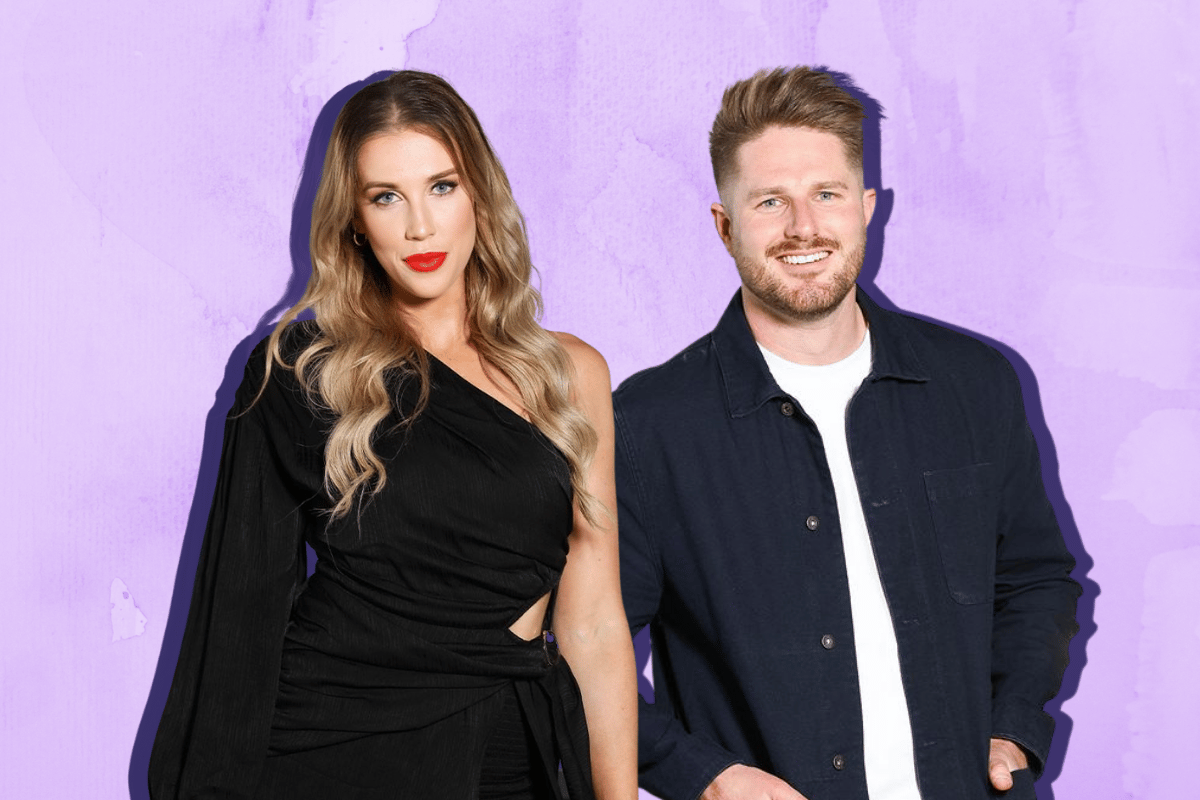 1. Exactly what happened at the MAFS dinner after Bryce kissed Beck.

There was one moment on MAFS last night that left us all feeling particularly uncomfortable.

In case you missed it, Bryce Ruthven approached Beck Zemek at dinner and kissed her on the cheek without her permission.

Now, Beck has shared exactly how the incident made her feel and how it led to a shutdown of production, during an interview on 2Day FM's The Morning Crew with Hughesy, Ed and Erin.

"I felt violated. It was one of those moments you'd bring the contract up and see what your rights are because I didn't sign up for this," she told the hosts earlier today.

"We shut production down from this the next day. It was mentally mind-draining for me."

Beck also shared that it was difficult to re-watch the kiss on last night's episode.

"It's harassment. I think you learn to keep your hands to yourself when you're in your first year of school... It was really hard for me to watch last night."

After the incident, Beck's fellow cast mates were quick to stand up for her and call out Bryce's "disgusting" behaviour.

Beck's groom, Jake Edwards, also told Bryce to "have a look at your actions mate".

Listen to The Spill, Mamamia's daily entertainment podcast. In this episode, co-hosts Kee Reece and Laura Brodnik chat about the moment that stopped production on MAFS. Post continues below.

2. Sam just spoke about the MAFS finale episode, and we’re not sure we’re ready for this.

In more MAFS news, contestant Sam Carraro has split some tea about the show's final. And yes, we are listening.

While at an event hosted by Nova100 at Crowne Plaza Melbourne's Dive Bar, Sam hinted that we're in for a wild final dinner party.

"The final dinner party is like a Jerry Springer episode," he told Nova100 host Chrissie Swan.

"Bit heated," he added, ever so cryptically.

Fellow contestant Patrick Dwyer also revealed what the food at the dinner party is really like (which isn't exactly a spoiler but is still pretty interesting).

"The first dinner party Chrissie... it was actually a really nice chicken but apart from that, it was absolutely shocking," he said, as other contestants shared that the food was always cold.

We don't know about you, but the final dinner party can't come any quicker.

3. Apparently the palace has been flooded with ‘Meghan Letters’ since the Oprah interview aired.

In case you missed Harry and Meghan's explosive Oprah interview a few weeks ago, (excuse us, where the heck have you been?) the rift between 'the palace' and the Duke and Duchess of Sussex has widened all the more, and you can bet royal fans are picking sides.

According to The Mirror, “sacks full of letters, cards, and gifts are delivered to Windsor Castle every day,” and the Queen is very pleased by the outpouring of support.

The Daily Mail reports that the Queen's lady-in-waiting, Dame Mary Morrison is responding to every letter, some with "personal" responses.

Although Harry and Meghan were sure to exonerate the queen of any wrongdoing in their tell-all interview, the pair's relationship with the palace has taken a hit from the allegations made, including that one family member was concerned about how dark Archie's skin would be.

4. It appears that Liz and Seb are back together, momentarily boosting the MAFS success rate.

After a very emotional breakup back in January, it looks like Married At First Sight's Elizabeth Sobinoff and Seb Guilhaus are back together.

The rumours came after Seb shared a series of pictures of he and Lizzie on Instagram this week, captioning it: "You don't need a label to have a connection."

Following this, the pair were photographed by The Daily Mail, farewelling each other at the airport in Seb's hometown of Adelaide, and they looked pretty cozy.

Our fingers are crossed for the couple!

5. Anonymous gossip pages are having a real moment. And not everyone is happy about it.

'Blind' Instagram gossip pages are having a real moment.

If you haven't come across one, it's really as simple as it sounds: An Instagram page which shares 'blind' celebrity gossip, sightings and posts from industry 'insiders', who leak details on upcoming films/TV shows/music releases etc.

In most cases, the identities of those behind the account are secret, adding to the mystery, and the cryptic clues offering hints of who each post is about make you feel like you're Nancy Drew. 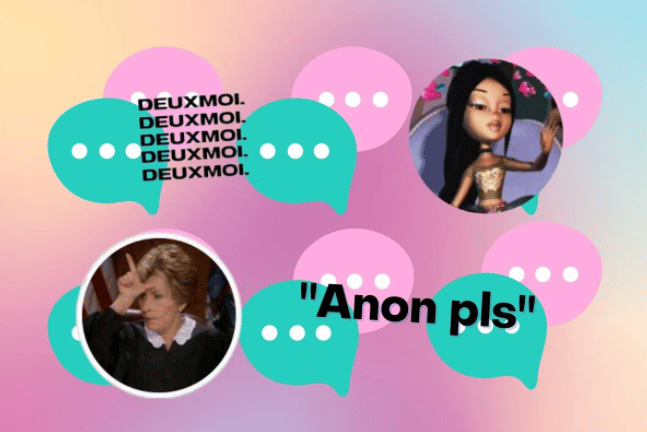 Globally, Deuxmoi is deuxing the most. With more than 800,000 followers, it shares mostly blind items and spottings of celebrities - from the most A-list of stars to Real Housewives.

The account boomed thanks to the strange circumstances of the pandemic. Traditional gossip sites lacked content; there were no celebrities out and about to pap, no events or red carpets to talk about.

Prior to COVID, Deuxmoi was a lifestyle and meme account that occasionally reposted gossip from other sites. Early in the pandemic, it asked followers to share their best, worst and most bizarre celebrity encounters, which set the wheels in motion. It's now a full-blown phenomenon.

It's not just followed by the plebs who want to the be in the know (*raises hand*), but other celebs and 'real media' too, like The Hollywood Reporter and the Hadid sisters.

Its content has made real headlines too: It was anonymous tips to Deuxmoi that lead to last year's increased speculation about James Corden being not-that-nice, and the account was recently targeted by Armie Hammer's camp in a Vanity Fair article about the sexual abuse allegations against him.

Deuxmoi was very unhappy about this and felt like Hammer's team was unfairly tarnishing the account, which posted screenshots about him in January, after the information was available elsewhere on the internet. This made further headlines.