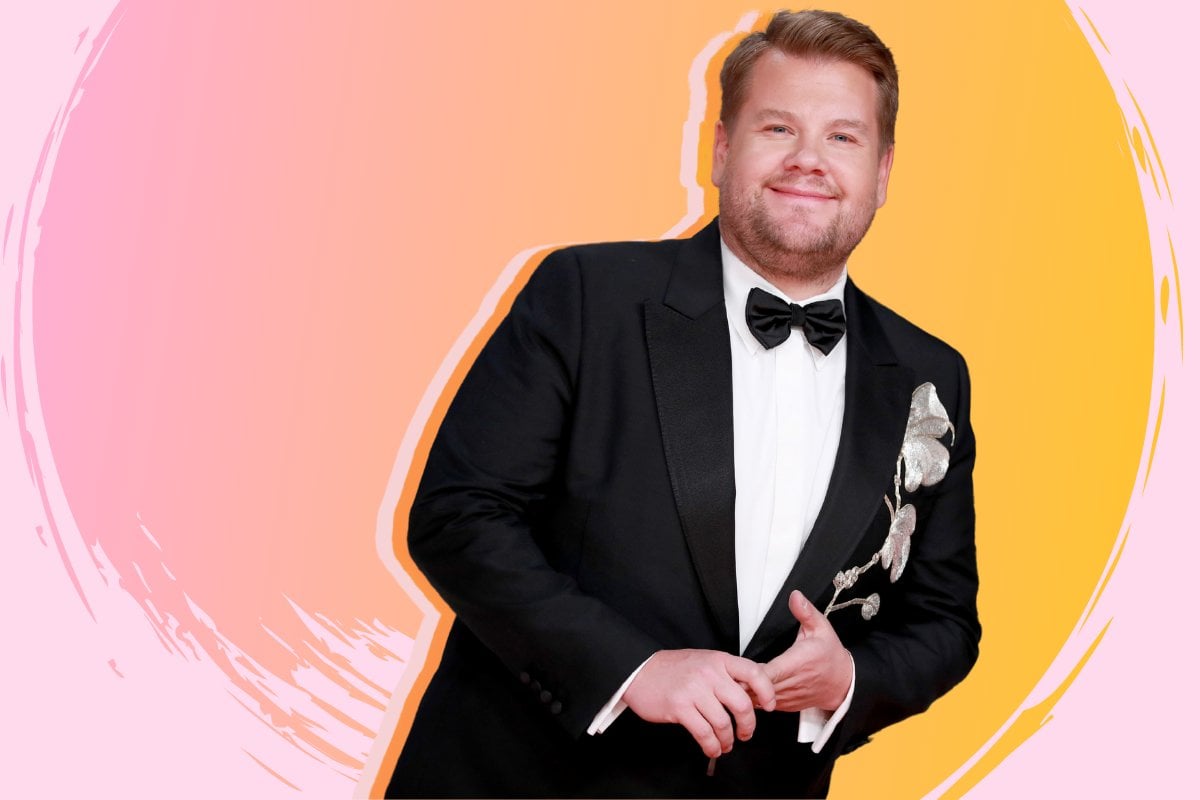 In recent months, the tide has really turned on James Corden.

The late night TV host and Gavin & Stacey actor is best known as a self-deprecating funny Brit - and the guy who does Carpool Karaoke.

His most recent role was in the Netflix musical The Prom.

It's scored him a Golden Globe nomination for Best Actor-Comedy or Musical, but also a barrage of criticism and controversy.

It's also further increased the mutterings that Corden is not 'nice'.

The criticism is similar to that levelled at Ellen DeGeneres throughout 2020 and ironically, there was speculation Corden could replace her as host of the daytime show.

But the internet has strong thoughts and feelings on Corden, and there are signs Corden's reputation could be heading the same way.

What is the Golden Globe nomination drama?

In Netflix's The Prom, Corden, a straight man, plays gay Broadway star Barry Glickman in a way many considered stereotypical and offensive.

"Corden is playing off crass gay stereotypes rather than sublimating them into his character," Indiewire wrote. 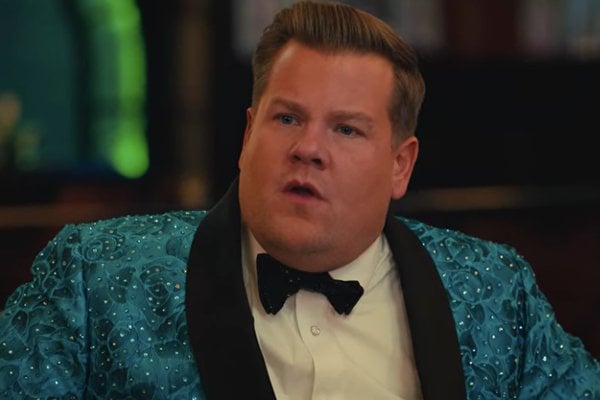 Yet despite the almost universal panning, Corden received a Golden Globes nomination.

In fact, he was the only member of the film's cast to get one. Even Meryl Streep was snubbed.

The internet - almost constantly at each other's throats - were mostly in agreement: This was weird.

So far, Corden has not responded to his nomination or addressed the criticism - but given his silence over the past six months, as accusations about his attitude and behaviour swirled - this is not much of a surprise.

What are the rumours about James Corden?

First, let's back up a little to past allegations.

In his homeland, Corden was painted as ungrateful and entitled, especially after moaning about Gavin & Stacey not being nominated for the 2008 best comedy BAFTA award.

There are articles about Corden's perceived attitude floating around from 2017, and in 2010 there was commentary about a very awkward, very public run in he had with Sir Patrick Stewart.

See below, and prepare to feel... uncomfortable:

In 2019, Corden made an appearance on Reddit's AMA (Ask Me Anything) thread to promote a special edition of Carpool Karaoke, but it massively backfired.

Comments calling Corden names hijacked the thread. With more than 700 comments, Corden and his team were reportedly only able to answer about three fan questions before leaving the conversation.

Comments called him rude, an a***hole and much worse.

One person claimed Corden had "allegedly showed up to a WGA [Writer's Guild Of America] union meeting for late night writers with an executive producer and none of the writing staff" and advocated less pay for new writers under their union-negotiated minimum wage.

Corden had previously denied this was the case.

Murmurs of his attitude resurfaced when Corden's name was floated as a replacement for DeGeneres, with Twitter users claiming doing so would replace one problematic talk show host with another just as problematic.

Fast forward to October 2020, and Vanity Fair published a profile on comedian Eric Andre - who was another name in the mix as DeGeneres' successor. 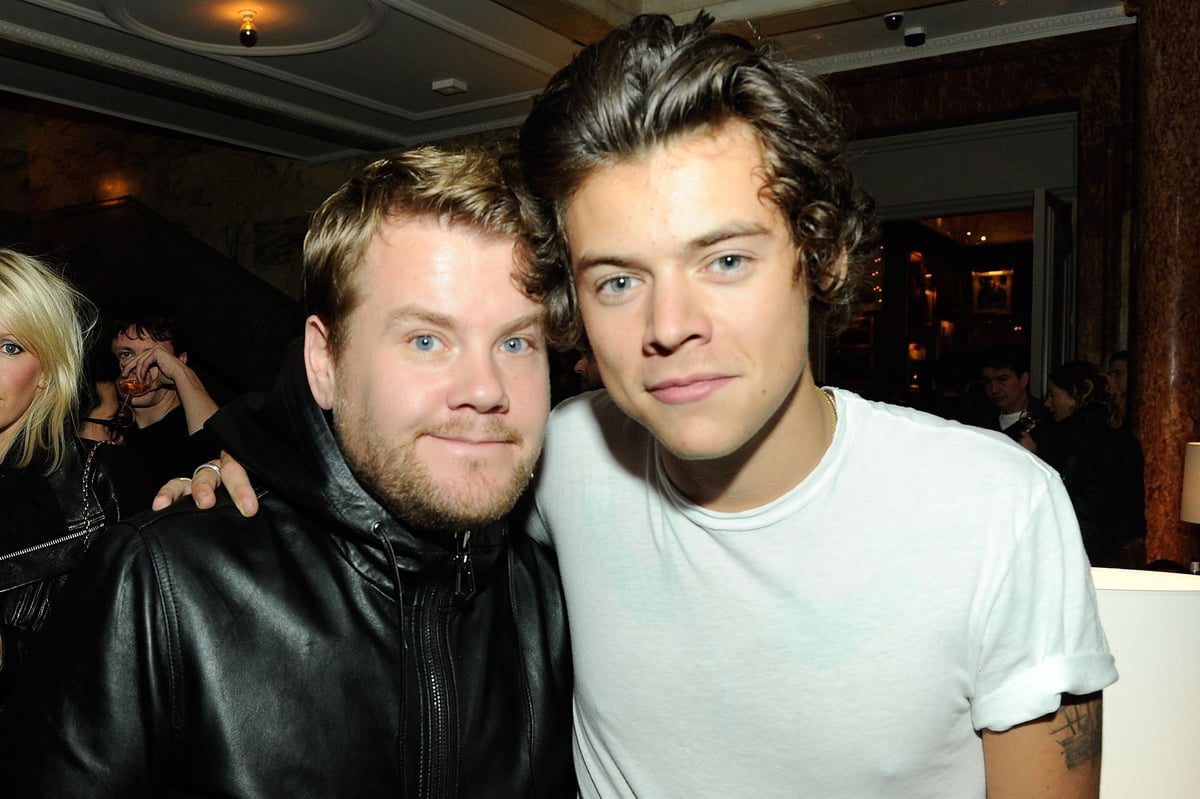 In criticising cancel culture, Andre may have helped the internet justify Corden's.

"We have a psychopath in the White House and we're in the longest war of all time. It seems like small potatoes compared to the world crumbling into these right-wing authoritarian dictatorships and these industrialised nations," Andre began.

"Is that what cancel culture's devolved to? 'That guy's not nice!' James Corden is f***ed if that's the only criteria to get called out.

Deux Moi does not confirm statements, and as far as this writer can tell, they all came from anonymous Instagram users.

Among them was someone whose co-worker said Corden dropped his jacket on the ground at the Met Gala and when he was told he needed to check it in, replied "someone will handle it".

James Corden apparently even worse than ellen according to deuxmoi plssss lmfao pic.twitter.com/Zev0HlvFw4

Why is James Corden trending? What has he done now...swear he was a horrible person anyway lol? Another Ellen? Oop 👀 ☕️

Another account claimed they had served Corden and other diners (including Harry Styles) at a London restaurant and he had been rude to wait staff.

"He screamed at me when his meal came out because it wasn't what he wanted," their message said.

This was shared alongside a screenshot from the previously mentioned AMA, where a commenter said:

"Me and my friends sat at a table next to you and Harry Styles + some others in Manchurian Legends in London's Chinatown about six years ago. We didn't bother you but you were a massively entitled c*** who yelled and treated the waitstaff like shit, and when one of my party politely suggested you calm down, you got really aggressive and threatening."

(One positive: Harry Styles remains unscathed. Maybe we can have nice things.)

Among the posts, there were also messages from people who had different accounts of Corden and found these hard to believe.

"My husband has worked with [Corden] a couple of times... He said James was just the most congenial, happy-go-lucky [person], cracking jokes from the moment he came on, knows how to make fun of himself and puts the people around him at ease."

What has James Corden said?

Corden has not responded to criticism of his nomination, nor addressed the more recent rumours about his behaviour.

However, he has spoken about how proud he is of his role in the Netflix film - especially of scenes in which his character discusses falling out with his family as a teenager after coming out as gay.

"I get emotional when I think about those scenes about his family, if I’m honest," Corden told Metro.

"They are important scenes which move the story and character forward. [As an actor] you spend quite a long time, just personally, feeling like you might be able to have a bit more to give.

In January 2020, Corden admitted he began to "behave like a brat" and let fame get to his head earlier in his career - especially in 2008, when the British press and public blasted him for complaining about Gavin & Stacey's BAFTA nominations.

"I started to behave like a brat that I just don't think I am," he told the New Yorker.

"It's so intoxicating, that first flush of fame. And I think it’s even more intoxicating if you're not bred for it."

This article was originally published on October 29, 2020 and has been updated.

Reply
Upvote
Why are we becoming so judgemental of others?
I was always told "He that is without sin among you, let him first cast a stone".
k_mcphee, cat, gu3st - are you so perfect?
Would you like it if everyone condemned your faults on social media?
G
gu3st 2 years ago

Reply
Upvote
2 upvotes
@elleb You seem to have created an account solely for this comment, I'm not sure that I'm talking to a real person or a PR service and undoubtedly won't have this read or commented upon, but:
You can make of such behaviour what you may, but I do judge people who are mean to hospitality workers. It's an abuse of power that I find very telling.
Why do you require me to be nice about someone who hasn't been nice?
R
rush 2 years ago

Reply
Upvote
2 upvotes
@gu3st right, surely basic courtesy towards others is a pretty simple thing to expect - from anyone.
M
missnellebelle 2 years ago

Reply
Upvote
1 upvotes
Bring back Craig Ferguson. He was gold! And we aren’t in the longest war of all time...
M
maddy 2 years ago

Reply
Upvote
@missnellebelle  Oh I loved watching Craig Ferguson's talk show! I was so sad when it ended ☹️
D
dee 2 years ago