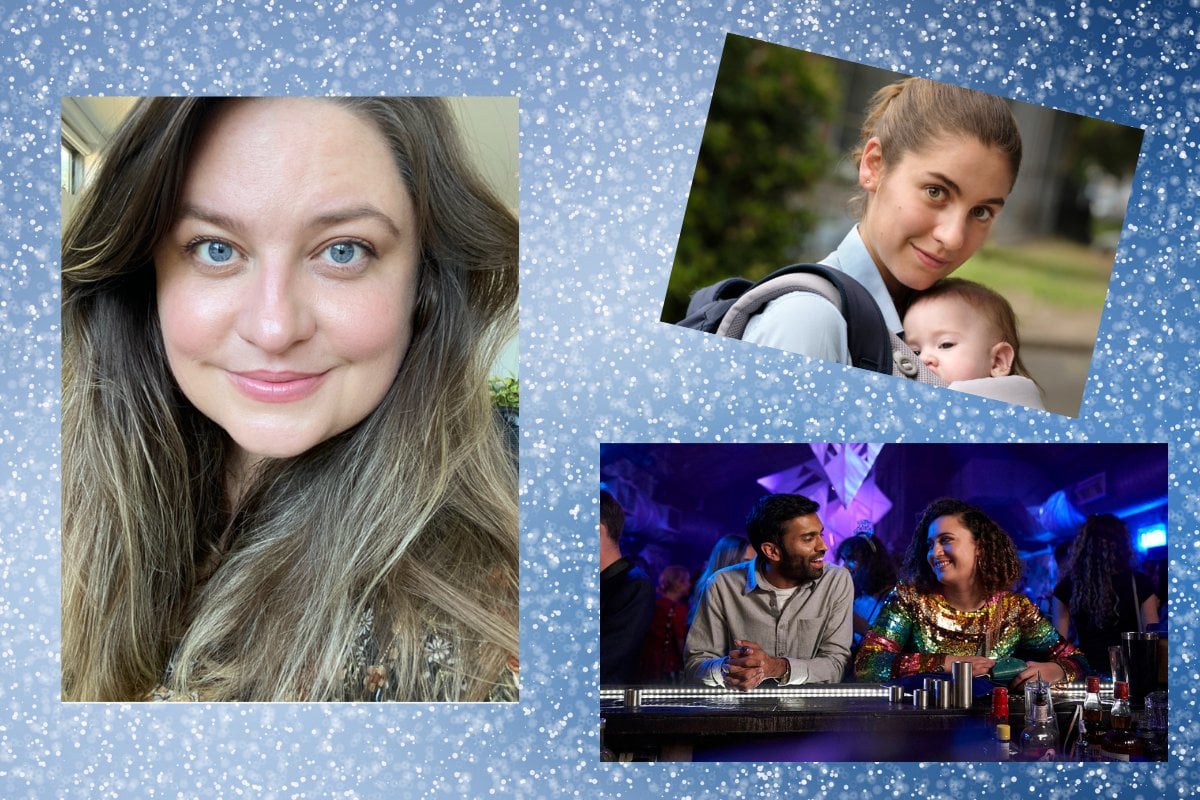 And in turn, it's been a bloody great year for me, a pop culture editor who watches all the new TV shows so I can tell you whether they're worth watching or not.

This year gave us the brilliance that was Mare of Easttown, the unexpected hit that was Only Murders In The Building, and three Australian series you need to watch immediately if you haven't already. 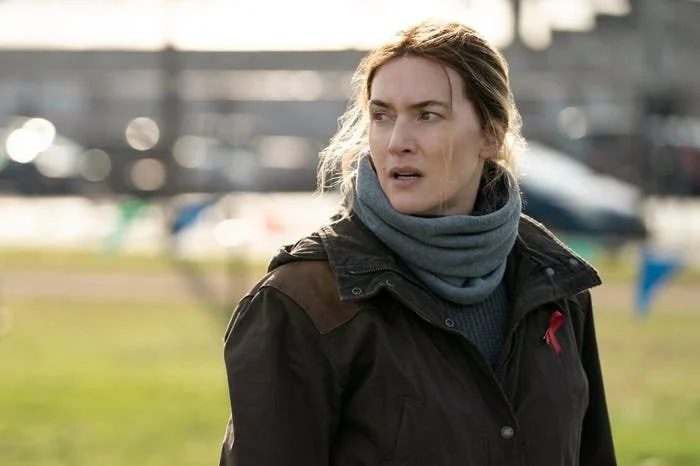 I think about Mare of Easttown and its brilliant twist at least once a week.

Although the mini-series only came out earlier this year, it quickly became one of my favourite shows of all time.

There's two reasons for this:

1. In just six episodes, the writers created a TV universe that I fell in love with. Although it was bleak, the people and the stories of Easttown were so compelling, I never wanted to leave.

2. The twist was a stroke of genius. It WENT there.

In case you missed it, the series follows the story of Mare Sheehan (Kate Winslet), a detective in the fictional American town of Easttown, where everyone is a bit down on their luck.

Mare is a divorced single mum, who is raising her young grandson after her son ended his own life. Her mum Helen (Jean Smart) is also living with her.

While trying to keep her life together, she is tasked with investigating the murder of a local teen mum. And everyone in town is a suspect.

What I loved about the series was how it combined a brilliant mystery, an amazing cast, a few well-placed laughs, and a study of the human condition into one show.

You can watch the first season of Mare of Easttown on Binge now.

Only Murders In The Building 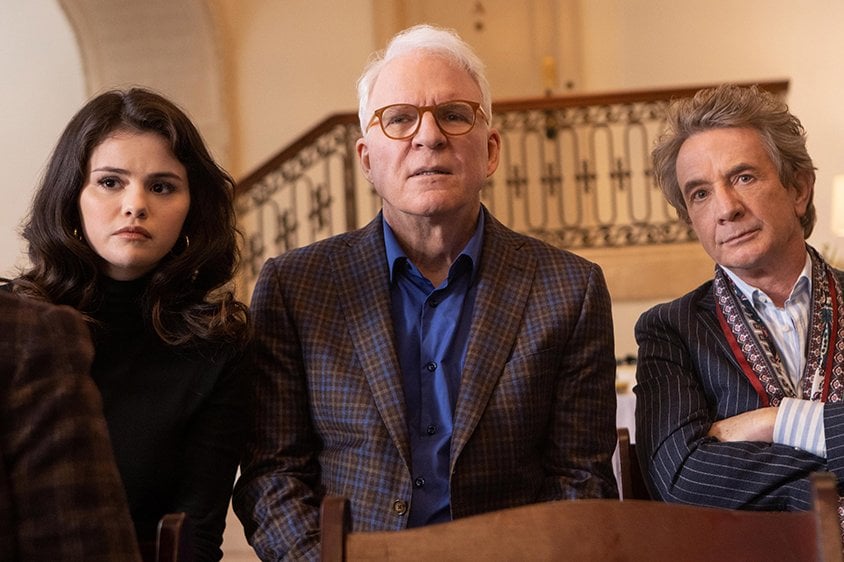 Only Murders In The Building is the most unexpected TV hit of 2021.

The 10-part series follows three New Yorkers living in a posh apartment building called the Arconia, who come together to make a podcast when another resident dies under suspicious circumstances.

There's Charles-Haden Savage (Steve Martin), a former actor who was once very famous for playing a detective in a police procedural series. Charles-Haden now lives alone and makes himself sad little omelettes each night.

Then there's Oliver Putnam (Martin Short), a struggling Broadway director who has had a bunch of flops and is struggling to pay his bills.

And finally, there's Mabel Mora (Selena Gomez), a mysterious young woman who lives in a massive apartment in the building and claims she's renovating it for her wealthy aunt.

When Tim Kono, a resident in the building who seems to have rubbed everyone the wrong way, dies in an apparent suicide, Charles-Haden, Oliver, and Mabel decide there must be more to the story.

So they start their own investigation, and a podcast which they call Only Murders In The Building. And everyone in the building is immediately a suspect including... Sting, who is one of the residents.

It's part murder-mystery, part-comedy, part study of the human condition.

The first season of Only Murders In The Building is streaming on Disney Plus. 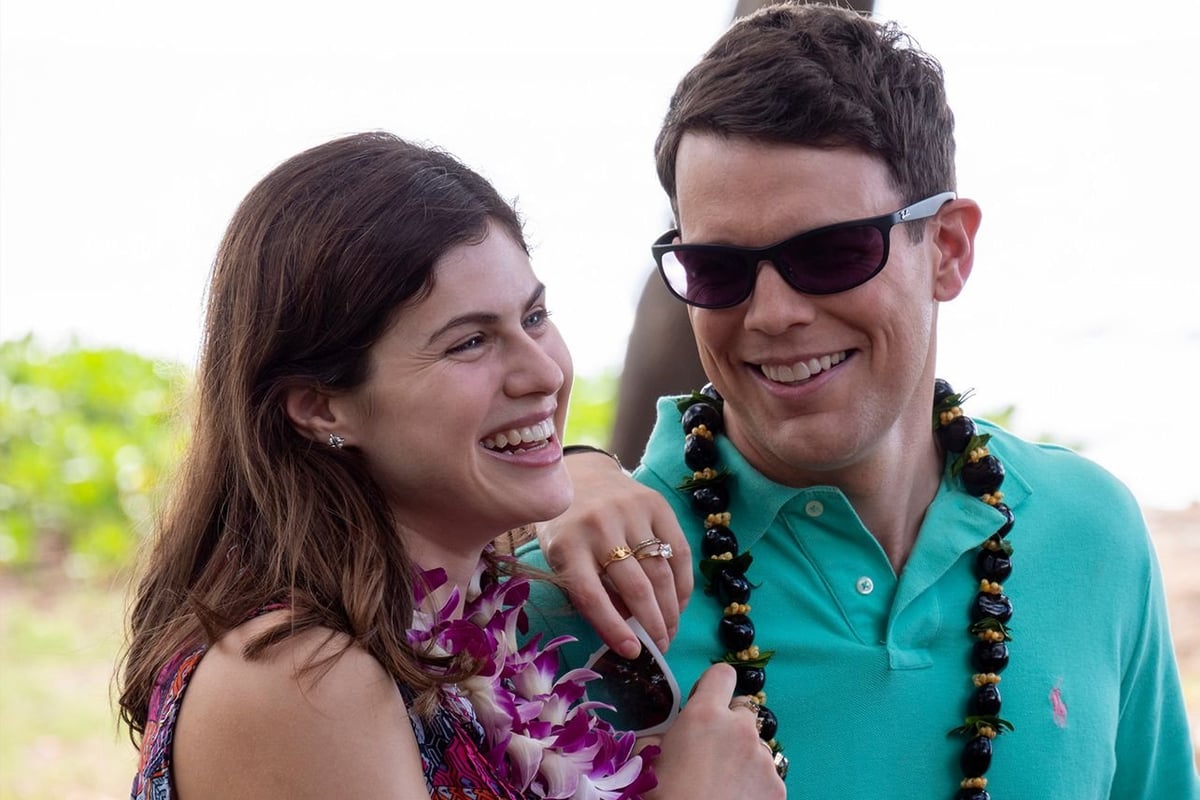 And that's exactly what The White Lotus is about. It's a dark comedy, with a pinch of murder, that sends up mostly white, rich, privileged people and how they view their place in the world.

The cast is phenomenal and includes Jennifer Coolidge at her best, Connie Britton, Steve Zahn and Australia's very own Murray Bartlett.

Did I mention there's a wee bit of murder?

The entire first season of The White Lotus is streaming on Binge now. 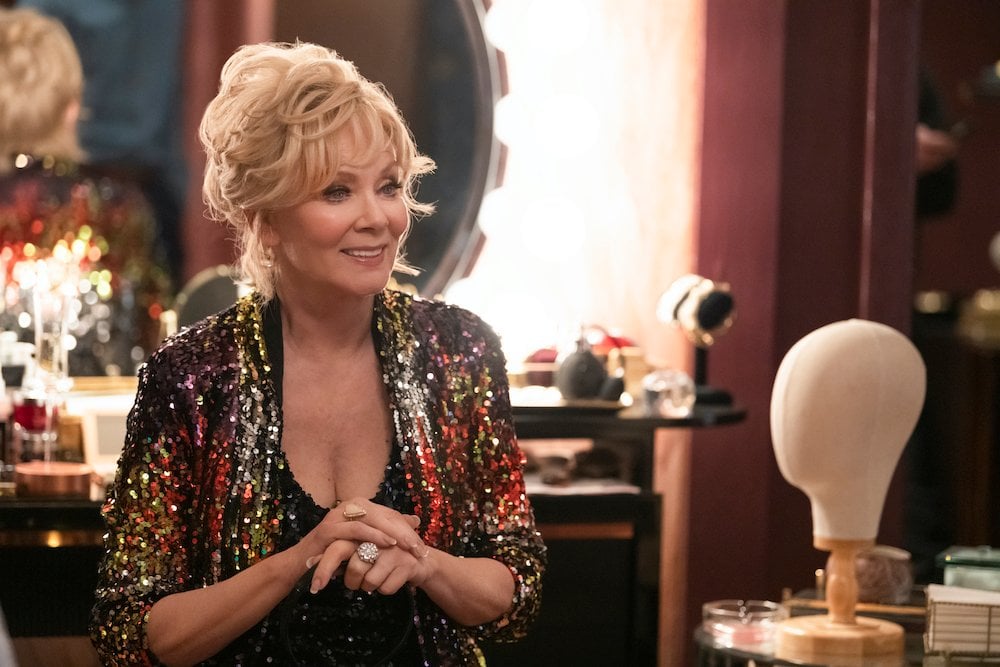 If you loved Jean Smart playing Mare's mum in Mare of Easttown, you're going to love Hacks.

Deborah has been at the top of her game for years, but when her regular Las Vegas show is in danger of being cancelled, she hires a 'woke' millennial to help write her jokes.

What follows in a story about generational differences, female friendship, and what happens after failure.

It's a brilliantly warm and funny show.

You can watch the entire first season of Hacks on Stan now. 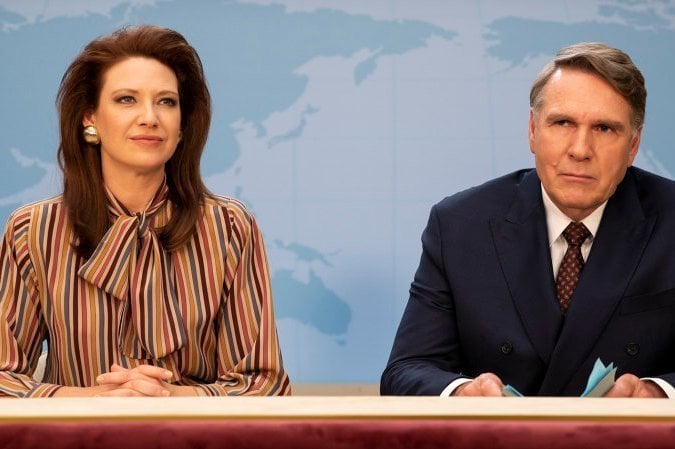 The Newsreader is the Australian TV series not enough people are watching.

The six-part series was created by Michael Lucas and it's set in a Melbourne TV newsroom in the late 1980s.

It stars Anna Torv as Helen Norville aka the newsreader, Sam Reid as her colleague and love interest Dale Jennings, Stephen Peacocke as sports presenter Rob Rickards, and William McInnes as their shouty boss.

Helen is trying to hold on to her coveted newsreader position while hooking up with her colleague and battling some personal demons. Dale Jennings is working up the courage to do a live cross, and Rob Rickards is trying to learn how to talk about anything that isn't... football.

The fashion is amazing and the team cover major stories from the period like the Challenger explosion, the Lindy Chamberlain case, and the Russell St Bombings.

It's a phenomenal series that will leave you begging for season two.

The first season of The Newsreader is streaming on ABC iview now. 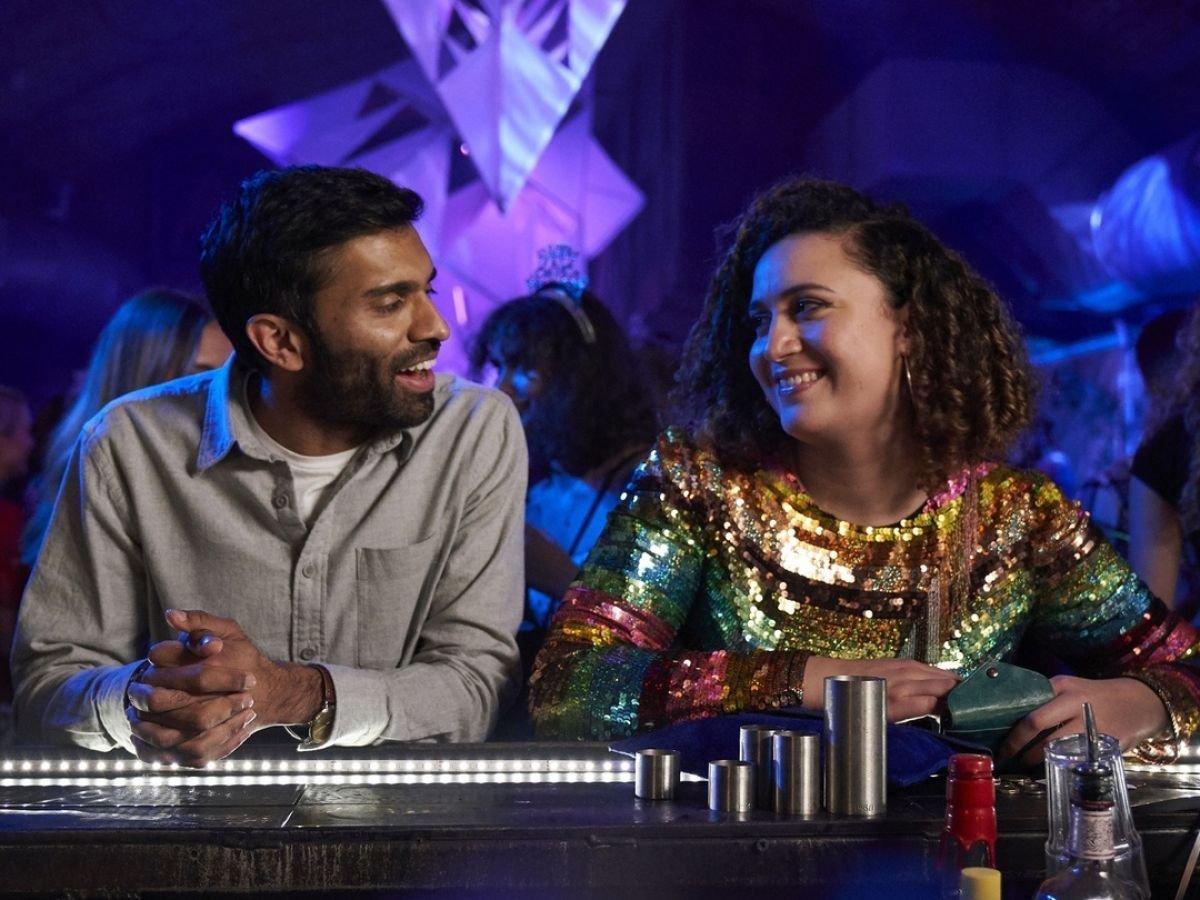 Starstruck is hands down one of the best TV shows of 2021.

The six-part series was created by New Zealand comedian and actor, Rose Matafeo.

After meeting Tom (Nikesh Patel) in the bathroom at the nightclub, Jessie goes home with him. The next morning, she realises she's accidentally slept with a massive film star. Think waking up and realising you've a little bit slept with Liam Hemsworth and said all sorts of things to him.

Each episode of the six-episode first season takes place in a different season - Winter, Spring, Summer, Autumn, Winter, Spring - as Jessie and Tom deal with the aftermath of their one-night stand and attempt to fit into each other's lives.

The first season of Starstruck is streaming on ABC iview now. 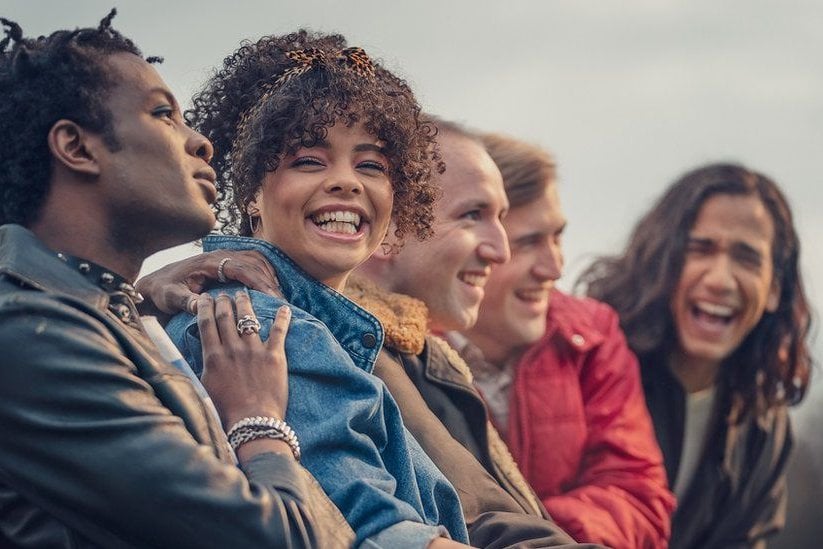 It's been almost a year since I first watched It's A Sin, but I still think about it often.

The mini-series was both one of the most heartbreaking and life-affirming TV shows I have ever watched.

It was created by critically-acclaimed screenwriter and television producer, Russell T Davies, whose previous works include Queer as Folk, and Years and Years.

Set in London in the 1980s and 1990s, the series follows a group of young friends who are discovering who they are and who they love, and living their best lives in London's vibrant gay scene, just as the AIDS crisis hits.

It's not an easy watch, but it's an important one. One of the most brilliant and beautiful series of the year, It's A Sin will make you laugh out loud in one scene, and break your heart in the next.

It's A Sin is streaming on Stan now. 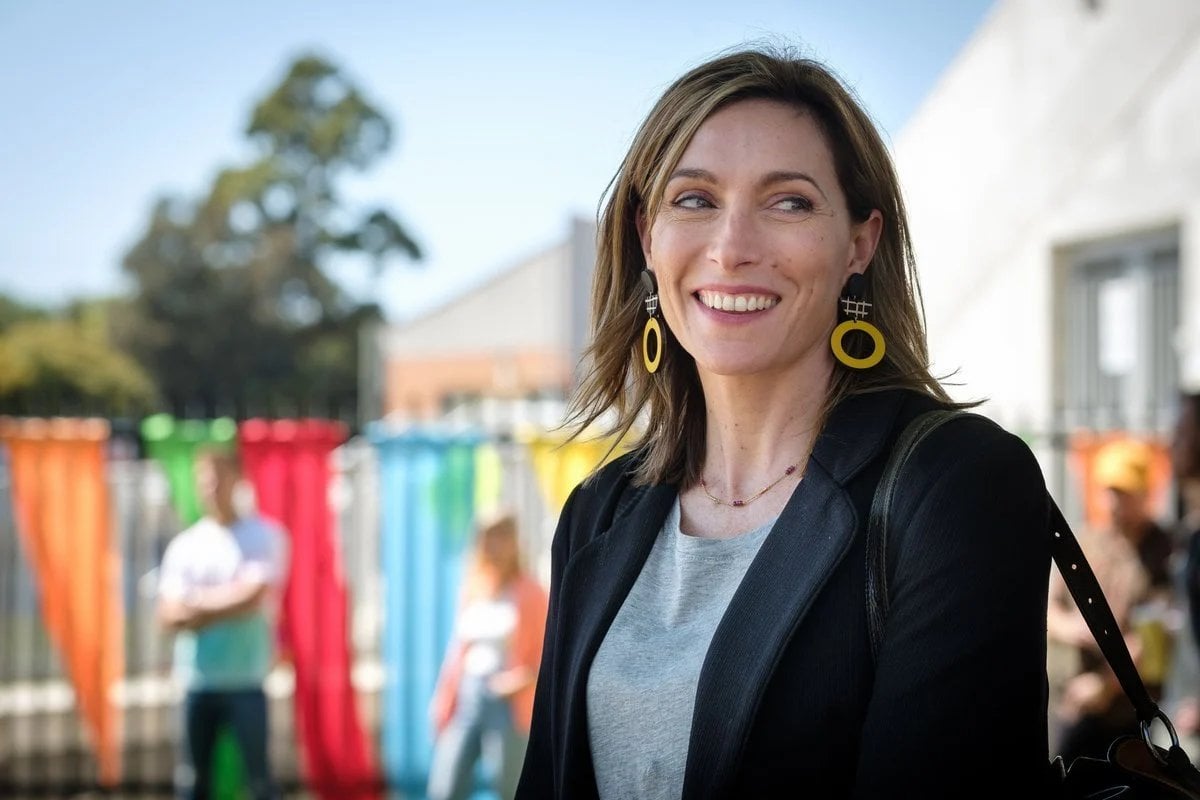 Bump made me fall in love with Australian TV all over again.

The Stan Original Series follows the story of Olympia 'Oly' Chalmers (Nathalie Morris), a high-achieving 16-year-old who has her entire life mapped out in front of her when she suddenly has a surprise baby.

Bump is a series about embracing the unexpected, and learning to love the messy, unplanned parts of your life.

The first season of Bump is streaming on Stan now, and the second season drops onto the streaming service on Boxing Day. 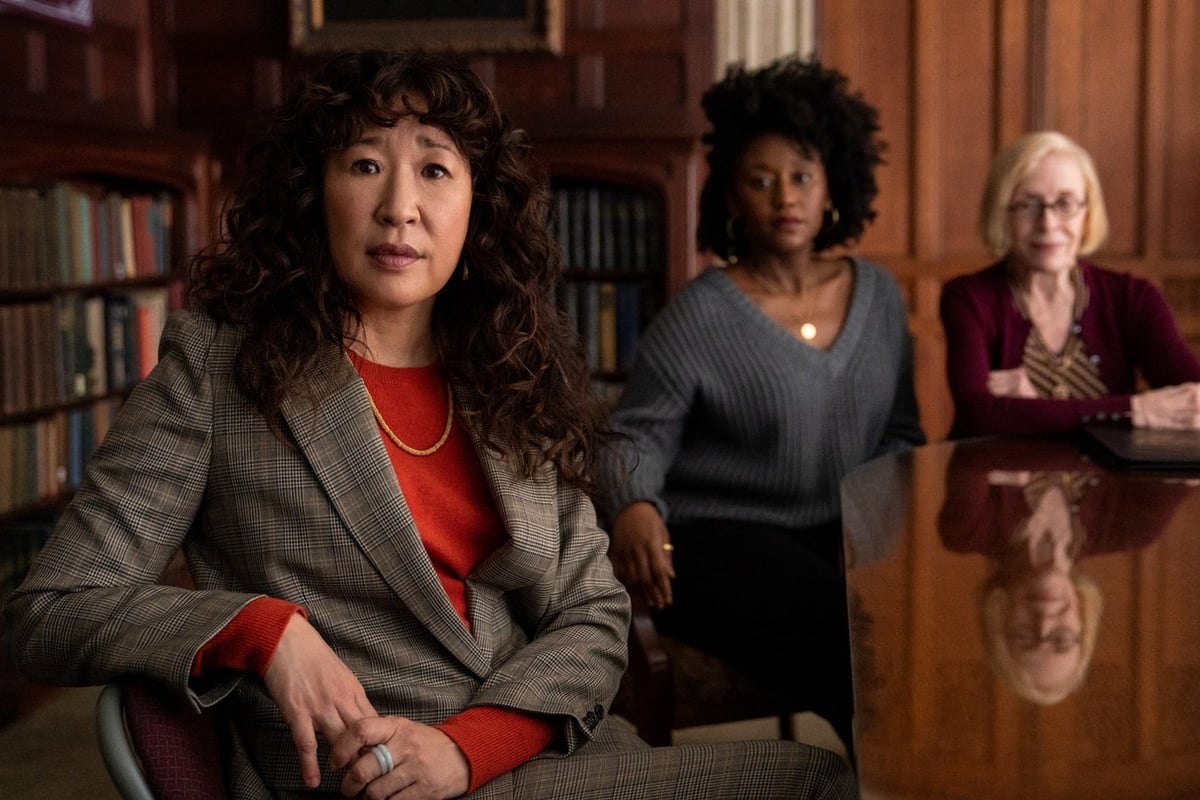 In the opening scene of Netflix's The Chair, Sandra Oh's character Dr Ji-Yoon Kim walks into her new office.

The first season of The Chair is streaming on Netflix now. 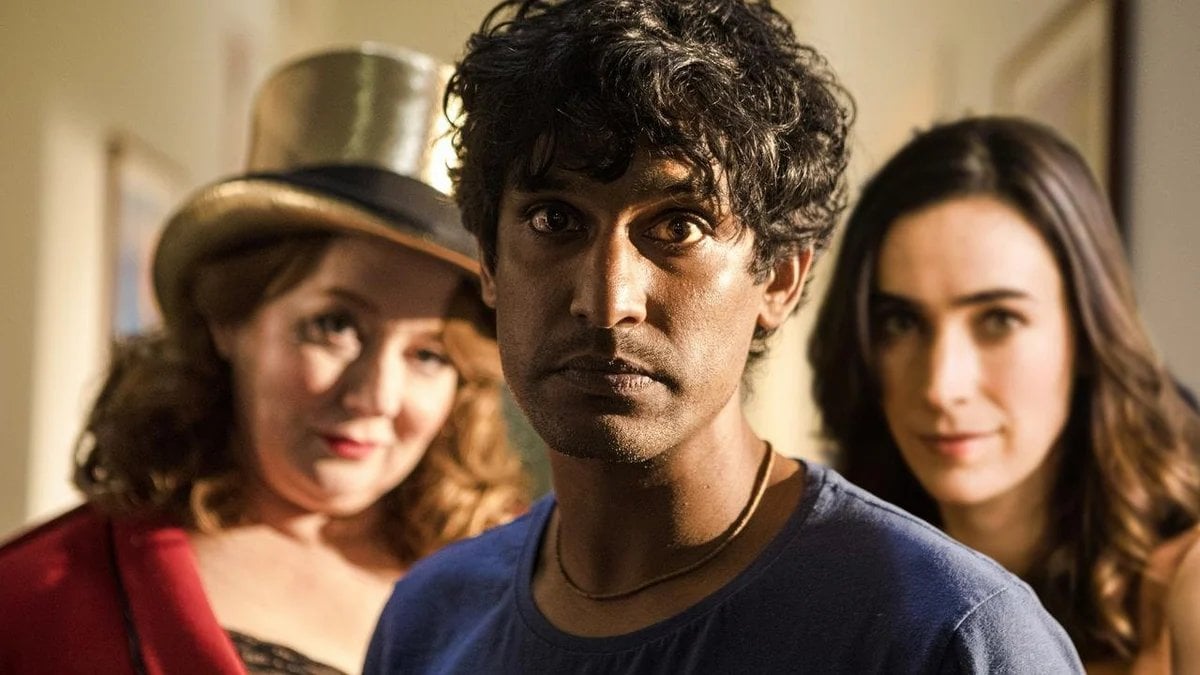 In the opening minutes of Wakefield, Dan Wyllie's character James is dressed in a crisp business shirt, a tie, and a blazer.

He's speaking to his colleagues over Zoom, throwing around words like 'market' and 'bounce' and 'equity'. He appears to be a high-functioning businessman about to close on a multi-million dollar deal.

It's only moments later we find out James is actually wearing his pyjama pants, he's making the deal from the common room of a psychiatric ward, and he's one of the patients.

This scene encapsulates the show's running theme and its tagline - there's a fine line between sanity and madness.

James could be any of us, and under the right circumstances (or wrong circumstances), any of us could find ourselves in James' shoes.

Wakefield is at once a riveting psychological thriller, a study of the human condition, and a light Aussie comedy.