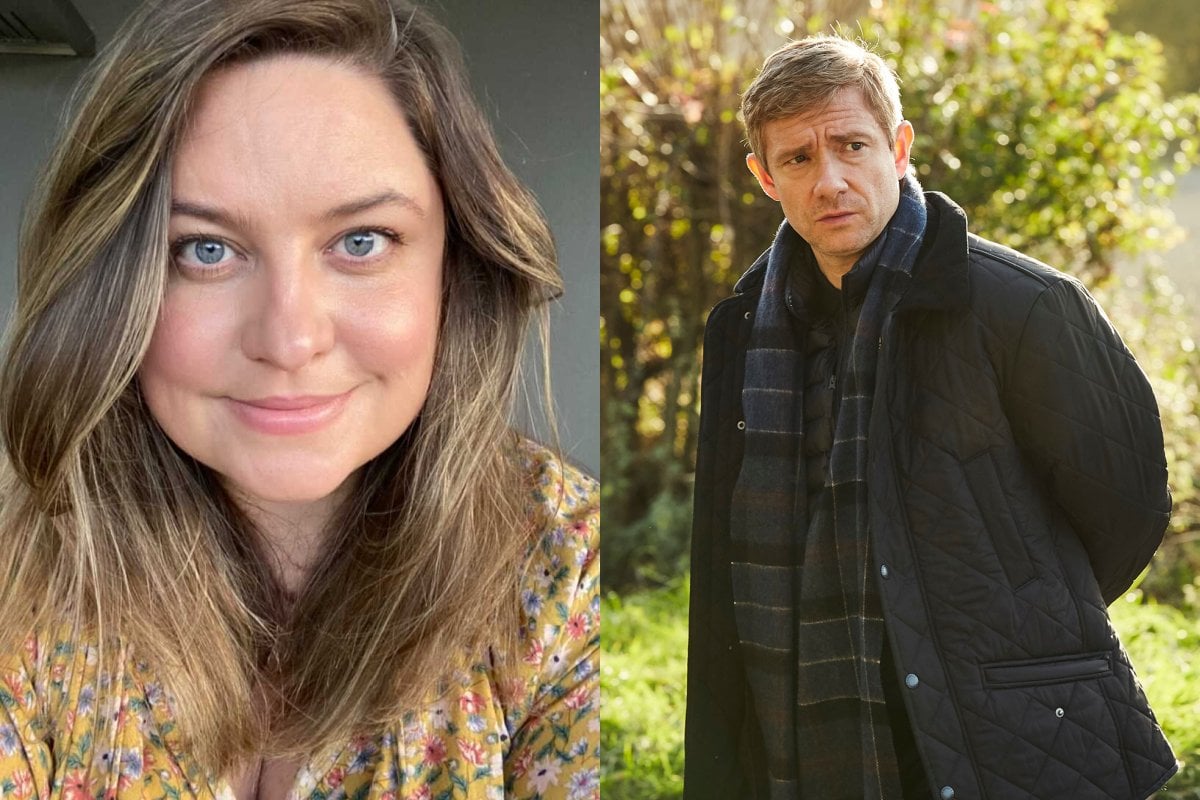 You're in a small town full of secrets. Everyone is hiding something.

The weather is always terrible.

Someone has disappeared, and it's definitely linked to someone else's disappearance from 20 years earlier. Or perhaps someone has been found dead and their killer is the most unlikely of suspects.

There's a woman in charge that everyone calls ma'am.

There's a lot of tea involved.

Sometimes you can't understand the accents but that's okay because the scenery is really green and there always seems to be big bodies of water.

But really, you're just on your couch binge-watching another UK crime thriller series. And who can blame you, they're bloody excellent.

As someone who watches a lot of TV for her job, and can't get enough of dirty little thrillers featuring great accents, I've perfected the art of scouring the streaming services for UK thrillers I haven't seen yet.

So, to get you through lockdown or even just a long winter, here are 12 UK (and Irish!) crime thrillers you haven't watched yet: 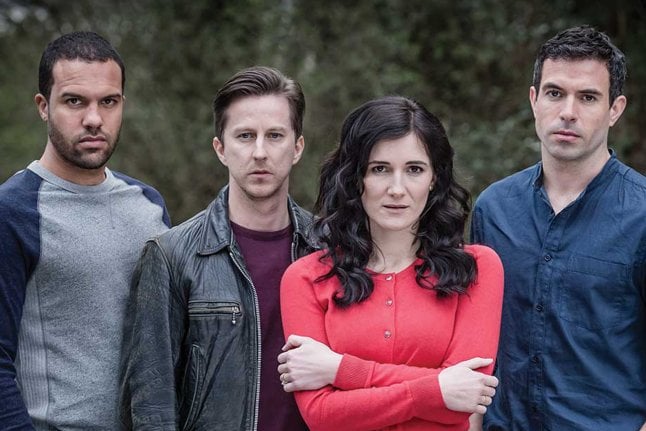 I came across The Five on ABC iview last weekend and watched the whole thing in one day.

It's an adaption of a Harlan Coben novel so you know it's going to packed full of twists and turns.

The 10-part series follows the story of childhood friends Mark, Danny, Slade, and Pru who were the last people to see Mark's younger brother, Jesse, before he disappeared 20 years earlier.

The four friends are reunited when DNA from a crime scene turns out to be Jesse's, leading them to question everything they thought they knew about the day he disappeared.

A hell of a lot goes on in this series, but it all falls into place in the final episode.

Watch it if you like: Mysterious disappearances, catching up with your childhood pals, anything from Harlan Coben, and unrequited love.

The Five is streaming on ABC iview now. 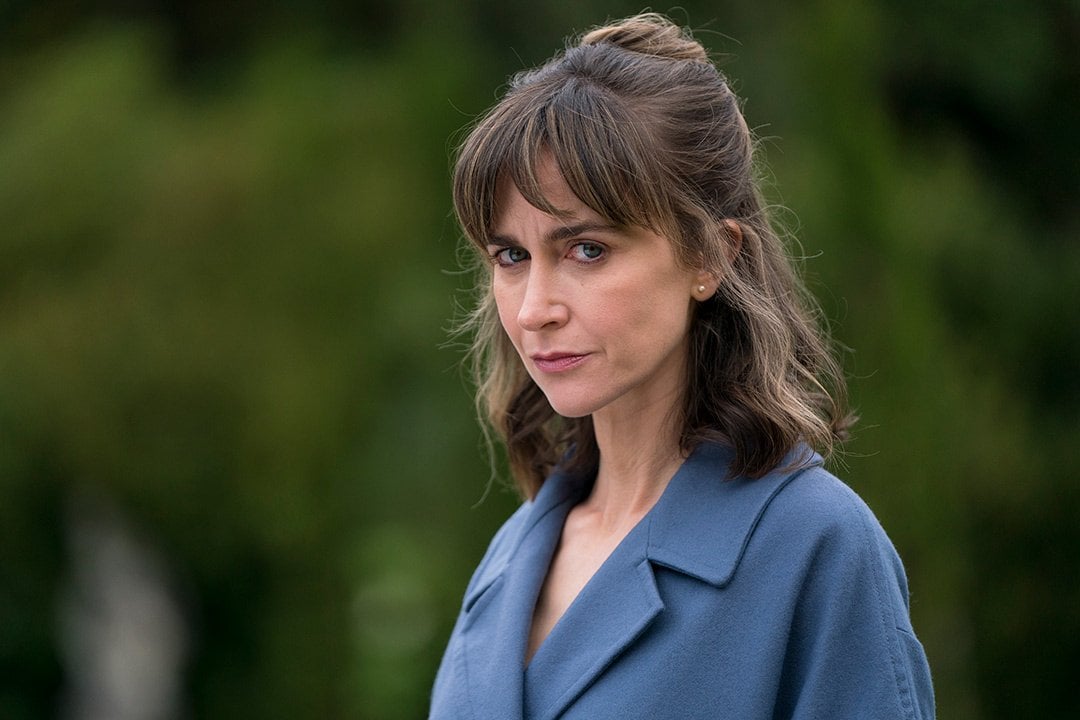 Innocent is a British anthology series, and each season follows the story of someone who was convicted of murder and eventually exonerated.

The first season follows the story of David Collins (Lee Ingleby), who was convicted of killing his wife Tara.

After he is eventually released on a technicality, the police and David attempt to find out who actually killed Tara.

The second season follows the story of school teacher Sally Wright (Katherine Kelly) who is convicted of killing a 16-year-old schoolboy who she allegedly had a sexual relationship with.

Five years later, when CCTV puts Sally in a different location when the murder occurred, she is released from prison.

But the local community doesn't want her back and several people are hiding secrets that could lead to the boy's real killer.

Watch it if you like: True crime docos and podcasts, TV series that are wrapped up nicely in one season, and small towns full of secrets. 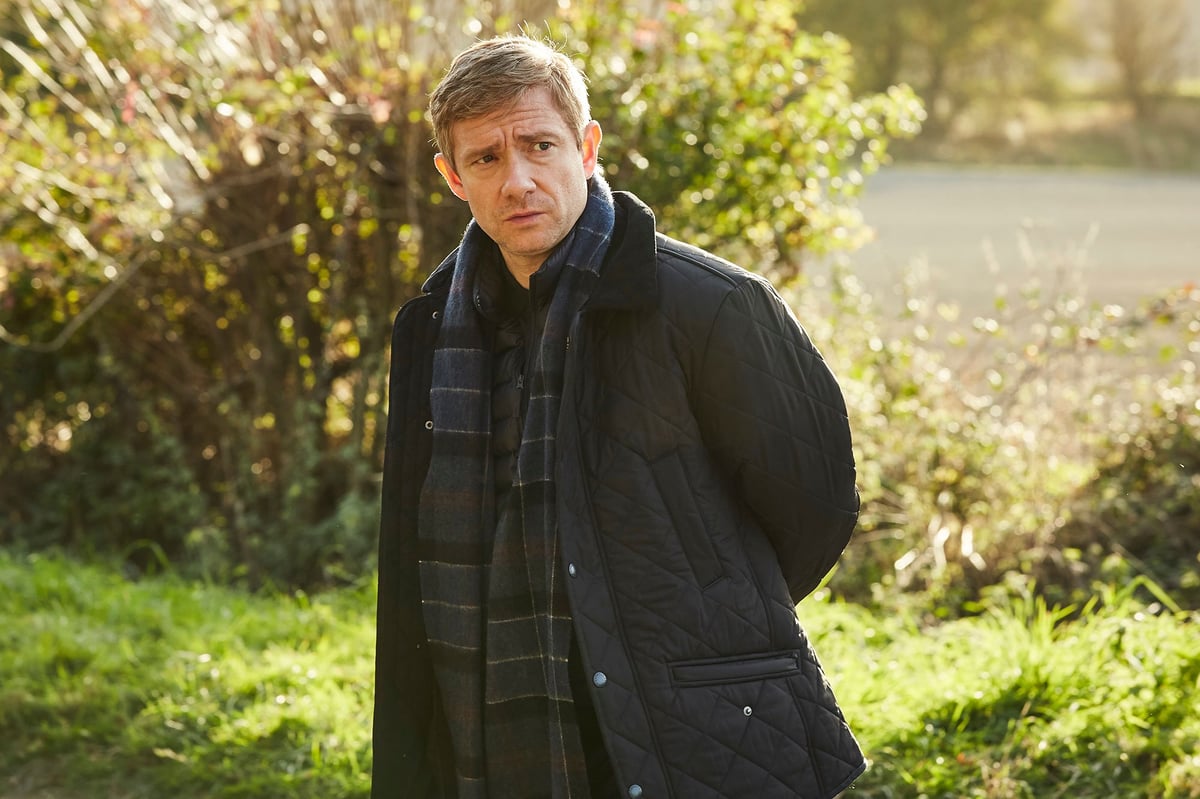 A Confession tells the story behind one of Britain's most notorious true crimes.

The mini-series stars Martin Freeman as Detective Steve Fulcher, whose hunt for missing 22-year-old Sian O’Callaghan led him to extracting a confession from the killer.

However, the confession came at an enormous cost to the case and also Fulcher's career.

Watch if you like: True crime stories, Martin Freeman, learning about the stories behind the headlines, and Des.

A Confession is streaming on Britbox now. They currently have a 30-day free trial. 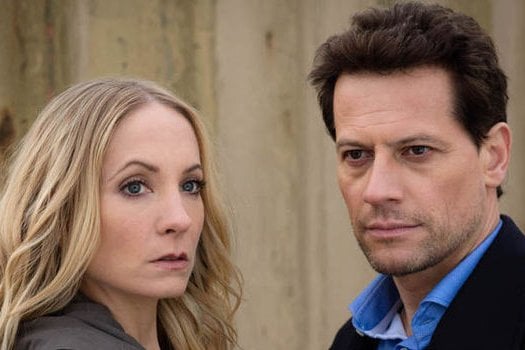 Liar is streaming on Stan now. 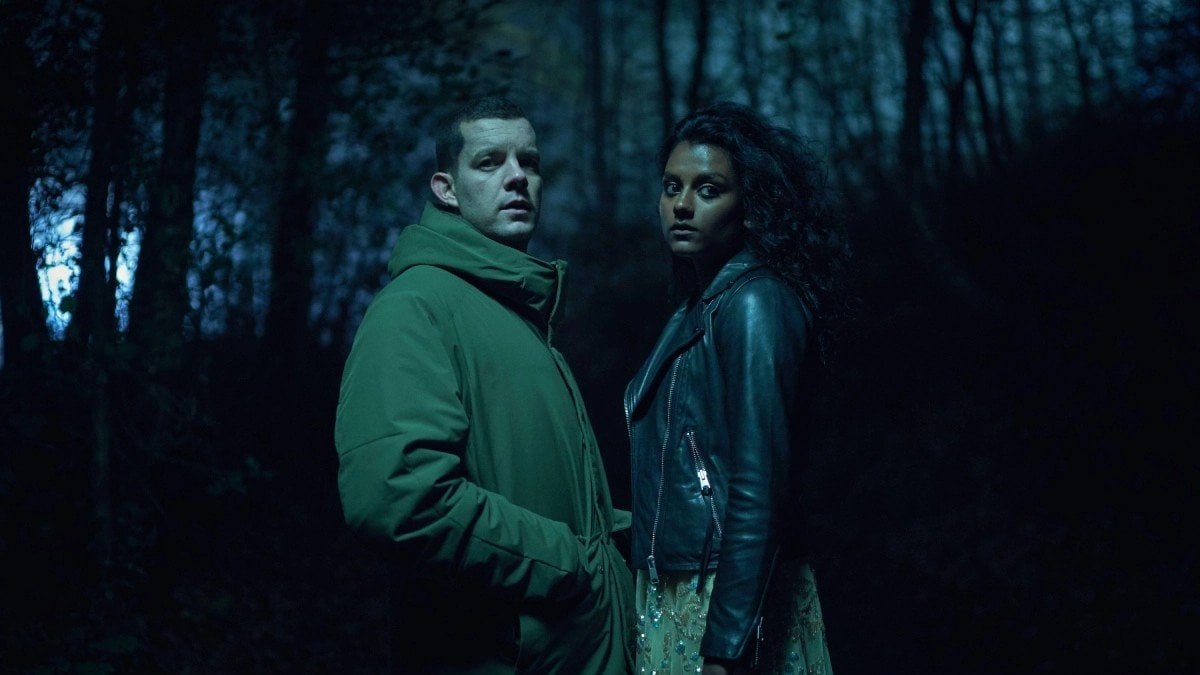 If you like your murder mysteries with a side of the supernatural, then SBS on Demand's four-part series The Sister is for you.

The series stars Russell Tovey as Nathan, a devoted husband who is rocked to his core when Bob, a man from his past, turns up on his doorstep and threatens to expose his darkest secret.

There are plenty of twists and turns in this dark thriller.

Watch it if you like: Parties, double lives, anything Russell Tovey is in, and murder mysteries with a touch of the supernatural.

The Sister is streaming on SBS on Demand now. 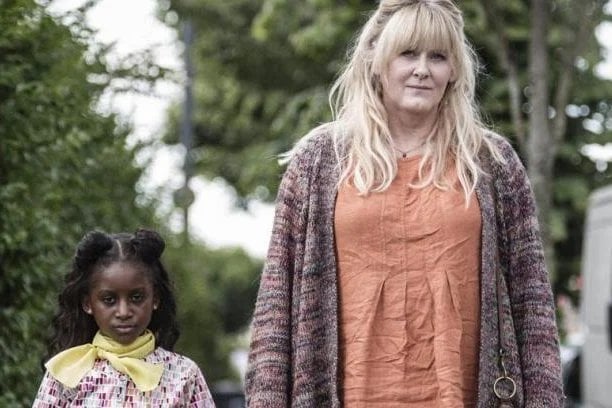 The series is set in Bristol and it centres around the abduction of Kiri Akindele (Felicia Mukasa), a nine-year-old girl. Kiri lives with her middle-class, white foster parents Jim and Alice Warner (Steven Mackintosh and Lia Williams) and their teenage son Si (Finn Bennett).

During an unsupervised visit to her biological grandparents, Kiri goes missing.

And soon everyone is a suspect.

Watch it if you like: Anything Sarah Lancashire is in, family secrets, storylines that feel like they're ripped from the headlines, and... sausages.

Kiri is streaming on Stan now. 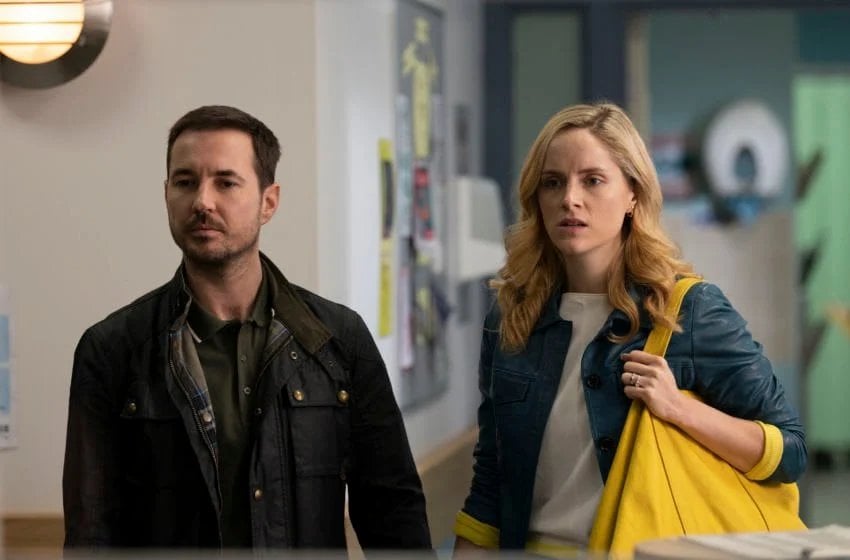 The Nest is a five-part series set in Glasgow. It centres around Emily (Sophie Rundle) and Dan (Martin Compston), a wealthy married couple who aren't able to conceive a child.

But Kaya has a dark past and soon questions are raised about who the baby really belongs to.

Watch if it you like: A handsome fella from a certain bent copper show, beautiful houses beside majestic lakes, and plot twists with a side of redemption.

The Nest is streaming on Stan now. 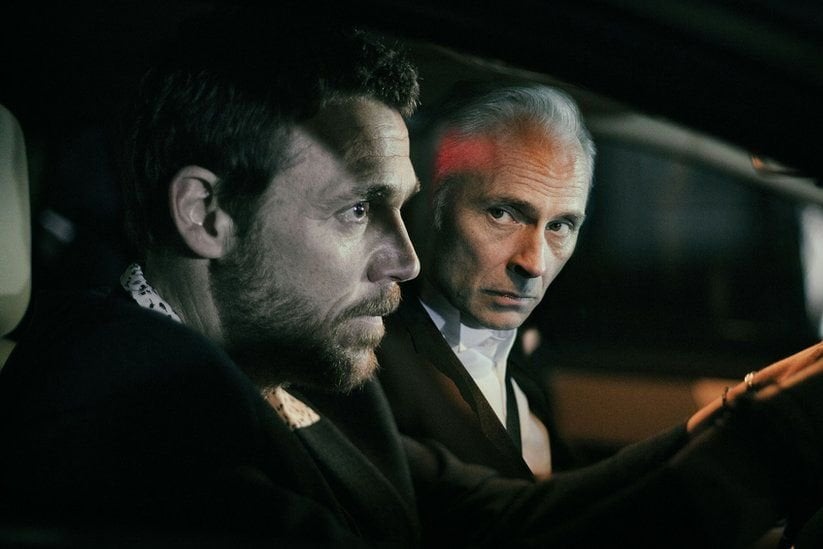 This four-part mini-series is set in Edinburgh. It follows two brothers, Max (Mark Bonnar) and Jake McCall (Jamie Sives), who accidentally run over and kill an old man while driving home from a party.

Their lives begin to unravel when neighbours and relatives of the dead man begin to have doubts about the way he died.

Watch it if you like: Weekend At Bernies, your murder mysteries with a side of lols, and nosy neighbours.

Guilt is streaming on SBS on Demand now. 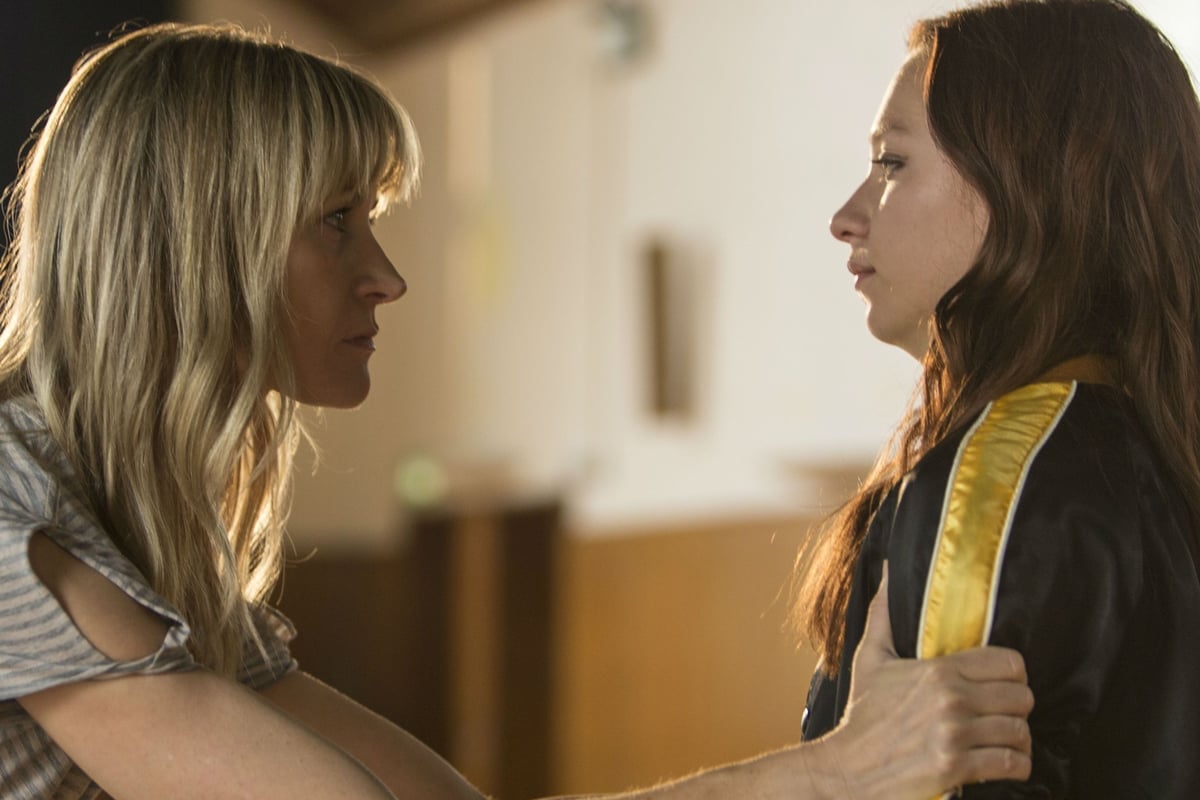 Cheat is one of those gloriously twisty British mini-series you can binge in one afternoon.

The series centres around a university professor named Leah who accuses her student Rose of cheating on an essay.

But Rose is not going to take accusation lying down and the escalation between the pair soon results in a death.

Watch it if you like: Serious British people doing terrible things to each other, short-term commitments, plenty of plot twists and ivy-clad colleges.

Cheat is streaming on Stan now. 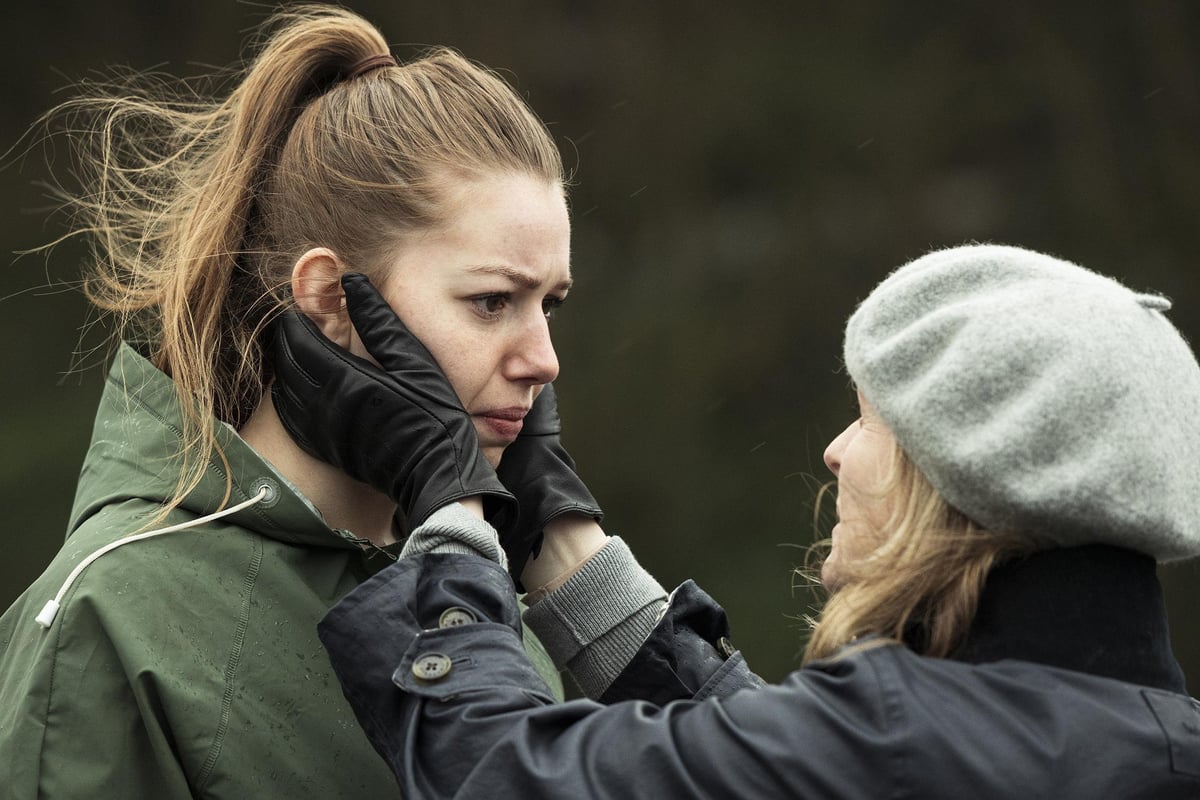 Watch it if you like: Family dramas with a spot of murder, truckloads of secrets, big parties, and Irish accents. 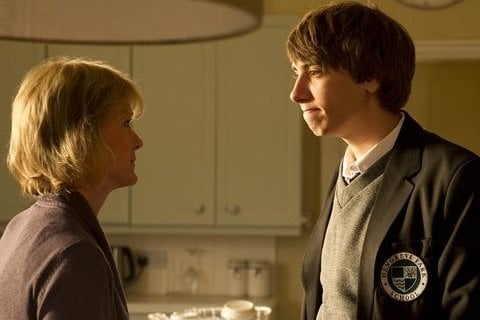 Rosie (Hermione Norris), who has just blended her family with that of her new spouse, Ben (Martin Clunes), begins to suspect that her son Jamie may have had something to do with the murder.

Rosie's quest to find the truth soon puts her relationship with Jamie and her new family on the line.

Watch it if you like: short-term commitments, sleepy towns, plenty of twists and turns, and shock endings.

A Mother's Son is streaming on Britbox now. 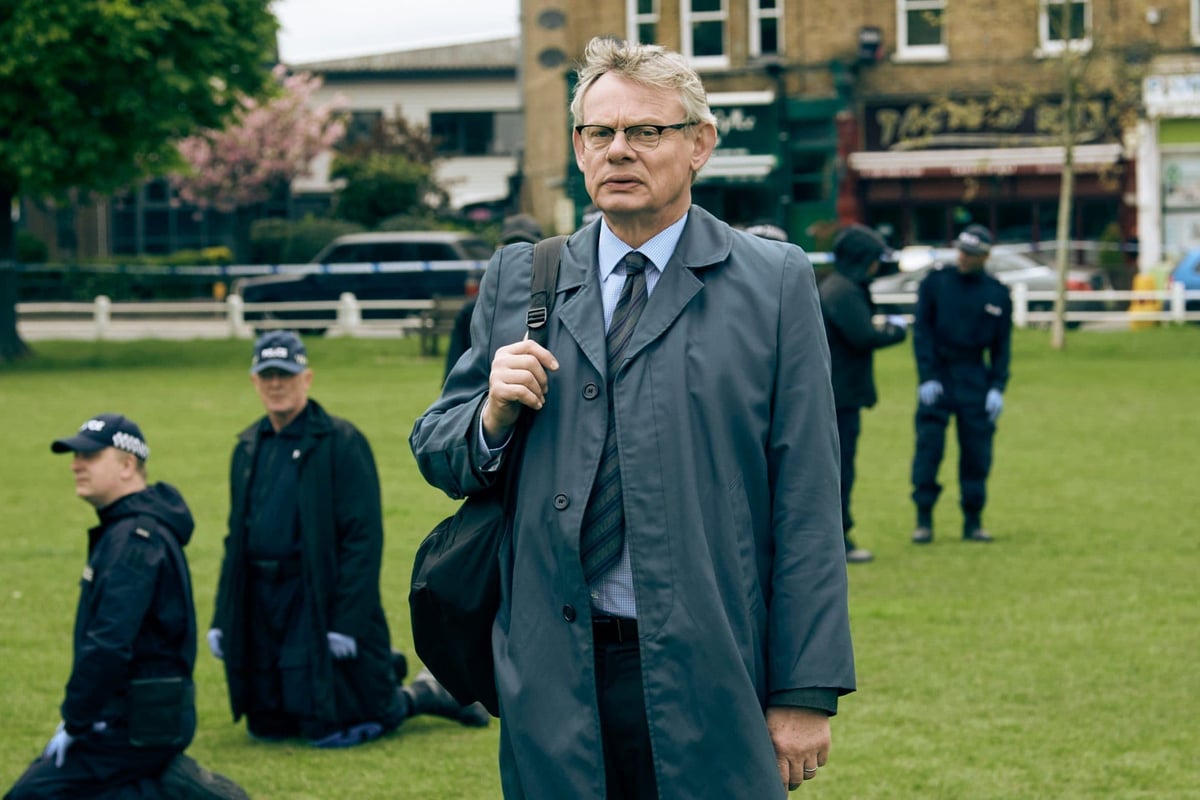 Manhunt is another British series based on a notorious true crime.

The three-part series is based on the true story surrounding the investigation into the death of French student Amélie Delagrange.

On the evening of August 19, 2004, 22-year-old Delagrange is attacked on Twickenham Green, in the south-west of Greater London. She later dies in hospital from serious head injuries.

Watch it if you like: Martin Clunes, true crime podcasts, and seeing how murder investigations work behind the scenes.

melc74 a month ago

Reply
Upvote
Thank you for this amazing list! I'm in desperate need of some crime shots so this is perfection!