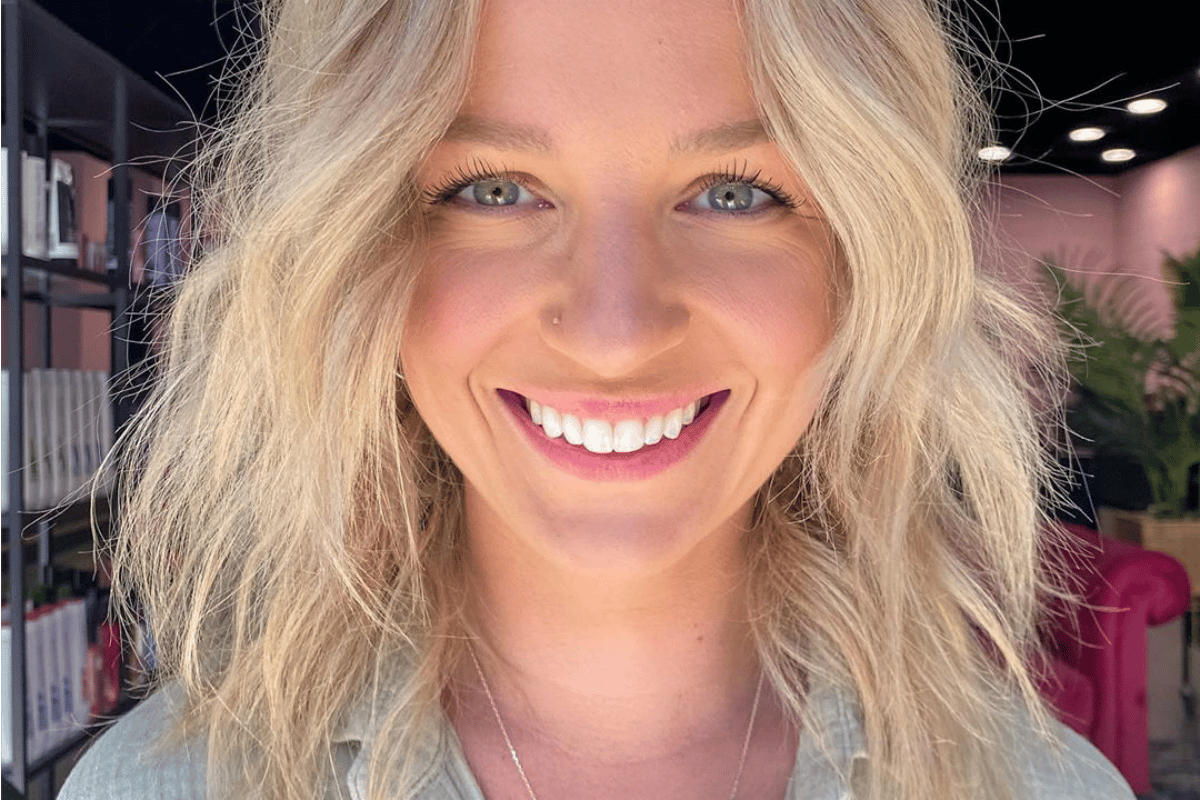 The Bachelorette has officially kicked off.

Yep, Elly and Becky Miles are here to make us forget about the time Locky Gilbert told TWO different women he loved them on national TV.

On Wednesday night, we'll finally got to meet the 20 lucky men vying for the sister's hearts.

But while we watched Elly date Matt Angew last season of The Bachelor, not much is known about Becky's past relationships.

In fact, she's kept things pretty private to the point where you won't even find a photo of an ex on her Instagram (trust us we tried).

Watch the trailer for the new season of The Bachelorette. Post continues below.

What we do know is that she went on the show looking for someone special, having recently ended things with a guy she was seeing.

"I'm on this journey to find someone who will go that extra mile, to have fun with, and be my best friend," she said.

"I'm so blessed to share this journey with my sister, and I am hopeful that we find our people together."

And it turns out they do.

In an interview with Mamamia, Elly and Becky confirmed they'd both ended the show in relationships, but weren't quite ready to use the L-word.

"Elly and I both chose someone at the end of this. I’m in a really happy place and excited to see where it’s going to go. We’re in real life now and I just want time to spend with my person and see where life will take us now."

But until we find out exactly who this new guy is, here's everything we know about Becky's past relationships.

The guy she was with before The Bachelorette.

Rumours have been going around for a while now that Becky broke up with a guy to go on The Bachelorette.

But earlier today, the 30-year-old finally cleared the air in an interview with The Kyle and Jackie O Show, saying she was simply "seeing someone" before going on the show.

"Were you single when they approached you? Or did you have to ditch someone?" radio host Kyle Sandilands asked.

"If I was in a relationship, I definitely wouldn't have gone on the show..." Becky responded.

After being pressed for an answer she explained, "I was single, but I was seeing someone for a short period of time there," she explained.

She went on to say that the pair ended things on "really good terms" and that she was as honest as she could be with him.

"I said to him, 'There's this opportunity that's come up with Elly for me. It's a TV thing, a dating thing. Just to be clear with you, this is what I want to do'."

The rumours first started back in August when radio host Ed Kavalee claimed he had heard from "people deep in reality TV" that Becky was dating someone until recently and ended it so she could join her sister on the show, leaving him "devastated".

"The person that she was with found out she was doing this show from the press," he said.

He claimed producers came up with the twist for the upcoming season and convinced Elly and Becky.

"So then behind the scenes [Becky] gets across the line and then goes [to her boyfriend], 'You're out.'"

But Becky later denied this version of events, telling Woman's Day that she wasn't in a relationship but was "casually dating somebody" before filming started.

"I was in a relationship last year – I fell in love with this guy two months before I was leaving for a holiday. He flew over and came to see us at the end of our travels and we spent about a month together," she told the publication.

"But when we came home, a month or two afterwards I found out through friends he was mucking around on me."

Listen to The Spill, Mamamia's daily entertainment podcast. In this episode, Laura Brodnik and Kee Reece chat to Elly and Becky Miles to find out all the juicy details about The Bachelorette. Post continues below.

According to tea-spilling podcast, So Dramatic! Becky was previously cheated on by an ex partner, which later gets brought up on the show.

"I am told that the guys were pretty understanding about it to start off with. They felt bad for her, but by the end, it actually started to come between them forming a connection with her," said host Megan Pustetto.

A contestant reportedly told Megan that "Becky spoke about it openly during the show but the boys could tell that she wasn't over it and was still very hurt about what happened.

"It affected her forming connections with a lot of the guys because she has huge trust issues. She actually said to us, 'I have to go hard on you guys. It was a couple of years ago but I am still really affected by it'."

At this stage nothing has been confirmed so we'll have to wait and see if it all plays out on the show.

The Bachelorette continues Thursday at 7:30pm on Channel 10.