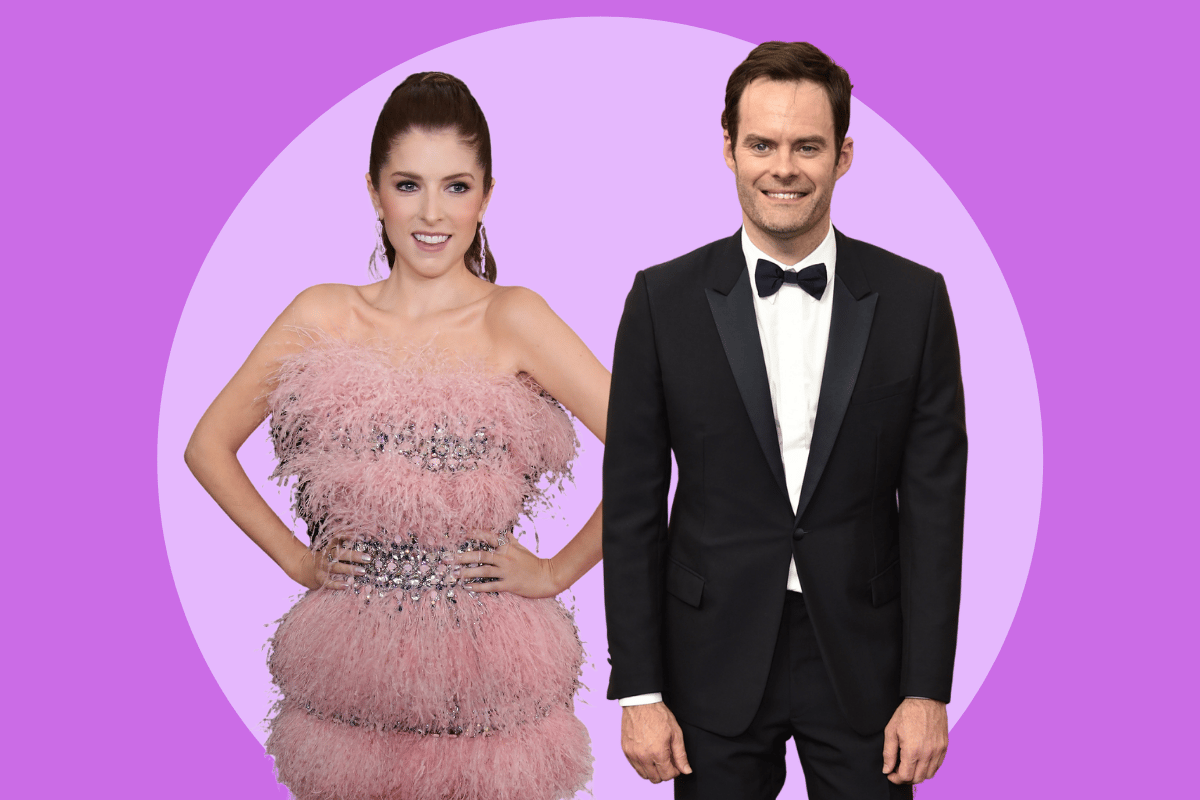 So far, 2022 has been an interesting year for celebrity couples.

And we're still only in January.

Now to add to the mix, we have a surprising new couple alert in the form of actress/singer Anna Kendrick and actor/comedian Bill Hader.

But before we dive into their newly publicised relationship, let's look back at their past relationships.

Anna Kendrick has been in the public eye for quite some time now, thanks to her breakout role in the Pitch Perfect franchise.

From 2009 to 2013, Kendrick was in a relationship with British director Edgar Wright.

The couple first met when they worked on Scott Pilgrim vs. The World. Their relationship reportedly ended due to distance, as Kendrick lives in Los Angeles and Wright lives in London. 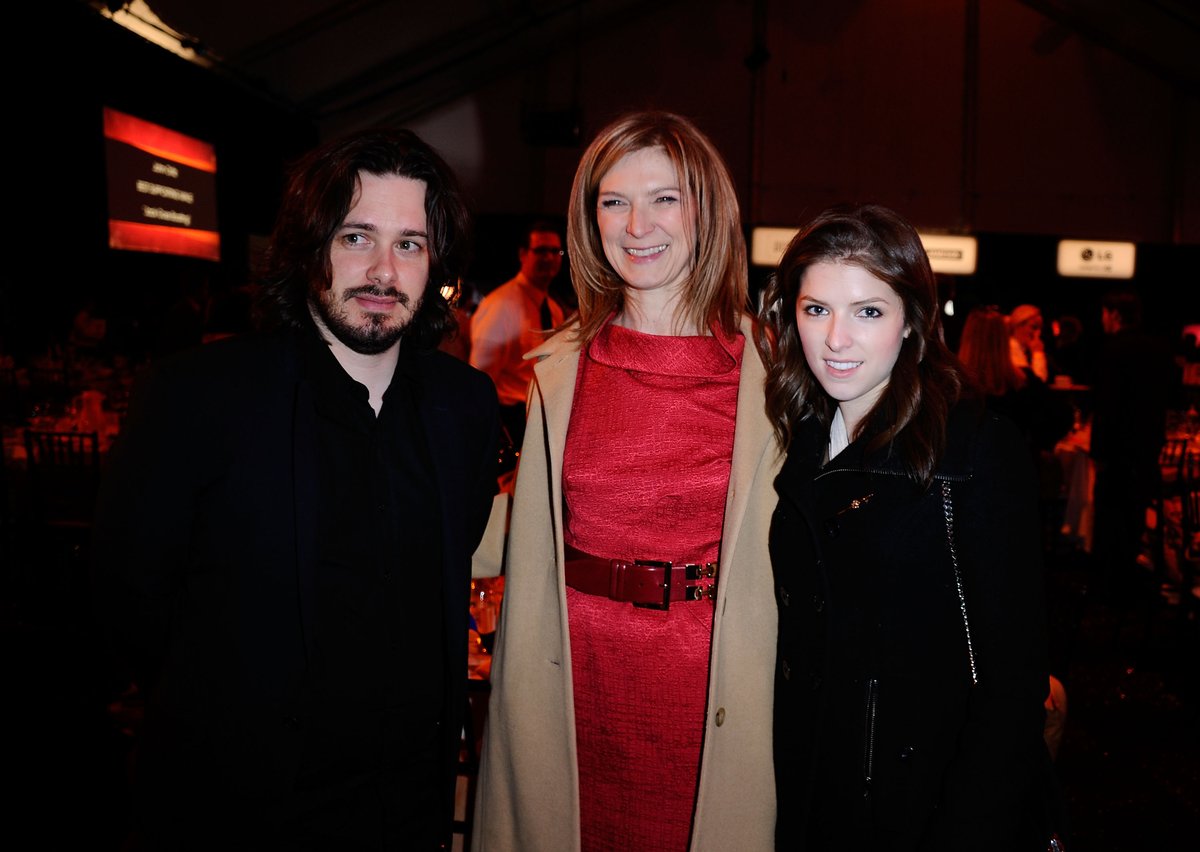 While we don’t know how they met, according to their film resumes, it could be deduced they met while working together on the set of Drinking Buddies (2013) or Happy Christmas (2014).

While together, Kendrick and Richardson did not attend any red carpet events as a couple or post on social media. Kendrick has previously shared that keeping her dating life private, other than the occasional (and inevitable) paparazzi image, is of great importance to her.

"Well, as far as keeping it private, it isn't easy, as you are proving right now," Kendrick told The Sydney Morning Herald in a recent interview when asked. "But that's just always how it's been for me." 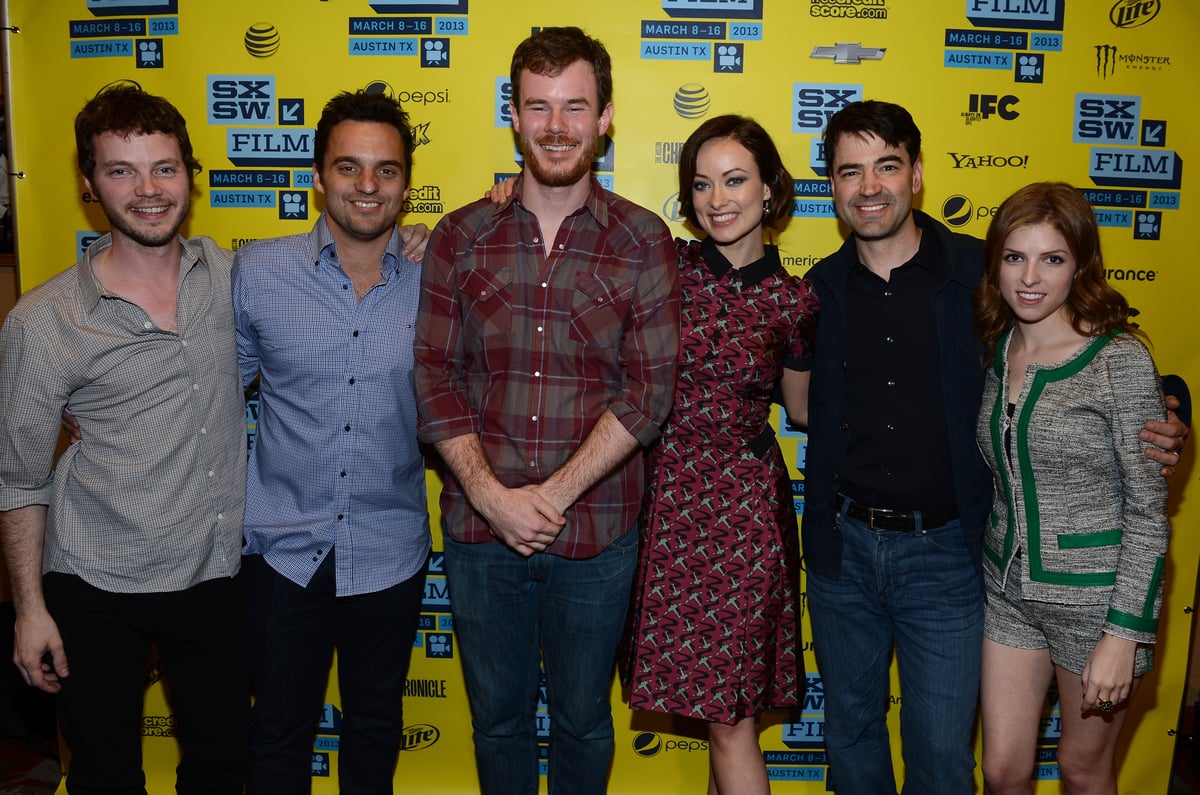 Ben Richardson on the far left, Anna Kendrick on the far right. Image: Getty. As for SNL star Bill Hader, he has been a bit more public with his previous relationships.

The actor met his ex-wife Maggie Carey, a film director, through a mutual friend. The couple tied the knot in 2006.

In a 2015 interview with Elle, Hader joked, "A crazy night for us is drinking margaritas and going to the Strand bookstore and being kind of drunk."

Hader also shared what it was like to have sex scenes on a film set, while in a committed relationship.

"I'm never asked to make out in movies. But in Trainwreck, I make out with Amy Schumer a lot. Maggie's like, 'That's cool. Our deal is if you shoot a sex scene you have to come home and have sex with me.' Amy and I made out so much, I got Maggie pregnant during rehearsals," he shared.

As for whether monogamy is his thing, Hader said: "Oh yeah. To me, it's not a moral thing. It's just a choice."

In 2017, Hader and Carey announced they had separated after 11 years together.

As The Blast reported in 2018, the couple reached an amicable divorce settlement just a few months after Hader initially filed, citing irreconcilable differences. 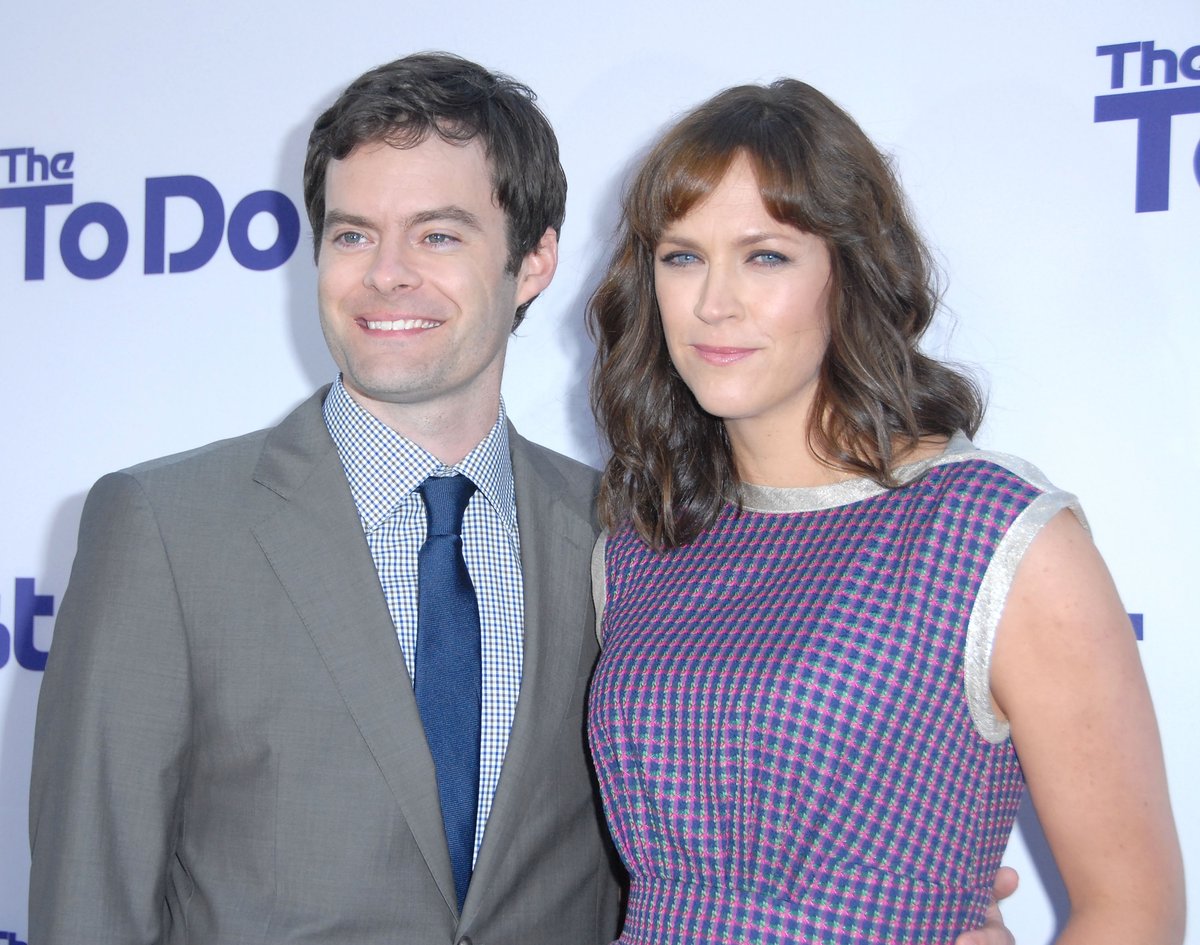 Bill Hader and Maggie Carey in 2013. Image: Getty. In January 2020, Hader took his new relationship with Rachel Bilson public at the Golden Globes. Bilson is best known for her role as Summer on The O.C.

Rumours began to swirl that Hader and Bilson first started dating back in late 2019, when the pair were spotted on a coffee date.

Interestingly, the pair had previously worked together on the 2013 rom-com The To Do List, a film which in awkward hindsight, was directed by Hader's then-wife Maggie Carey. 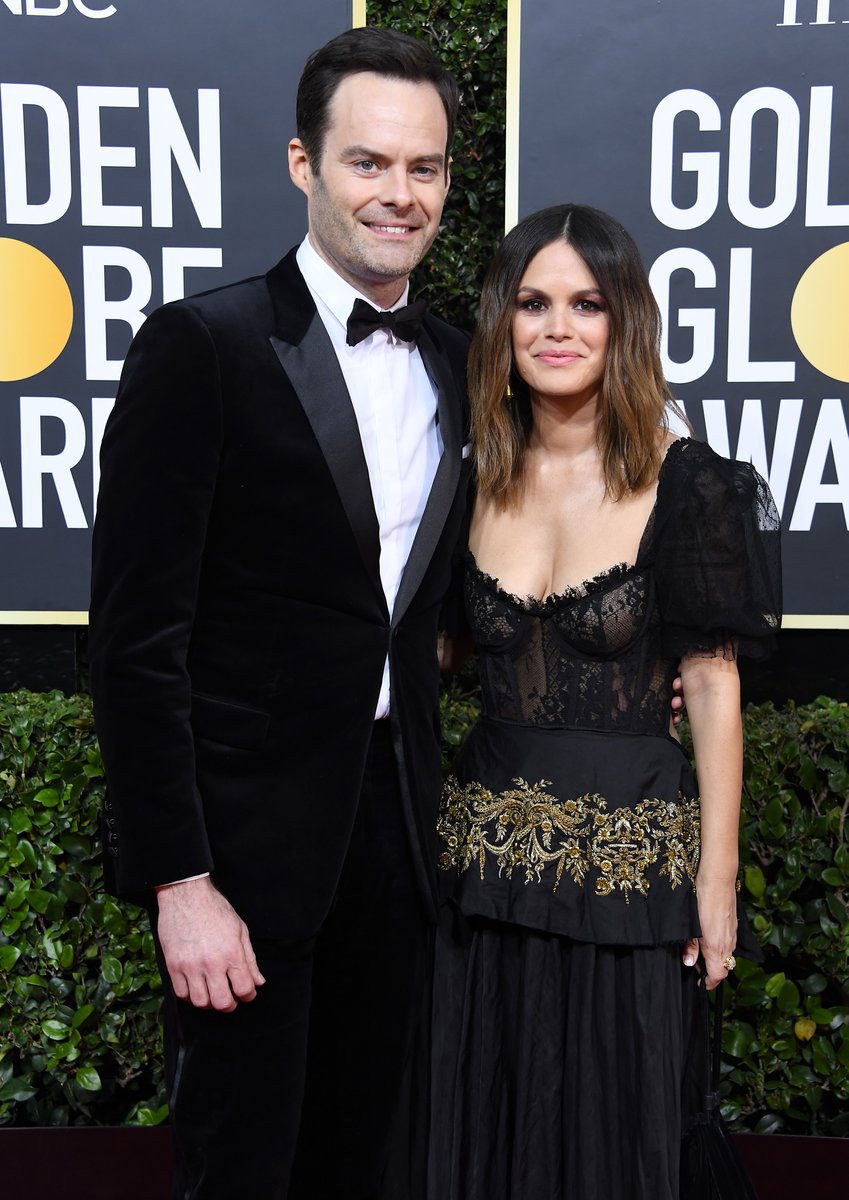 Bill Hader and Rachel Bilson at the Golden Globes 2020. Image: Getty. After his split from Bilson, Hader then reportedly started dating Kendrick.

While the couple first met in October 2017, while filming Noelle, they apparently didn't start dating until mid-2020.

And it appears the couple has chosen to take a leaf out of the book of A-listers like Daniel Craig and Rachel Weisz or Ryan Gosling and Eva Mendes.

"They got together well after the movie," a source said to PEOPLE this week. "They are both very private people, and with the pandemic it was easy to keep it quiet. They're both hysterical so they must keep each other laughing all of the time. She's really, really happy." 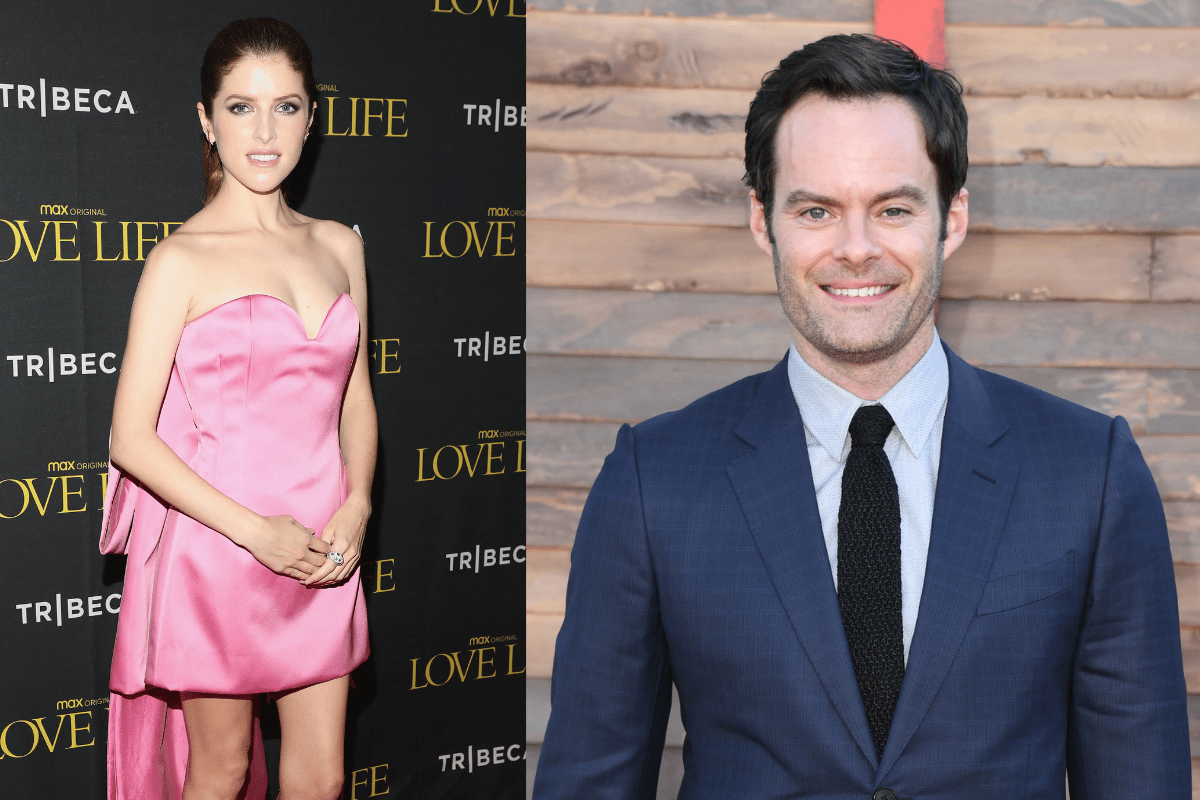 "Anna and Bill have been dating for a while. They really like each other and share the same sense of humour," a source told Entertainment Tonight. "They're both very happy in the relationship and it shows. They have a natural connection."

Reps for both actors have so far declined to comment on their relationship.