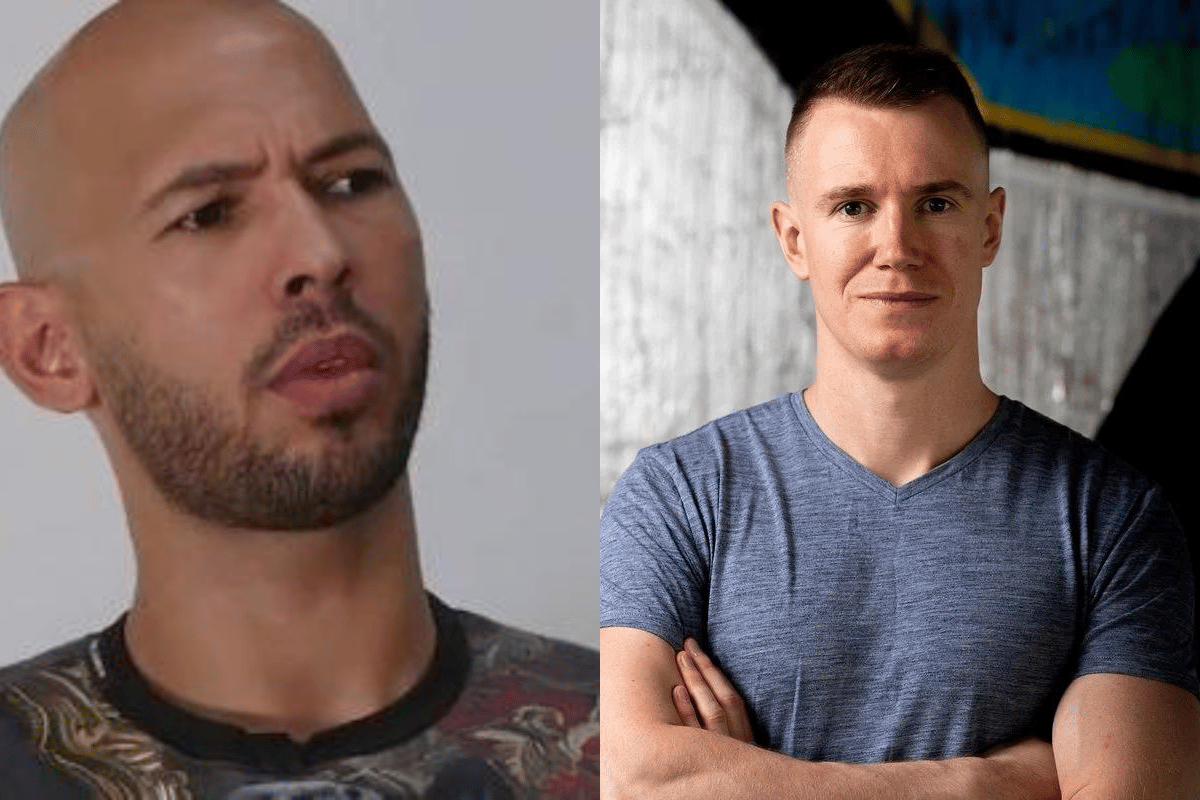 Private jets, shirtless pics and high-end cars are all over his Instagram.

Why his partner can’t have male friends features on his TikTok.

Former kickboxer Andrew Tate boasts he’s the most Googled man, but it’s not exploits in the ring that sparked interest in this American-Brit. Outrageous opinions have attracted him a massive social media following and a growing audience of young men. Some lonely, lost or feeling left behind.

The self-styled male success guru appeals to his audience with uncompromising calls for men to ‘stop complaining’, ‘work hard’ and ‘be grateful’. But Tate’s also full of opinions seemingly tailor-made to bait reaction, such as preferring to do CPR on “hot” girls, or how he can sleep around but his girlfriend can't.

While it’s tempting to scream that he’s misogynistic, dangerous and stole his look from rapper Pitbull; as a young men's respectful relationships coach, when young men ask about Tate, I respond with more nuance.

Some of his opinions SEEM legit.

You should question society's programming. There is value in being healthy, delaying gratification and the notion that quitting won’t get you anywhere.

Tate’s thoughts on rich people wanting to keep the masses poor often resonate with poorly paid men. Some points are easy to agree with and this give defenders things to point at.

But despite Tate’s attempt at respect, he doesn’t apply this to women or the men he calls ‘pussies’. He preaches men’s accountability on one hand, while obsessing about women’s behaviour on the other.

Worrying about what women do will make you angry.

Tate says the world would be a ‘better’ place if women wore the number of sexual partners they've had on their heads. But obsession with how women live, what they do and who they sleep with, will make you enraged and unattractive.

If you focus on things you can’t control, it will just lead to a cycle of anger.

Read more: The most dangerous man on TikTok right now.

Tate says women are like the Queen in chess, going around the board wherever they wish, while men are the King, going square-by-square, slowly building themselves. This analogy might sound legit at first, but most women don’t have anywhere near that power and young men from well-connected families can go anywhere without slowly building up.

For all the perks you might think women have, there’s plenty of negative stuff.

Some girls might get easy access to the club, for example; but once inside, they’re dodging spiked drinks, groping hands and must plan a way home to make sure they’re not assaulted. It’s about looking at the whole picture – not just one part.

It's ok to want a kick in the butt.

I know you respect someone telling you to get your act together, and Tate does this. His confident way of speaking can stir something inside his audience to take action.

But it’s not your wellbeing or success he’s interested in.

Tate wants your money but pretends he doesn't.

It’s hard to know if his sensationalist opinions are genuine, for show, or a mix of both. But to him, it doesn't matter. The goal of Tate's outrageous bravado is to get people’s cash.

He boasts about not needing money anymore but pushes followers into paying $70 a month to attend his online ‘Hustler’s University’.

Here, instructors – not Tate – teach the basics of things like crypto, copywriting and online sales.

It has many positive reviews, but the more discerning note that much of this info is available for free elsewhere.

Tate boasts students will “escape the Matrix”, but his courses include Amazon side hustles, probably hoping no one realises that giving Amazon CEO Jeff Bezos more cash is literally being in the Matrix.

Given Tate’s being investigated for human trafficking, he's not the best source of advice.

Listen to This Glorious Mess, a Mamamia parenting podcast. Post continues after audio.

He's selling you a lie.

Acting like Tate won't get you the status, money and women he makes out. He doesn’t care if you get rich or get girls – he only cares that you give him cash.

Tate rages about people who don’t renew their Hustler’s University subscriptions, putting them in ’jail’ and not letting them re-enrol. Kind of like a cult.

Share his attitudes towards girls and they’ll stay away from you. Tate can seem entertaining in videos, bnoxiously yelling over people or raising his voice to arrogantly make his point. But do this in real life and no one will stay around long.

Tate might have pretty girls in videos, but if you carry on like him, women in the real world won't come near you.

Tate’s banned from Twitter, but going strong on Instagram with 3.8 million followers and 1.4 million on TikTok. Trouble with the law hasn't hampered his profile.

He doesn't care what people think, so long as he has status and money. And it doesn’t matter if that comes from vulnerable men, looking for guidance and acceptance.

Moral panic about Tate from people who aren't his target audience only helps market him. Keeping young man away requires calmly picking apart what he’s about.

Max Radcliffe is a young men’s respectful relationships speaker. He works with young men to help them navigate intimate relationships, consent and self-respect, thereby improving the experiences of women they interact with. Max also shares his advice to young men on  Instagram.

Reply
Upvote
1 upvotes
Andrew Tate needs to be taken with a grain of salt, the real issue for me is why boys and young men gravitate to online content creators via youtube and the like.  It seems to me they can't actually have many of these conversations in real life lest they are accused of toxic attitudes and I think many young men and boys are terrified of being judged for asking some basic questions about their place in life, their value as men, male sexuality and what is reasonable to expect in engagement with woman.  In that sense I think young man's culture has gone online (and to a degree underground).  Its the only place they can have these conversations.  And to be fair most of the channels I have seen in the 'manisphere' encourage their viewers to take responsibility for their actions, act ethically towards others, try to improve themselves to the degree they can but most of all to value themselves as themselves and not only in what they can provide to others.  I remember watching an interview with Jordan Peterson in which he was asked why he was so popular with young men; his reply was simple, 'because they know I'm on their side' - and the truth of those words shocked me.  There are so few messages in society that are encouraging to young men.  They'll take it where they can - even from Andrew Tate.
L
laura__palmer 4 days ago