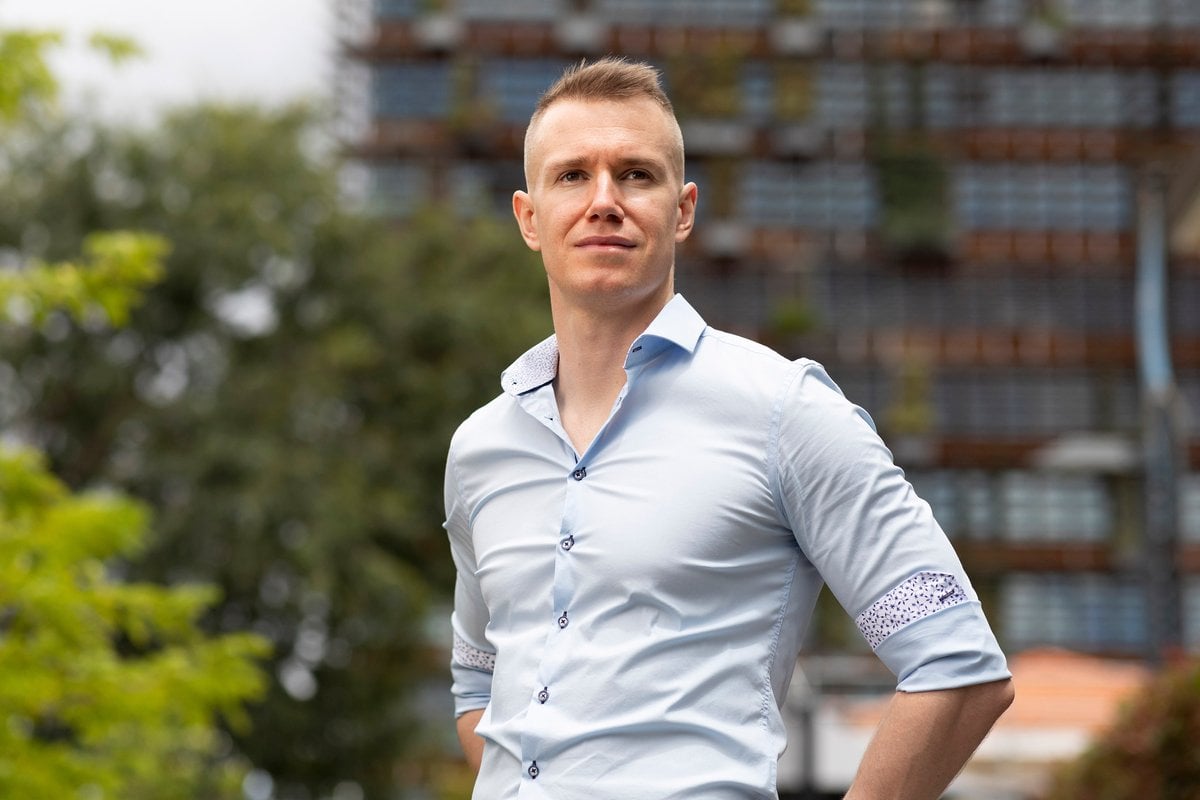 As many talks on domestic violence begin, a lot of young men tune out.

No amount of quoting statistics engages my audience, and some might utter the tired cliché of “not all men”, inducing eye rolls from nearby women.

These young men aren’t cold-hearted or uncaring, but many feel it doesn’t apply to them as they “already know” not to hit women.

Young men don’t like being lectured or made to feel they’re villains, so getting them invested needs to include tools for them that also improves life for others.

That’s why I first frame the conversation about control.

Know what you can and can’t control.

Control can be empowering, provided you understand the right kind to strive for.

A man in control of his health, finances and life mission can be an impressive individual.

But a man trying to control other people or his partner might as well try controlling the weather. He’s just setting himself up for anger and disappointment.

Exercise and healthy eating can improve a man’s health; just like education and hard work can improve career prospects.

But no amount of effort and dedication can give him control over others, especially a partner.

Some men still attempt it with manipulation and threats, often thinking they’ve succeeded. Yet a slight deviation from the control just leaves the men enraged and frustrated.

Knowing they’d never hit a woman can be enough to turn a young man off conversations about domestic violence.

Some abusers even believe they haven’t done anything wrong because they weren’t physically violent, which demonstrates how the overly simplified cliché of “never hit a woman” falls short.

But the most common abuse isn’t physical and often starts with abusers trying to control a partner.

They’ll look through their phone, control their money, track movements and restrict who they can see.

Phones are the modern version of a diary, photo album, letters and banking history. If trust is so far gone, he feels the need to look through a partner’s phone, chances for a healthy relationship are basically over.

If men try to control where a partner is, who they are with and how money is spent; partners are more likely to just hide things.

No one needs to 'prove' their love.

If you hear the words “if you loved me, you would”, someone is trying to manipulate you.

If you SAY the words “if you loved me, you would”, YOU are being manipulative.

Would doing something outrageous like standing on your head naked, on the main street, covered in chocolate, really 'prove' your love?

Do you think them cutting off friends, letting you control their money or only going places you allow, will 'prove' their love?

Or are you just trying to satisfy a need for control?

It’s ok to be worried if a partner is making a “bad” decision, and it’s ok to communicate that. It’s not ok to manipulate them by using their feelings for you.

If your partner always makes life decisions, you disagree with – to the point it changes your feelings – they may not be the right person for you.

Listen to No Filter and join Mia Freedman weekly as she has fresh and original conversations with interesting people. Post continues after podcast.

Don’t stay in a relationship at all costs.

I’ve known people to remain in toxic relationships to not be seen as a a 'quitter' or 'giving up'.

But there’s a difference between running away at the first awkward sign and leaving a person who treats you badly.

Society doesn't help by incorrectly implying there’s something wrong with single people, but being in a relationship isn’t worth tolerating abuse and manipulation.

Nothing gives someone the right to treat another person badly, no matter how much 'love' is expressed.

No one cares about the lead-up to violence.

It doesn’t matter if a partner 'pushed your buttons' or you were 'driven to the edge'.

If you respond with violence, whatever you think they did to 'make' you aggressive won’t matter.

No one is going to care about the 'reasons' you hit a partner, because there are no good reasons.

If you’re in a toxic, emotionally abusive situation, the most powerful thing you can do is walk away.

Removing yourself from a situation is more powerful than being drawn into a cycle of drama or lashing out physically.

It can happen to men.

Some men suffer in silence from horrible domestic abuse because they think no one will believe them.

Domestic abuse can cross genders and not talking about it also hurts male victims.

That said, the chances of it happening to men are lower and most abused men don’t fear for their lives like many women do.

Male victims should be part of the conversation, but not in a way to divert from the suffering of female survivors.

I understand many domestic violence survivors want to scream at young men about the horrendous damage it does.

Their stories have value and power, but they can struggle to engage a young male audience who think they would never do that.

I’ve found first engaging with practical tools more beneficial at drawing in my audience than appealing to empathy alone.

I encourage my audience to build emotional intelligence and self-respect that flows to everyone around them, including their partner.