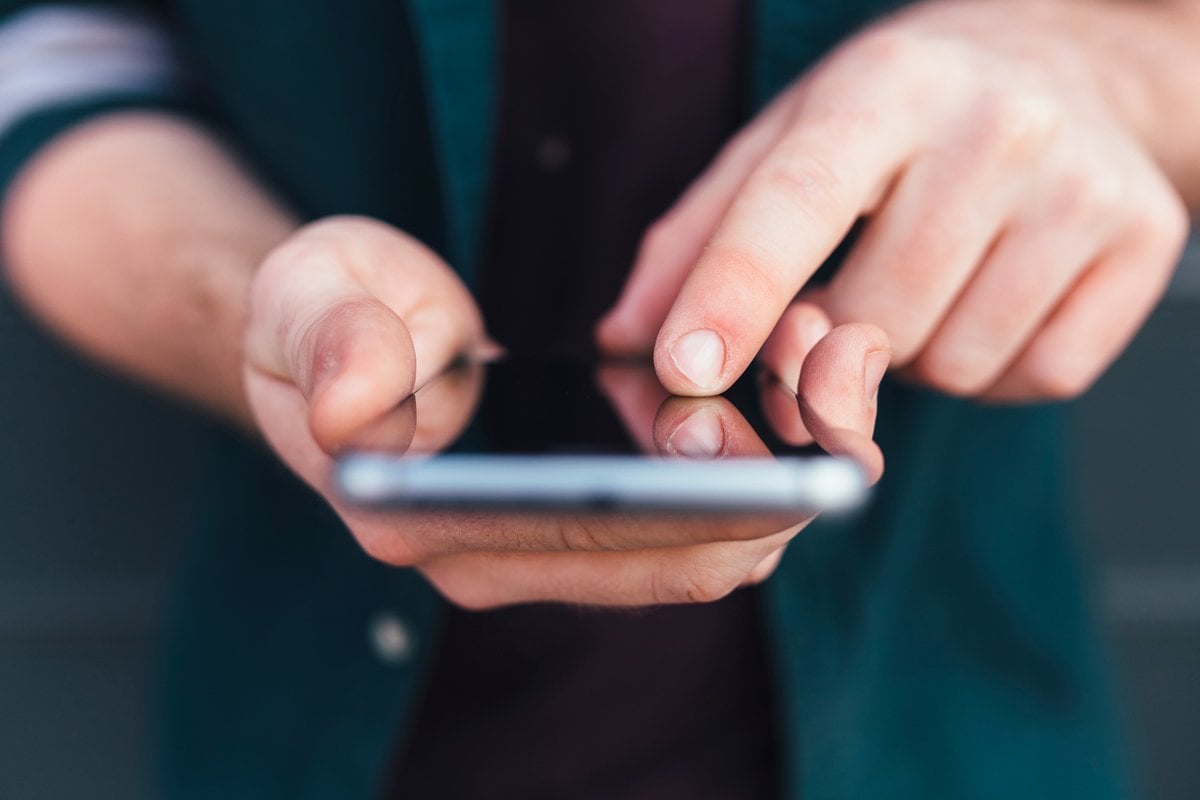 When camera-enabled phones first hit stores, men thought of a “genius” way to use them.

Here was a device that could take multiple pictures and send them anywhere.

For perhaps a minute, men considered numerous things they could photograph, before settling on what fascinated them most:

Watch: What's the best response to a dick pic? Post continues below.

Twenty years and significant advances in photo quality later, many women have received their share of highly-detailed, unsolicited dick pics.

These come from would-be suitors, internet randoms or even co-workers.

Despite most women’s well-known disdain for an uninvited phallus appearing on her phone, there seems no relief in sight from the barrage many women receive.

So, I asked five young men why they sent them, then I responded.

I know you’d love a random pic of her boobs, arse or legs, but she’s probably not going to feel the same about an unexpected picture of your wang.

Even if it’s erect and shot with a wide-angle lens.

Most women aren’t as visually attracted to a penis as you are to her breasts.

But if she’s studying for an exam, out with the gals or going about her day, a random pic of your schlong will probably just be annoying, disgusting or an assault on her eyes.

Unless you have some kind of pre-arranged agreement, it’s unlikely you’re going to get that “favour” returned.

While you’re waiting – maybe thinking about sending another – she’s probably sharing your dick pic in a group chat with her friends.

If you ever found out what they said about your penis and how stupid you are, you’d be traumatised.

I know you think a picture paints a thousand words, but if you’re lazily asking women for sex, you’ll have a better chance using your words.

Witty and flirty conversation beforehand will help even more.

I know you get excited at the sight of boobs, but your fun and interesting vibe turns her on more than a random schlong appearing on her phone.

4. “If she’s seen it already in a pic, she shouldn’t reject it in person.”

Women don’t reject a penis, they reject the idiot who owns it.

If you make her feel good and into you on an emotional level, she’ll be more likely to want you into her on a physical level.

Then, any issue you think you have with your equipment won’t matter to her.

Meanwhile, she might have a bunch of insecurities about her body she’s hoping you’ll accept.

5. “I know a guy who knows someone who sent them, and it worked.”

He’s telling you about one girl who looked past him assaulting her eyes and not the other 20 women who blocked him, left him on read or laughed at his penis with her girls.

Flirting and asking her out would’ve worked a lot better and he wouldn’t have risked destroying his chances by sending a dick pic she didn’t ask for.

How do we get through to these men?

I still mention unsolicited dick pics could get them in trouble with the police, expelled from school or fired from a job, but I’ve found deconstructing their reasons and warning of social shame resonates best.

That is, “I know why you’re doing it, but here’s why your thinking is out of whack”.

This message tends to land better with young men when it’s from a relatable figure they consider credible.

If nothing else, the prevalence of unsolicited dick pics tells us young men are in desperate need of guidance as they navigate intimate interactions.

Reply
Upvote
Slightly off-topic, but I always wonder if anyone was influenced by Marshall sending dick pics in "How I met your mother". Clearly him, and the rest of the crew, thought it was hilarious. I was always surprised Lily didn't rip him a new one. But maybe, they were male writers or a male decision maker who didn't see the problem?
C
cat 3 months ago

Reply
Upvote
1 upvotes
@grumpier monster that is possibly the least problematic thing about HIMYM- I think its safe to say no one on that production was concerned with sexual ethics.
S
snorks 3 months ago

Reply
Upvote
1 upvotes
@grumpier monster that's his wife, a totally different dynamic. She was known to return with pics of her own as well.
G
grumpier monster 3 months ago

Reply
Upvote
1 upvotes
@snorks, I meant the ones he sent to strangers.
S
snorks 3 months ago

Reply
Upvote
@grumpier monster fair enough, I don't even remember him doing that.
When did that happen?
E
ella27 3 months ago