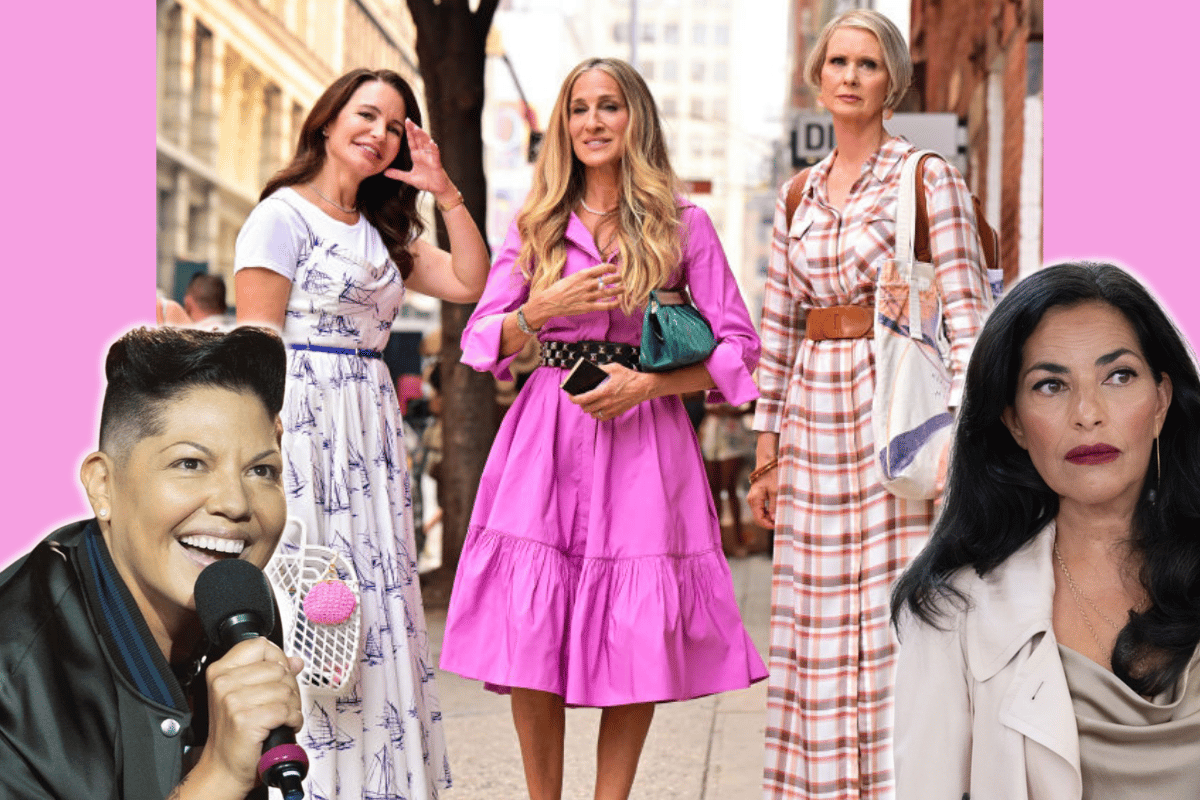 About six months ago, the highly-anticipated Sex and the City reboot, And Just Like That premiered on HBO Max (and Binge in Australia), and, not to be dramatic, but our lives were forever changed.

While its 2021 take certainly divided audiences, one thing was very clear: love it or hate it, there was a certain thrill to meeting Carrie, Miranda, and Charlotte again in their 50s.

And despite reviews being oh-so-mixed, ratings were ridiculously high. So it really came as no surprise that the limited series was picked up for a second season.

Which brings us to today.

As soon as And Just Like That (AJLT) wrapped up for the season, we were ready for it to come back.

So, we thought we'd wrap up everything we know so far about its upcoming season two...

Who's in (and out) of the reboot's second season?

When season one of AJLT wrapped with Carrie Bradshaw meeting up with her estranged best friend, Samantha Jones, it left many of us questioning whether we'd be seeing a return of the actress who played the character, Kim Cattrall, in season two.

But Cattrall has assured us time and time again; it's very wishful thinking.

In case you missed it, there's been a whole lot of drama between Sarah Jessica Parker - who plays Carrie - and Cattrall - A.K.A Samantha Jones - in the O.G. Sex and the City (SATC).

While SJP has been pretty tight-lipped about the fallout, she finally spoke candidly about it just this week.

Read all about it here, if you need a recap!

So, in season two, it looks like we'll be seeing Sarah Jessica Parker returning as Carrie, Kristin Davis as Charlotte, and Cynthia Nixon as Miranda.

Che Diaz was a heavily divisive character when they were introduced to the SATC gang in season one of AJLT.

In season two though, they'll be returning better than ever. But more on that later...

While the rest of the cast hasn't been confirmed just yet, it's likely we'll see Ivan Hernandez return as Franklyn, Carrie's podcast producer and potential love interest after a steamy kiss to end last season.

What will season two be about?

It's likely that season two of of AJLT will pick up answering all the questions season one left us with, and we're here for it.

Carrie's reignited dating life is likely to be a theme after season one closed with her big kiss with Franklyn.

And, try not to lose it, but SJP hinted at the potential return of John Corbett - Carrie's divisive former love interest, Aidan Shaw - in an interview with Watch What Happens Live with Andy Cohen.

Perhaps most notably though, will be Miranda's evolving relationship with Che.

According to show creator, Michael Patrick King, season two will pick up three weeks after season one dropped off with Miranda and Che in Los Angeles.

“One of my burning passions about season two is Che,” he told Variety in a recent interview.

“I want to show the dimension of Che that people didn’t see, for whatever reason—because they were blinded, out of fear or terror. I want to show more of Che rather than less of Che. Like, really.”

King added that the next instalment of the series will be about getting to know the characters on a deeper level.

“The first season was judging a book by its cover,” he said of Che, “and season two is about reading the book".

Before season two had been announced, Sarita Choudhury echoed King's sentiments about expanding the storylines of their new characters in an interview with Entertainment Tonight.

"You know when you bring in new characters and you just start establishing and everyone's getting used to all of us having grown up, Carrie's grown up.

"I feel like the second [season] would be able to just jump into who they really are as opposed to getting the audience used to seeing what they're seeing. So I would love a second season," she said.

When will it air?

Filming for season two has already begun, but it's not likely we'll see AJLT premiere until early 2023.

... Don't mind us, we'll be patiently waiting until then.

D
derekwashingtonlv a month ago

Reply
Upvote
I literally can't stand Che. She's the worst add on character in television history. She's like some pre marriage equality set piece. Who was clamoring for more of her? Maybe George Clooney cuz every time she's on screen I have this need to self medicate with a bottle of tequila.
M
mamamia-user-482898552 a month ago

Reply
Upvote
1 upvotes
Does anyone genuinely like this show? Or are the majority of viewers hate-watching it? Ratings are ratings I guess...
D
derekwashingtonlv a month ago