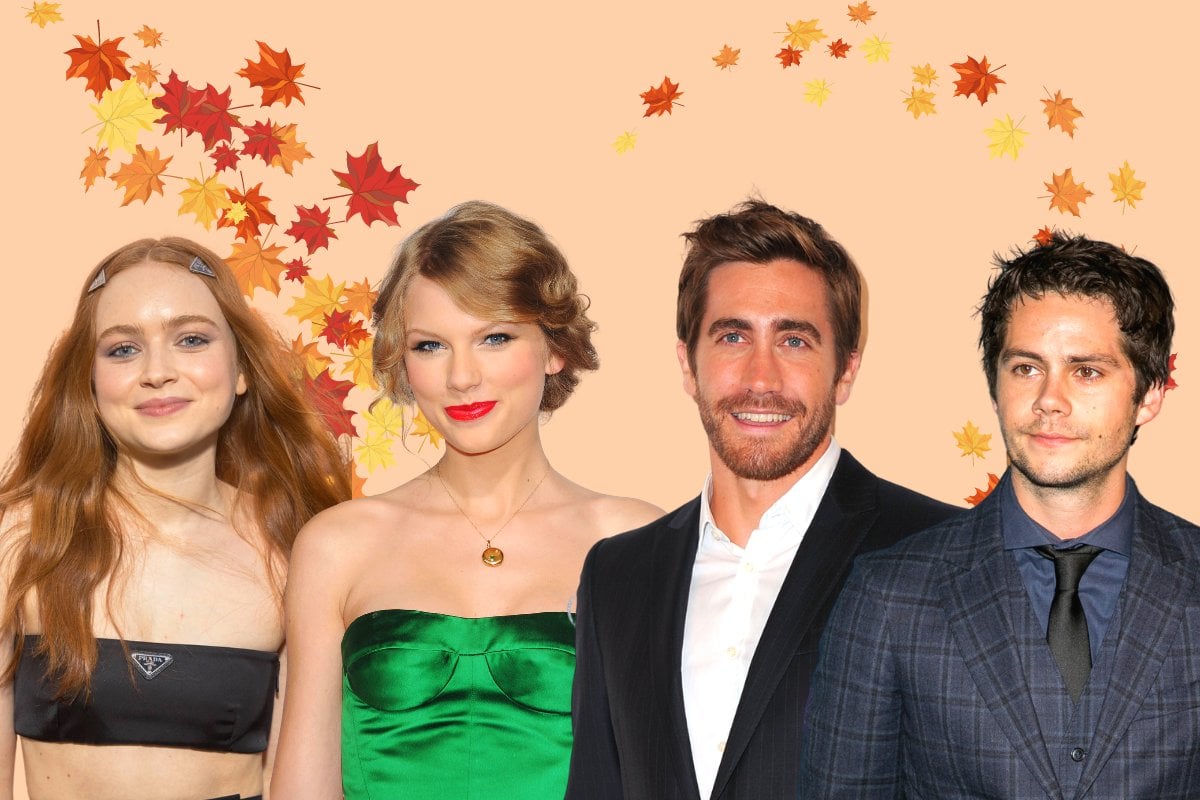 2021 has been a big year for reflection in Hollywood.

So far, we've re-examined the horribly sexist, unfair treatment of young stars in the 2000s like Britney Spears, as well as the subdued reactions to online bullying from the likes of Chrissy Teigen. It seems the rest of the year will be spent examining Hollywood's propensity for age-gap relationships.

Specifically, age-gap relationships involving one famous person dating another famous person, who is still a teenager or freshly 20.

Weird, right? What's also weird is how little it was questioned at the time. Maybe people were whispering behind closed doors, but the public response to these kinds of relationships seemed to be more 'meh' than 'WTF?'.

Which brings me to Taylor Swift's All Too Well The Short Film.

On November 5, 2021, Swift released a teaser video for a short film to be released on November 12, based on her song 'All Too Well', to coincide with the release of her re-recorded album, Red (Taylor's Version).

Alongside herself, it stars Stranger Things' Sadie Sink and Teen Wolf's Dylan O'Brien.

Watch: The teaser trailer for All Too Well. Post continues below video.

For context, 'All Too Well' is widely considered by critics and fans to be Swift's career pinnacle. It was released on her fourth album Red in 2012 and has become one of the most defining songs of her career, despite never being a single.

Now, admittedly, I am very biased. 'All Too Well' is my favourite song of all time. Nothing will ever beat screaming "AND YOU CALL ME UP AGAIN JUST TO BREAK ME LIKE A PROMISE, SO CASUALLY CRUEL IN THE NAME OF BEING HONEST" at the top of your lungs. Nothing! It is just *chef's kiss*!

The key point here, however, is that 'All Too Well' is about Jake Gyllenhaal (and her lost scarf).

(Another song on Red, 'The Moment I Knew', is about how Gyllenhaal did not turn up to Swift's 21st birthday party in December of that year, spelling the end of their relationship.) 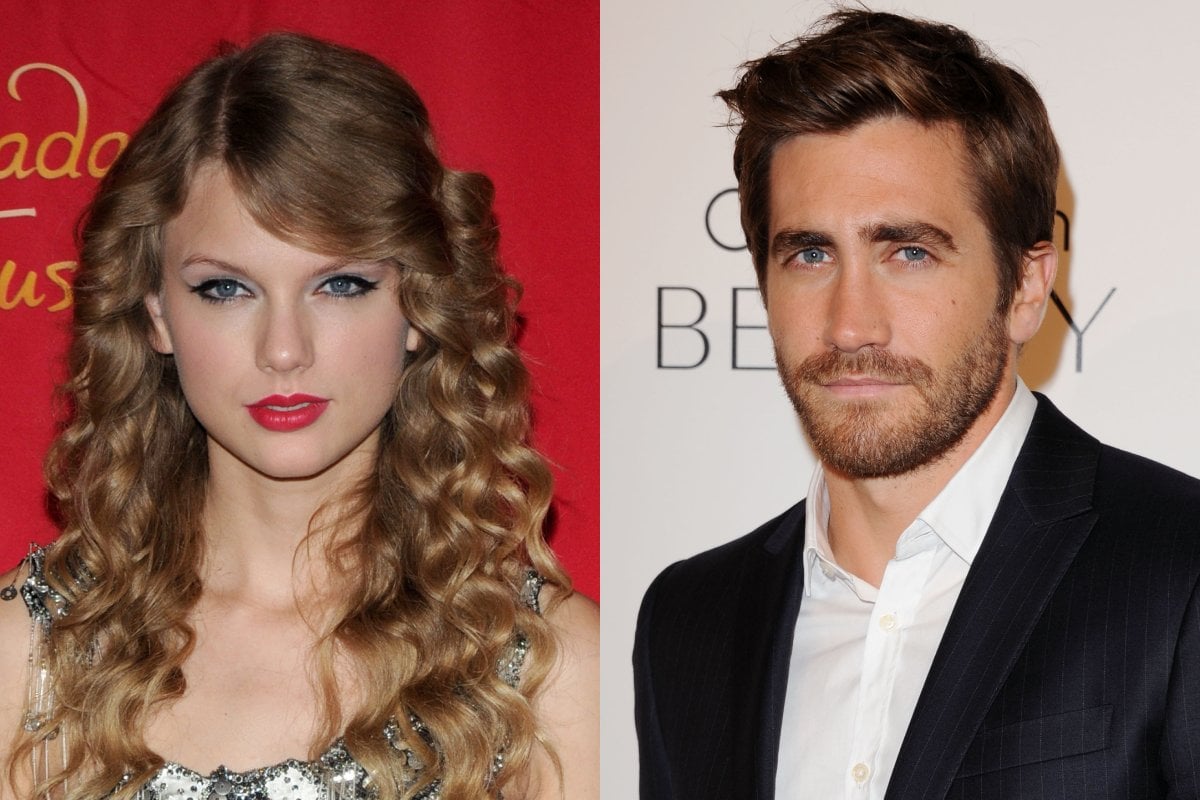 Swift and Gyllenhaal, both pictured in October 2010. Image: Getty.

The All Too Well film will feature the 10-minute version of the song, which fans have been asking to hear for nine years. It is effectively a gift to fans, and it stars Sink, 19, and O'Brien, 30, as lovers-turned-exes.

The murmurs began when Swift announced their names attached to the project.

Even without any images, people pointed out that Sink very much looked like a teenager, whereas O'Brien and his beard do not. This only increased when the first image from the film was shared online.

"Hey [Swift], quick question, what the actual f*** is wrong with you?" said another.

This is the point. It is ick to see a grown man dating a teenager. We can't ignore the fact that there are power and maturity imbalances in these relationships.

Watching a man with a full-on beard act like he is dating a baby-faced Sink is definitely uncomfortable, because it is meant to be. Their age difference is a point of contention in the film when, during a dinner with O'Brien's character's friends, Sink feels uncomfortable.

"They're all older than me," she yells in an argument. "I feel so out of place." 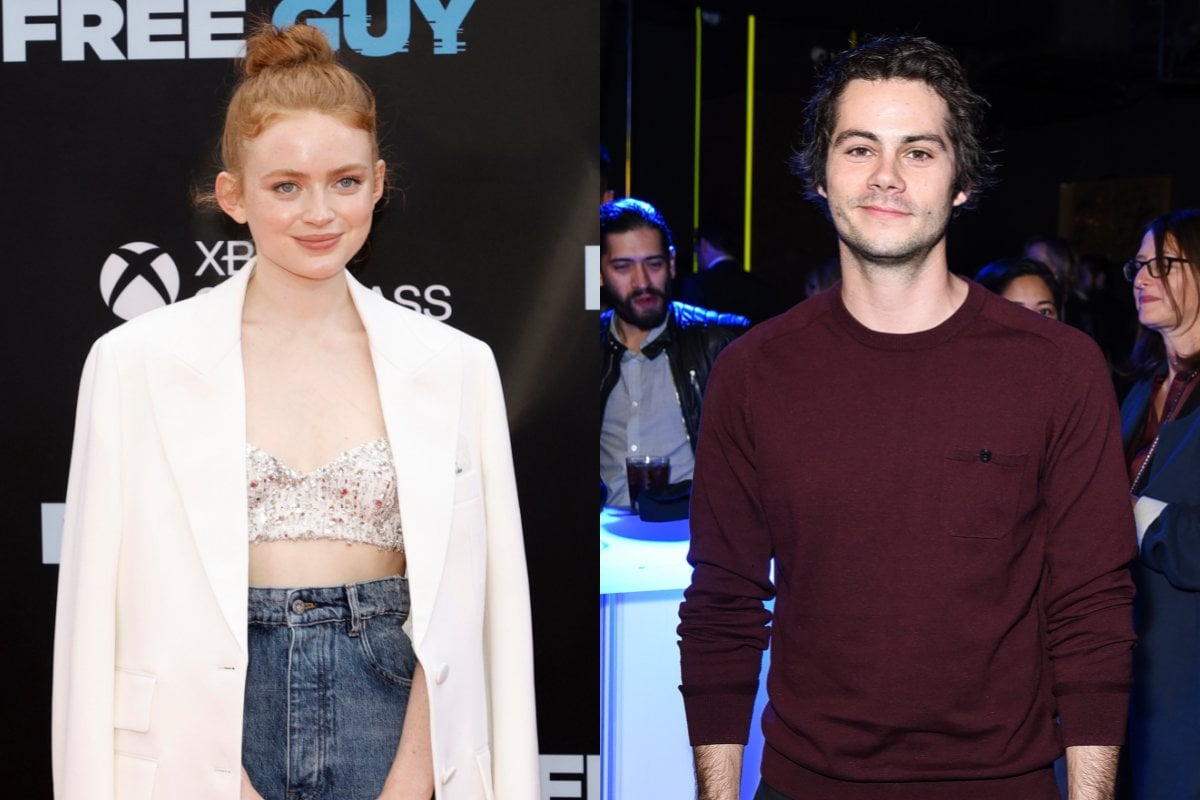 In the film, the actors also dress similarly to Swift and Gyllenhaal on their most infamous public outing, captured by paparazzi in upstate New York during Thanksgiving 2010.

Everything Swift does is deliberate, so these parallels are no accident.

It's social commentary, and ironically, she's bearing the brunt of the criticism. Yes, Swift could have cast actors who are closer in age. Doing so would've been less controversial, but it also wouldn't have us here reflecting on Hollywood's casual attitude towards these large age-gaps.

These age-gap relationships don't seem any less frequent now. In fact, there are men whose entire brand seems tied to dating much-younger women. There's the infamous Leonardo DiCaprio graph, which shows how his girlfriends never make it past 25, even as he edges towards 50. And there's Scott Disick, whose two most recent relationships have had 15-year and 18-year age-gaps.

Plus, history is already repeating itself with a new generation of young stars. Eighteen-year-old Olivia Rodrigo is dating 24-year-old producer Adam Faze. Billie Eilish is 19, and she is dating 29-year-old actor Matthew Tyler Vorce.

It's still a common phenomenon, which is not exclusive to Hollywood but sure seems normalised among the rich and famous. At the very least, these days, eyebrows are raised and we are having conversations about the implications of these relationships.

If you watch All Too Well The Short Film and wince - good. You are meant to.

Reply
Upvote
Okay, but nobody is talking about how immature young men are who are in their teens and early twenties. So many girls are more mature than boys at that age. And if you're a smart, talented young woman with a lot going for you, you don't want to date a younger guy who isn't emotionally ready for certain things.

I say this as someone who moved to NYC when I was 17 to go to college and was similarly smart, talented and mature as the young women mentioned in this article. I dated guys who were older than me all throughout this period, in my late teens and early twenties. Then, as guys my age caught up to me maturity-wise, I started dating more guys my age.

I think it's a bit anti-feminist and through a patriarchal lens to assume that these young girls were being taken advantage of by older men who were choosing them. They were also choosing not to date immature guys.
H
hkm 8 months ago

Reply
Upvote
I was 17 when I met my partner who was 23. After 8 years of dating we married. We've been happily married for the past 11 years and have two kids together. My parents were very concerned when we started dating, but I knew to my core that I wanted to be with him - not because of his age, but rather because of who he is. We are equals in the true sense of the word. Rather than assume there is always something wrong with such relationships, we should instead be aware that all relationships can potentially have inequities, irrespective of age differences, and ensure that our friends and family feel loved and supported.
News
General
Opinion
True Crime
Politics
Sport
Explainer
Entertainment
Celebrity
Reality TV
Movies
TV
Books
Rogue
Royal
Lifestyle
Beauty
Fashion
Weddings
Home
Wellness
Health
Fitness
Travel
Food
Family
Before The Bump
Pregnancy
Baby
Kids
Teens
School
Parent Opinion
Work & Money
Money
Finance
Career
Lady Startup
Relationships
Sex
Dating
Separation
Friendship
Family
Real Life
Couples