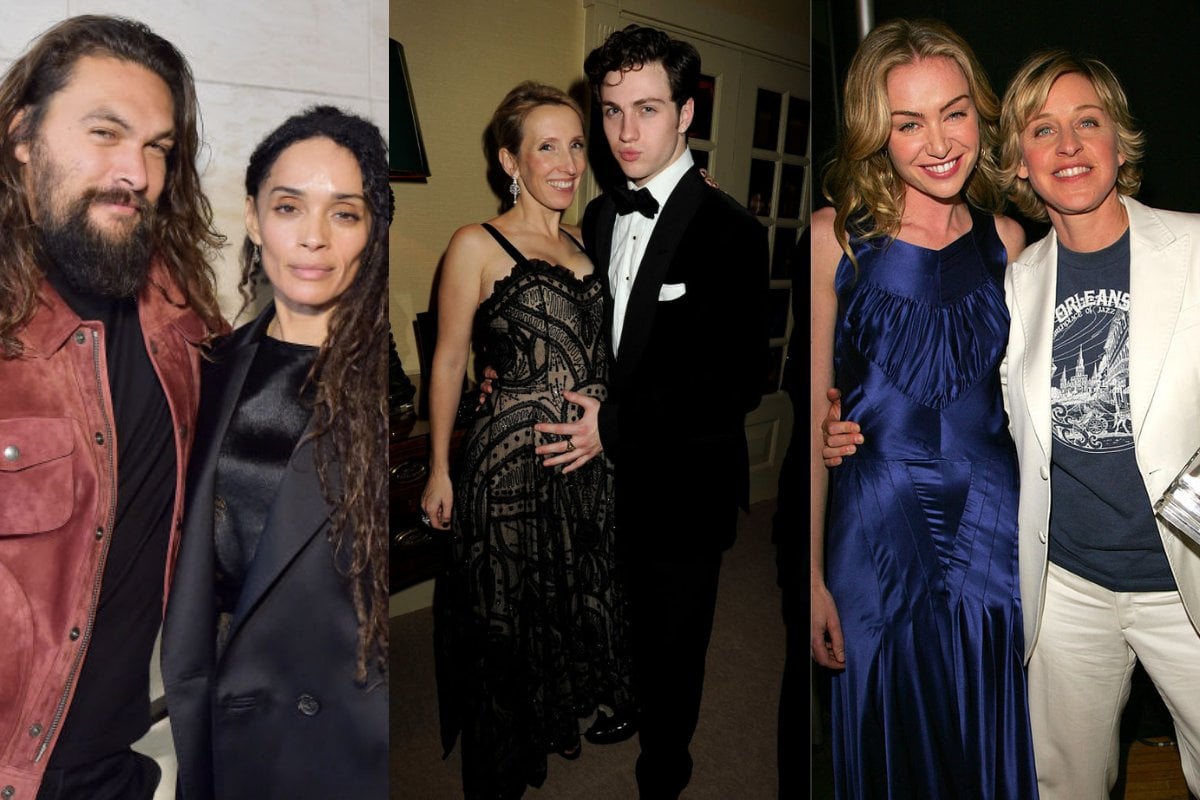 As if celebrity relationships weren't pervy enough, trying to understand how two people make their relationships work when they're from very different times is just so interesting.

So, we decided to take a look at the love stories of 10 celebrity couples with large age gaps.

Side note: Remember when these celebs dated? Post continues below.

Hugh Jackman and Deborra Lee-Furness met in 1995 on the set of the Australian TV series Correlli. 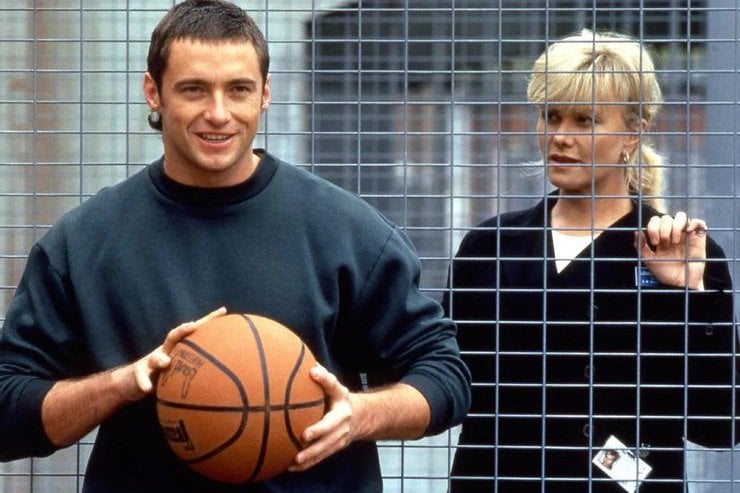 "My first job out of drama school — it was a massive break for me. I was really scared," Jackman told People in 2017.

"Deb, she was a big star. I get picked up, and Deb is in the front seat of the car. I'll never forget. She took off her seatbelt, and she turned around and put out her hand and took off her sunglasses and said, 'Hi, I'm Deborra-Lee Furness, nice to meet you.'

Jackman explained that the pair first discussed their relationship at a dinner party, where Lee-Furness asked why he was avoiding her.

"I said, 'I got a crush on you. I'll get over it, I'm sorry,'" Jackman said on the podcast Aussies in Hollywood.

"She goes, 'Oh? Because I've got a crush on you too.' I never in a million years thought she reciprocated." 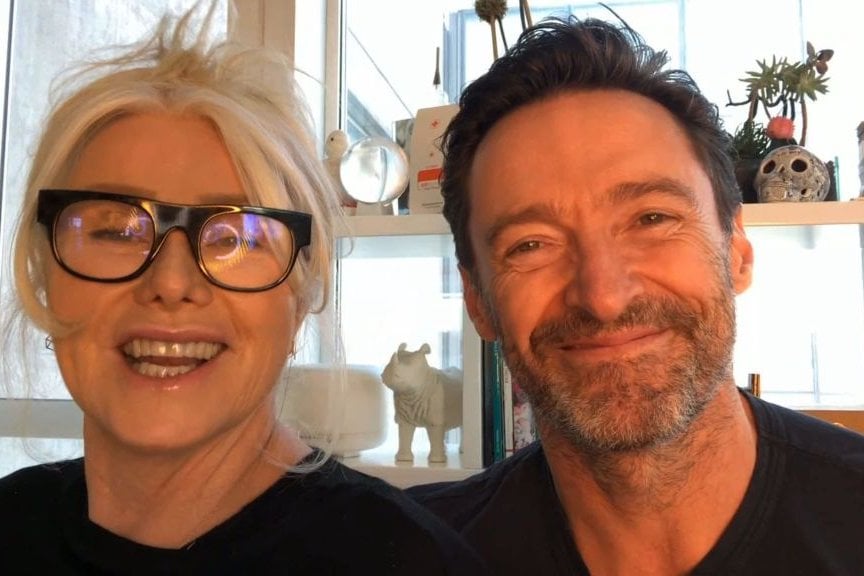 A year later the pair wed, and began trying for a baby, but Lee-Furness experienced fertility struggles.

"We struggled, a couple miscarriages, IVF — it's not easy, particularly on Deb," Jackman told People.

So, the pair decided to adopt.

After dating for about a year, Chris Pratt, 41, and Katherine Schwarzenegger, 31, got married in June 2019.

The pair officially started dating a month after Pratt divorced his ex-wife, Anna Faris, and in August 2020, they welcomed their first daughter, Lyla Maria, together. 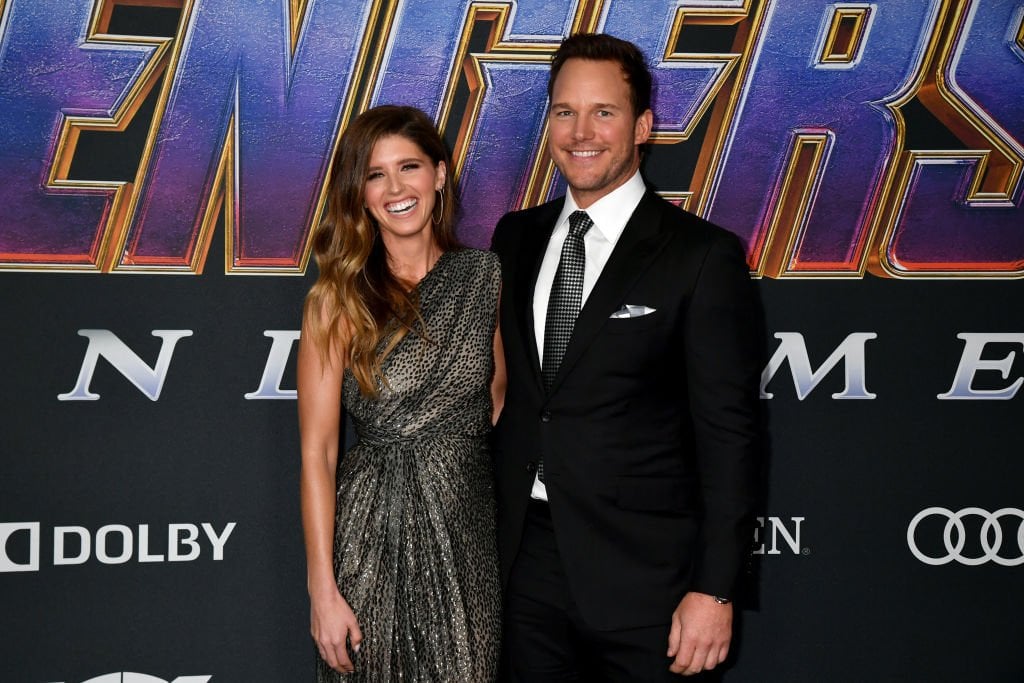 Jason Momoa was 26 years old when he met 38-year-old Lisa Bonet in 2005, but his interest in her started long before that.

"Ever since I was eight years old, and I saw her on TV, I was like, 'Mummy, I want that one!'" Momoa shared on The Late Late Show, revealing that his crush on Bonet began when she was on The Cosby Show.

"I’m like, 'I’m going to stalk you for the rest of my life and I’m going to get you.' I am a full-fledged stalker. I didn’t tell her that until we had two babies — otherwise, I’d be creepy and weird. I’ve always wanted to meet her. She was a queen, always."

Fast forward 18 years, and Momoa’s wish came true when he was 26 and fate brought them together one night at a club in Los Angeles.

"I had huge dreadlocks, she had dreadlocks. I literally turned around, I was with my best friend, and I see her and I’m just like..." he said of the moment they met.

"That was it," he added. "We had Guinness and grits and, you know, the rest is history." 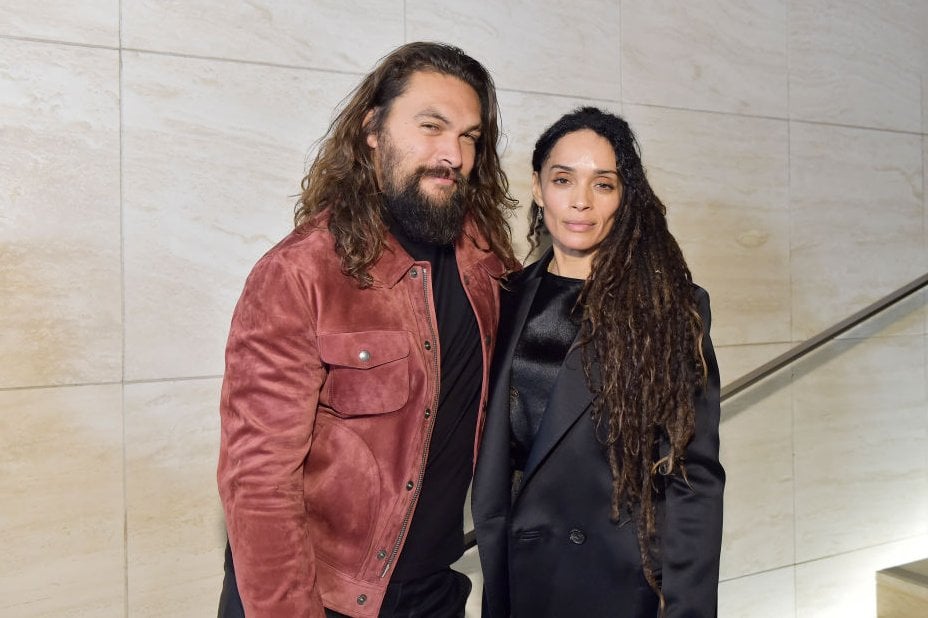 In 2017, Momoa and Bonet officially tied the knot after more than 10 years together during a ceremony at their house in Topanga, California.

The couple have a 12-year age difference between them.

Beyonce was 18 years old when she first met her future husband, Jay Z, who is 12 years her senior.

"There was no rush — no one expected me to run off and get married," Beyonce told Seventeen.

"I really don’t believe that you will love the same thing when you’re 20 as you do at 30, so that was my rule. Before the age of 25, I would never get married."

So, after eight years, the pair got married in 2008, and now share three kids together. 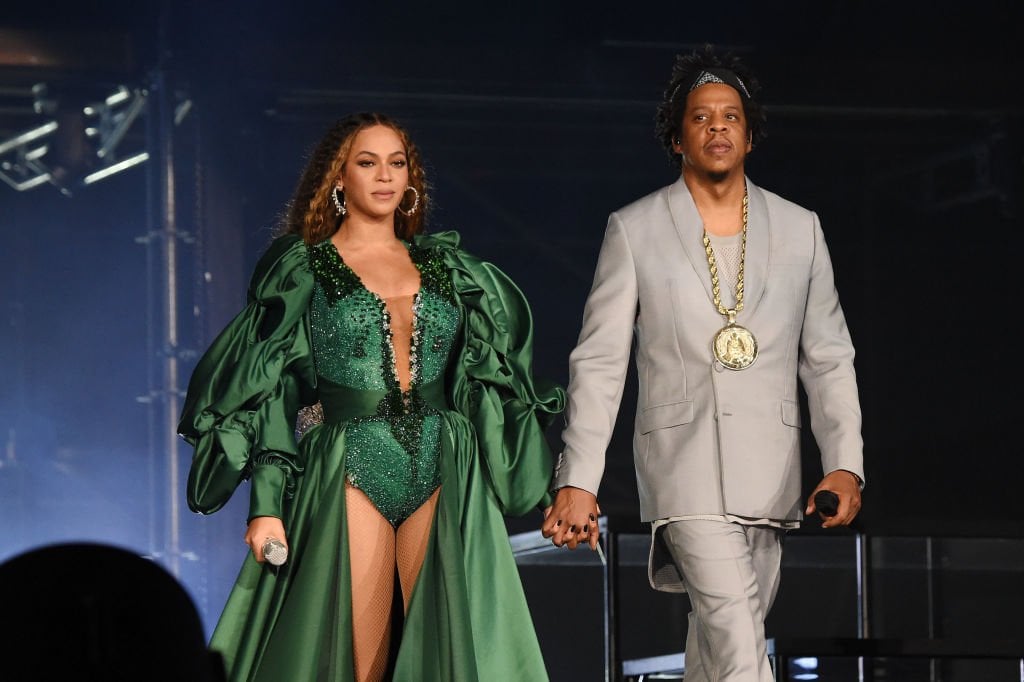 Sam and Aaron Taylor-Johnson first met on the set of Nowhere Boy, a film about John Lennon that Sam was directing, and Aaron was starring in.

At 19 years old, Aaron quickly fell for 42-year-old Sam. He later proposed to her "a year to the minute" after they met.

"As soon as we finished [filming], he told me he was going to marry me. We had never been on a date, or even kissed," the director told Harper's Bazaar.

Months later, the pair announced they were expecting their first child. 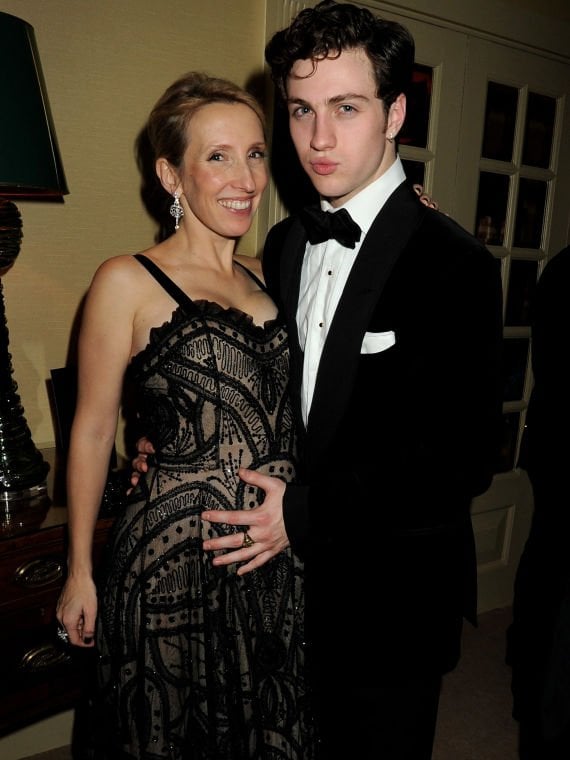 Over the next two years, the pair welcomed two daughters, Wylda Rae and Romy Hero, and got married in 2012.

The pair, who share a 23-year age gap, have now been together for 11 years.

At the end of 2019, Braff commented the princess emoji on an Instagram post of Pugh's and a user replied to his comment writing, "You're 44 years old."

Pugh responded to the user, "And yet he got it."

"People need to realise that it's hurtful. I have the right to hang out and be with and go out with anyone I want to," she told Elle when asked why she responded to the comment.

Then, following a post where she wished Braff a happy birthday in April last year, she shared a video to Instagram where she told off her followers for criticising her relationship.

"I am 24 years old. I do not need you to tell me who I should and should not love. And I would never in my life, ever, ever, tell anyone who they can and cannot love. It is not your place and really, it has nothing to do with you," she said.

Catherine Zeta-Jones met her now-husband Michael Douglas 22 years ago. At the time, Catherine was 28 and Michael was 53.

The two actors were attending the Deauville Film Festival; Douglas was promoting his film A Perfect Murder, while Zeta-Jones was promoting her movie The Mask of Zorro. They were introduced by mutual friends, Antonio Banderas and Melanie Griffith.

"I looked at her, and I said, 'Catherine, I’m going to be the father of your children,'" Douglas told The Hollywood Reporter in 2019.

Two years later, he was.

Since then, the couple have been married for 20 years and share two children.

You can read more about Catherine Zeta-Jones and Michael Douglas' 20-year-relationship here.

Ellen DeGeneres and Portia de Rossi first met in 2000, although they didn't start dating until 2004.

"[I knew Ellen was the one] when I first laid eyes on her, but it took me three years to actually tell her how I felt about her because I was on Ally McBeal at the time and I was not living as an openly gay person," de Rossi told Oprah Winfrey in 2005.

"I was closeted and very, very afraid that if I talked about being gay, it would be the end of my career, so I wasn't about to date the most famous lesbian in the world." 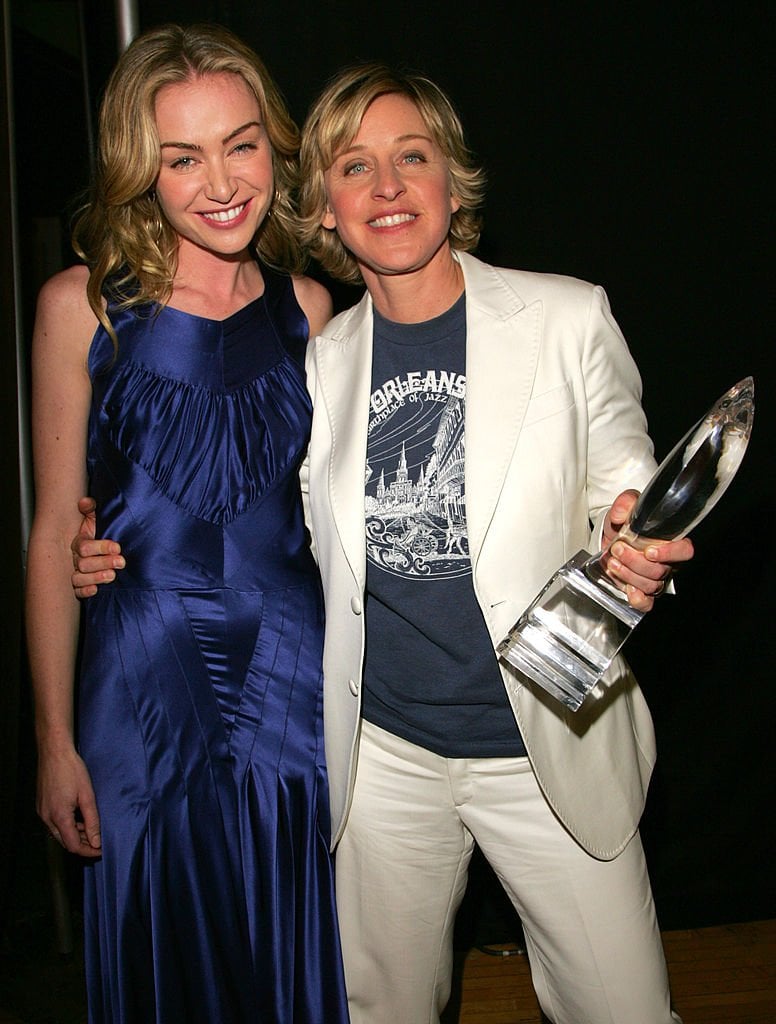 Blake Lively and Ryan Reynolds met on the set of Green Lantern in 2010, although both stars were already coupled up at the time.

Reynolds, 33, was married to Scarlett Johansson, and Lively, 22, was dating her Gossip Girl co-star, Penn Badgley.

Within the year though, both actors had separated from their partners. They officially began dating in late 2011. 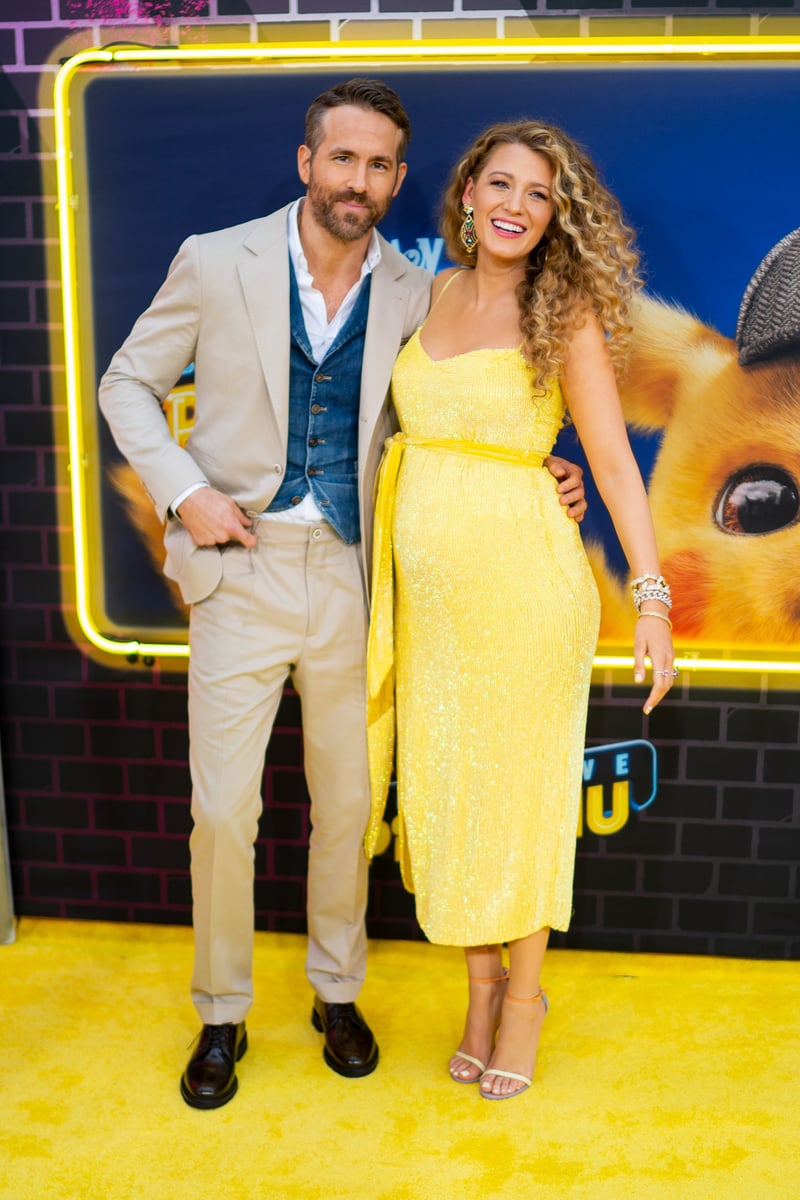 The pair have been together for 10 years, and share three daughters together.

Way back in 2016, a 25-year-old Nick Jonas slid into a 35-year-old Priyanka Chopra's DMs, and after many texts exchanged, they met up a year and a half later.

"I’m hearing from a few mutual friends that we should meet," Jonas said at the time.

That same day, Chopra responded with, "My team can read this. Why don’t you just text me?"

After two months of dating, the couple got engaged in 2018. 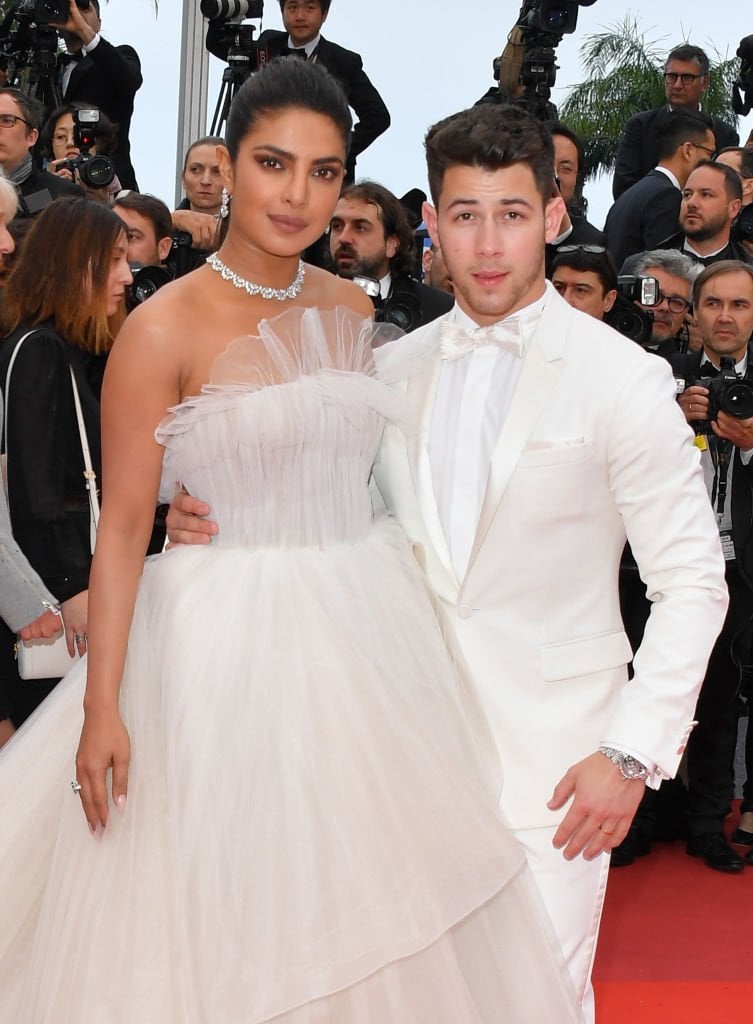 In an interview with InStyle in 2018, Chopra said: "People gave us a lot of shit about [our age gap] and still do. I find it really amazing when you flip it and the guy is older, no one cares and actually people like it."