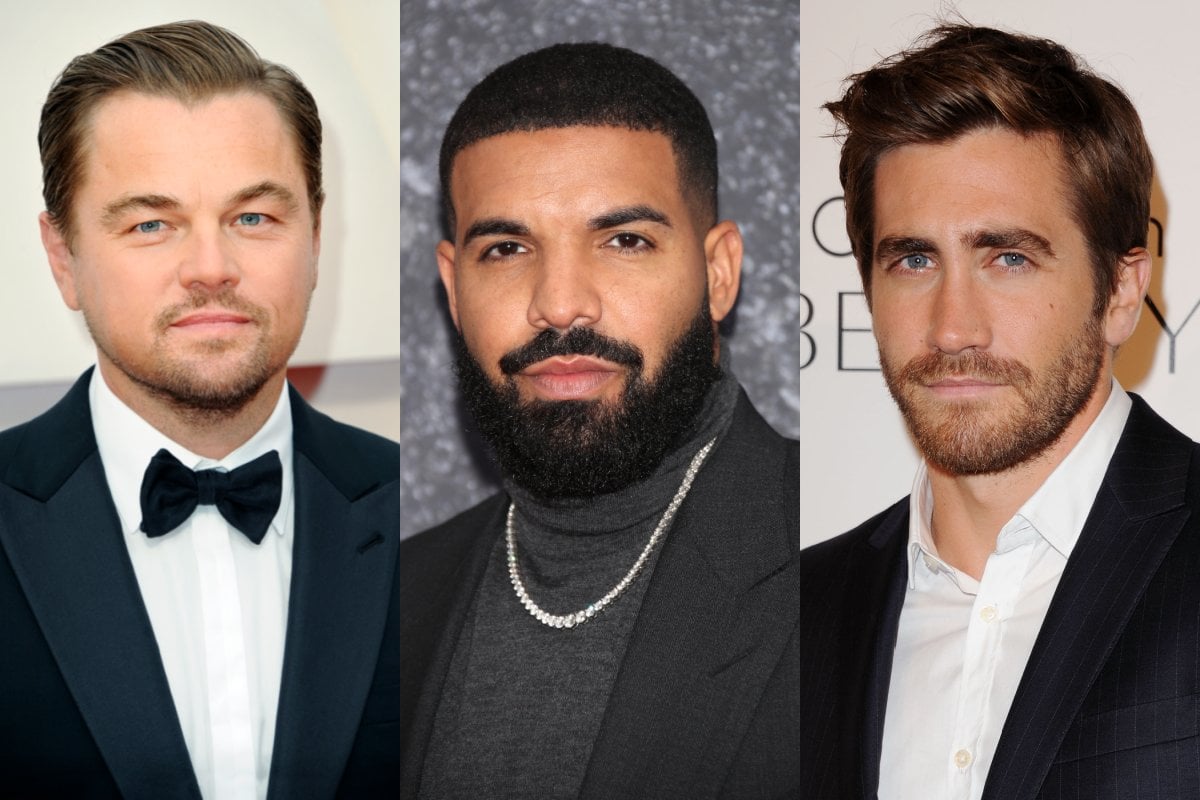 He dates models, preferably who have worn Victoria's Secret wings, or actresses who are under 25 years old. Then, if they are around long enough to make it to their mid-20s, the relationship soon, sadly, ends. 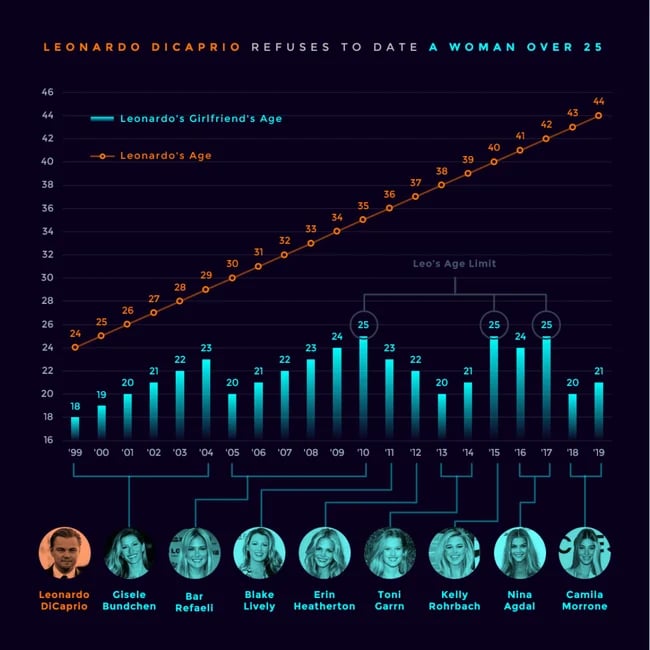 As we can see, as Leo's age goes up, the age of his girlfriend hovers in the early twenties.

The last time the Great Gatsby star dated someone even close to his own age was back in 2005, when he and model Gisele Bundchen ended their five-year relationship. At the time he was 29 (turning 30) and she was 24.

His current relationship with model Camila Morrone has a 22-year age gap. He's 47 and she's 24.

Morrone, whose stepfather is actor Al Pacino, first met Leo when she was just 11 years old.

While Leo's dating history is well-known, he's far from the only actor dating women half his age. This is a common thing - so common we've dubbed it the 'Leo Effect' - and lots of other men are taking part. 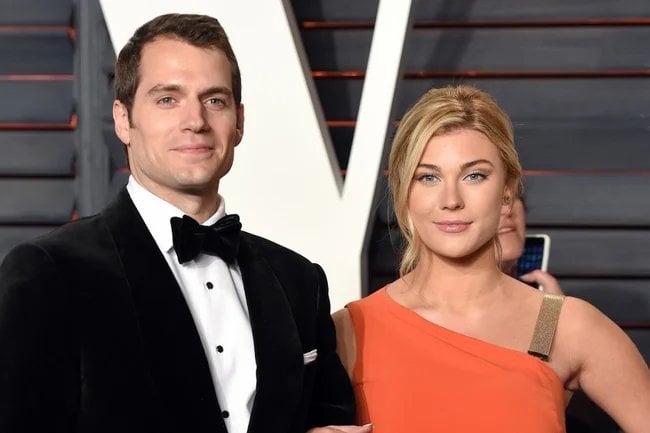 In 2010 Jake Gyllenhaal famously dated Taylor Swift (Maple latte, anyone?). He was 29, she was 20. Following the release of her Red (Taylor's Version) re-recording, the 10-minute version of 'All Too Well' and All Too Well: The Short Film, many people have been re-evaluating their relationship and the age gap.

In 2013, he was linked to Victoria's Secret model Emily Didonato, 10 years his junior. 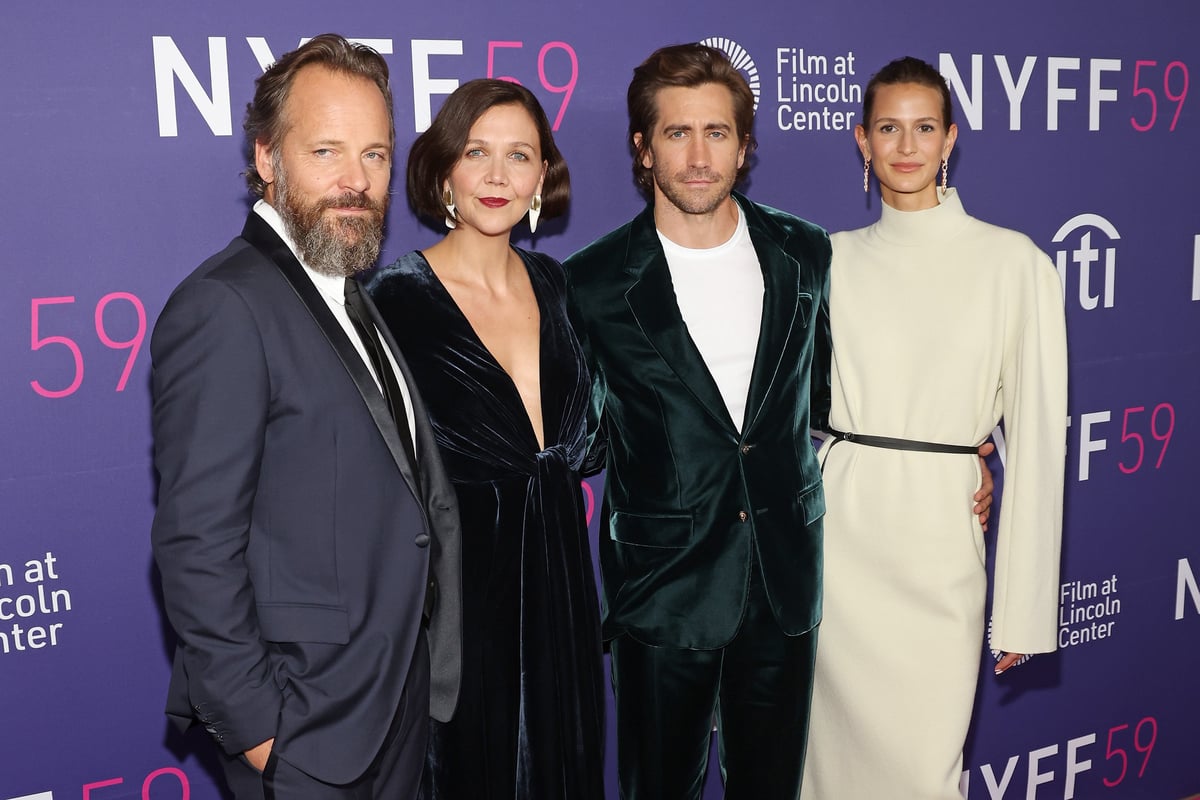 Since 2018, he has been in a relationship with French model Jeanne Cadieu, now 25. She is 15 years younger than him.

In 2016, Drake was linked to Hailey Baldwin (now Bieber) after a couple of dinner dates and paparazzi photos of him wearing a "H" necklace. He was 19 and he was 29 at the time.

As the rumours began, Bella was 18 and had only just graduated from high school. At 13 years his junior, she and Drake had reportedly known each other since she was 16. 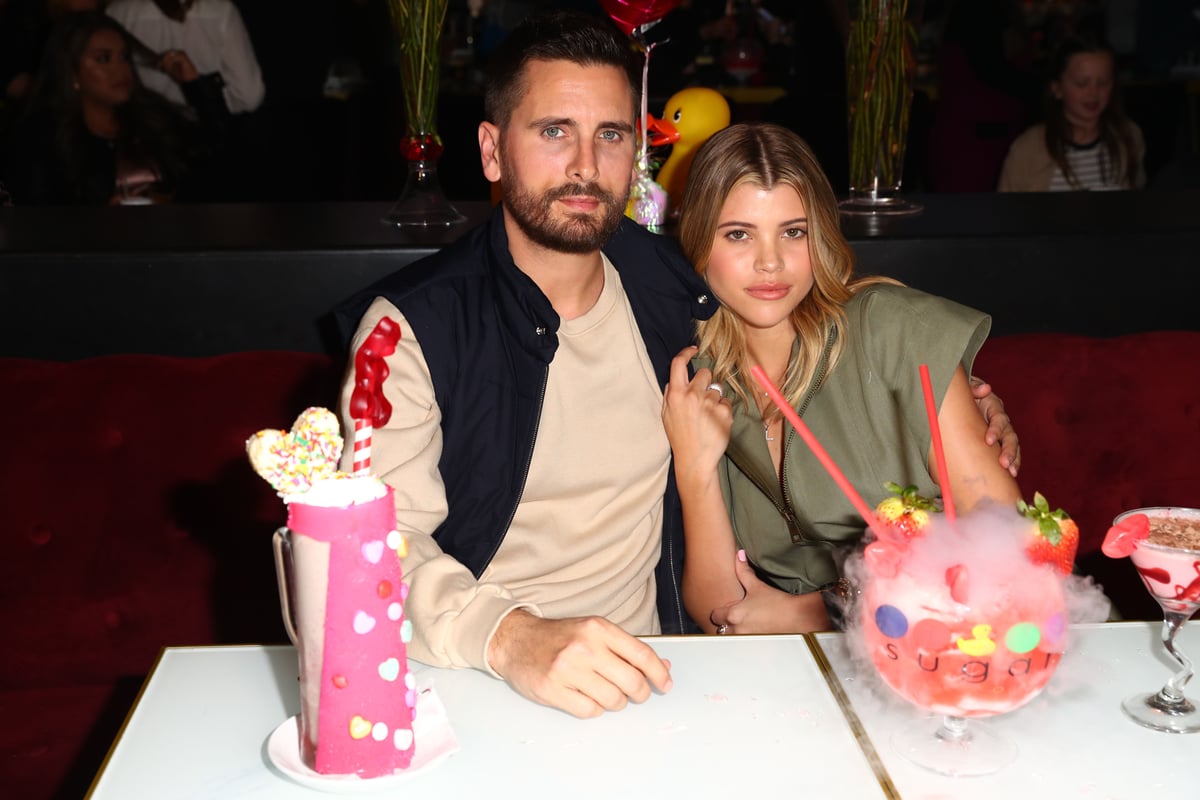 Later that year, he began a three-year relationship with Sofia Richie, who was also 19 at the time.

When Paul Walker died in a car crash in 2013, he was dating 23-year-old Jasmine Pilchard-Gosnell. The pair started dating when he was 33 and she was 16.

Paul had previously been in a relationship with Aubrianna Atwell, who was also 16 when they met. He was 28 at the time.

At age 24, Wilmer dated 17-year-old Lindsay Lohan, but they kept their relationship private until her 18th birthday.

In 2010, 30-year-old Wilmer began dating 17-year-old Demi Lovato. They were together on-and-off for six years.

And these are only the recent examples.

In 1972, as a 14-year-old, Lori Mattix claimed she lost her virginity to David Bowie. That same year she began a relationship with Led Zeppelin guitarist Jimmy Page, who was in his late 20s.

Marvin Gaye was 32 when he recorded his hit Let's Get It On, about 17-year-old Janus Hunter.

In 1973, 16-year-old Julia Holcomb's mother signed over legal guardianship of her to Aerosmith's Steven Tyler, then 27, so she could travel over state lines when he was on tour.

The phenomenon doesn't seem to be going anywhere either.

While an older man being attracted to a younger woman is a cliche as old as time, and women can date whoever they please, when there's a genuine pattern of these much older men looking to date young women, and in some cases teenagers, that should definitely raise some eyebrows.

This article was originally published on August 5, 2019 and has been updated.

All of these men would come across so many beautiful women of all ages thanks to their jobs. The fact so many chose young teens when they were well into adulthood speaks of something more, and it’s creepy and weird.

Yet women love these blokes

They do? This article seems to attest that they appeal predominantly to teens, not women. Certainly I find nothing attractive or endearing about them.