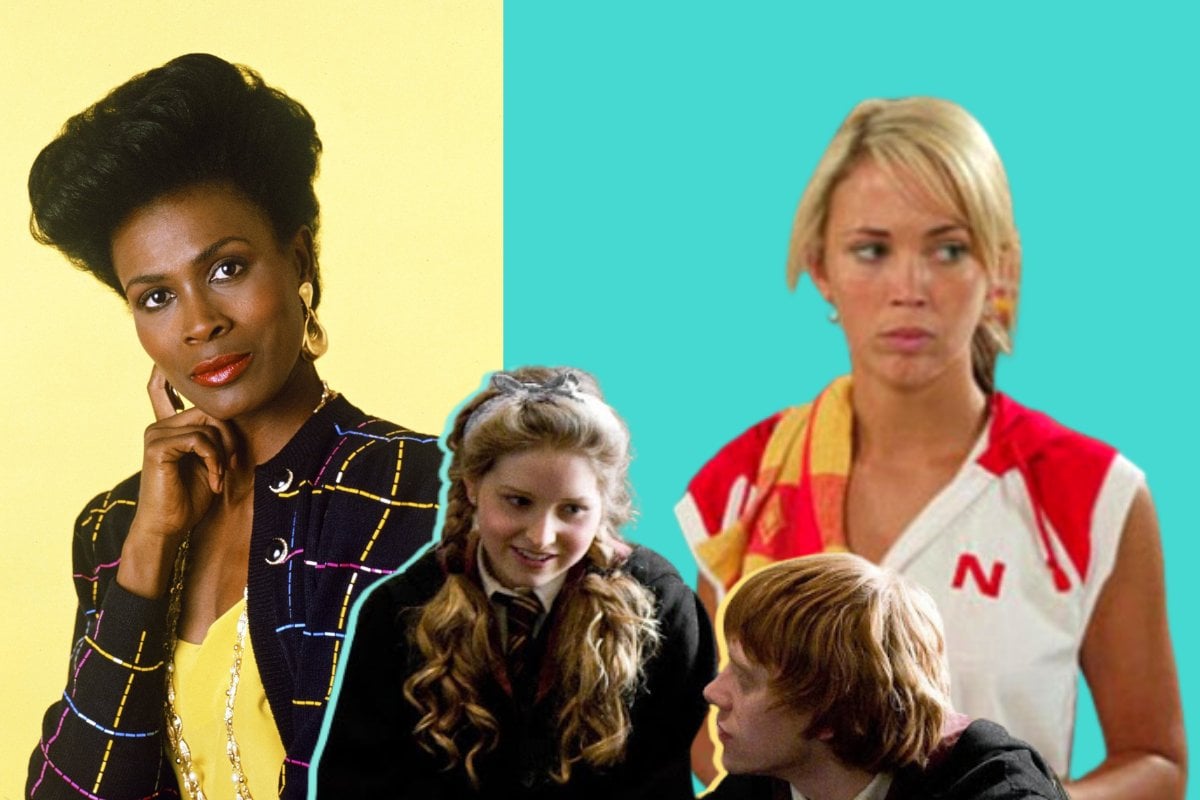 You know when you put on a movie sequel or start a new TV season and you're like... 'who is that?'

There are many reasons why actors are replaced midway through a TV or movie series; some are a bit... dull. Scheduling conflicts, the need to age characters like in The Crown, etc. etc.

But sometimes it's a bit dramatic. Like when there are disagreements over a script, or on set blow ups.

Either way, a sneaky replacement of stars in movies and TV shows is surprisingly common. Occasionally, it's subtle enough we won't notice. But often... it's not. 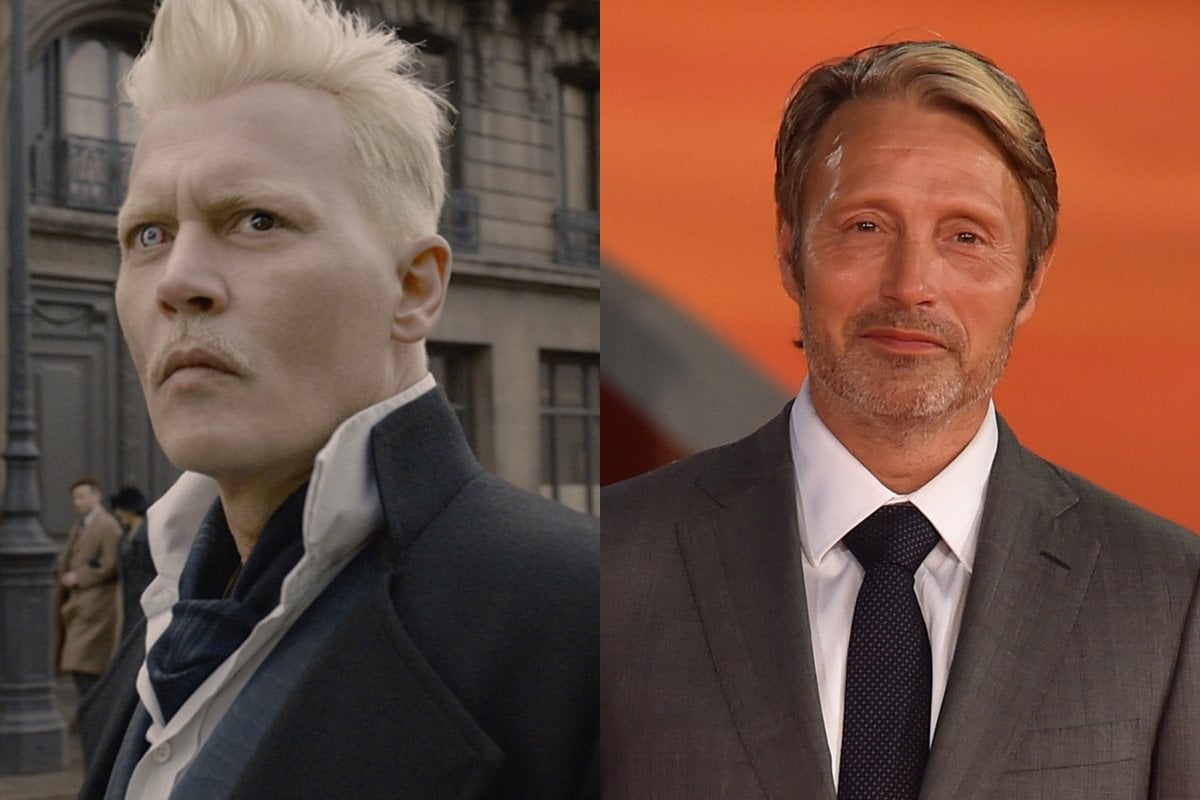 Johnny Depp was asked to resign from his role as Gellert Grindelwald in the Harry Potter prequel series, after losing a libel lawsuit against UK tabloid The Sun for describing him as a "wife beater".

He has been replaced with Danish actor Mads Mikkelsen. 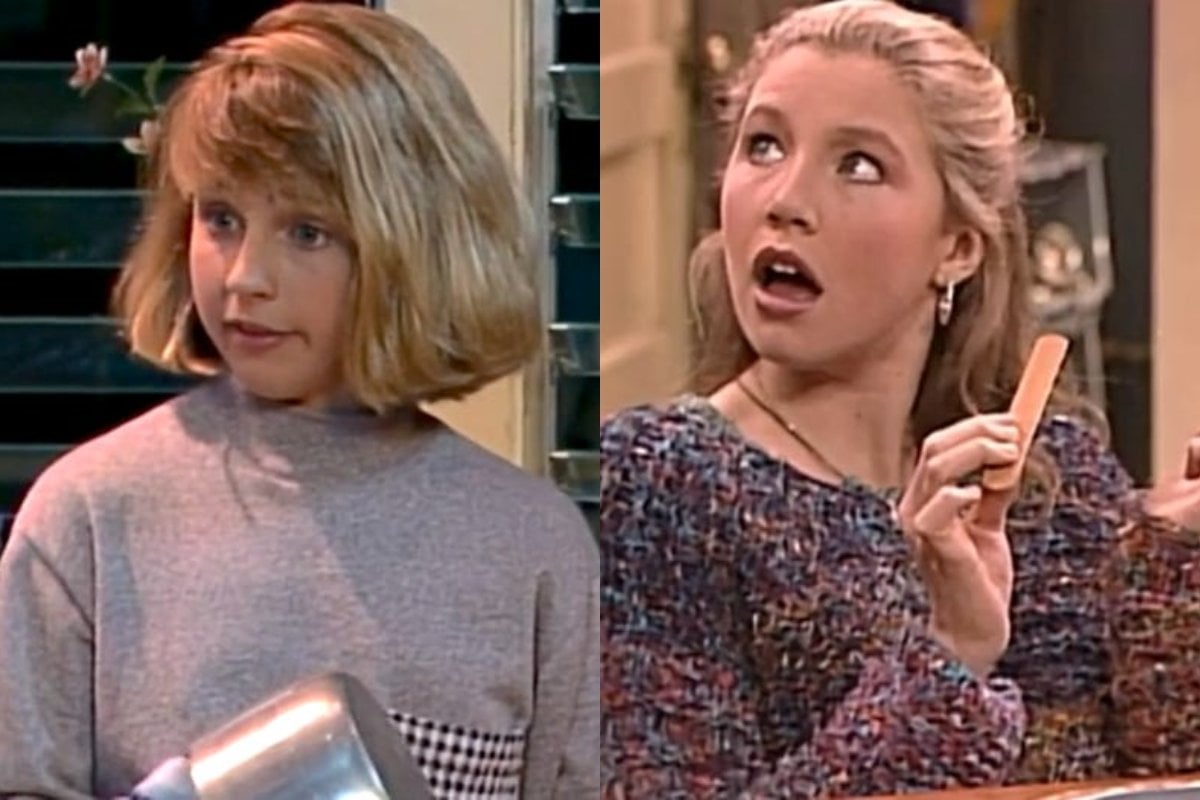 Okay, this gets complicated:

Lecy Goranson was cast as Becky in Roseanne and played her from the beginning to season five, but she then quit the show and Sarah Chalke replaced her.

In the eighth season, Goranson returned with Chalke, and they alternated playing Becky as a running joke.

Chalke then continued into the ninth and final season, and Goranson returned for the 2018 revival. She still plays Becky in spin-off The Conners. 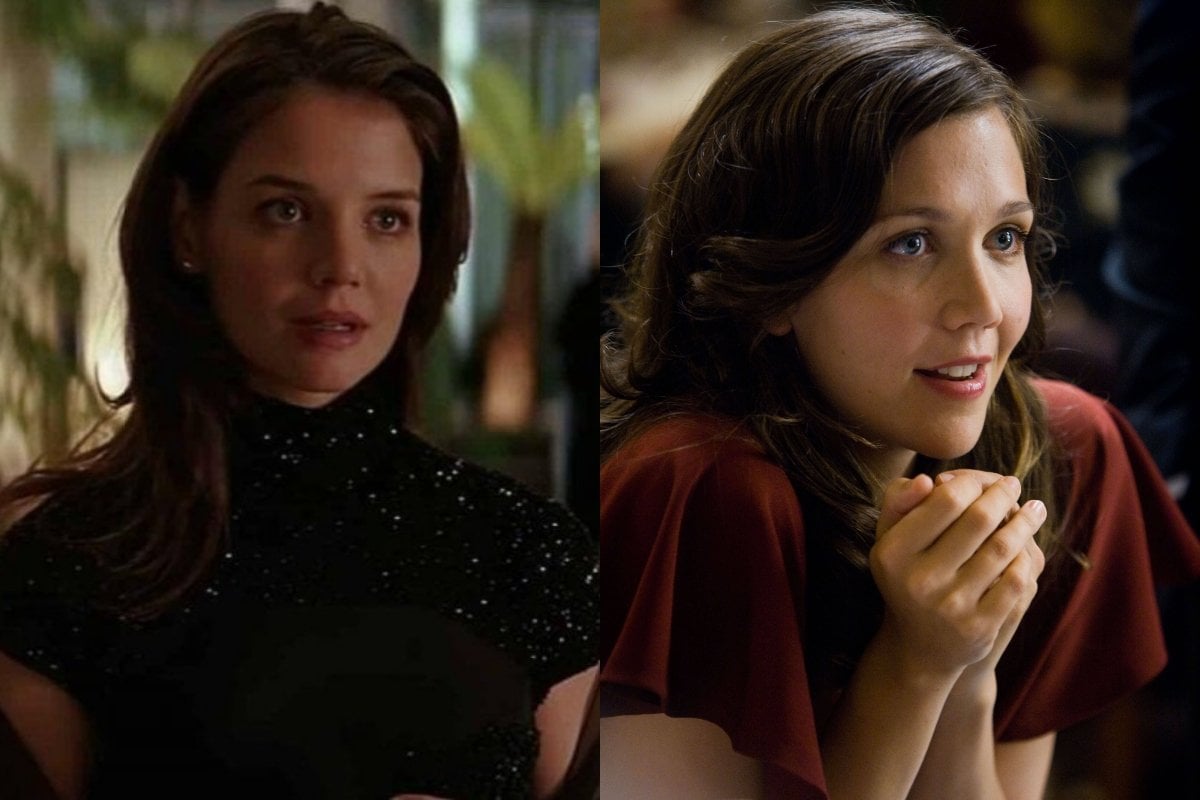 Katie Holmes played Bruce Wayne's childhood friend and love interest Rachel Dawes in Batman Begins and uh, she then turned down the chance to reprise the role in The Dark Knight.

Director Christopher Nolan had wanted her to return, but she decided not to. Exactly why is a bit of a mystery.

Holmes has repeatedly said she doesn't regret the decision but... wouldn't everyone regret turning down a role in one of the greatest films ever made?

Janet Hubert in The Fresh Prince of Bel-Air. 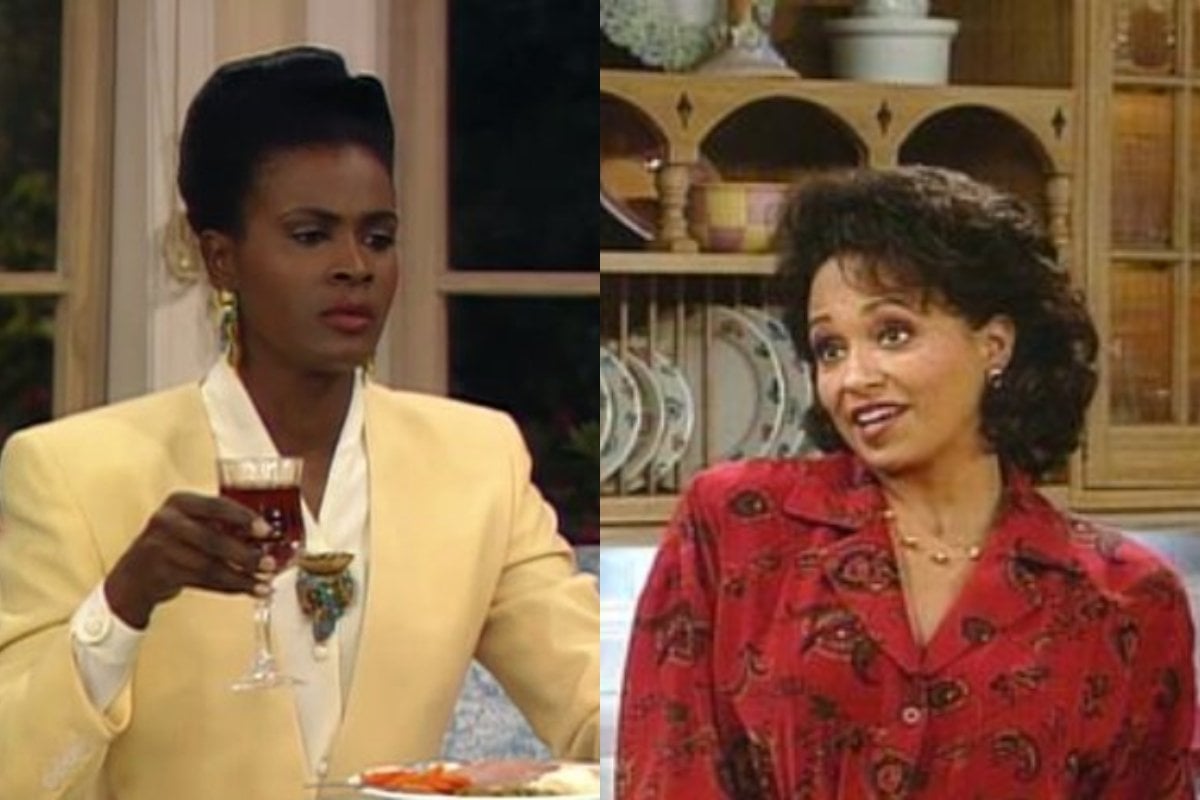 Janet Hubert played Vivian Banks for half The Fresh Prince of Bel-Air's run, but there was some major behind-the-scenes drama that saw her replaced by Daphne Maxwell Reid.

At the time, the reason given was that Hubert was "difficult to work with", though she has since said she was going through some personal issues which impacted her on set.

In 1993, Will Smith told Atlanta radio station: "I can say straight up that Janet Hubert wanted the show to be The Aunt Viv of Bel-Air show because I know she is going to dog me in the press.

"She has basically gone from a quarter of a million dollars a year to nothing. She's mad now, but she's been mad all along. She said once, 'I've been in the business for 10 years and this snotty-nosed punk comes along and gets a show'. No matter what, to her I'm just the Antichrist."

In 2011, Hubert told TMZ she would "never" appear in a reunion for the show.

"There will never be a reunion… as I will never do anything with an a***hole like Will Smith. He is still an egomaniac and has not grown up. This constant reunion thing will never ever happen in my lifetime unless there is an apology, which he doesn't know the word," she told the publication.

Woah. Something clearly changed though, as Hubert did appear on the 2020 Fresh Prince reunion (available on Stan) and the pair hashed it all out - ending with apologies and a hug. 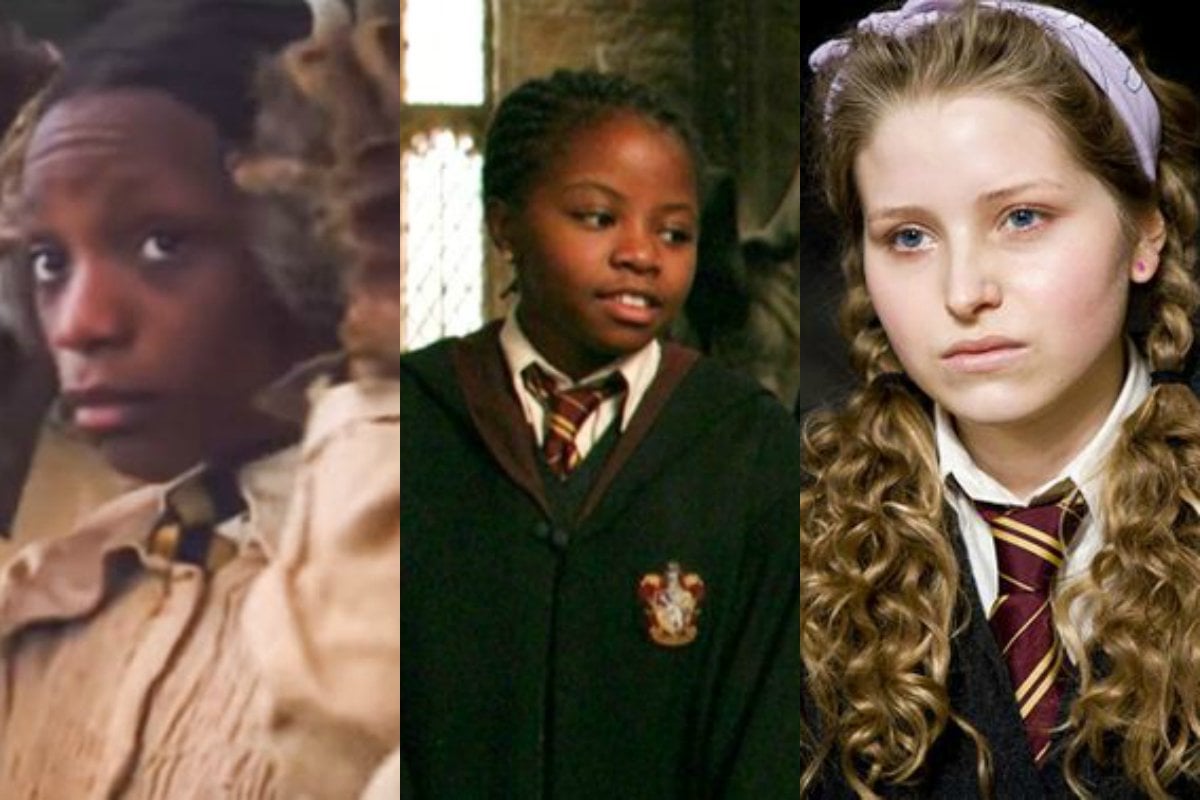 In the Harry Potter movies, Lavender Brown is a bit part until Harry Potter and the Half-Blood Prince, when she becomes Ron Weasley's girlfriend.

Jessie Cave played Lavender in Half-Blood Prince, but the character actually appeared in the second and third films, Chamber of Secrets and Prisoner of Azkaban, played by two different actresses of colour: Kathleen Carley and Jennifer Smith.

Their incarnations of the character never even spoke a word, so fans of the series were not impressed by the recasting which meant she was played by a white actress as soon as she became an important part of the story.

Bec Cartwright in Home and Away. 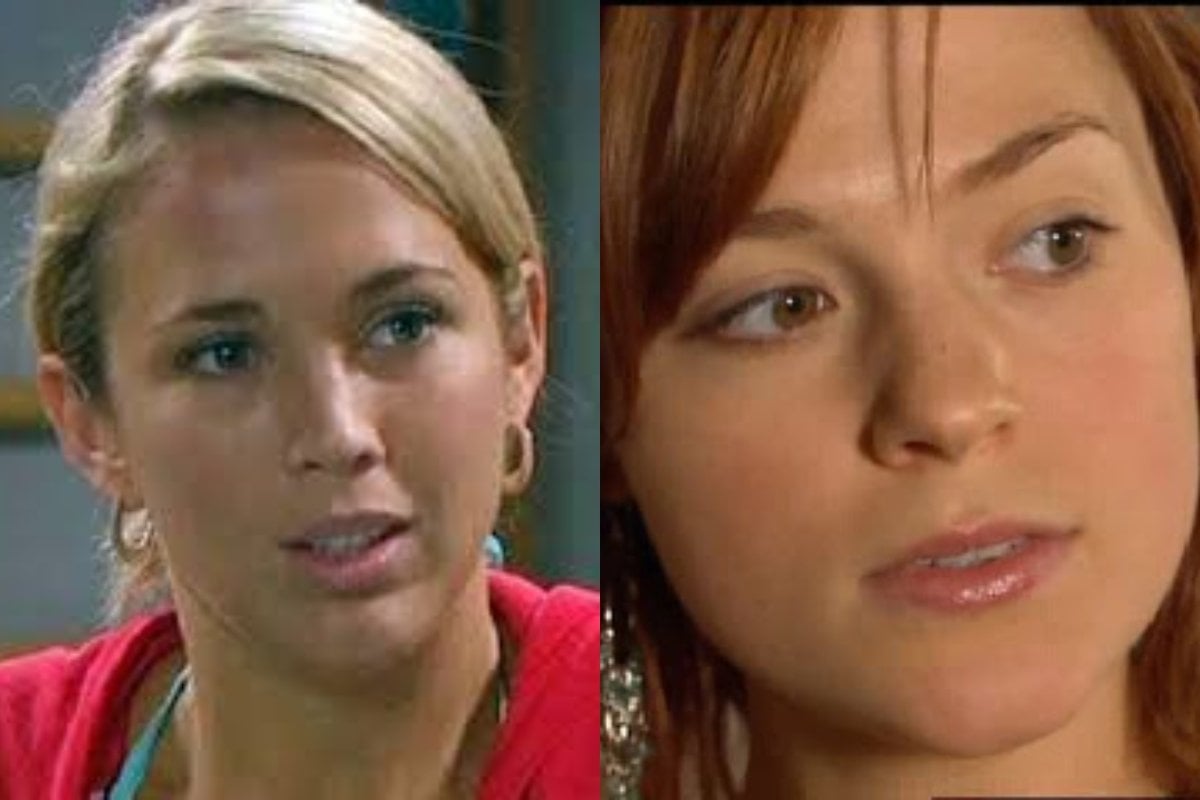 I distinctly remember tuning into Home and Away one average evening in 2005, as I did every damn day because I was 13 and it was the peak of cool, to find an unrecognisable red haired woman sitting in hospital. I was like, "WHO IS THIS PERSON?"

Then another character called her 'Hayley' and I legit thought I had lost my mind.

As it turned out, Ella Scott Lynch had replaced Bec Cartwright as the character, after Cartwright left the show to start her family.

Rachel Weisz in The Mummy. 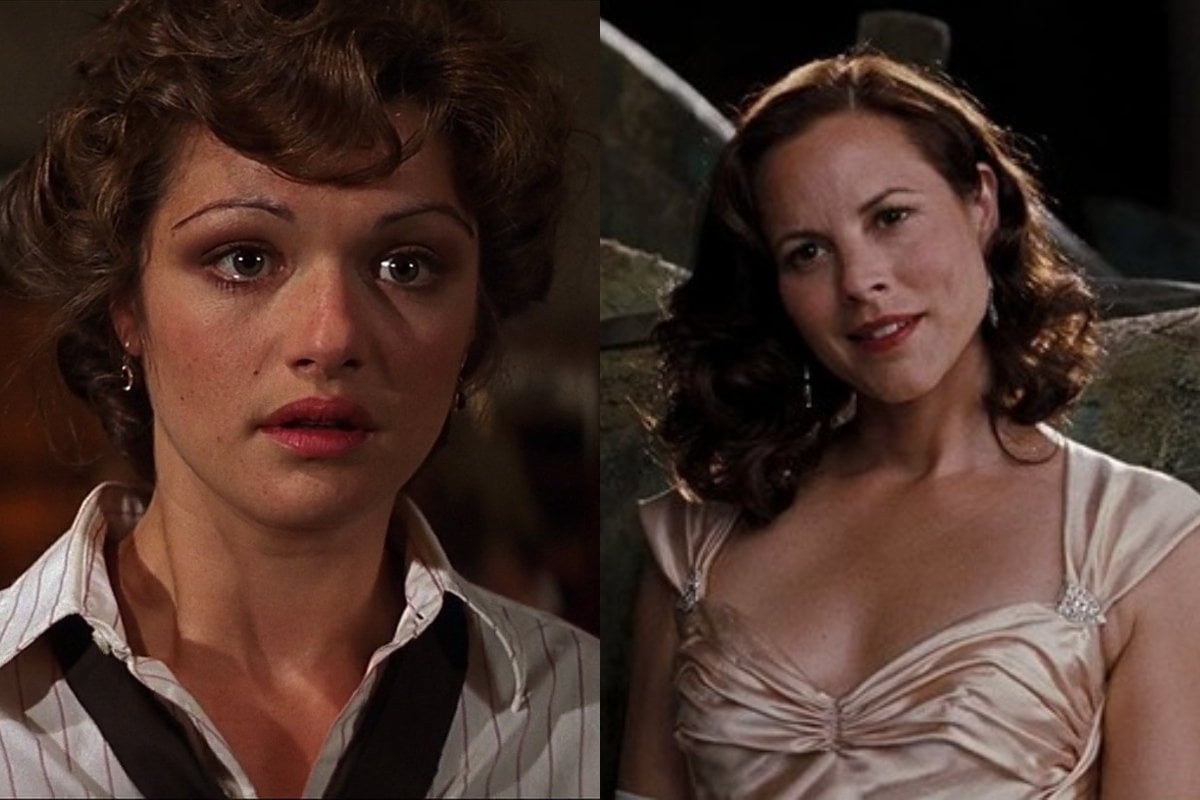 Honestly, one of Rachel Weisz's most important career moves might have been saying no to a third The Mummy film.

The rumour was she opted out of the series' third film over 'severe' problems with the script. Another rumour was started by director Rob Cohen who suggest Weisz didn't want to play the mother of a 27-year-old.

Though in 2008, Weisz said it was due to scheduling conflicts and the fact she had a newborn at home, which meant she couldn't spend five months in China for filming.

Instead, Maria Bello played her character Evie and Weisz dodged a bullet, because the film was a major flop. 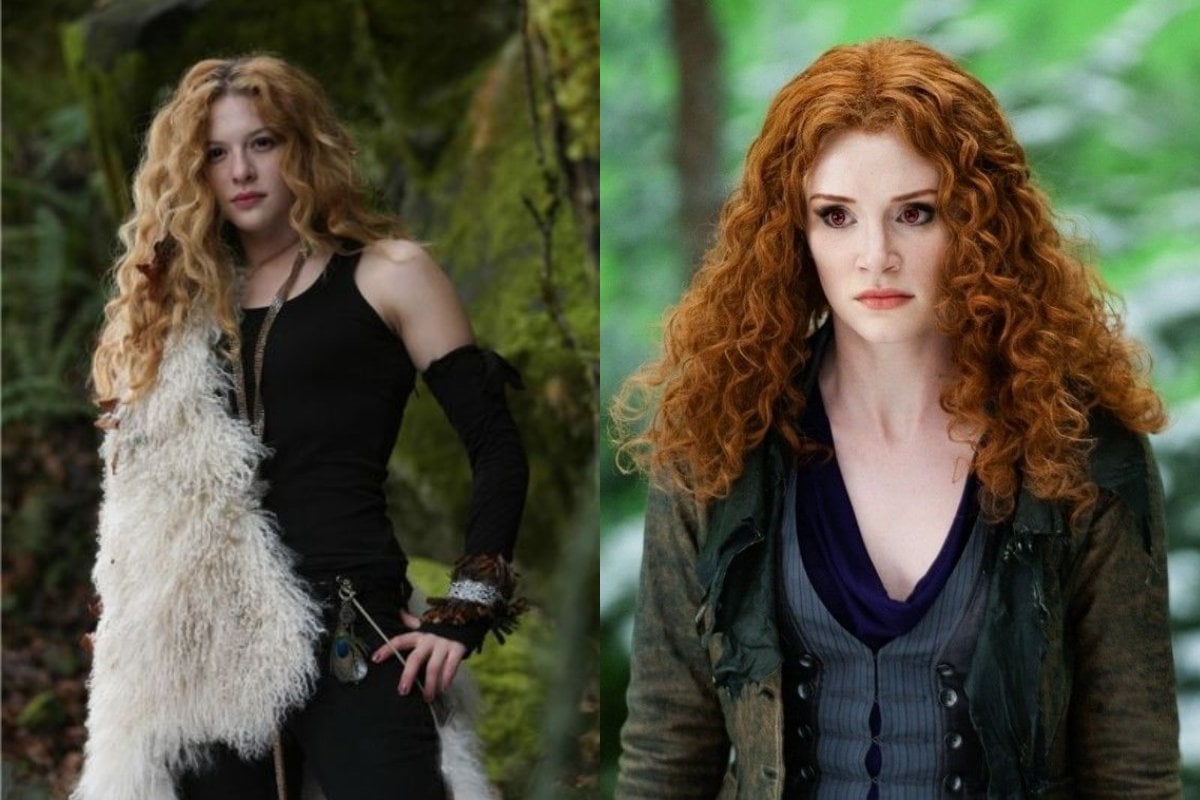 Rachelle Lefevre played vampire Victoria in Twilight and New Moon but in the third film Eclipse, she was replaced by Bryce Dallas Howard due to a 'scheduling conflict'.

But Lefevre wasn't happy about it.

"I was fully committed to the Twilight saga, and to the portrayal of Victoria," she told Access Hollywood. "I turned down several other film opportunities and, in accordance with my contractual rights, accepted only roles that would involve very short shooting schedules.

"My commitment to Barney's Version is only ten days. Summit picked up my option for Eclipse. Although the production schedule for Eclipse is over three months long, Summit said they had a conflict during those ten days and would not accommodate me.

"Given the length of filming for Eclipse, never did I fathom I would lose the role over a 10-day overlap. I was happy with my contract with Summit and was fully prepared to continue to honour it. Summit chose simply to recast the part."

She ended her statement to say she was "greatly saddened" and "deeply hurt".

Precisely all of Game of Thrones.

Ok not quite all, but there was a total of 11 recasts during the eight seasons of Game of Thrones.

A couple of these made sense, such as aging up the Lannister children Tommen and Myrcella, but others were a bit more random.

Daenerys' lover and advisor Daario Naharis was played by Ed Skrein in season three but Michiel Huisman then took over for seasons four through six. It was especially confusing given they look NOTHING alike. 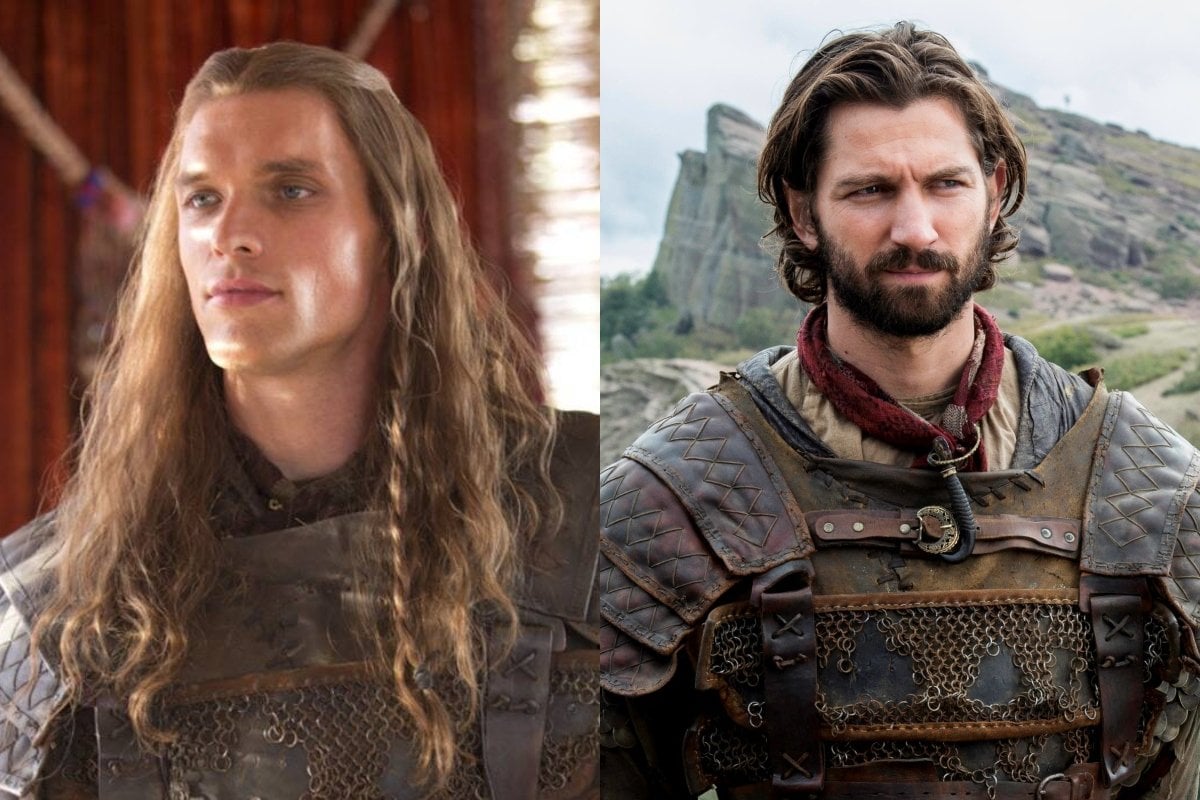 "Nothing is ever as straightforward as it's reported. It was a character that I would’ve loved to have continued to portray," he told the Huffington Post.

The show also switched out original Three-eyed Raven Struan Rodger for Max von Sydow and a bunch of other characters no one remembers because the cast of this show was just... so big.

But get this: THREE different actors played The Mountain. 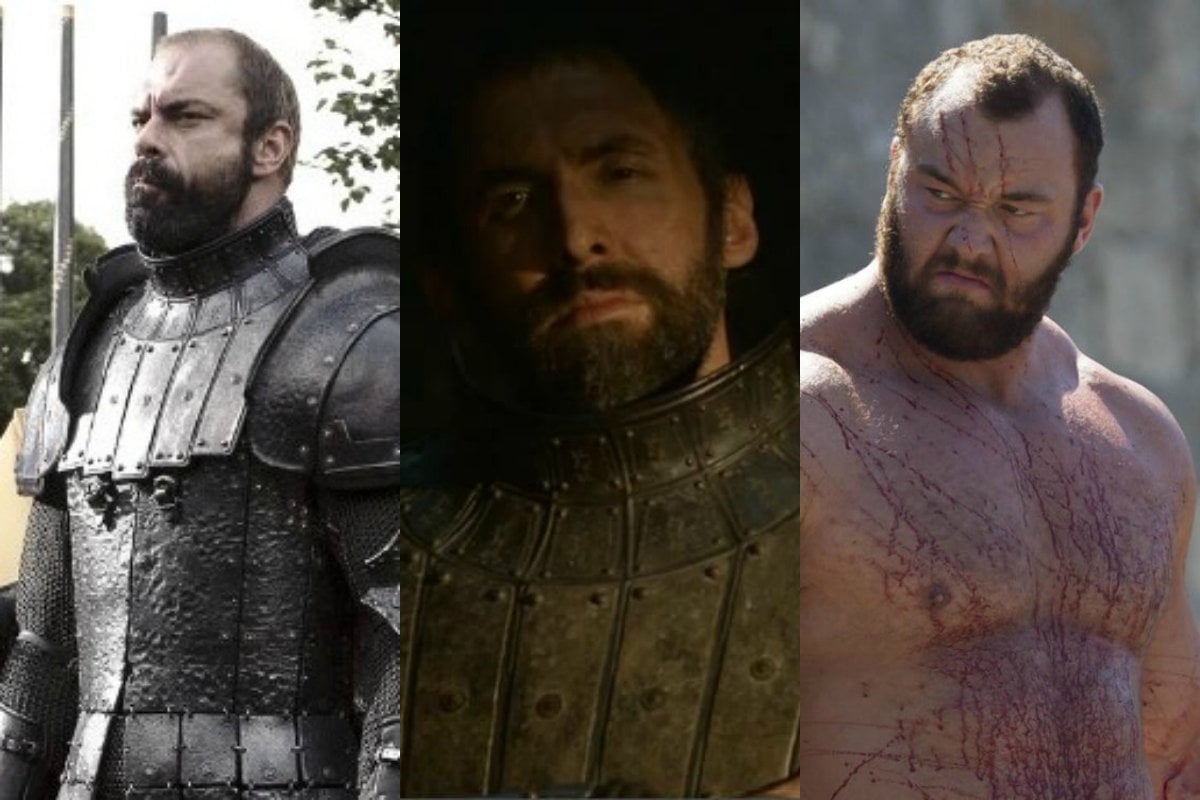 He started out being played by Conan Stevens, who had scheduling conflicts in season two. Then Ian Whyte stepped in. Finally, Icelandic actor Hafþór Júlíus Björnsson took over the role, and got to play all the fun stuff, like crushing Oberyn's skull. Good for him.

Jodie Foster in The Silence of the Lambs. 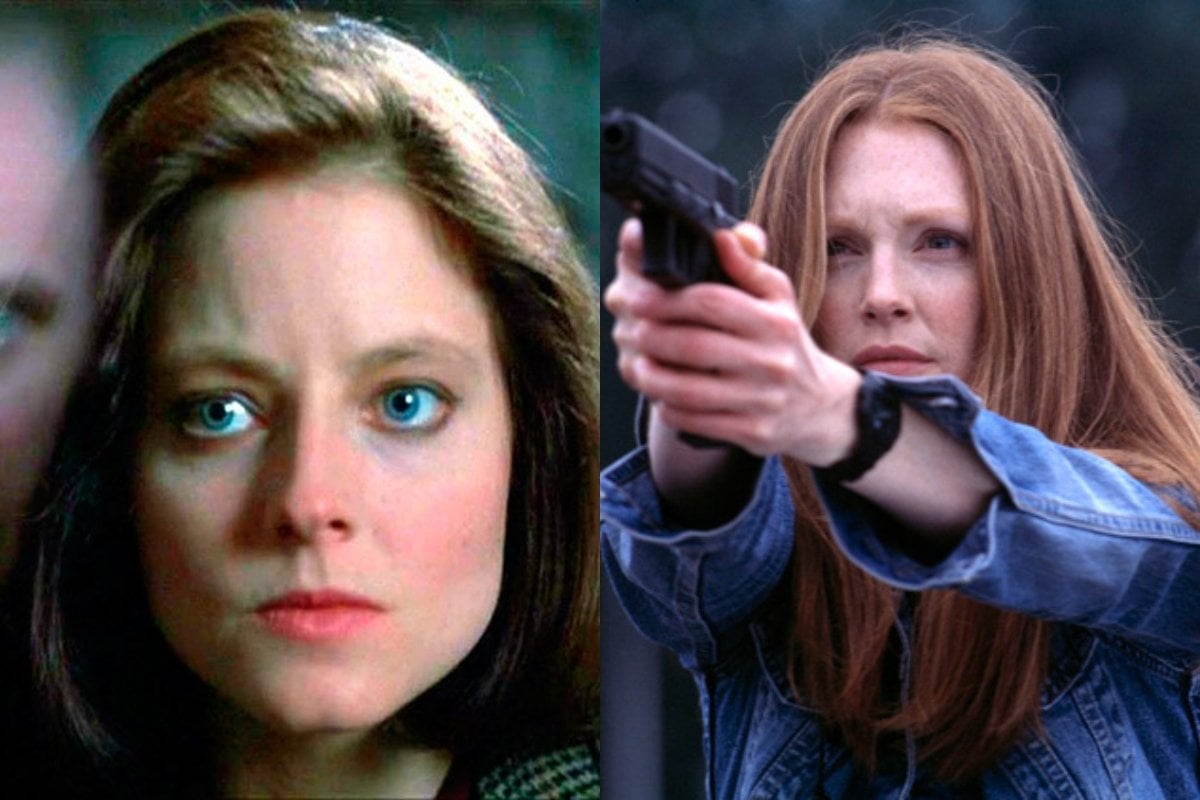 Jodie Foster won a Best Actress Oscar for The Silence of The Lambs, but she opted not to return for sequel Hannibal. She was replaced by Julianne Moore.

There were rumours she didn't like the sequel's script, but she told Total Film she had a more... convenient excuse.

"The official reason I didn't do Hannibal is I was doing another movie, Flora Plum," she said.

"So I get to say, in a nice, dignified way, that I wasn't available when that movie was being shot... I saw Hannibal. I won't comment." Oooof. 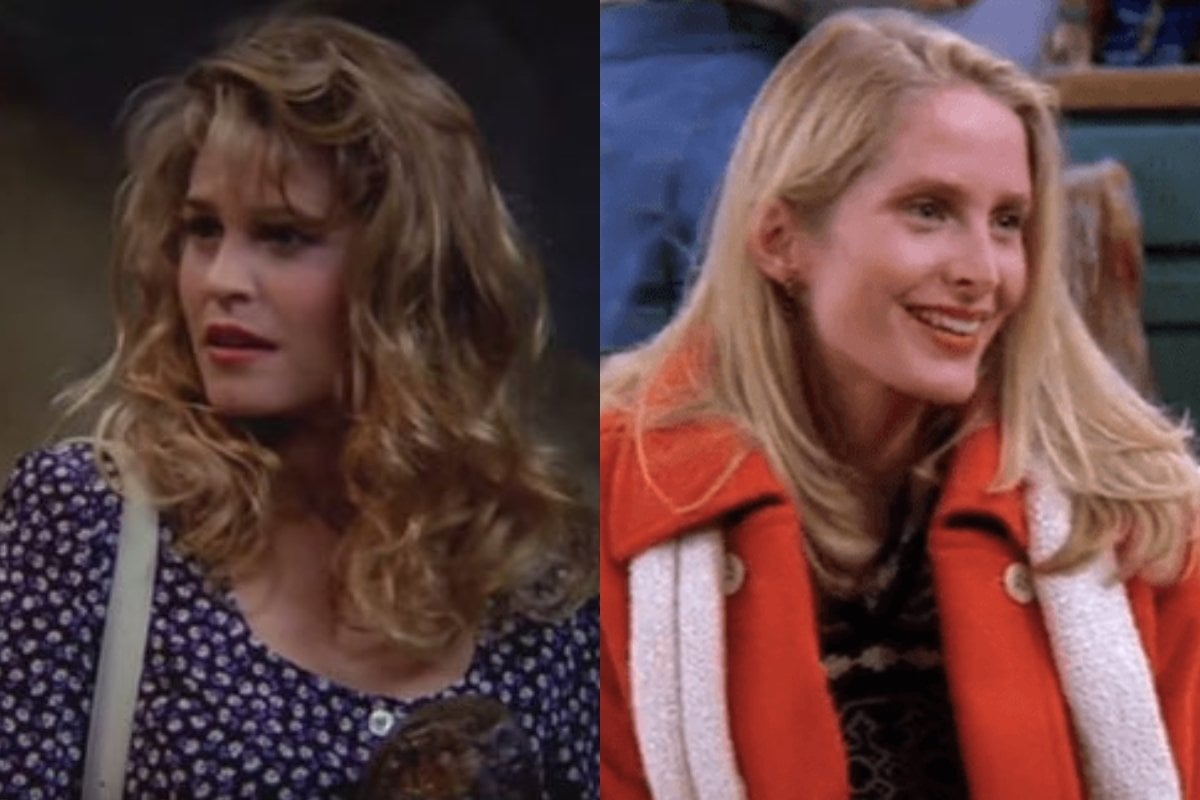 Anita Barone played Ross' ex-wife Carol in just one episode of Friends - but it was a pretty important one, considering it was when Ross found out he was going to be a dad.

She opted out of the show after the episode, allegedly because she didn't think it was a big-enough role. RIP her residual cheques.

Carol was then played by Jane Sibbett for the rest of the series.

Shailene Woodley in The O.C. 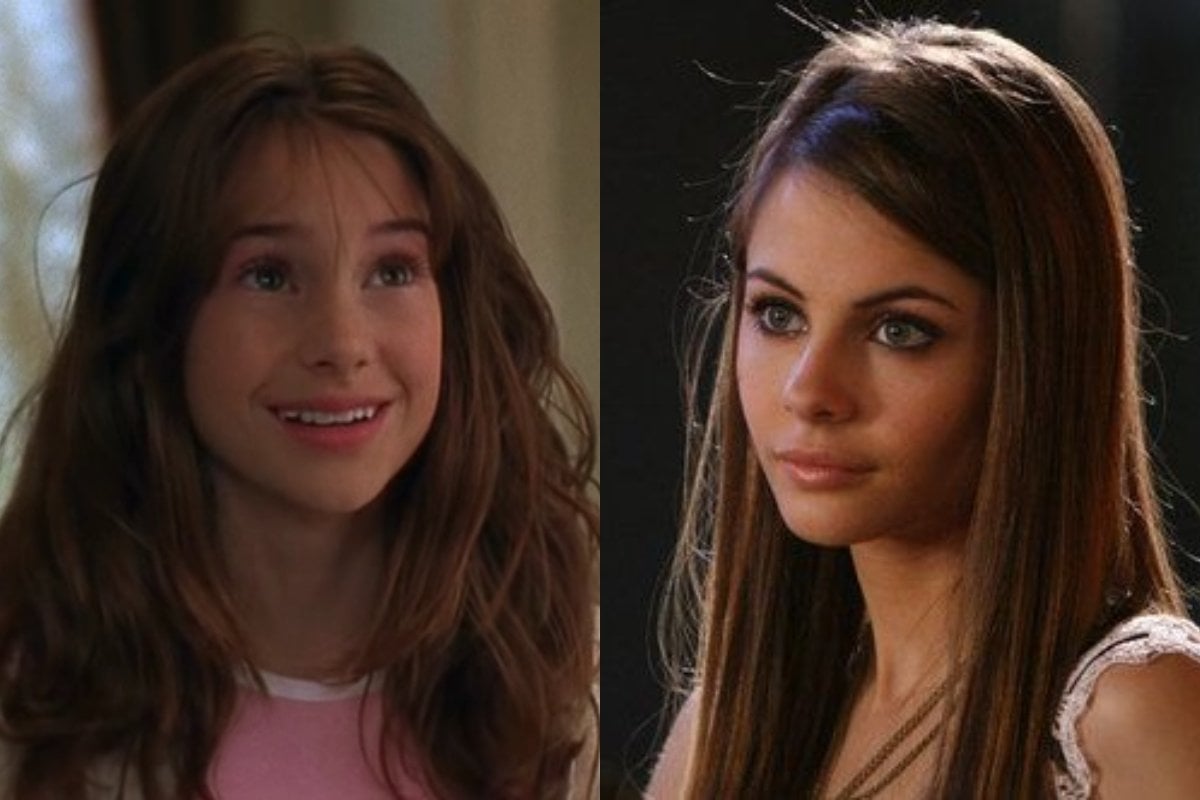 Kaitlyn was then shipped off the boarding school, and when she returned in later season's she was played by Willa Holland. Producers had wanted the character to be a bit older than Woodley was at the time, so they recast her.

Woodley has definitely gone on to be the most successful of the show's cast, so it may have been a blessing in disguise.

Reply
Upvote
‘Jennifer’ in the Back to the Future movies was played by 2 different people in the 1st and 2nd film! They even re-shot the final scenes of the 1st movie in the opening scene of the 2nd with new actress Elizabeth Shu, to authenticate her as the new Jennifer!
L
laura__palmer 2 years ago