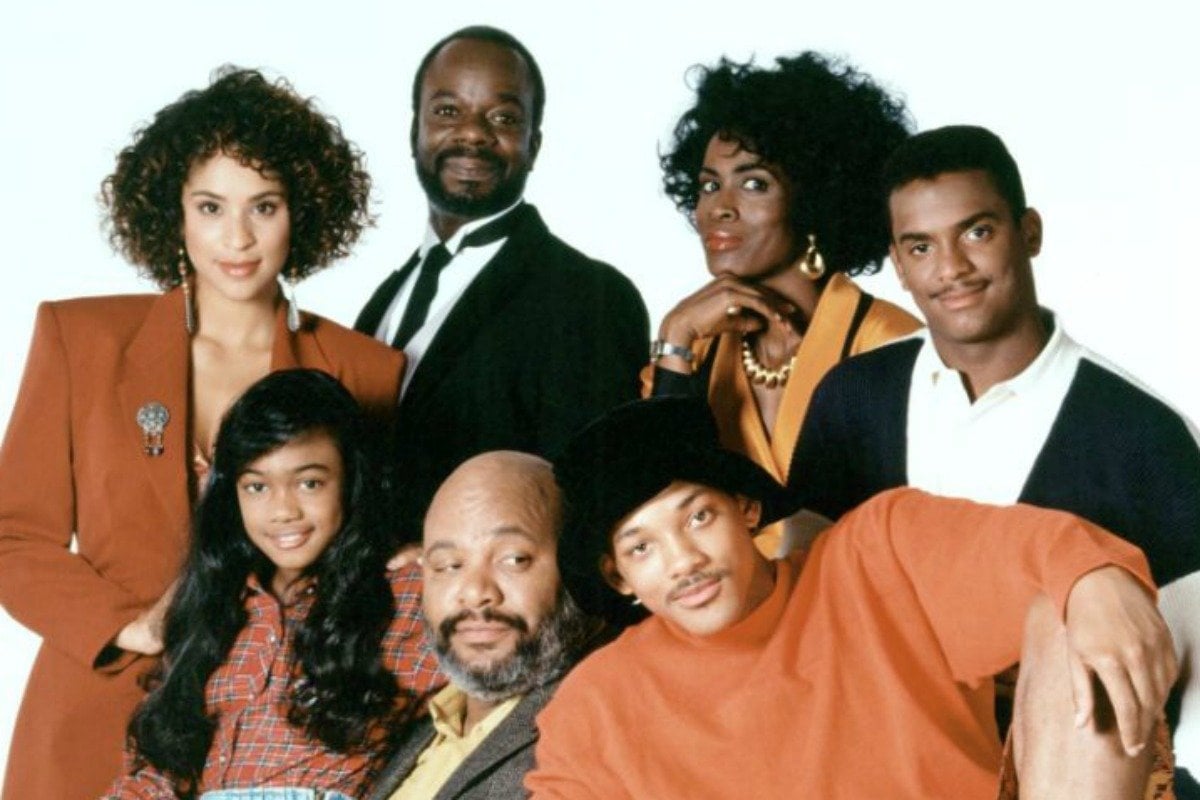 No show quite sums up the 90s like The Fresh Prince of Bel-Air.

The hit American sitcom ran for six glorious seasons between 1990 and 1996 and followed the life of a young Will Smith - a troubled teen born (and raised) in West Philadelphia - who was sent to live with his aunt, uncle and cousins in Beverly Hills.

It was a show that bought us colourful 90s fashion, the iconic 'Carlton dance' and endless laughs.

Now, 30 years on, the cast are getting back together for a long-awaited reunion episode. And yes, we are way too excited about it.

Watch the trailer for the reunion episode of The Fresh Prince of Bel-Air. Post continues after video.

Yep, it seems Hubert and Smith have put their decades long feud behind them for the sake of the show.

"I couldn’t celebrate 30 years of Fresh Prince without Janet," Smith says in the trailer for the reunion episode.

Ahead of tonight's reunion, we decided to take a look back at what the cast are doing now. 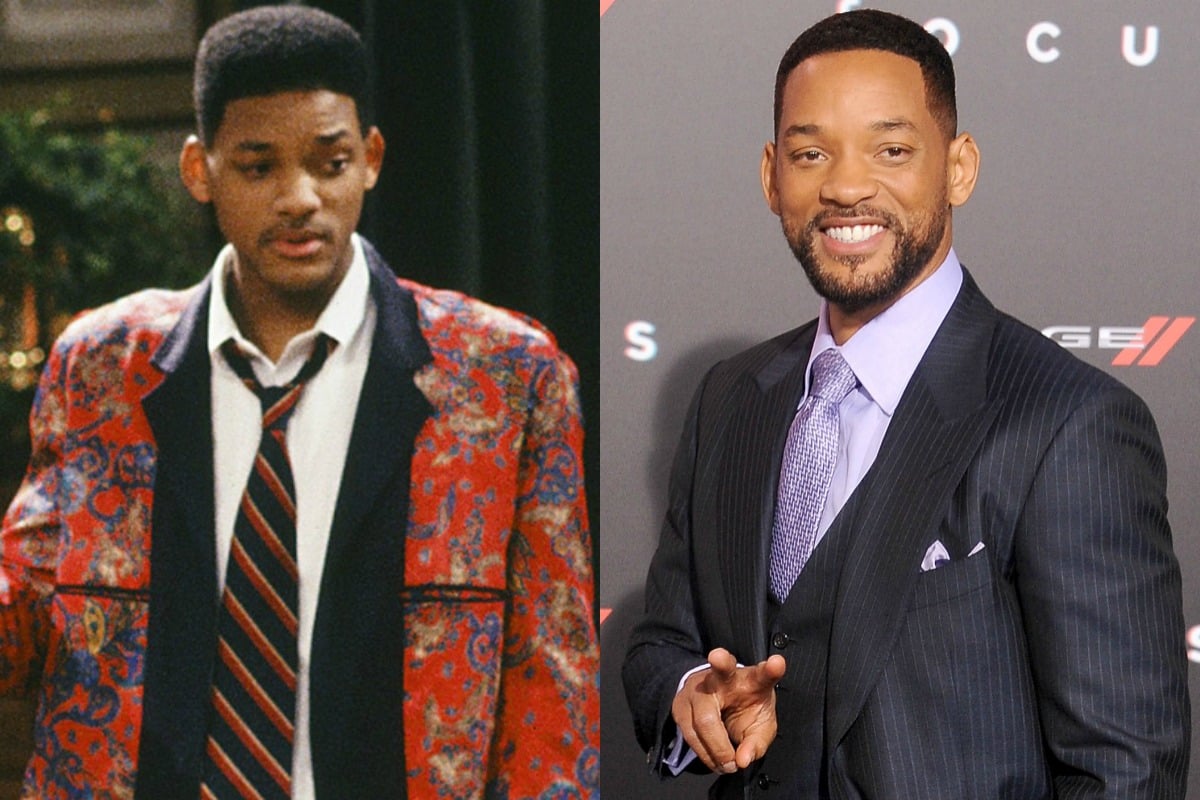 Will Smith, who has seriously not aged a day, has continued to make a name for himself since his breakout role in The Fresh Prince of Bel-Air. The rapper-turned- actor has gone on to appear in major blockbuster films like Men in Black, I Am Legend and the Bad Boys franchise. More recently the 52-year-old stared in Aladdin, Bad Boys for Life and leant his voice to Spies in Disguise.

But there's more to Smith than just acting. He also created and co-wrote episodes of the sitcom All of Us and helped produce a number of films including Annie and This Means War.

Smith has famously been married to actress Jada Pinkett Smith since 1997 and the pair share two kids together, Jaden, 22 and Willow, 20. He also shares a son named Trey with his ex-wife Sheree Zampino. 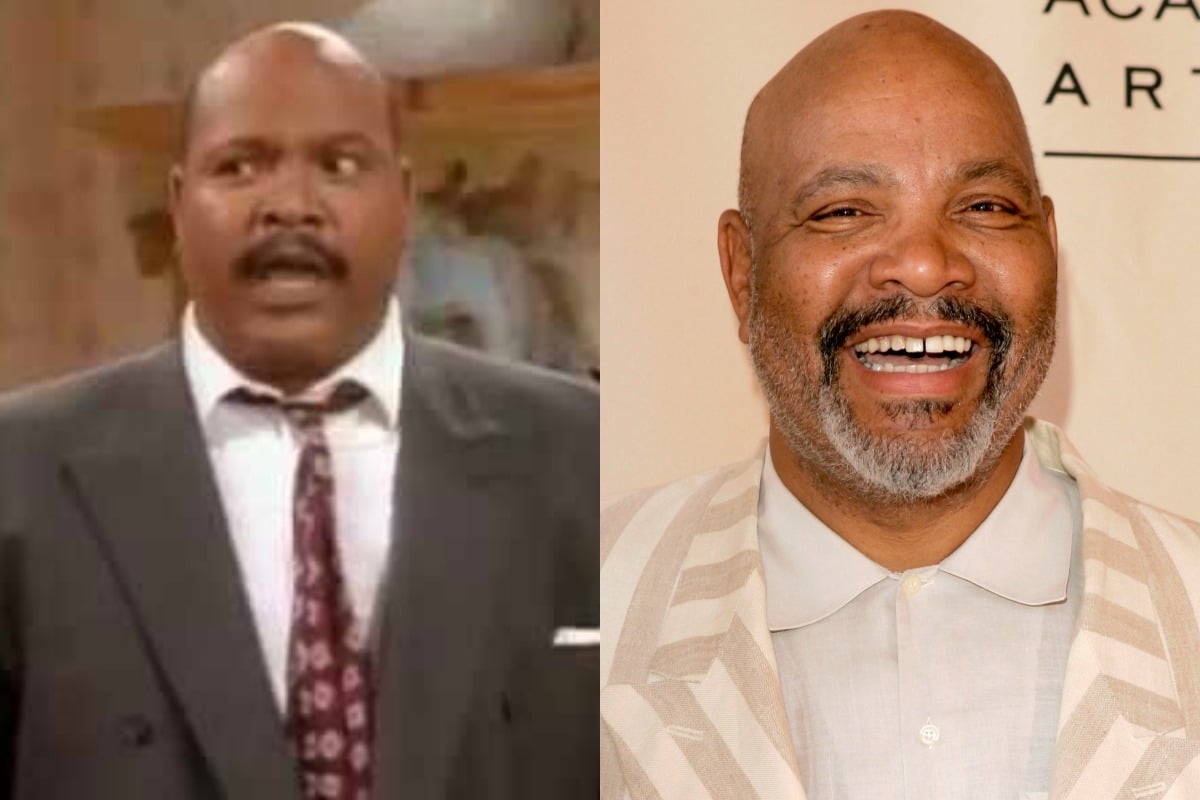 James Avery played stern yet lovable Uncle Phil on The Fresh Prince. Before the show, Avery appeared in a number of TV shows and films and even voiced the character of Shredder on the Teenage Mutant Ninja Turtles TV series.

After sitcom wrapped up, the US Army vet continued acting and went on to appear in The Closer, The Nightmare Room, Dr. Dolittle 2 and That '70s Show.

Unfortunately, Avery later passed away in 2013 after complications from a heart surgery. At the time, Smith shared a heartfelt message about the late actor on Facebook.

"Some of my greatest lessons in Acting, Living and being a respectable human being came through James Avery. Every young man needs an Uncle Phil. Rest in Peace," he wrote.

Avery will surely be missed in tonight's reunion. 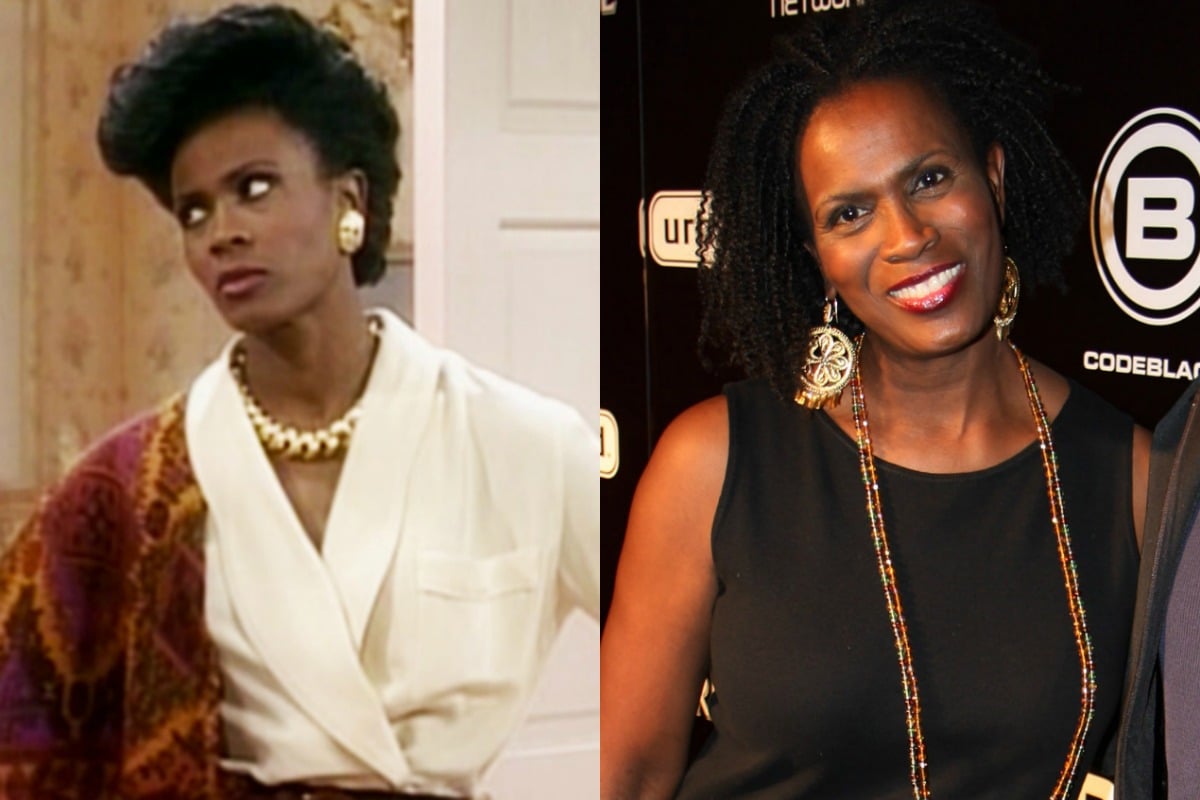 Janet Hubert played Aunt Viv from season one to season three of the show. It was a role that saw her nominated for an NAACP Image Award for Outstanding Actress in a Comedy Series in 1991.

However things quickly went down hill when she fired from the show and replaced by Daphne Maxwell Reid during the final three seasons.

At the time, the reason given was that Hubert was "difficult to work with" however the circumstances of her exit from the show is still heavily speculated. What we do know, is that Hubert and her co-star Will Smith have been locked in very public feud ever since.

Smith previously called out the 64-year-old actress during an interview with an Atlanta radio station in 1993. "I can say straight up that Janet Hubert wanted the show to be The Aunt Viv of Bel Air Show because I know she is going to dog me in the press," he said.

"She has basically gone from a quarter of a million dollars a year to nothing. She’s mad now, but she’s been mad all along. She said once, 'I’ve been in the business for 10 years and this snotty-nosed punk comes along and gets a show'. No matter what, to her I’m just the Antichrist."

In 2011, Hubert told TMZ she would "never" appear in a reunion for the show.

"There will never be a reunion… as I will never do anything with an a**hole like Will Smith. He is still an egomaniac and has not grown up. This constant reunion thing will never ever happen in my lifetime unless there is an apology, which he doesn’t know the word," she told the publication.

With that said, it's not hard to see why fans are straight up shocked to hear she will appear in the 30 year reunion. 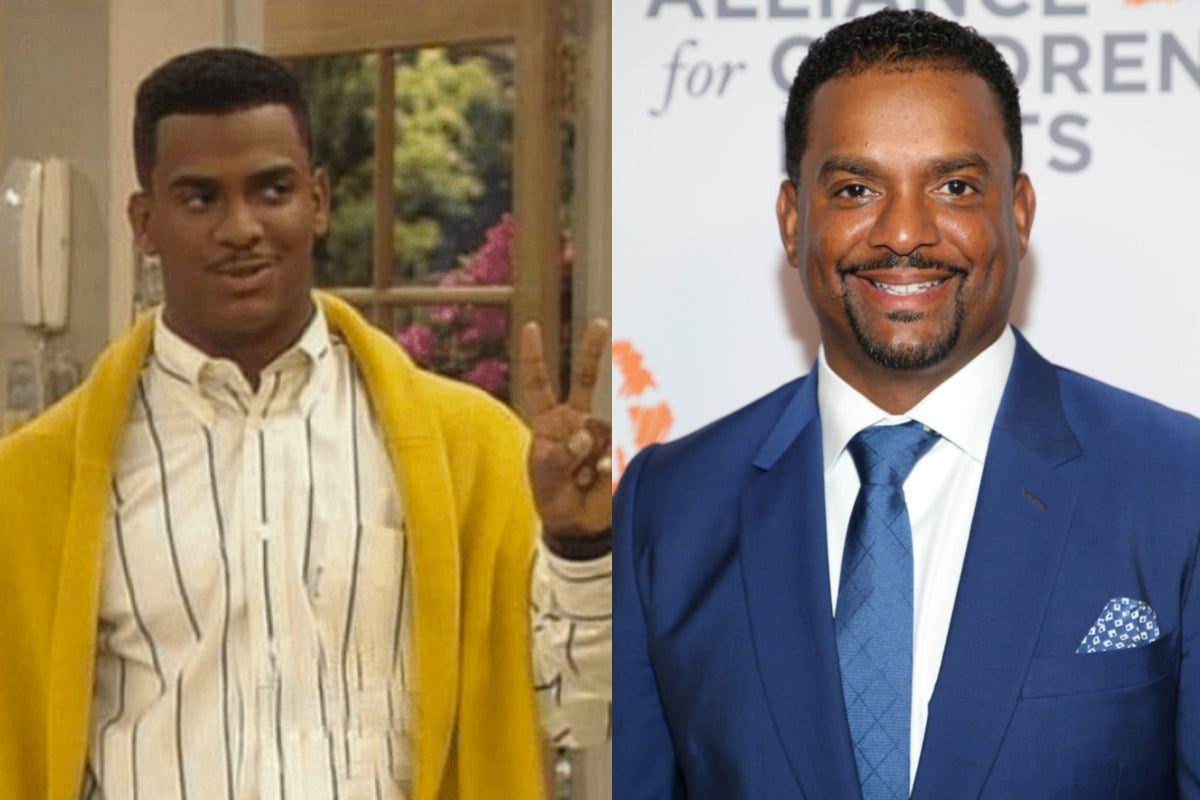 After playing Carlton Banks in The Fresh Prince (and gifting the world with the Carlton dance), Alfonso Ribeiro went on to make a name for himself by starring in TV series Extreme Ghostbusters, Things We Do for Love and 2005 film Lovewrecked.

He also competed in Dancing With the Stars in 2014 and walked away as the mirrorball champion. These days, the 49-year-old stars as the host of America's Funniest Home Videos and continues to make guest appearances in shows.

Outside of his career, Ribeiro is married to Angela Unkrich, who he shares three children with, Anders, Alfonso Jr. and Ava. He also has a daughter named Sienna from his previous marriage to Robin Stapler.

Karyn Parsons has continued acting after playing Hilary Banks in The Fresh Prince. The 54-year-old actress has landed roles in The Job, Melrose Place, 13 Moons and The Ladies Man. She also starred in TV series Lush Life in 1996 which she co-created, co-produced and co-wrote.

In 2019, she released a children’s novel, How High the Moon and is expected to release a second book Flying Free in December this year.

Parsons tied the knot with her husband Alexandre Rockwell in 2003 and the couple went on to have two children together, Lana and Nico. 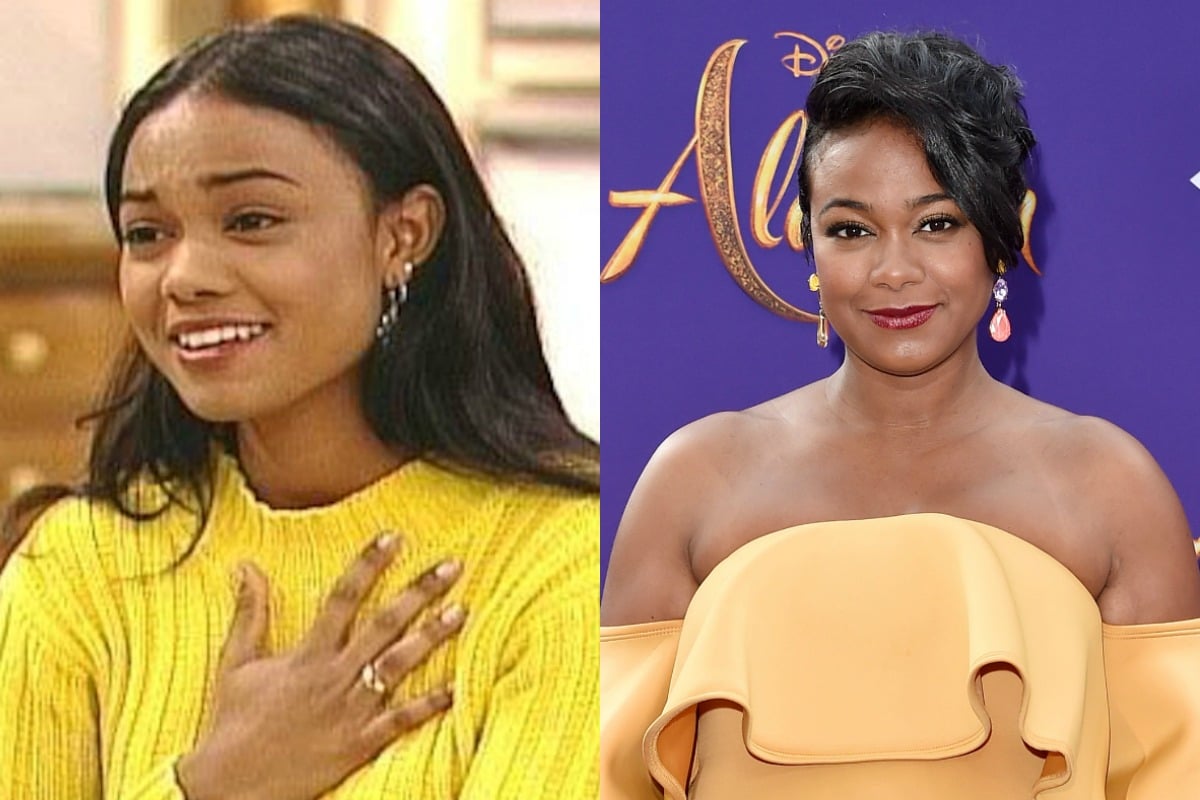 Tatyana Ali has kept herself busy since the show wrapped up. The 41-year-old has gone on to land major roles on The Young and the Restless and Love That Girl! as well as the 2019 film Christmas Hotel.

As well as acting, Ali has also made a career for herself in the music industry. In 1998 she released the song 'Boy You Knock Me Out' with Will Smith before dropping her EP titled Hello in 2014.

But that's not all. She also graduated from Havard in 2002 with a degree in Afro-American history and government.

Ali is currently married to Vaughn Rasberry, who she shares two sons with, Edward and Alejandro, who she welcomed last year. 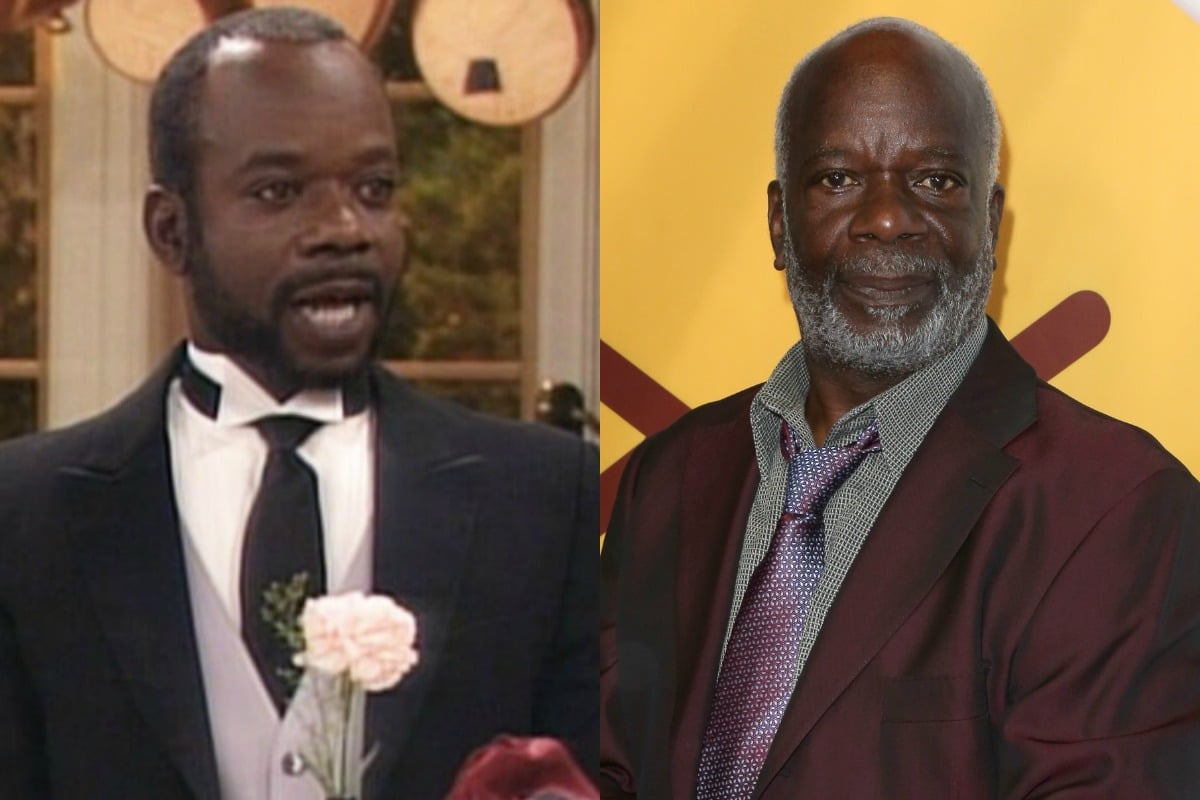 Last but not least, we have Joseph Marcell who played lovable butler Geoffrey on the show. The 72-year-old English actor landed recurring roles on The Bold and the Beautiful and EastEnders after The Fresh Prince and appeared in films The Boy Who Harnessed the Wind and Return to Zero. You may have also spotted him in the psychological thriller Ratched earlier this year.

Marcell is the father of two children who he shared with his wife Joyce.

The Fresh Prince of Bel-Air Reunion Special airs at 8pm tonight on Stan and the full series is available to watch on Stan right now.

Who was your favourite character from The Fresh Prince of Bel-Air? Let us know in the comments below.