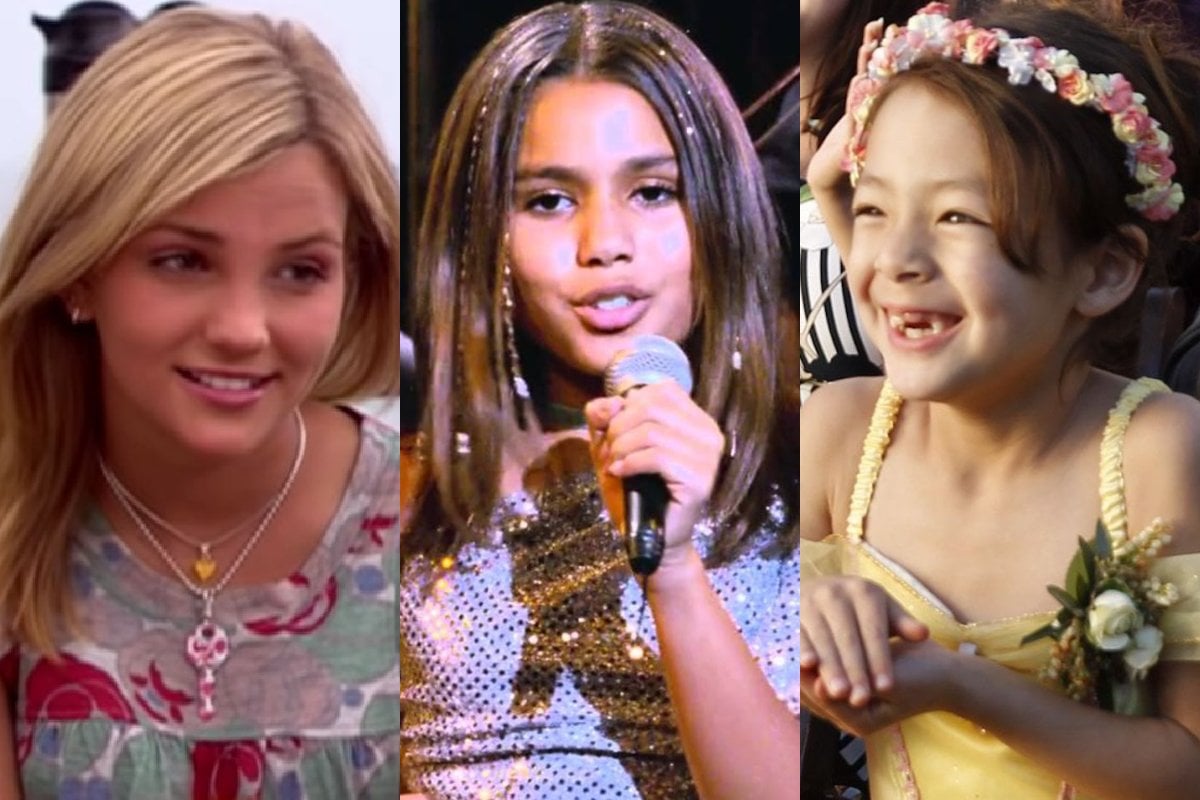 During the 2000s, there were a handful of child stars we grew up with. They taught us about high school, first loves and everything that comes with being a teenager.

But what happened to the actors who played them, all these years later?

From original Disney Channel stars to the kids from our favourite TV shows and movies, here's where all of our favourite 2000s child stars are now. 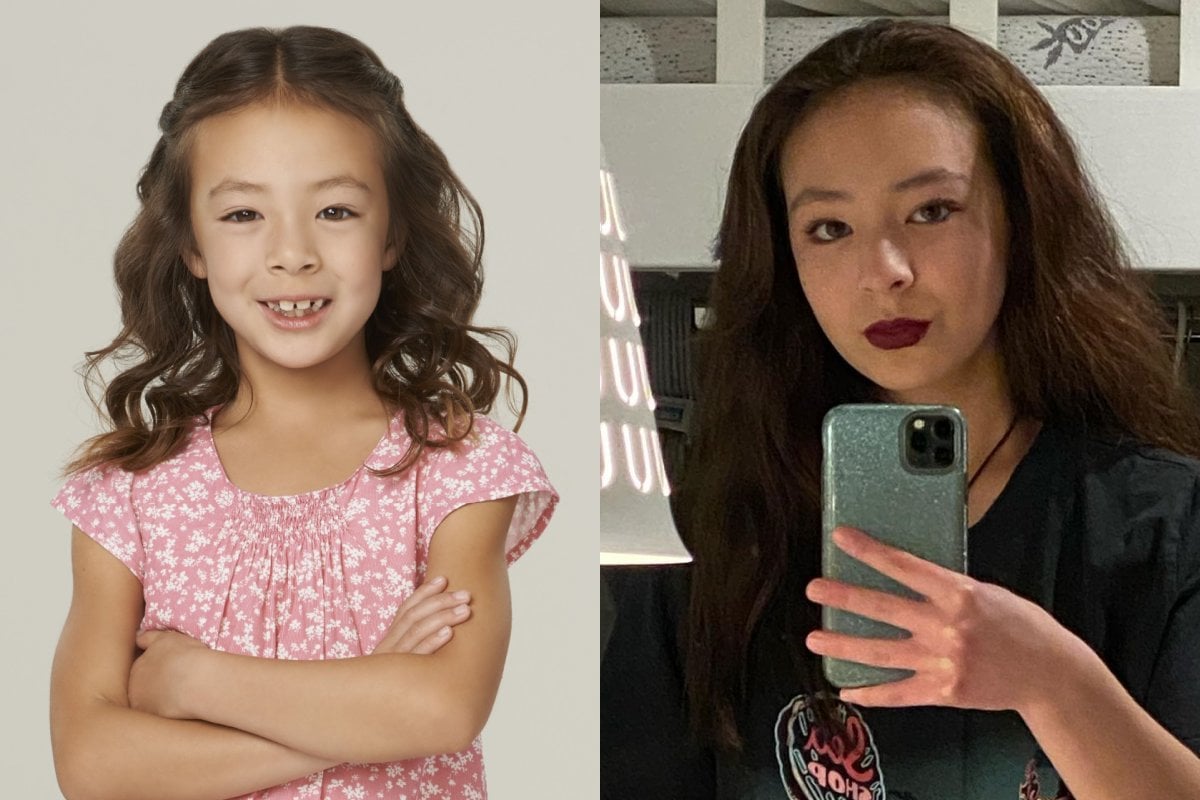 Image: ABC and Instagram. Now she's likely not a name you're familiar with, but you'll definitely remember her face: it's Lily from Modern Family.

Over the past few days, the 13-year-old actress has been sharing some TikTok videos and fans have been astonished by how old she now looks.

OMG thank you all so much! This acc literally blew up over night!!!!! ##foryou

Since filming for Modern Family wrapped in last year, Anderson-Emmons has appeared on Bill Nye's television show Bill Nye Saves the World and the American competition show, Paradise Run, as herself. 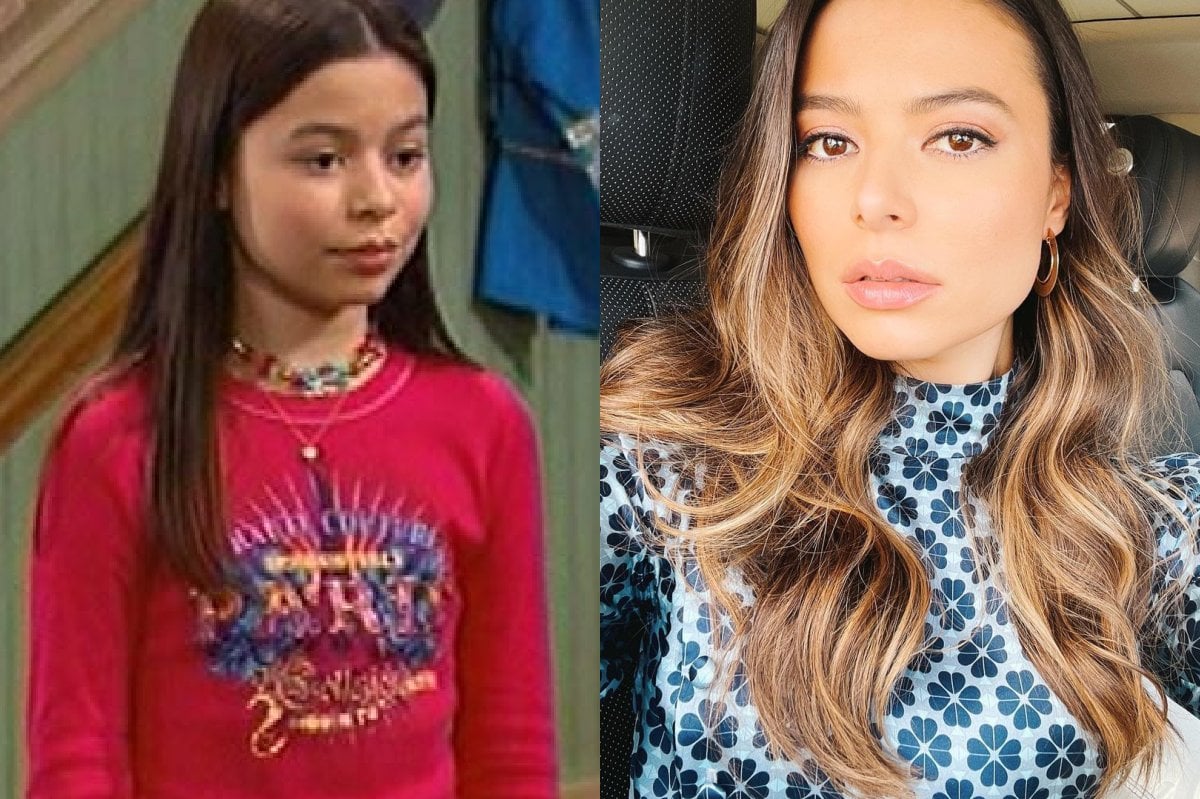 Image: Nickelodeon and Instagram. Miranda Cosgrove was on every tween television show during the 2000s (well, not every show but it definitely felt like that). She started out in the movie School of Rock, before making Nickelodeon her home.

She appeared as the younger sister on Drake & Josh for three years before getting the lead role on iCarly, which she played for the following five years.

Since then, Cosgrove has released her own music, voiced the character of Margot in the Despicable Me movies and played Shea Moore on the American sitcom, Crowded.

She also attended the University of Southern California and studied psychology.

In December 2020, it was announced that Cosgrove will reprise her role as Carly Shay in an iCarly revival. 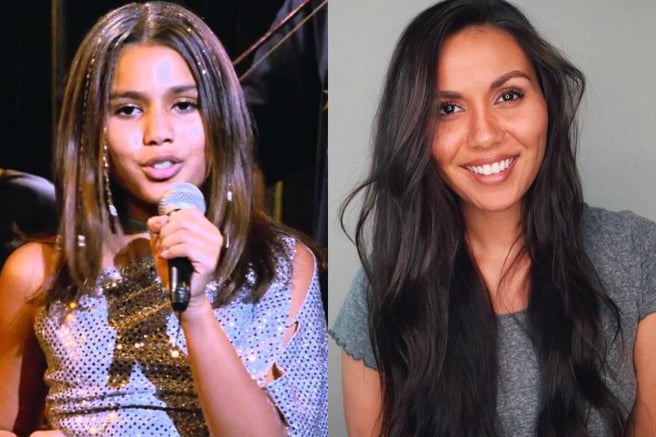 Since the movie, she's been working as a voice actor. Most commonly known for voicing the role of Vanessa Doofenshmirtz in Phineas and Ferb and Marceline the Vampire Queen in Adventure Time. In 2019, she competed on The X Factor: Celebrity. 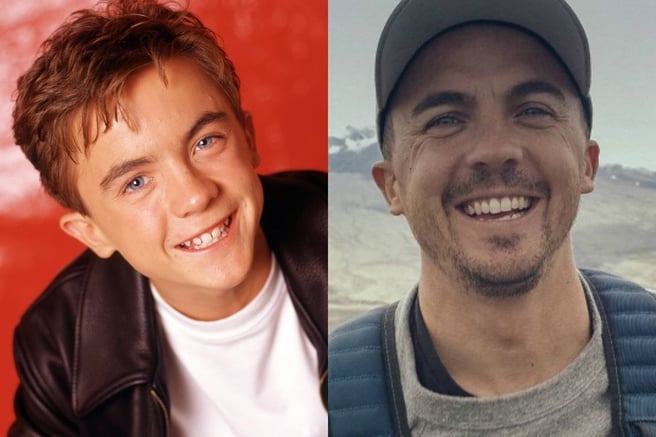 Starring in films such as Big Fat Liar, Agent Cody Banks and Malcolm in the Middle, every teenage girl adored Frankie Muniz in the '00s.

After starring in those roles, Muniz put his acting career on hold to focus on car racing and competed in the Atlantic Championship Series, where he came eleventh.

Then years later, he competed in the US Dancing with the Stars in 2017.

While Muniz was appearing on the show, he was asked to recall events from his childhood and adolescence. He then made the matter-of-fact statement that he has no memory of being on Malcolm in the Middle.

"I'm not actually sure how my memory loss started," he said. "I have had nine concussions and I've had a fair amount of mini-strokes."

Speaking to Entertainment Weekly after his appearance on Dancing with the Stars, Muniz said he had his first 'mini-stroke' (otherwise known as a transient ischemic attack - involving a temporary blockage in the brain) in 2012. He was riding a motorbike and suddenly lost his peripheral vision, and when he returned home, he couldn't recognise his mum or girlfriend. When he went to the hospital he was given no definitive answers.

Despite not understanding his condition, Muniz said, "It’s not something I think about. I don’t go, ‘Oh man I’m really scared, I really need to know.' I just move forward."

Since then, Muniz has hosted Dancing with the Stars Juniors and married his long-time girlfriend, Paige Price. The two own and operate their own olive oil and balsamic vinegar company. 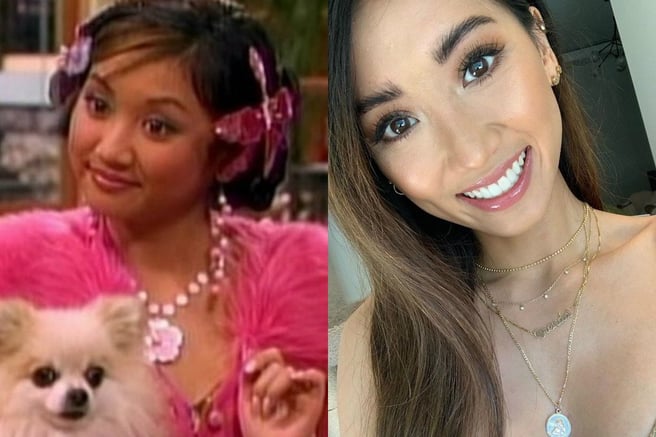 We're sorry, but if you were watching the Disney Channel in the 2000s, you must remember Brenda Song playing London Tipton on The Suite Life of Zac and Cody.

Since then, Song has starred in the political drama Scandal and sitcom New Girl, as well as movies including The Social Network and Secret Obsession.

On a personal note, Song was engaged to Miley Cyrus' brother Trace Cyrus in 2011, but they called it off in 2013. Since 2017, she's been dating another well-known child star, Macaulay Culkin.

Happy 40th birthday to this magical being. I could sit here and write endlessly about how wonderful, kind, loving, genuine, loyal, honest, brilliant and hilarious you are, and how grateful I am that I get to share and do this life thing with you. But firstly, that would take me an eternity and secondly, you won’t even see this because you don’t ever use instagram. Hahaha. My unicorn that I never thought could exist, I am luckiest person in the world because I am loved by you. 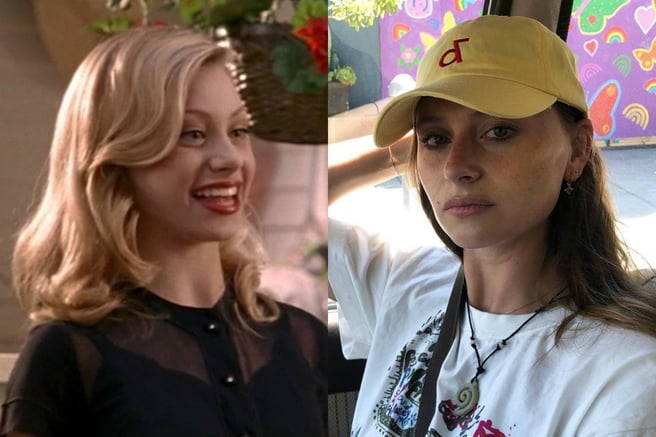 It seems like Aly Michalka starred in everything during the 2000s. We saw her appear on Phil of the Future as Keely Teslow, as well as TV movies including Now You See It... and Cow Belles. She also briefly appeared on the cheerleading TV show Hellcats with Ashley Tisdale.

Since her teen TV days, Michalka started writing her own music with her sister AJ, and in 2015, she married film producer Stephen Ringer.

She starred in TV show iZombie, but hasn't done much acting since. 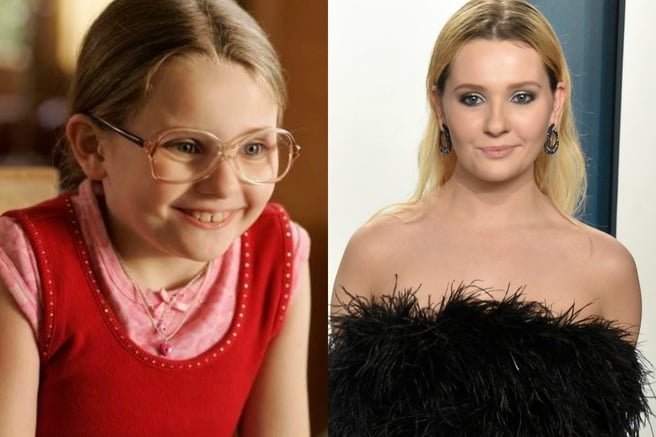 If we thought Aly Michalka was in everything 2000s, we must've forgotten about Abigail Breslin.

Breslin's breakthrough role was in the 2006 film Little Miss Sunshine. Since then, she appeared in No Reservations, Definitely, Maybe and My Sister's Keeper.

After those years where she was in everything, Breslin appeared in more movies such as New Year's Eve, The Call, August: Osage County and the first and second Zombieland.

And from the looks of things, she keeps a pretty low profile out of the spotlight.

Quarantine sucks but i kinda look cute in beanies? #narcissism 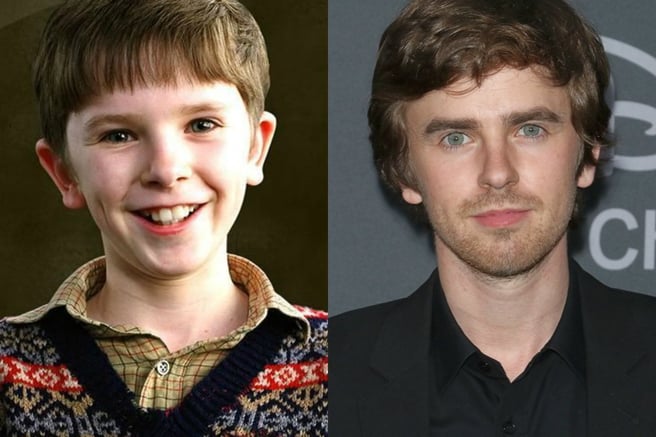 Freddie Highmore played sweet, little Charlie Bucket in the 2005 film Charlie and the Chocolate Factory. And my goodness, he's grown up.

Since he appeared in that film, he's continued his acting career and played various roles such as Norman Bates in the TV series, Bateman's Hotel and Dr. Shaun Murphy in The Good Doctor.

Sadly, he avoids social media and doesn't share any information about his relationship status so that's all the digging we can do. 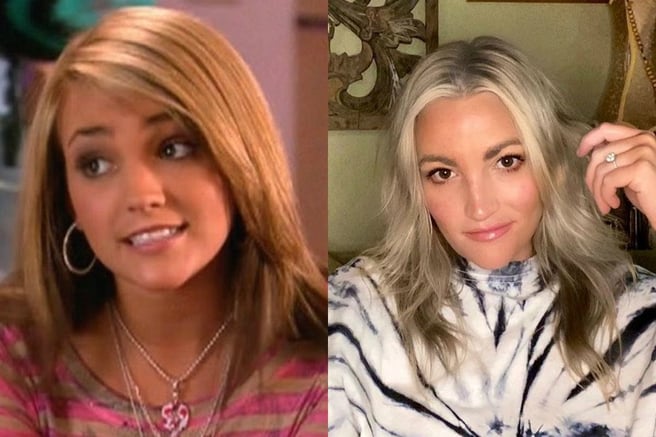 During the '00s Britney Spears' baby sister Jamie-Lynn Spears was pretty popular herself. She appeared on the teen TV show Zoey 101, a show which became the highest-rated television show on Nickelodeon in over eight years.

After three years and four seasons of playing Zoey Brooks, the network cancelled the show. The same year, Spears became pregnant with her first child. She was 16.

Six years after Zoey 101, Spears released a country album called The Journey. She's also done a lot of songwriting for other artists – in 2016, she won an award from the Nashville Songwriters Association.

In March 2014, Spears married businessman Jamie Watson. They welcomed their first child together, Ivey Joan, in 2018.

In 2020, she landed her first big acting role since Zoey 101, playing Noreen Fitzgibbons on Sweet Magnolias. 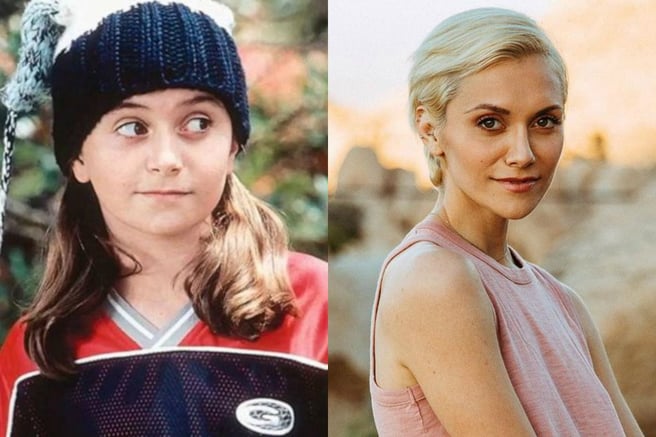 After appearing in the family favourite film Cheaper by the Dozen, Stoner took to our screens in many more '00s classics including Step Up, Camp Rock and The Suite Life of Zack and Cody.

Since then, she has appeared in lesser-known film and TV roles.

Stoner came out in an essay she wrote for Teen Vogue in 2018. She wrote, "I, Alyson, am attracted to men, women, and people who identify in other ways. I can love people of every gender identity and expression."

What day is it anymore? Please tell me. ⁣ ⁣ #Accessibility text: Alyson is wearing honey colored top and has red lipstick on. She is standing against a black background