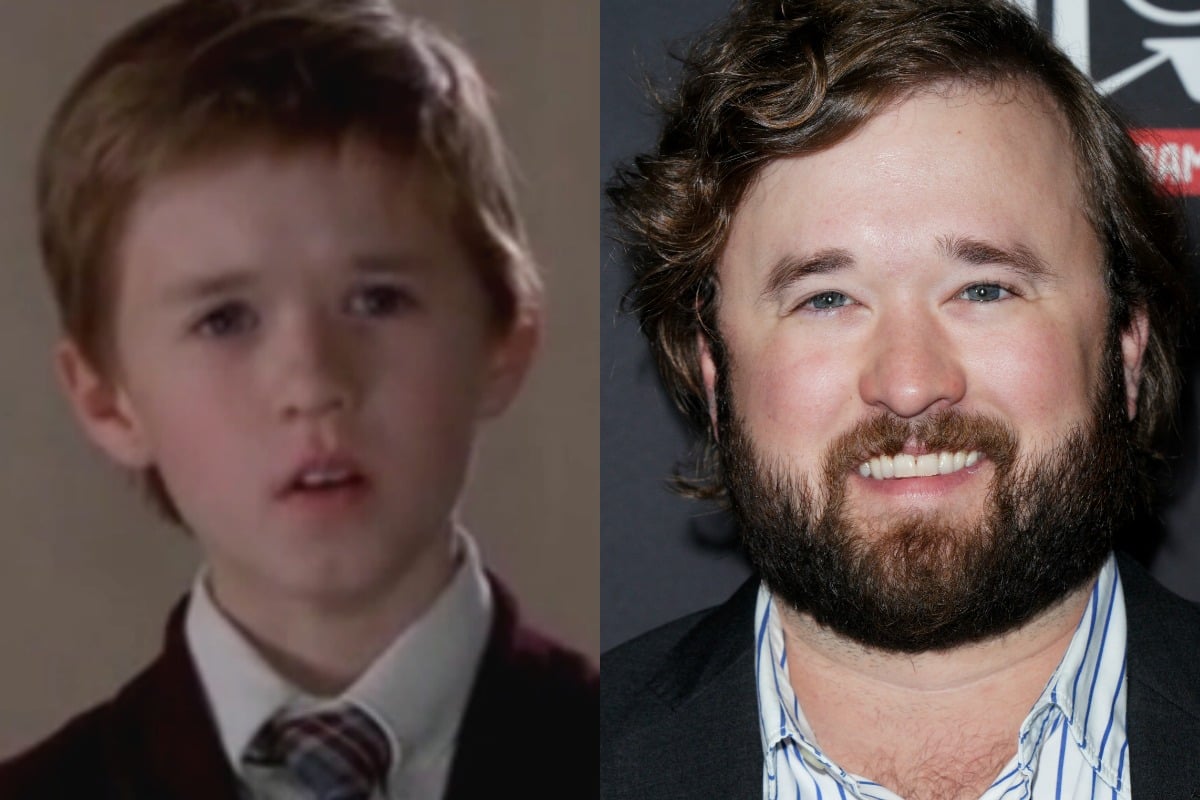 Haley Joel Osment was just 11 years old when he uttered one of the most iconic sentences in modern film history: "I see dead people."

The former child star, who became an overnight sensation in M. Night Shyamalan's 1999 horror movie The Sixth Sense, was an inescapable face in cinema around the turn of the millennium.

The young actor was first signed with a talent scout at four years old, when a stranger took his picture as he entered IKEA with his mother.

Just a few days after having his photograph taken, Osment landed a role in a Pizza Hut TV commercial.

From there, Osment's career kicked off as he starred in ABC TV sitcom Thunder Alley, before appearing in Forrest Gump in 1994, as Forrest Gump's (Tom Hanks) son, Forrest Junior.

After many guest appearances on various TV shows, Osment landed his biggest role yet in The Sixth Sense, after blowing away director M. Night Shyamalan at his audition.

Although he had a family background in Hollywood, with his father working as a stage actor in Los Angeles, it was Osment's sheer talent that helped him land the role.

"It was like I had never heard the dialogue before," Shyamalan said of the child star's audition, as per the New Yorker.

"He finished the scene, and he was crying and I was crying. I could not believe it. I said: 'Oh my God: Who are you?'"

Following The Sixth Sense, the actor appeared in Pay It Forward alongside Kevin Spacey in 2000, and Steven Spielberg's A.I. Artificial Intelligence in 2001.

But after the string of prominent film appearances and an Academy Award nomination for his role as psychic child Cole Sear in The Sixth Sense, the young actor seemingly disappeared from public view. 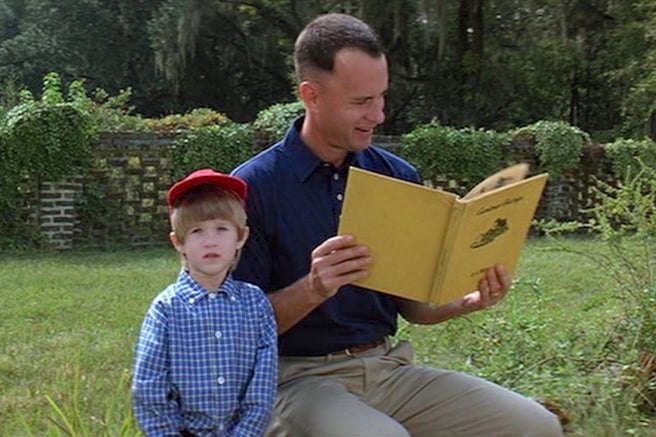 Unlike many child actors before him, however, Osment didn't disappear from the spotlight due to the often reported perils of child stardom.

Instead, it was all down to Osment's decision to focus on the formative years of his adolescence, turning his attention away from Hollywood and towards high school and college.

"I think sometimes there’s an expectation for there to be that darkness," the actor told The Independent last year. "﻿﻿﻿﻿But I think there are a lot more stories of people who had positive experiences working as children and didn’t have that kind of cliched storyline going forward. And that’s been the case for me."

When Osment first returned to school, he was not treated like a celebrity. After all, The Sixth Sense was deemed unsuitable for children.

"Most kids in my class didn't even see it," the 32-year-old told The Guardian in a new interview.

He previously told The Independent: "It intruded less on my personal life that I wasn’t in things that were being watched by my age rank. So going back to school, it wasn’t like I was on a show that everybody at school was watching at the same time, and I think it made the growing-up process a little bit easier."

"A film like The Sixth Sense burns an image of who you are into people's minds," he told the New Yorker. "In the midst of that it can be difficult to know who you are, or who you are becoming. College seemed like a manageable next step, a place where I could figure that stuff out." 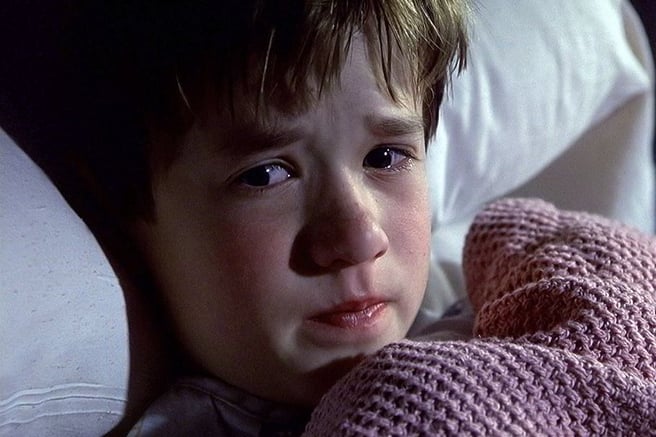 Before moving to New York, however, Osment made headlines when he overturned his car while driving under the influence.

The incident, which the actor now describes as a "terrible mistake", led to Osment being sentenced to 60 hours of rehabilitation, issued a fine, and put on three-year probation.

Besides the accident, which Osment says "could not have had less to do with Hollywood", the years between child stardom and Osment's adult career were largely "free of major indiscretion", as the New Yorker put it.

"I realise that I’m very lucky," Osment told The Independent, "﻿﻿ ﻿﻿because there were other kids who maybe didn’t have parents that looked out for them, or worked on film sets that were not wholesome, or where they were not protected. But that was not my experience."

Unlike high school, Osment was more of a familiar face to his peers at college, but he was able to find more anonymity in New York as opposed to Los Angeles.

"It was easier to blend in there. The more successful you are, the less you are able to do that," he told the New Yorker.

Speaking to ﻿The Guardian﻿, the 32-year-old shared that he even grew a beard "to try to hide in public".

While studying, he made his debut on Broadway to mixed reviews, before appearing in an indie film. 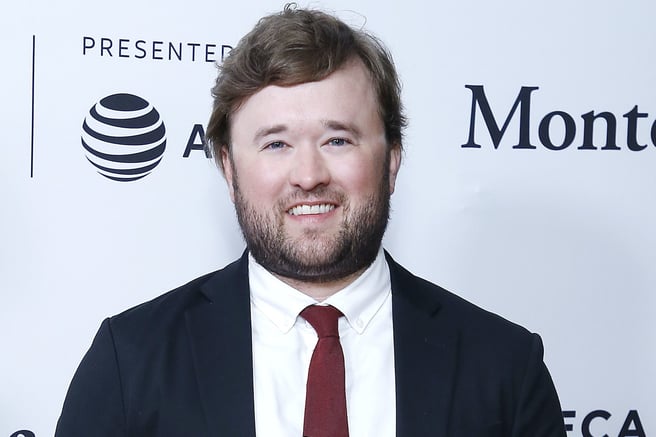 "There was this five to six-year period when I was at school [at NYU] and I was not appearing in a lot of things. I did an indie film, I did a show on Broadway when I was in college that was not that successful," he told Vulture in 2017.

Following his years in college, the actor appeared to choose roles deliberately unlike those of his youth, choosing instead to play "a lot of bad guys", such as a million in movie Entourage in 2015 and a Nazi in Yoga Hosers.

He also spent the last two decades forging a career as a voice actor for a number of video games, including the wildly successful Kingdom Hearts video game franchise.

More recently, Osment has had small roles in Netflix's Ted Bundy film Extremely Wicked, Shockingly Evil and Vile, Amazon Prime series The Boys, and What We Do in the Shadows.

Osment, who has now returned to Los Angeles in the hopes of work in the industry behind the scenes, isn't afraid to talk about his past as a child star.

"When you get lucky as I did and work on some amazing films at a young age, one of the career drawbacks is that the image of you as a child is burned into people's minds for a long time," he told The Telegraph.

"Of course I'm proud that the films are still loved and stand a good chance of being watched for many years to come. But for an actor it's important to keep diversifying and hope that people will see the span of your work rather than just that moment in time."