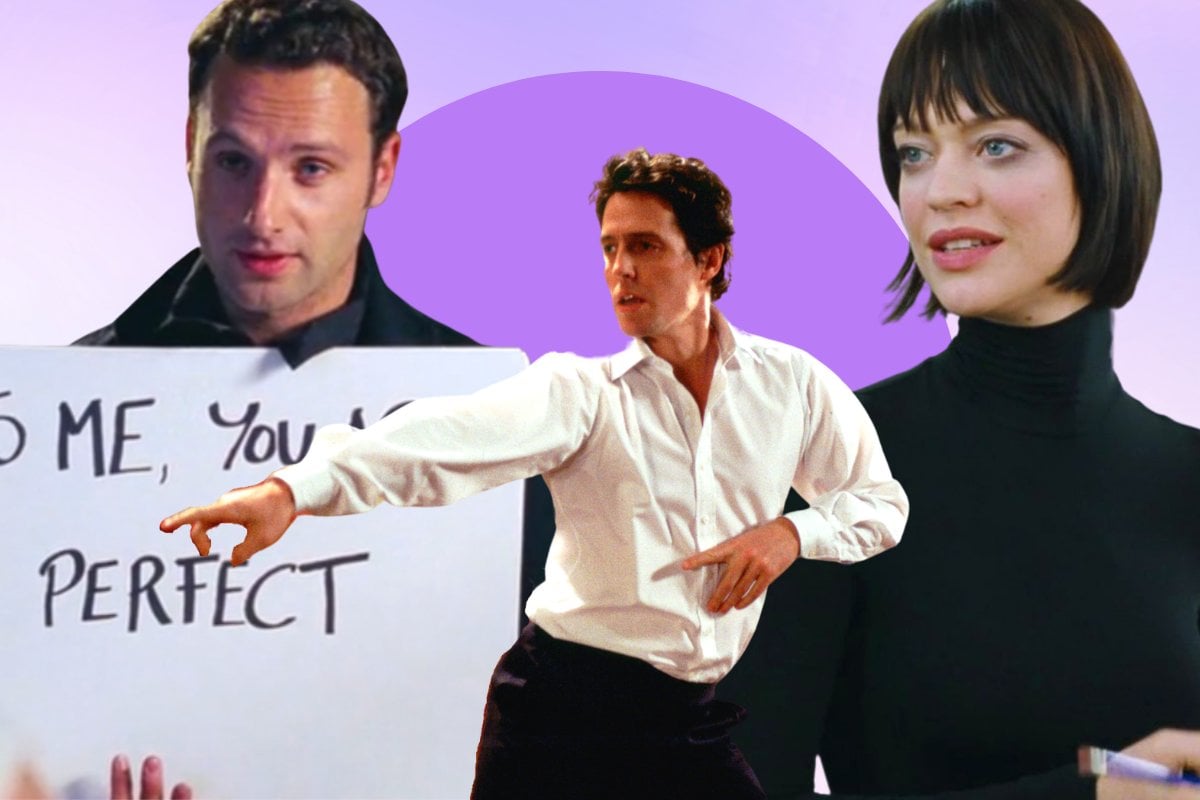 At this point, Love Actually feels like a member of my extended family.

I only see it once or twice a year, but it's always memorable. It's mostly enjoyable, but there is some... eccentricities I can't ignore. There are a few times I'll have to shuffle in my seat uncomfortably and remind it that 'you can't say that anymore'. But I enjoy it for the pure entertainment value. It'll do something stupid, and probably cause some Christmas Day drama.

It's like a car crash you can't look away from. I know I shouldn't anymore, but I love it.

Watch: How do you know if you ACTUALLY love someone? Post continues below video.

One of the wildest things about Love Actually is that so many of the people we meet during its two hours and nine minutes run time objectively suck. We should hate them. And yet, the magic of Christmas and that airport reunion scene means we look past their many, many flaws.

But I'm here to cut them down a peg or two.

First, let's get the good ones out of the way:

Now, onto everyone else. Who, FYI, all suck: 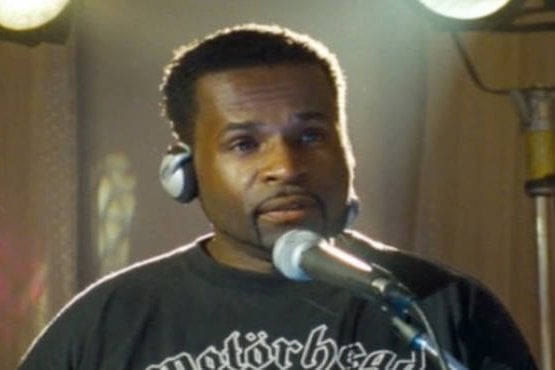 There is simply no excuse for playing a 'Puppy Love' cover performed by a S Club 7 spin-off group.

18. The woman who finds Aurelia to clean Jamie's house. 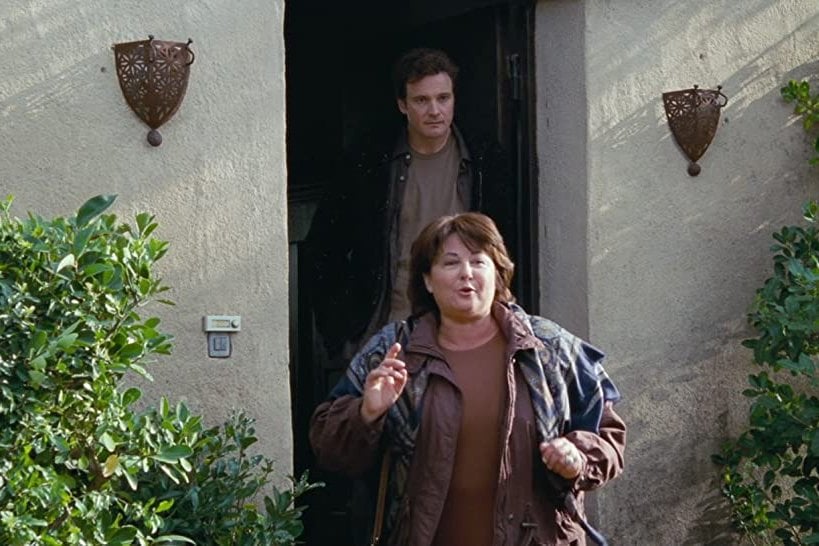 So, you're a French woman who can no longer clean the house of an English author. No worries. It's fine, right? Because you offer to find him a suitable replacement, and you definitely won't put a young woman in a very awkward, possibly exploitative position. 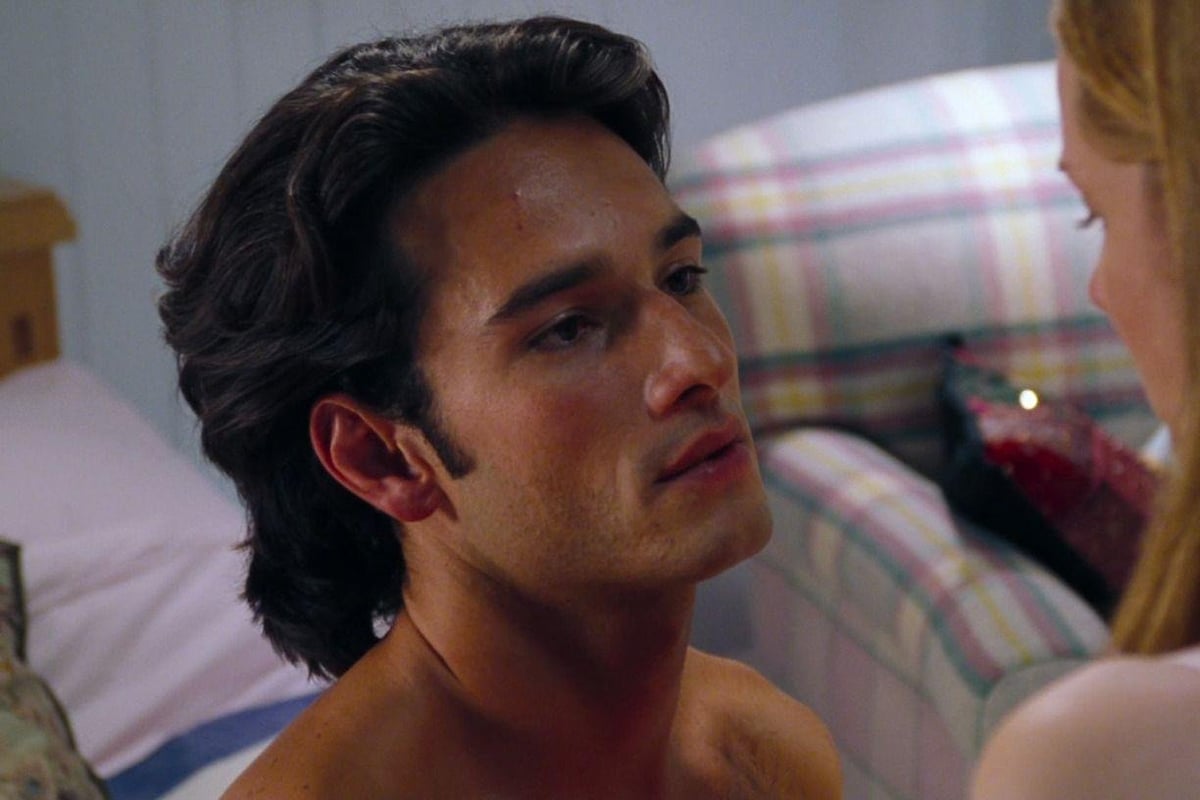 When the woman he's making out with gets an urgent phone call, he... puts his clothes on and leaves. HE DOESN'T EVEN ASK IF EVERYTHING IS OKAY.

Then when he next sees her at the office, all he says is "goodnight".

DUDE. LITERALLY. JUST. ASK. WHAT. IS. GOING. ON. AND YOU WILL UNDERSTAND.

We do not stan a man who cannot communicate. Laura Linney deserved her happy ending, Karl, and you ruined it. 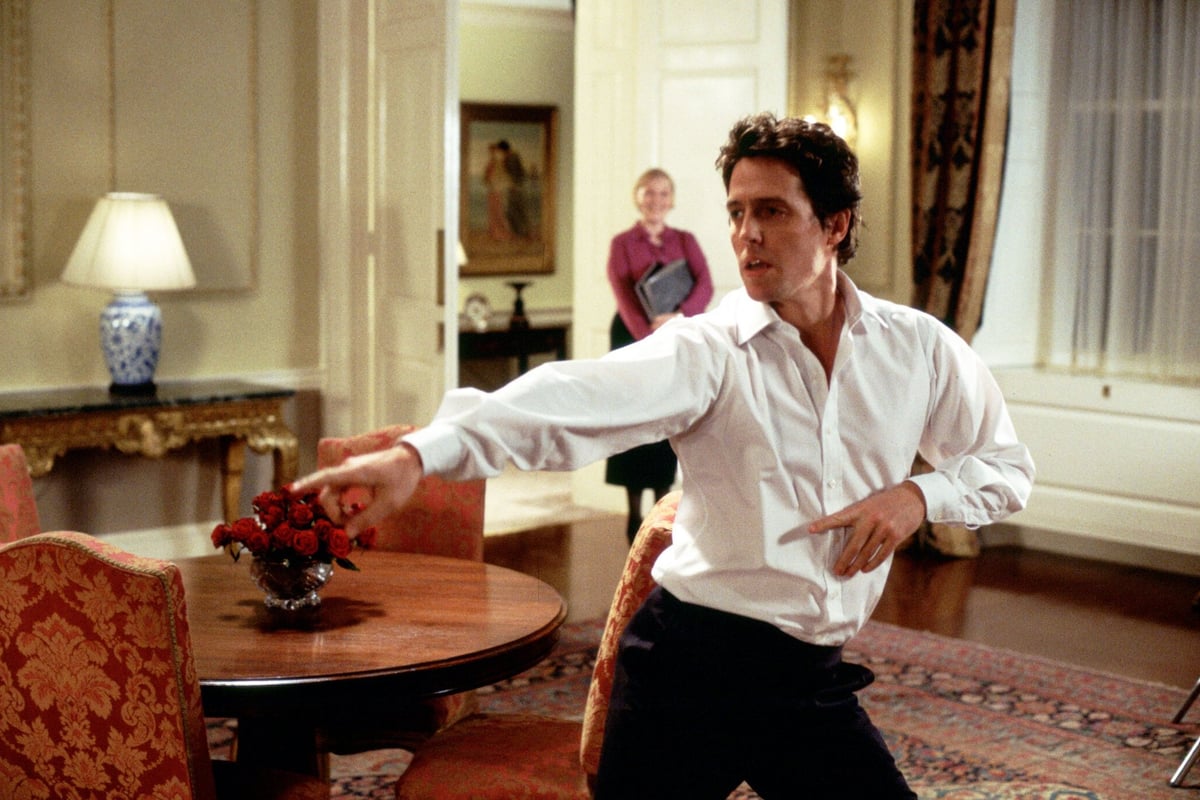 The Pointer Sisters dance scene is my favourite thing to ever happen on film.

But besides that, PM David is a bit of a numpty.

Firstly, he has an enormous crush on his employee and goes about dealing with that by having her 'redistributed'.

He also creates an international diplomatic incident because of said crush. And look, Billy Bob Thornton's US President is horrible (more on him later), but when you're leading a nation, you should probably be able to have an adult conversation and call someone out privately, before destroying the relationship with your most important ally. 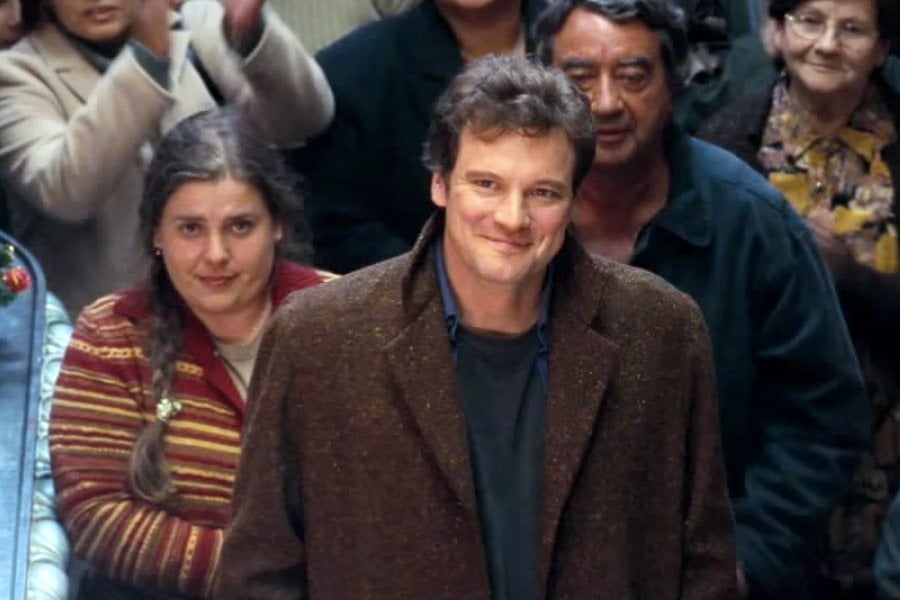 Jamie's not a bad person, but check 👏 your 👏 privilege 👏 man.

1. Why does he need a housekeeper for his French cottage when he is the only one there? Can you not wash your own tea cup, Jamie? Sort it out.

2. He knows literally nothing about the woman he supposedly loves because they have never had a conversation. Because they cannot understand each other. So he literally loves her for... washing his tea cups and looking nice in her underwear when she jumped in a lake to save his novel.

4. PUBLIC PROPOSALS SHOULD BE A CRIME.

Jamie's most redeeming feature is that he is also Colin Firth, who remains one of the greatest loves of my life. 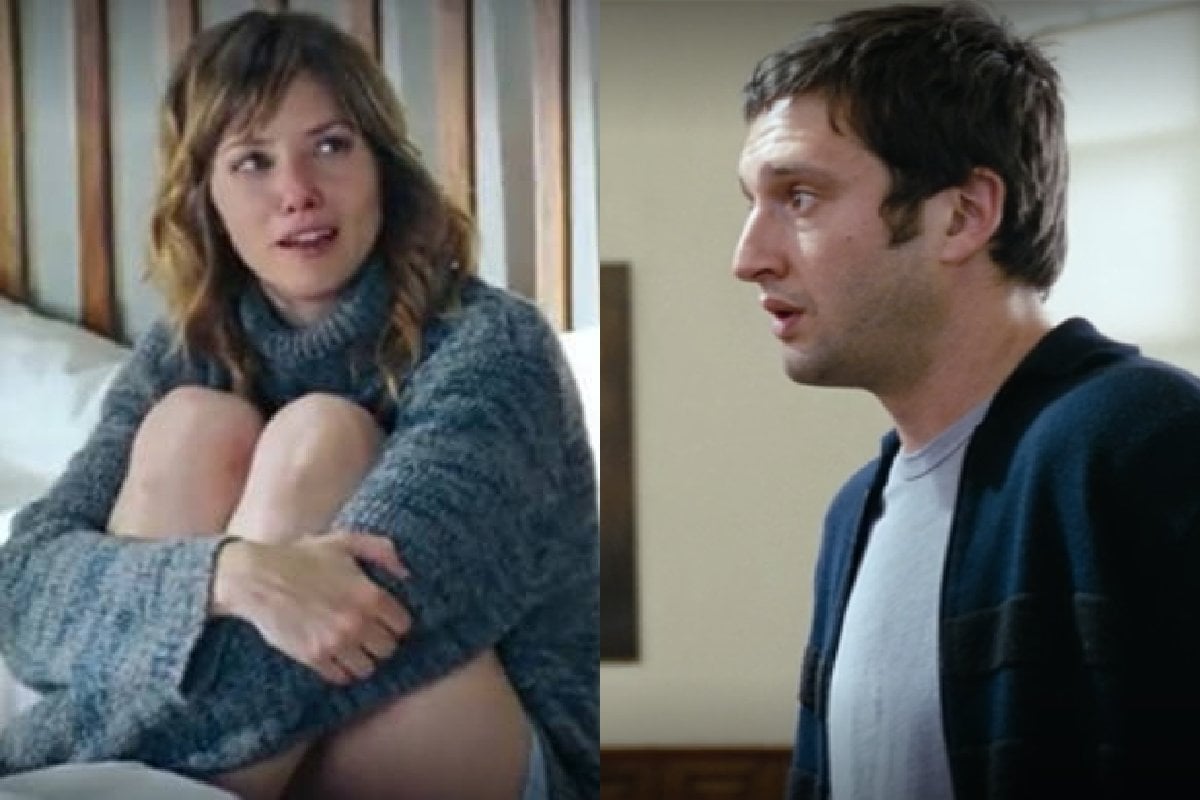 I wonder if the niece who hates Uncle Jamie also hates her other uncle, for f***ing Uncle Jamie's girlfriend.

13-9. Stacey, Jeannie, Carol-Anne, Harriet "The Sexy One" and Carla "The Real Friendly One". 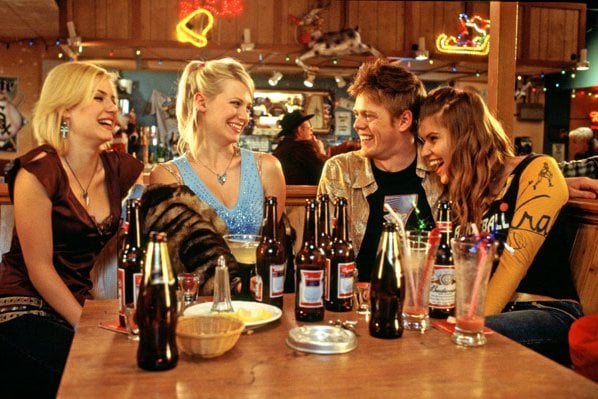 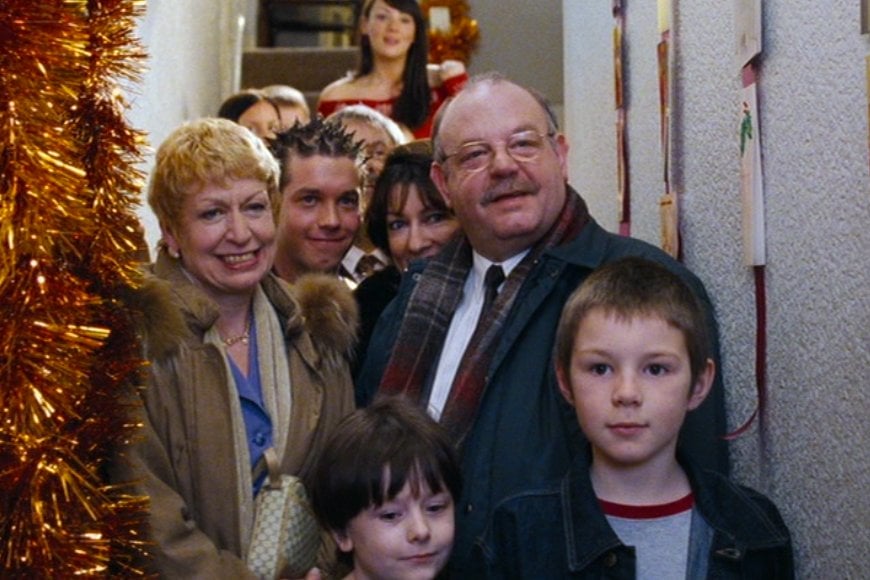 In no world is "plumpy" an acceptable nickname for your daughter. Are you paying for her therapy? No, I didn't think so. GTFO.

Well, this is Annie: 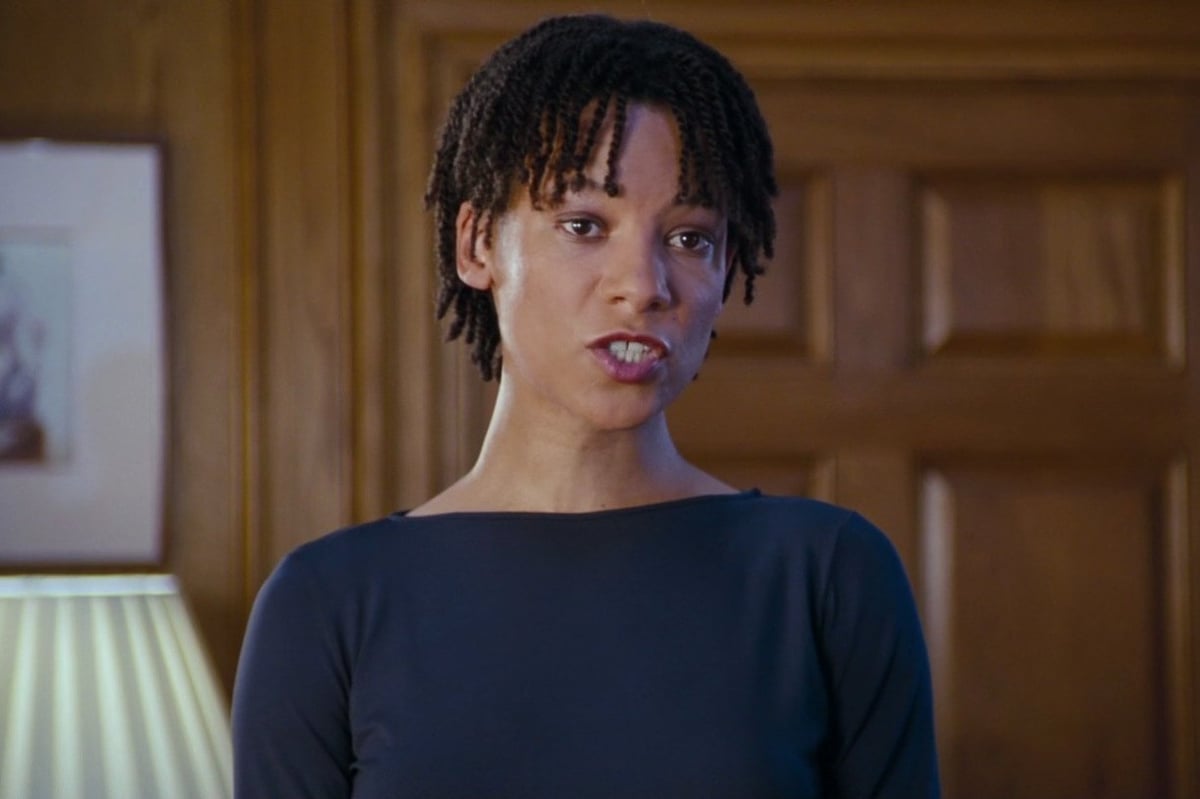 Annie is PM David's Chief of Staff, and she is unnecessarily mean.

She agrees to 'redistribute' Natalie, after first engaging in a wee spot of body-shaming by describing Natalie as "chubby" and having a "sizeable arse and huge thighs".

Internalised misogyny is a real b*tch.

David, fire Annie and replace her with your singing bodyguard. He would never. 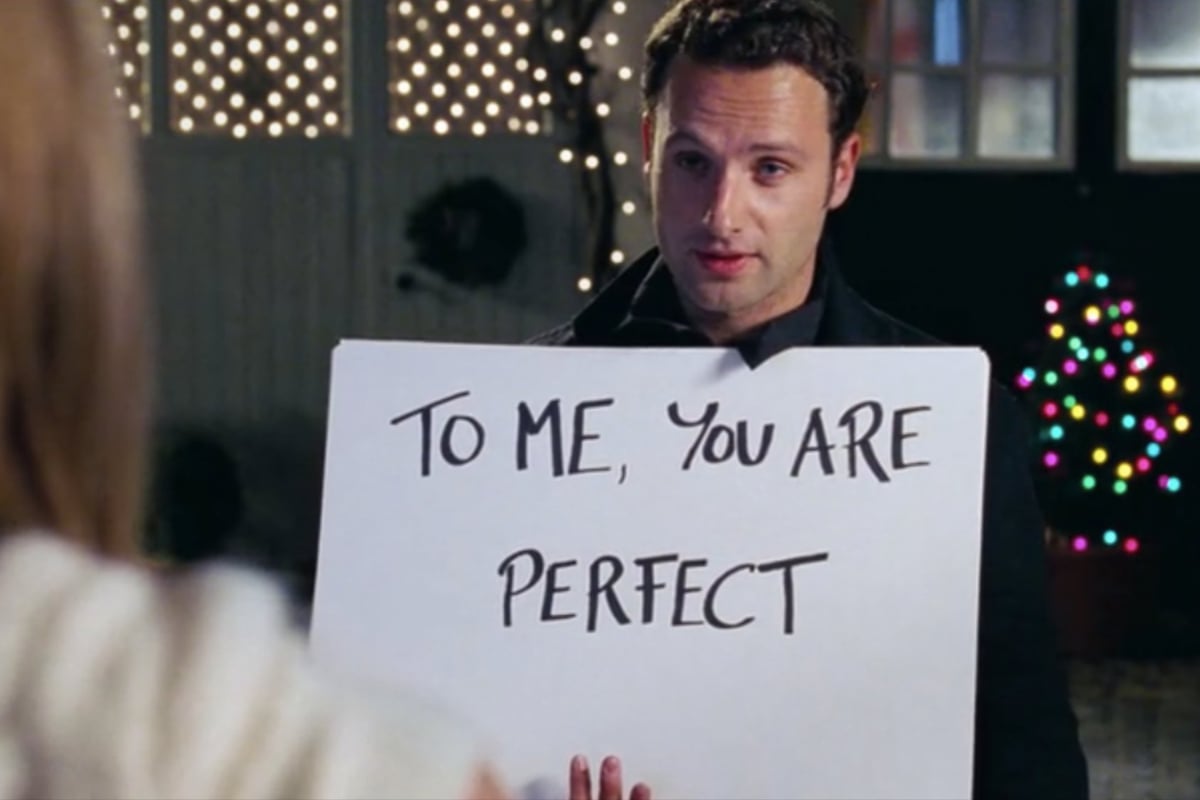 It may be controversial to have Mark, the greatest fictional stalker of our generation, outside of the top five. I can acknowledge that.

He's weirdly obsessed with his best friend's new wife, and he deals with this by being a total d*ck to her. When he eventually confesses his feeling, he does so in SUCH a risky way. Her husband/his oblivious bestie could wander out at any time. AND THEN WHAT, MARK? THEN WHAT?

But after those cue cards (which, will probably make things really awkward for poor Keira Knightley for the next, idk, 50 years of marriage???), Mark seems to make the decision to move on. So, I don't hate him. I mostly just... pity him. 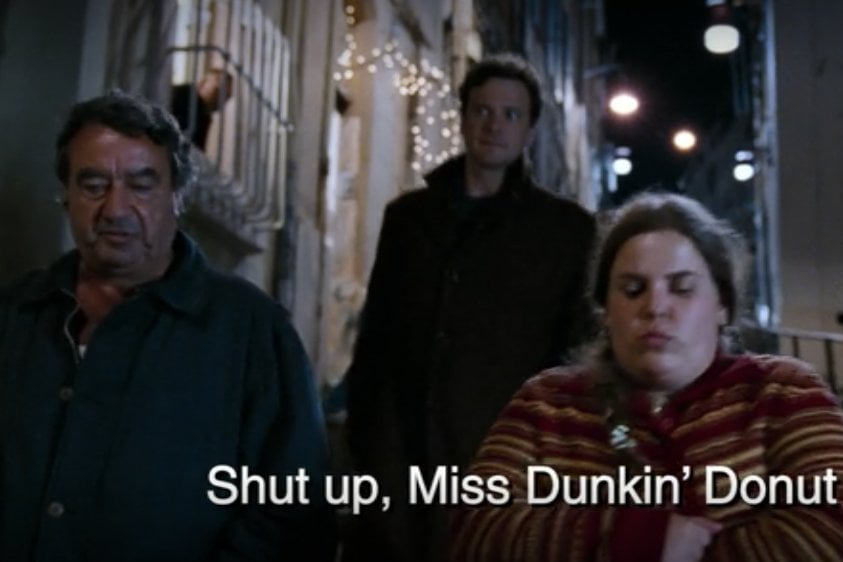 This man was willing to sell off his daughter to a strange English man at the drop of a hat. Maybe he would've enquired more into that Pretty Weird Scenario, but he was too busy calling his other daughter Miss Dunkin Donuts 2003. 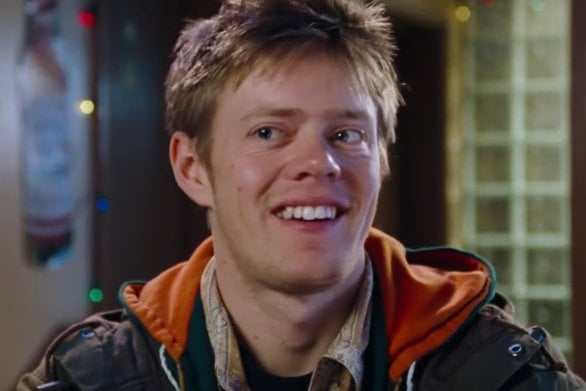 Colin, the reason women don't want to sleep with you is because you're an a***hole.

(Slot Colin's mate Tony - the one who calls his mate ugly and directs John and Just Judy's fake sex scenes - in here too, because he's so unremarkable I couldn't be bothered to give him his own spot.) 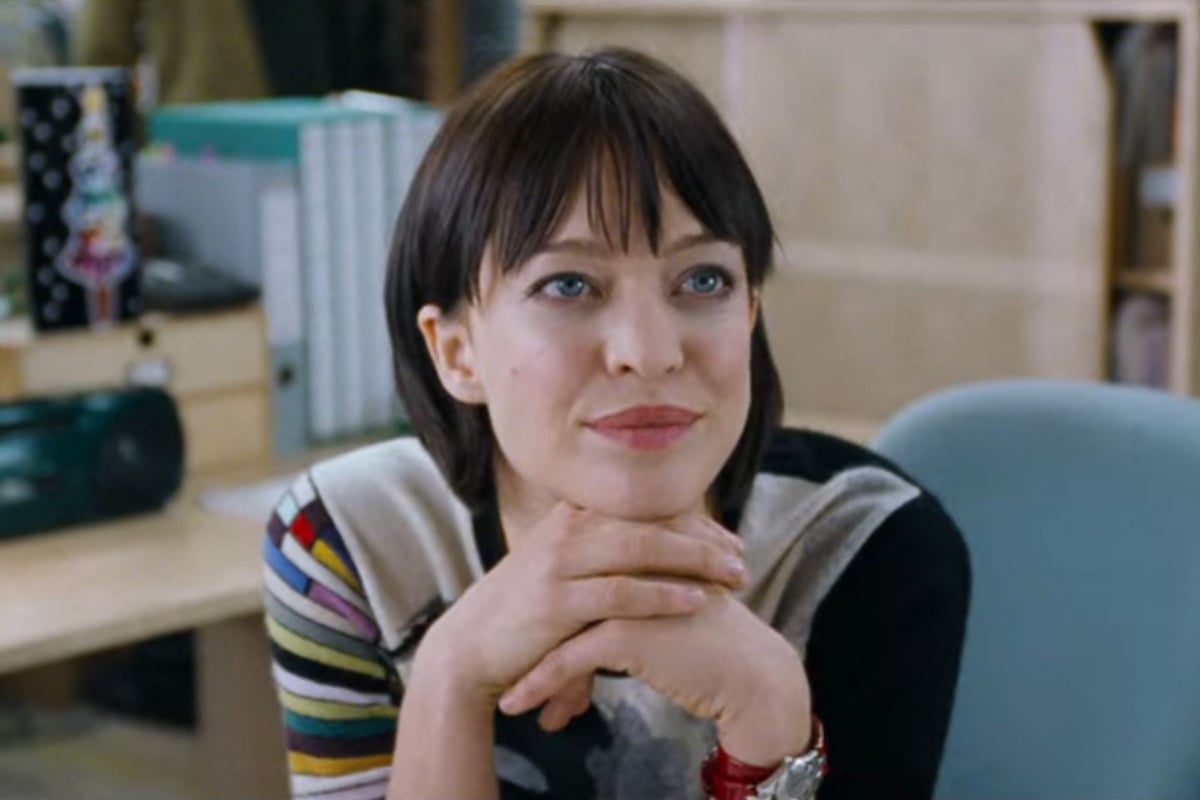 Yes, the onus was definitely on Harry not to cheat on his wife, but MIA STILL SUCKS.

She knows he's married with children, and she still brazenly - REPEATEDLY - pursues him, even at the office Christmas party in front of his wife. There's nothing redeemable here.

Also, why does she dress as the devil for a Christmas party? Halloween was six weeks ago, Mia. Grow up.

2. Billy Bob Thornton as the President of the United States. 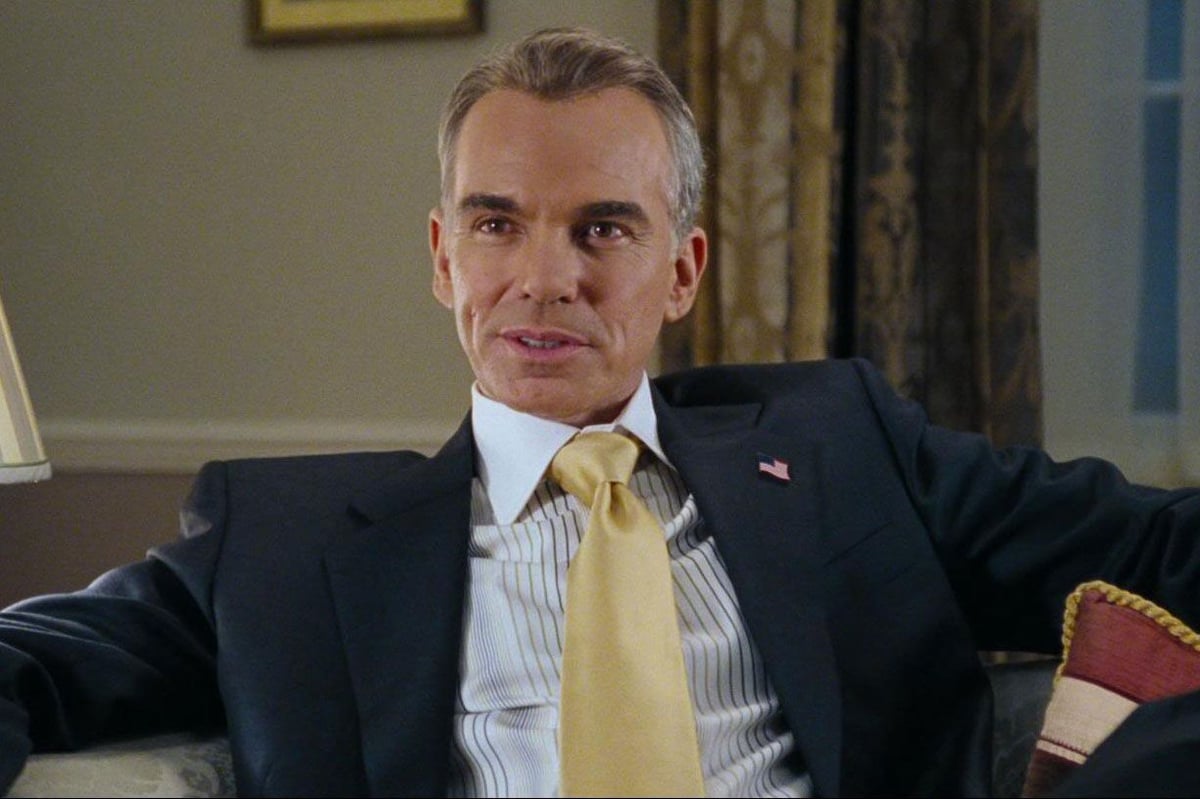 Billy Bob's prez is straight up gross, using his position of power to make women uncomfortable. We don't know what happened behind that closed door before David walked in, but you just know Mr President was getting cancelled on Twitter a decade later. 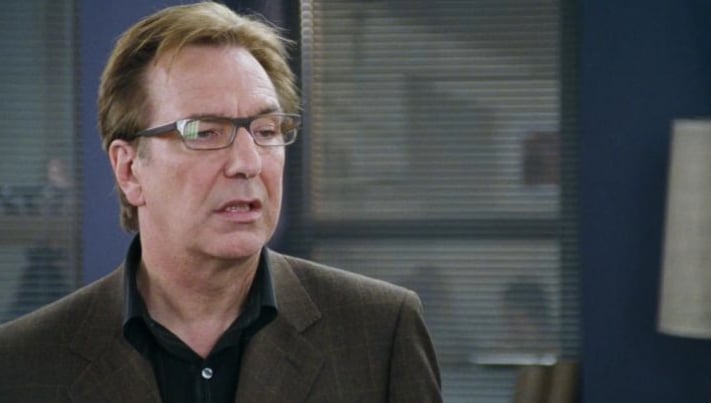 You cannot possibly watch that scene and not think Harry is the worst character in this film.

As a boss, Harry should've shut down Mia's flirting and innuendo long before it got to the point where he is standing there, impatiently waiting for Mr Bean to package up a (very ugly!) necklace he's buying for his thirsty employee.

Then there's the side issue of him knowing that there's an office pest called Kevin who touches his coworkers breasts at parties, and he... literally does nothing to stop it. I know this was pre-Me Too but WE NEED TO CANCEL THIS MAN.

Me, hold a grudge? After all this time?

R
rua a month ago

Reply
Upvote
This article has made me remember how I've never seen what the fuss was about and just how much 'The Holiday' is a much superior Christmas movie.